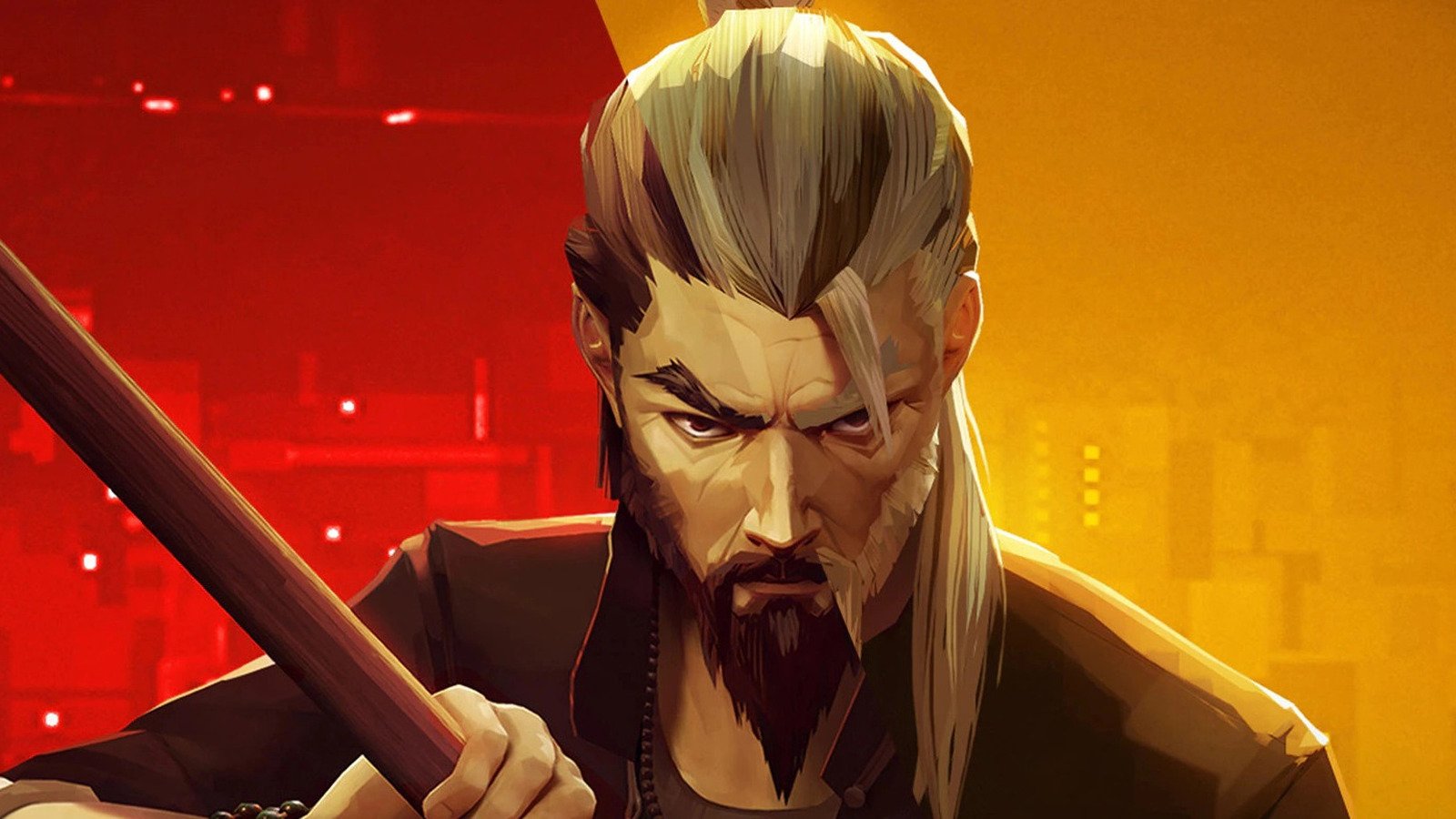 The Ending Of Sifu Explained

Not every journey’s end provides the answers we seek. With the release of Sifu on PlayStation 4, PlayStation 5, and Microsoft Windows, up-and-coming kung fu masters will meet their end once they manage to bring the murders of the player’s father to justice. Even though Sifu may seem short, Sloclap’s newest title actually contains more than one ending. With three conclusions that are all canon to explore, this is all of Sifu’s endings explained.

First of All, Who or What Exactly is “Sifu”?

Before diving into all three endings, it is important to grasp the concept of what, or rather who Sifu is. During the last level of Sifu, the final confrontation with Yang provides plenty of revealing details about the game’s title for those who are unaware of what it exactly means. For players unaware of the term, “Shifu” (Mandarin), or rather a “Sifu” (Cantonese), is a person of great skill who can also be referred to as a master.

Yes, the old master player kills and leaves his disciple for dead when taking control of Yang is the titular character of the game. Players are never told what the Sifu’s actual name was. While this may sound disappointing, the narrative of Sifu gives a proper reason for this that can only be understood after experiencing each of the game’s endings–but we will get back to that soon. For now, it is important to understand that Sifu refers to the player’s teacher who is killed by Yang during the opening of the game and the title for the mantle of master.

ith that crucial detail in mind, on a first playthrough of Sifu, almost all players will encounter the title’s bad ending because of how they are taught to play the game: bring every opponent that stands in your path to their knees. Sifu’s bad ending is unlocked by naturally defeating each boss through the act of murder and achieving revenge. Sifu’s bad ending will initiate only after killing Yang during the final battle of the game.

In the bad ending, the death of Yang brings no joy to the protagonist as they watch him fall with only a face of sad reflection. Sifu’s narrative from here on can be seen with various interpretations, but no matter the way you look at it the key points will still stand. After Yang dies, the protagonist envisions their younger self in a cloudy red room standing above two gravestones. Upon approaching the graves, they hear an unidentified voice arguing with Sifu. Due to Yang and the Protagonist both being the master’s former students, it is quite possible that the mysterious voice can be attributed to either character.

Nonetheless, the scene depicts a heart-wrenching argument between the student and the master. During the conversation, Sifu yells at his student that they were supposed to guard his magic talisman rather than steal it. The student then yells back that taking it was the only way to save “them”. Sifu then declares that the person who took the talisman was unworthy of the relic and broke his oath.

After this conversation, the story can be viewed in two vastly different lights. Either the protagonist or Yang could have potentially once stolen the necklace. If the player is to believe it was the protagonist, the conversation implies that they failed Sifu’s vision for the future. However, if they view the young student as Yang, the conversation alludes to the fact that the crime boss’s life was bound to end in failure and regret with no possible moral high ground. All Yang wanted to do was potentially save a loved one but was denied such a privilege. No matter which way the player sees it, both the protagonist and Yang failed to find a path of greater ethics and morals.

The scene ends with a white screen that introduces “wude”; the idea of martial arts morality and the ethics behind fighting. To keep things simple, wude is tied to kung fu as the concept explains how engaging in combat is more than just a battle of strength, but a war of ideas. To Sifu, killing strayed far from his moral compass and leaves the protagonist only feeling guilt for their actions–hence again why the mysterious voice can be either Yang or the protagonist.

Sifu’s narrative focuses on ideas of revenge and redemption, yet the former subject has always been a complicated topic when looking at its placement in Chinese culture. Sifu’s developers have clearly have gone with the modernized way of abandoning revenge in favor of kindness. Driven by guilt, the protagonist is able to “reset” his days taking down every crime boss to give them a second chance. Players who want to see Sifu’s good and true endings have to replay the entire game, but this time spare the lives of each boss rather than finishing them.

After restarting the adventure, Sifu asks players to take on a new route in life and spare each boss after depleting their health bar. Rather than throwing down one final finishing blow on each villain, players now have the option to force their enemy to surrender when they are exhausted of their strength. If each boss is successfully defeated without being killed, the player can see an alternate ending to each confrontation.

This time when the player defeats Yang, rather than envisioning a red room the protagonist awakens to the gravestones being lit by natural sunlight. During this sequence, the player’s health bar disappears and they must make one final stand against Yang. No matter how well the player performs, death is the only outcome to their tale. When the player manages to get the upper hand on Yang, the room slowly grows red before transitioning into a cutscene. Before making the same blow that previously killed Yang, the protagonist accepts the idea of wude; in this case, being killed by his foe is the only correct moral end to their conflict.

After being killed by Yang, rather than receiving another monologue on a white screen, this time the symbol slowly fades out to reveal the player laying down within a cave. With only a peaceful atmosphere in sight, it is clear that Sifu’s protagonist is no longer in the land of the living. By fulfilling the act of wude, the protagonist is able to transcend to a realm above reality–an afterlife so to speak where the protagonist will only find true tranquility. In the afterlife, the player simply walks up a mountainside to take in one final breath of fresh air as they gaze upon a peaceful horizon before the credits roll.

The True Ending — New Futures Ahead

Rather than having to play through Sifu for a third time, the true ending is a small post-credits sequence that activates only if the player gains all of the five different talismans (water, earth, metal, fire, and wood) before fighting Yang–these can only be obtained by killing every boss and sparing their life on a second playthrough. The post-credits does not give players too much insight into the story’s future, but the short scene does provide plenty of implications as to how the protagonist’s moral actions forged a better path for Yang.

In the post-credits scene of Sifu, a man in robes (similar to Yang although multiple characters wear a similar outfit) sits at a desk seemingly within some sort of dojo. A young student who approaches the master yells out “Sifu!” before walking off-screen. Provoked by the calling, the man leaves his chair behind with the protagonist’s magical talisman on the desk. With one spoken word of dialogue and a couple of consistent details, players are able to gather that Yang became the next Sifu and has adopted a new prodigy under his wing.

Based on the true ending’s conclusion and the lack of a health bar during the sparing of Yang, it is more than reasonable to guess that the crime boss is the mysterious man in the post-credits scene even if we do not get to see his full face. As for the glowing of the talisman, the object’s presence alone leans into the idea that perhaps Yang continued Sifu’s legacy in a way despite ending his lineage–a perfect bookend to the opening assassination sequence as the master’s legacy lives on despite his downfall. It is possible the protagonist could have lived, but unless Yang had a change of heart after killing the player then there is no definitive evidence.

Sifu’s developer Sloclap has already announced that their fighting adventure game will be receiving new content in the near future. Perhaps in the near future players will get some form of an extra story that further explains where Yang went next after his final confrontation with the protagonist!