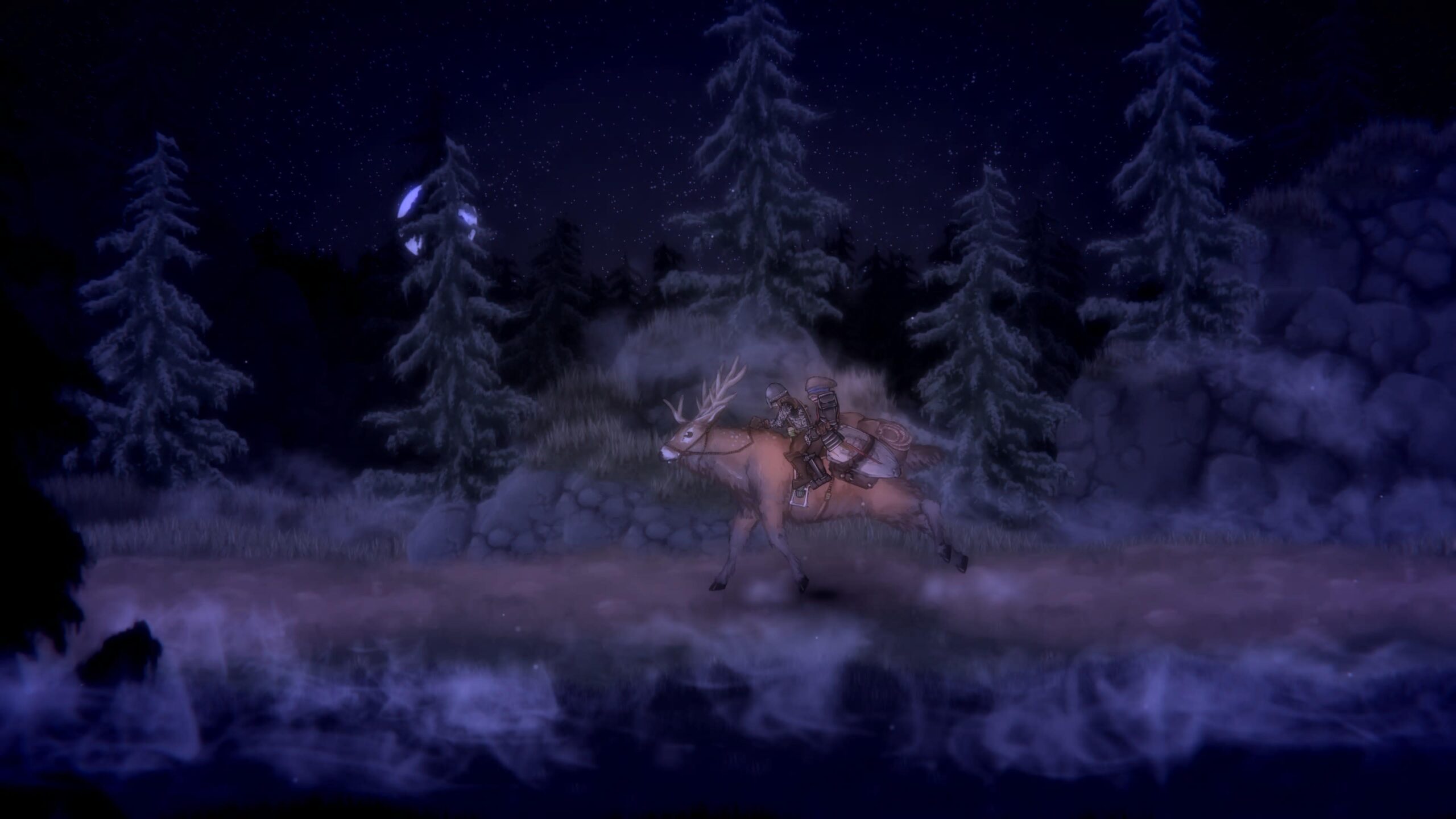 When it comes to seminal souls-likes, Salt and Sanctuary is among the most influential and original of the bunch. It was also one of the first, emerging early on in 2016 before Dark Souls III had even arrived. With this fact in mind, it’s been a long wait for Salt and Sacrifice, but it may have been better off waiting a bit longer, to be honest.

A Sacrifice of Quality for Ambition

Salt and Sacrifice steps out boldly from its opening moments, seeing a galloping mount carrying two warriors to their destiny in a stunning display. Unfortunately, the sequel rarely reaches these heights again as it carries on for the remainder of its stead. Of course, you are summarily killed at your first boss fight, and the game begins properly in the hub area.

Sadly, the hub area is a true one at that, meaning you must come back to the village every time you want to level up. It’s an increasingly common, yet still quite bad, trend in souls-likes that this keeps happening, but for some reason, it still does. What makes matters worse is that this is a full-on Demon’s Souls level of degression, which is to say that you travel from the hub to a few key areas where the actual adventuring takes place.

If this were the only problem with Salt and Sacrifice, it would be much more forgivable. However, the game is filled with bad design choices, and despite its many years of gestation, it feels less responsive and intuitive than its predecessor in almost every way. Enemies surround you in mobs, hit you from off-screen while you’re in mid-jump, and occasionally one-shot you in the most frustrating of ways.

Worse still, bosses that you’ve already killed often reanimate while you’re fighting other bosses, bringing their minions to make your life even harder. The game follows the efforts to destroy chaos-sowing mages in a dark fantasy medieval realm, but no matter how many times you kill the mages, they always pop back up in the areas of Salt and Sacrifice.

Since mage-hunting often takes place across wide expanses of the map, with the mages teleporting around and summoning in stronger waves of enemies while you battle them, it’s not at all rare to run into another mage, whether you’ve fought it already or not, which is also summoning waves of enemies in. This becomes increasingly frustrating as you reach the latter, tougher enemies and bosses of the game.

Finally, while we’re on about the faults of the game, two more things need to be pointed out. The first is how awful projectile and throw items aim in Salt and Sacrifice. In 3D, maybe you have the time to aim properly before you throw an ax or fire your crossbow, but in 2D, particularly with enemies this fast or wielding projectiles of their own, you may as well not bother with this gameplay element at all.

Now, with all of that out of the way, you may be shocked to learn that Salt and Sacrifice isn’t an out-and-out bad game, just one that’s so poorly balanced that you’ll be irritated at least as often as you find yourself enjoying it. We don’t offer games a numerical rating around these parts, but for sites that do, a score of 5 or 6 is still considered mediocre, not awful. As the gaming community grows increasingly polarized, for some reason, I still need to remind folks of facts like these.

This review has largely been negative, to be sure, but Salt and Sacrifice wouldn’t be half so disappointing if Salt and Sanctuary weren’t so incredibly good. Generally, a sequel capitalizes on the strengths of its forebearer and improves on the elements that helped it to soar rather than introducing so many new elements and challenges that it becomes too big for its britches.

I’m not without sympathy for Ska Studios, as following up a surprise hit must be daunting for such a small indie team. Unfortunately, though, Salt and Sacrifice just misses the mark so often that you might find yourself throwing in the towel before you even bother with the last mages or bosses. For this reason, the game is a bust in a way that’s almost unforgivable for a sequel that was over 5 years in development.

Putting Salt in the Wound

I spent over 25 hours trying desperately to love this game, but the more I persevered, the more the game began to feel like work to play. Naturally, souls-likes will be like that sometimes, but the game should push you to want to come back rather than making you feel like you need to get your money’s worth. Salt and Sacrifice is one of the weakest sequels I can remember playing in years and is a glaring blight on its predecessor rather than an improvement.