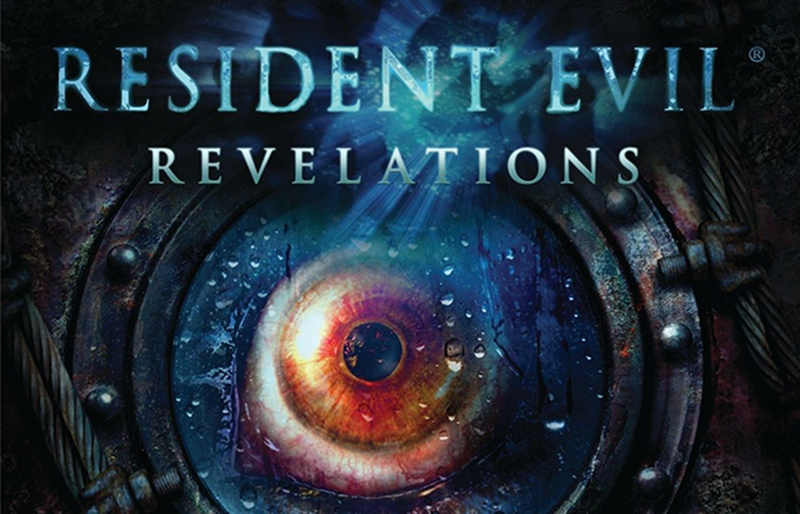 Resident Evil has been in the midst of an identity crisis since the ground-breaking fourth entry, stuck between trying to please fans of the survival horror aspects of the prior three games while also hoping to attract a wider audience with the series’ new emphasis on freer gunplay and gonzo action. Perhaps no game in the franchise has tried to straddle that line more than Resident Evil: Revelations, its episodic structure emphasizing both kinds of gameplay and atmosphere types, alternating between the two and providing some of the clearest examples of what works best in the RE world: namely, the scares.

The Resident Evil games did indeed start out with those very creepy haunted house vibes, but lately the famed series’ entries feel more like Michael Bay movies. Since the move to 3D, ammo has been exploding with an increasingly reckless abandon, the soap opera plots have gotten even more convoluted and utterly ridiculous, and the laws of physics are continuously being pushed and broken with all of the totally sweet/dumbass hero moments. Lost in all of these epic boss fights and and citywide destruction, however, is the fright. The result of this is a growing chorus of voices pining for the good old days of spooky mansions and subterranean laboratories. While no one is itching to return to the cringe-worthy tank controls of the earlier games, at least the pacing and atmosphere of those classics clung to a quieter, eerier atmosphere to go with the splats that felt like a nice cross between psychological horror and a grindhouse flick. Revelations tries to draw from this well to a certain extent, and when it does the game truly shines, reminding players how good this franchise can be when it wants to make skin crawl. 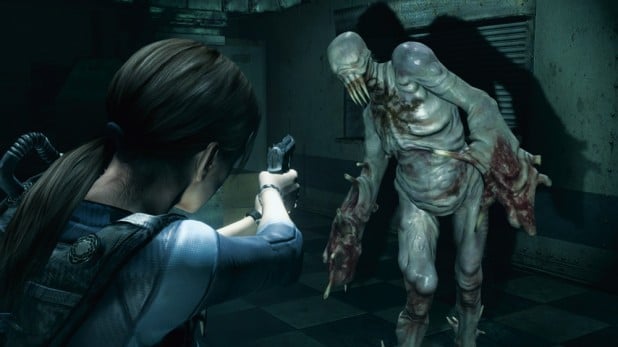 The portions of Resident Evil: Revelations that take place aboard the abandoned cruise liner Queen Zenobia hearken back to the focused exploration of its earliest iterations, recalling the labyrinthine hallways and decaying opulence of such locations as the Spencer Mansion and the Raccoon City Police Department. The contrast between the horrific events taking place and the luxury surrounding them has always been jarring, a great way of getting across a twisted story by playing on expectations of safety and fears that we could at some point become puppets of the wealthy without even knowing it. Most importantly, these segments are heavily steeped in the classic cinematic tricks of the scaring trade, relying on ambiance to build tension instead of manufacturing it with silly “game” devices (i.e., waves of enemies on a timer or stupid escort missions). Stark lighting that creates flickering darkness, glimpses of shadowy figures who quickly disappear into the night, and environmental misdirection that has players jumping at the sudden wafting of a curtain or scurrying of a rat all tap into our primitive instincts for self-preservation.

In another example of Resident Evil: Revelations taking a cue from its ancestors, sound design takes center stage when it comes to tweaking the nerves. There are the usual leaky pipes echoing throughout the rusty hull, the pelting of rain and crack of thunder from a persistent storm, and the creaking of cabin doors as they slowly open, but these are only table setters, noise that could easily fade into the background if it weren’t for the pervasive silence accompanying them. Unlike so many games that continuously drown out ambient noise with blaring music, afraid of under-stimulation, the Zenobia is often as still as a graveyard, and so that any peep sends a jolt down the spine. Revelations knows that what can’t be seen is what is most scary, and so the raspy echoes of “may-day” reverberate from the communications room, and the reason for a recent corpse’s sudden disappearance is hinted at with throaty giggles throughout the air ducts. Something wicked this way comes, and just thinking about it getting closer is enough to chill the bones. 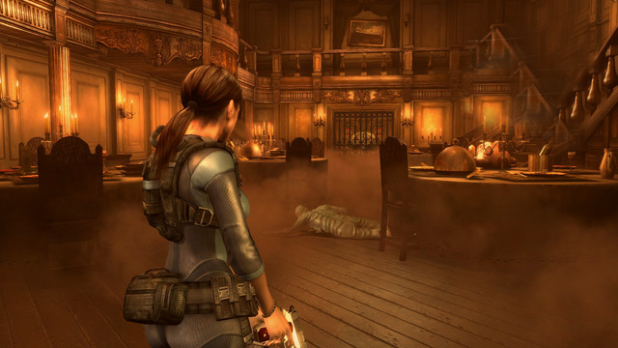 This all gives Revelations a classic Resident Evil feel at times. Ammo is actually a bit scarce, conservation and running are important, and though Jill will often have a partner with her, there are numerous lonely scenarios that elicit shades of her traumatic past. However, there is a flip side to this coin (which won’t have to be inserted in a statue’s missing eye or the sun-shaped hole in a painting, I promise).

To break up all the excellent horror vibes that the cruise liner exudes in Resident Evil: Revelations, Capcom decided to include some action-oriented segments. These could be flashbacks or parallel stories, but regardless they almost always ruin the game’s creepy momentum with their silly running and gunning. Whether just from the sheer amount of machine gun rounds fired and grenades exploded or the incredibly bad dialogue from two of the worst side characters to appear in any game ever, all the tension built up by the carefully constructed atmosphere of Jill’s story is torn down during these stages, necessitating a fresh start once enough monsters have been blown away to satisfy the mission requirements. The gameplay of Resident Evil games, better as it has gotten with the shift in perspective, has also never really lent itself well to fluid action, and so there is a stiff, awkward feeling while playing these side quests that they don’t really seem to fit. 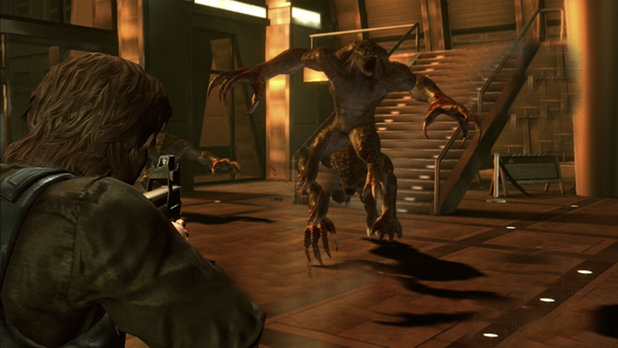 And that is because action like this defeats the entire purpose of what Resident Evil made its name with. Shooting games are a dime a dozen, but there are so few good horror titles that even 3/4 of one stands out. Clearly Capcom doesn’t have faith that quiet restraint punctuated by sinister madness is enough to entertain modern audiences, and so they’ve shoehorned in some “video gaming” to this otherwise absorbing nightmare, but all this serves to do is provide a contrast between what once made this series great, and how it has recently inspired increasing apathy. Resident Evil: Revelations shows that classic terror can still come from the modern format, and is a fork in the road for the franchise that reveals two different paths future sequels could take. In the end, it’s proof that the scary scenario is once again the better one.