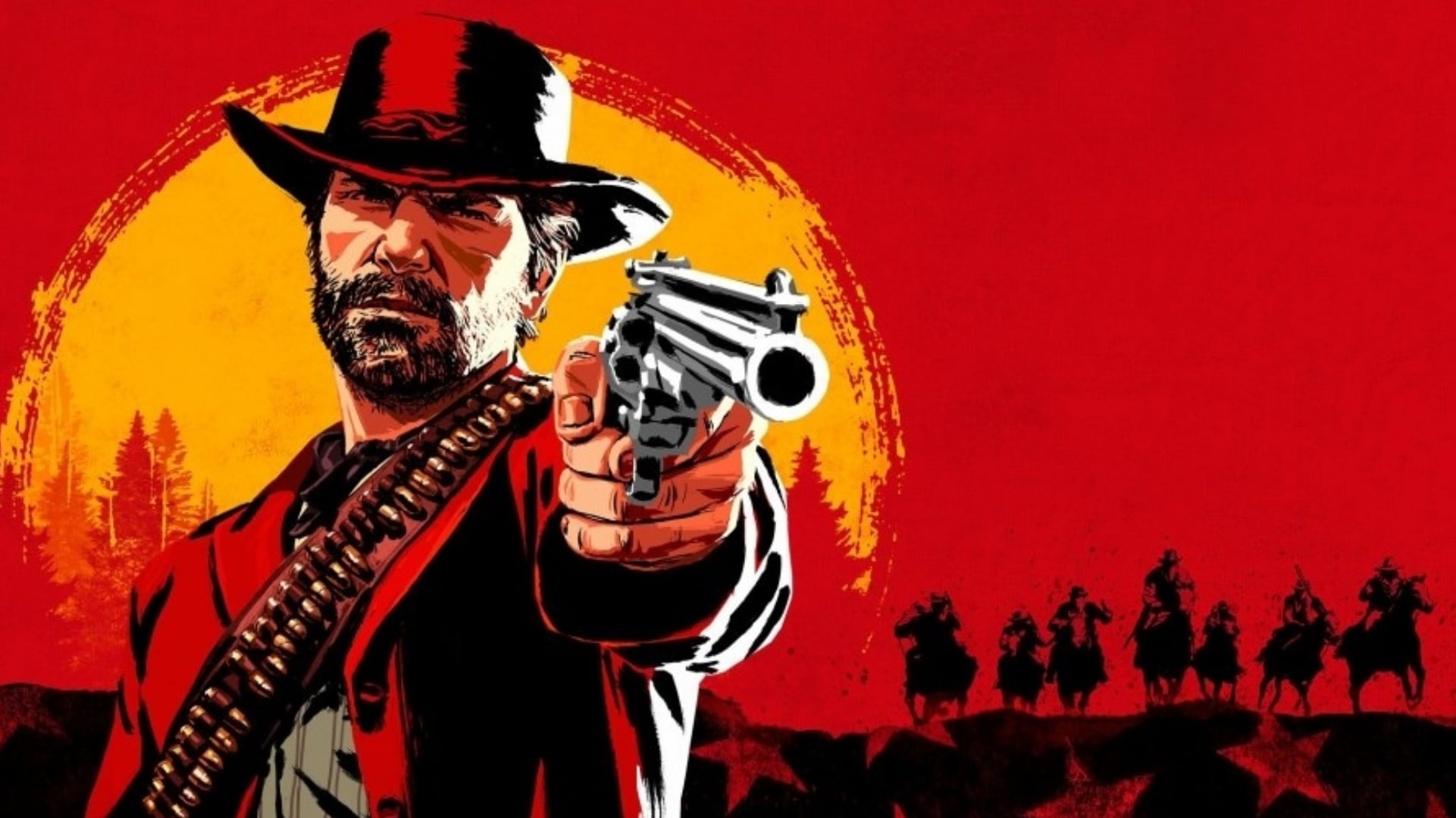 Red Dead Redemption II’s epilogue is longer than it needs to be with less action than it should perhaps have, but it is also the bow that ties the narrative together. Without either epilogue chapter, Red Dead Redemption II’s story is simply not complete. Although conventional wisdom dictates that Arthur Morgan’s story end with the death of Arthur Morgan, RDR2’s narrative is more than just a story about its protagonist. It is a story about legacy, what happens after one dies. Naturally, it is only fitting the game continue for two more chapters following Arthur’s death. More importantly, Red Dead Redemption II is a video game that challenges the notion of the conventional sequel.

Red Dead Redemption II’s marketing more or less promised a polished retread of what fans were already familiar with. Rockstar was once more tackling a story about the last days of the Wild West; all of Redemption’s major players were returning in substantial roles; and Arthur Morgan was yet another outlaw protagonist seeking some sort of personal “redemption.” For the title’s first six chapters, Red Dead Redemption II does live up to its marketing with Manifest destiny laying claim to the United States; John Marston getting ample focus befitting a sequel; and Arthur Morgan dying in a symbolic moment that brings his arc to a close, thus “redeeming” him.

When Epilogue: Part I begins and players assume control of John himself, it is simply business as usual for Red Dead Redemption, however. Naturally, players will take control of John, avenge Arthur, and spur the title crawl. Although that is ultimately what happens, the epilogue is far from a simple retread of Jack carrying his father’s torch from the first game. Rather, it is a complete recontextualization of the kind of game and sequel Red Dead Redemption II actually was. It masked itself as a traditional follow up for six chapters, but Epilogue: Part I and Part II reveal it was anything but.

In the first game, although the credits only rolled after Jack’s duel with Edgar Ross, Red Dead Redemption was thematically and narratively over with John’s death. The only thread left to explore was the cyclical nature of revenge and Jack’s ultimate fate. Other than that, the story very much came to a close. Despite how hard he fought and how much he changed, the world did not want to accept John Marston as anything more than a relic of an age long gone. Red Dead Redemption II is neither thematically or narratively complete with Arthur’s death, however.

This is not to say that Chapter 6 does not make a suitable ending point in its own right. It does to an extent, but only in the context of Arthur’s character arc. By the end of Chapter 6, Arthur’s arc is complete, but the story is neither done narratively or thematically. A recurring theme of Arthur’s arc in the second half of the game is the concept of John as a successor. John can succeed where Arthur has failed. John can leave Dutch’s gang whereas Arthur is resigned to spend his final moments with the man who raised him, whether he wants to or not. Most importantly, where Arthur can never have a normal life, he trusts and hopes that John can.

In a sense, the very concept of an epilogue is derivative as Red Dead Redemption already answers said question: John Marston can live a normal life, but only so long as America wants him to. At the same time, without demonstrating that John can indeed craft a normal life for himself, Red Dead Redemption II can not reach its narrative conclusion. Arthur’s arc is simply not enough of a button to end the story on simply because a character’s role does not end with their death. Arthur’s presence can be felt all the way through to the actual final mission.

Without either epilogue, the story’s themes are simply not wrapped up. Red Dead Redemption II is not so much a prequel or sequel to the first Redemption as it is a companion piece. By virtue of being set before the first game with a game largely intimate to the events of that story, it is easy to already see II as a companion piece, but its roots run far deeper. When it comes down to it, Arthur’s arc marks the start of John’s. Every moment with Arthur from the start of Chapter 1 to the end of Chapter 6 infers the man who John will become. In inheriting Arthur’s hat and satchel, John inherits Arthur’s legacy.

That, in itself, is an unconventional way of writing a character arc, particularly for the main character. On a surface level, it diminishes Arthur’s role as little more than an extension of John Marston. He exists not to be the lead of his own story, but enhance the role of the protagonist who will chronologically succeed him. Yet Arthur is not any worse for wear. Although he is ultimately a structural tool to help push John as a character, he is compelling in his own right because of how he amplifies John’s character. Arthur retroactively places himself into the context of Red Dead Redemption without his name ever needing to be uttered. How John carries himself, behaves himself, and motivates himself all stem from Arthur Morgan.

However, this distinction simply cannot be made without the inclusion of the epilogues. By Chapter 6, there is nothing to so much as implying that Arthur will be influenced by John other than his inheritance of the satchel and hat. As what Arthur wanted for John was a peaceful life, though, both epilogues must take on more subdued roles to show that John has indeed been influenced by Arthur Morgan. Gunfights occur with less frequency; free-roaming is heavily discouraged by the almost sequential nature of each mission; and some missions are over within mere minutes, simply advancing the story more often than offering a gameplay challenge.

All the same, the epilogue persists for quite some time, to the point where it gives John his own full-fledged character arc. By the time ‘American Vermin’ is over and done with, John has fully usurped Arthur’s role as the protagonist. Which, as unconventional as it is, is not necessarily bad as it turns Red Dead Redemption II into more than just a safe successor. The mere idea of dedicating six chapters to one character only to center the last two around someone who was mostly a supporting player up to that point is conceptually bolder than it is worth. After all, John runs the risk of overshadowing Arthur’s arc which he does end up doing.

For as structurally poor as such a decision should be, the protagonist shift actually does work in Red Dead Redemption II’s favor as it shows how strong the title’s thematic writing actually is. A good story must be comfortable taking risks, especially when it actually benefits core themes. The idea of a familial legacy is one that is not just important to Arthur’s arc, but perhaps the Red Dead franchise as a whole, stemming all the way back from Red Harlow’s arc in Red Dead Revolver. John must overshadow Arthur in prominence, because it is only in this prominence where Red Dead Redemption II can prove that Arthur was right about John.

Even the epilogue’s gameplay reflects the thematic relevance of the shift while also cementing John as his own man simply forged by Arthur- rather than a shadow of the man who preceded him as was the case with Jack in Redemption. While John has access to Arthur’s guns, clothes, and journal, he does not inherit any money or horses from Arthur, arguably the two most important factors for any given player up to that point. Players must financially start over as John, carrying over only the barest of gameplay essentials. From a design standpoint, it is a design nightmare, depriving players of assets they worked so hard to achieve.

Red Dead Redemption II becomes unconventional because its epilogue is unconventional. It is the epilogue that ties the story together, wraps up every major thread, and sets the stage for Red Dead Redemption. Redemption II is an odd game- a companion piece to a story that did not need any enhancing. But it understands that, so rather than try to recontextualize a narrative that was completed years ago, it recontextualizes itself as a statement.