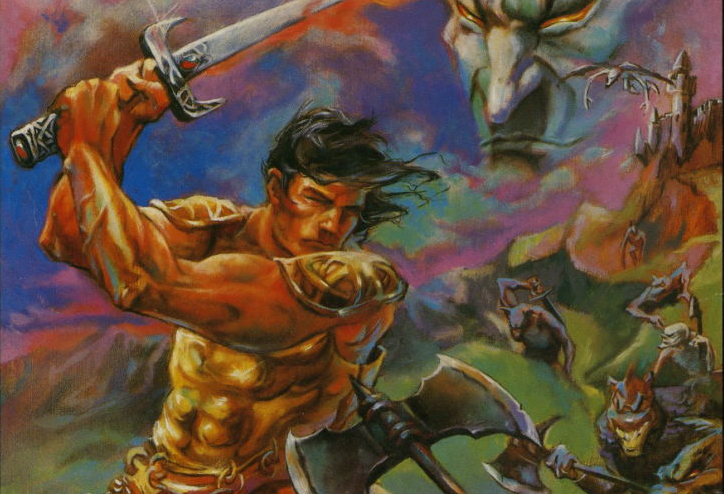 For a kid growing up in NES era, every purchase of a new game felt like its own adventure. With almost nothing but a subscription to Nintendo Power (if you were lucky) to guide players through the sea of shovelware, any decisions were filled with risk, with both potential of both crushing disappointment or great reward at stake. How I happened to stumble across Rare’s second NES game is a story lost to time, but every hero needs some luck along their journey, and Wizards & Warriors has always felt like a hidden treasure chest only discovered by the fortunate few. It’s outstanding gameplay, colorful fantasy world, and catchy music (not to mention some sweet cover art) were burned into my 9-year old brain, sparking my imagination as only the best games can.

At first glance, Wizards & Warriors may seem like yet another simple platformer, and actually, it was, though not for what reasons you’d think. Foreseeing a future when gamers would whine about checkpoints and difficulty, Rare was extremely generous (especially for those days) in allowing players to pick up right where they started after death, with all their items collected, and even after losing all three lives, those opting to continue would start off at the beginning of the stage that felled them, all items still in their possession(!). Seriously, if you love the idea of increasing your street cred by playing the old NES games, yet hate getting your butt whupped time and time again, give Wizards & Warriors a try. You can actually inflict damage and kill monsters just by holding your sword and facing the right direction. It’s awesome, and this sympathetic difficulty level allowed players to focus on the gameplay, which was excellent. 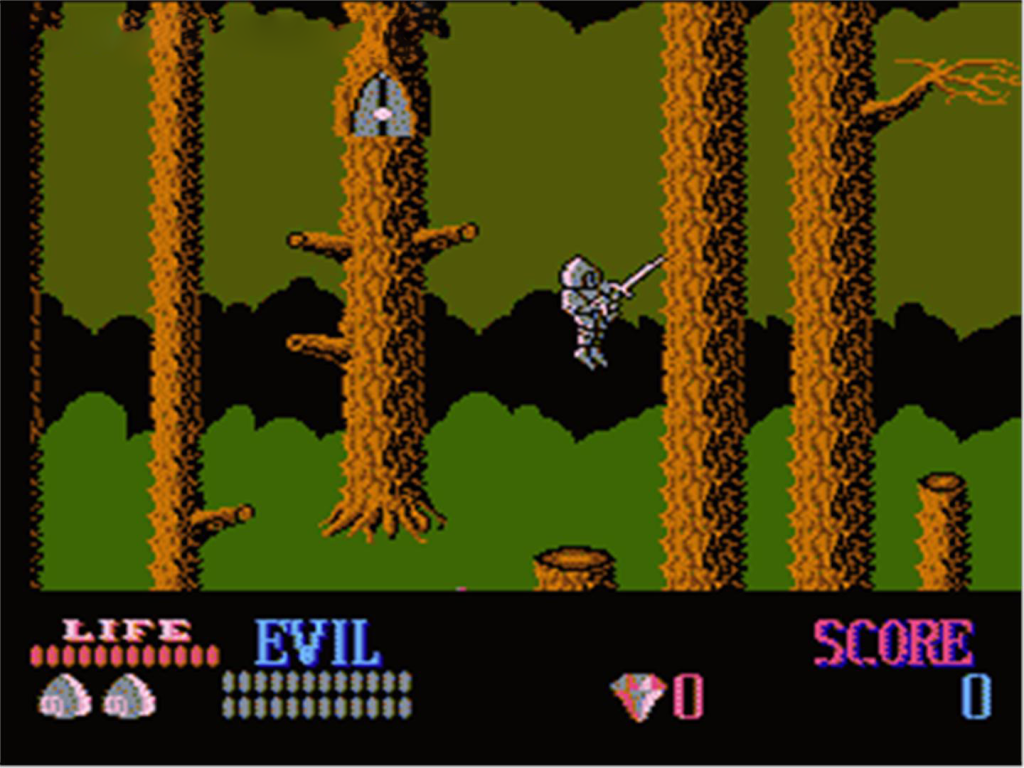 Running, jumping, swordplay, and gem collecting make up the basic activities for Wizards & Warriors, but the design of its open stages, the light puzzle aspects and special item searches, combined with a host of tools, weapons, and magical abilities necessary in order to progress gave the game a deeper feel, more than just the standard hack and slash/kill enemies objectives of most of the competition. Magic wands shot out magic stuff, sorcerous feathers gave your knight the ability to float, strong boots could kick open chests and some doors (like a badass), and boomerang-like knives had cool names like “The Dagger of Throwing”. Keys were scattered about the varied environments that opened secret doors, treasure chests held gems needed to bribe bosses, and scantily-clad damsels in distress hung by their wrists from cavern ceilings, waiting for you to cut the rope and stoically move on; this is no time for love. Later on, after arriving at the castle of the evil wizard, Malkil (hard to come up with an eviler-sounding name), the challenge does pick up a bit, with a maze of projectile-throwing skeleton heads and gargoyle jerks, but never is it less than satisfying. 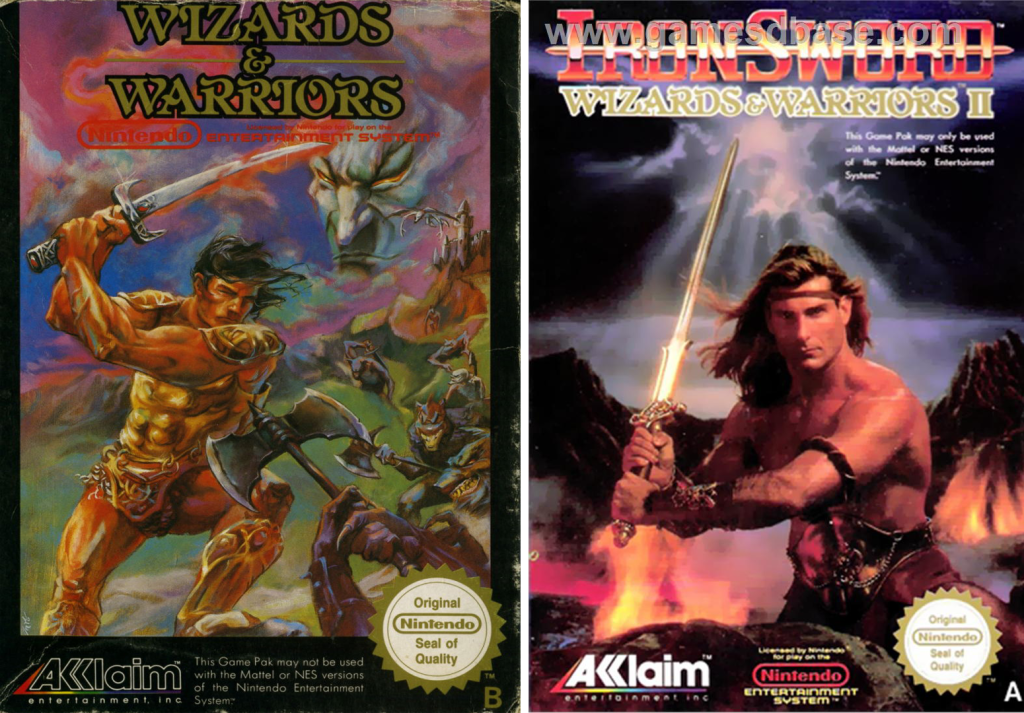 One of these boxes was made to appeal to kids. The other was clearly for their moms.

All this is great, but the real reason Wizards & Warriors has stayed with me so long after many years and many more games is for two things: the incredibly catchy music by David Wise (the heroic potion power theme rivals Mario’s invincibility star for my money), and of course the amazing box art. No, not the one with Fabio on the cover! That would be reserved for the sequel, Ironsword (also a fantastic game). Wizards & Warriors‘ cover was a thing of beauty to a little kid obsessed with knights, and I continuously made attempts at recreating the demon-battling image, wishing my freehand skills could do it justice. The main character, named Kuros, even inspired my brother and I to try our hand at our very own comic, Knights & Ninjas. It was the 80s, people; cut me some slack.

Over the years, Rare has made some of the most famous games of all time, but in the end, one that I’ll always remember most fondly is one I now consider myself lucky to have even found. Wizards & Warriors is a great adventure on a road less-travelled, and that’s often the most rewarding kind.