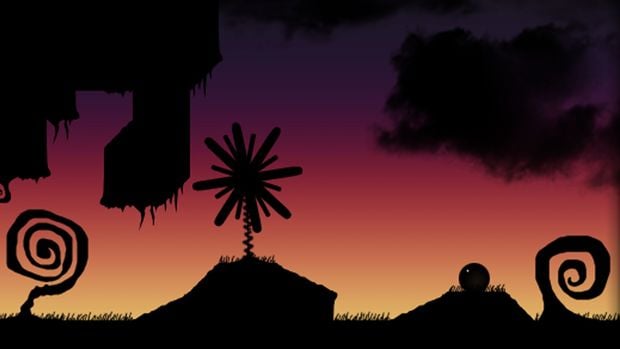 The 3DS is home to many puzzle-oriented releases, from big series such as the Professor Layton franchise or Puzzle & Dragons Z + Super Mario Edition to smaller titles like the Mario vs Donkey Kong games or the many iterations of Picross. Anyone with a voracious appetite for these sorts of brain-teasing experiences is always hungry for more, and to that end here are some of the best puzzle games on the 3DS:

Despite the bold title, almost everything about BOXBOY! is on the unassuming side for a Nintendo title, including the stark monochromatic color palette, the simple visuals that hearken back to the original Game Boy, and especially the tetragonal titular hero, Qbby. Composed of four lines for a body, two dots for eyes, and some bendy leg things, Qbby doesn’t look like a protagonist who can accomplish much, but with the ability to create boxes, this box boy has all the tools necessary to navigate each of the stages in the 25 worlds that are eventually unlocked. With these boxes Qbby can create platforms, use them as shields, form shapes that help reach high ground, and even snake his way through narrow spaces. The mechanics are typically Nintendo-intuitive, and the puzzles range from simple introductions that present new environmental elements to devious creativity that will have players staring at their screen (and not just to watch Qbby’s adorable idle animations). Despite its many angles, BOXBOY! is as well-rounded as puzzle-platformers get, and a perfect example of how gameplay and imagination show that it’s not about the size of a game, but the shape it’s in. [for more check out our full review]

Before Pushmo World went all HD on the Wii U, the series had a more humble beginning in the simply-titled Pushmo. Again, the basic concept is that a chubby little cream puff of a cat named Mallo (presumably for his love of the “marsh” kind) must push and pull blocks in and out of structures called Pushmo in order to ascend to the top and rescue some dumb kids that got stuck up there. Guided by Papa Blox, who actually built these deaths traps for his amusement park, Mallo must create a path to victory using nothing but his brawn and your brain. While the gameplay is simple, the puzzles, after the obligatory intro easiness, are increasingly complex and often ingenious. A rewind function allows for a quick fix of mistakes, and for lengthier Pushmo, like the later Nintendo character-inspired ones, it comes in quite handy as a way of retracing one’s steps in order to find the error in the sequence. With its easy-going nature and multitude of challenges (including a level creator that can be shared via QR codes), Pushmo was the welcome start of a new franchise. You can’t be a franchise until you have at least one sequel, and so Nintendo and Intelligent Systems released Crashmo, which upped the ante of its block-manipulating predecessor by now allowing structures to collapse like a poorly built Jenga tower when the wrong (or right) blocks are removed. This small addition of gravity changes the gameplay incredibly, adding a new complexity to what is essentially a game about creating stairs. Now that blocks don’t hang mysteriously in the air when there’s nothing supporting them, a greater level of imagination goes into the manipulation of each scenario Mallo is presented with. Still present and mastermind behind it all, Papa Blox returns, along with many of the best elements from the first game, allowing Crashmo to spend less time explaining and more on crafting devilishly challenging block puzzles. It’s a sequel that builds off the original in only good ways. Before working on the fantastic Affordable Space Adventures, Swedish developer Nicklas Nygren (better known as Nifflas Games) released this nifty little puzzle experience for the 3DS, and one can see some of the same physics-based gameplay and relaxing, moody atmosphere that would later be fine-tuned for that excellent Wii U release. In NightSky players control a sphere in dreamy worldscape formed from roller coaster-style hills and loops, spinning windmills, geometric ruins, and tipsy teeter-totters. With no enemies or combat and only a few abilities at its disposal, such as a speed boost and increased friction, players must guide their little orb through a wide variety of stages by simple mastery of gravity. The concept is spare and quite easy to pick up, accessible to most players, but the skillful construction of environments to navigate provides a healthy sense of challenge when going for collectibles or playing in the more hardcore Alternative Mode. Vehicle segments inject some added freshness into what is a soothing and pleasant trip from beginning to end. Combining the crazy side-scrolling action of a Mega Man game and a great mechanic that utilizes the ability to switch blocks from the back to the foreground, Mighty Switch Force is a short, but wild puzzle ride. Controlling a futuristic cop by the name of Patricia Wagon (get it?), players are tasked in each stage with rounding up a number of escaped convicts as fast as they can, then returning to an exit point where a giant robot airlifts them out. Getting to each one of these criminal ladies is where the challenge lies, as each can only be reached by manipulating certain blocks to create platforms, get rid of walls, or use washing machine-like things to blast around. This is accomplished with the push of a button, which keeps the gameplay fast, and makes for some extremely satisfying running and gunning. Finishing a stage is fun enough, and later ones require plenty of thought and timing, but speedrunners seeking extra hardship on themselves can try to make the leaderboard by beating the best times. A must for fans of platforming puzzlers.

Nintendo’s portable is the perfect format for pick-up-and-play puzzle games, and those are some of our favorites. Anything we missed? Let us know in the comments below what other 3DS puzzle games you think are worth checking out! Picross and Professor Layton fans can feel free to sound off on their snubs.