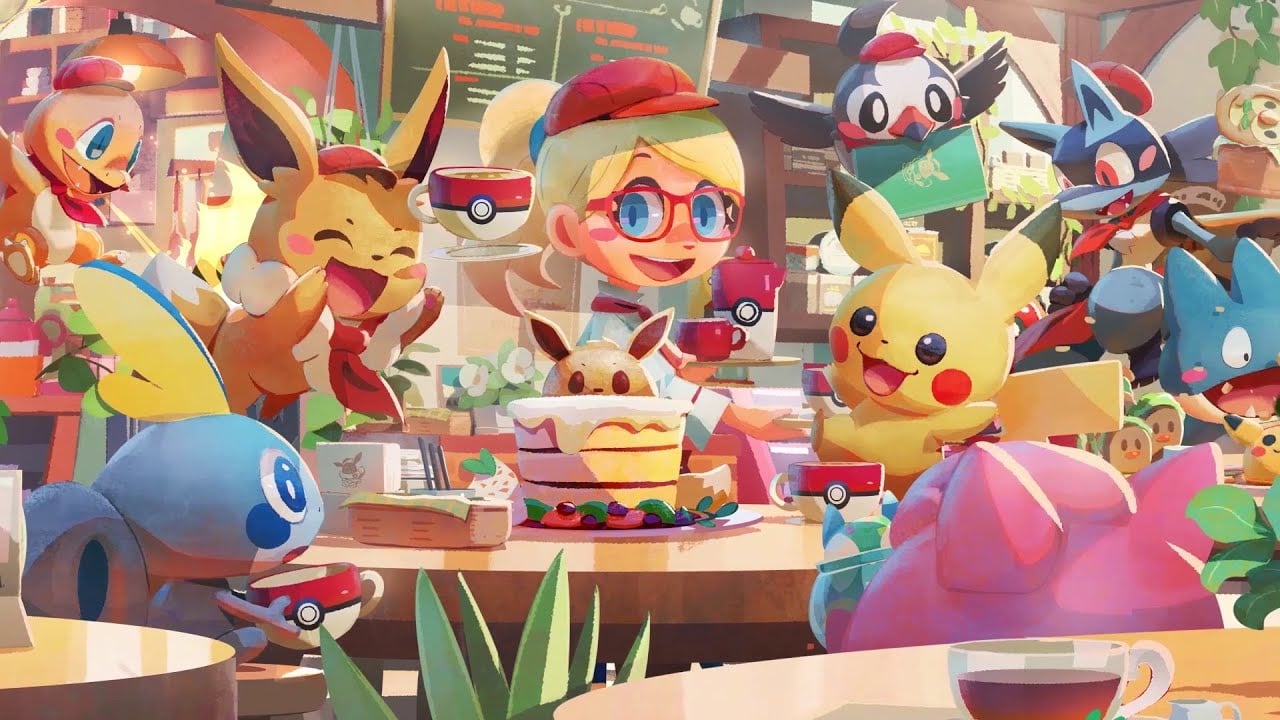 Pokémon Café Mix is the equivalent to walking into a local coffee shop and finding a standard cup of brew masqueraded by absolutely irresistible and adorable latte artwork. On the outside, it looks appealing with its cutesy visuals that only a true master barista in handling such a supplement could produce, but the core taste of that hot beverage you wanted will eventually hit your mouth with the utmost average standard it can possibly be held to. It is not horrible by any means, but in comparison to its striking visuals, it falls extremely short in expectations. From the original studio behind Pokémon Colosseum and Pokémon XD: Gale of Darkness, Genius Sonority has been put at the forefront of developing mobile titles for the pocket monsters phenomenon in the past few years with solid commercial success.

In their newest cozy mobile distraction, you might find yourself hanging up the cooking apron before your first day of work even comes to an end — at least, maybe for older audiences unwilling to dive deeper into the title after some painstakingly easy first impressions. Pokémon Café Mix starts out as a somewhat mindless puzzle game that requires little to no thought to progress through. Is it entertaining? Not at all in its opening stages that require zero effort to complete, but it does certainly get better while retaining its very simple gameplay loop. For younger audiences, those early levels will surely be satisfying like other mobile titles that can fill their brains with dopamine as they watch pieces vanish with fulfilling animations and sound effects, but seasoned puzzle Pokémon veterans will be waiting quite a while before the real challenge hits.

All it takes to complete each recipe early on is fingerprinting up your touchscreen for under a minute with a couple of big swirls and maybe a tap or two in between. If you have played or watched games like LINE’s Disney Tsum Tsum or Yo-kai Watch: Wibble Wobble, then there is nothing new to witness here. Your goal is to connect as many heads or symbols as you can in the least amount of turns possible by dragging one all over the screen. Every now and then you may get to activate a special move or power up with a single tap or placement to clear some of the objectives at hand, but aside from that, the gameplay never evolves into anything more complicated. There is oddly no unique Pokémon spin on the type of puzzles being provided. It always remains consistent in its visual theme combination of food, drinks, and Pokémon at the very least and a lot of times that is utilized creatively but players should not expect any of their knowledge of the series to be used here unlike other titles from Genius Sonority. It never grows to be as challenging as the company’s other puzzle games too like Pokémon Shuffle or Battle Trozei. Café Mix is a are bones puzzle game, however, it can be fun during the later levels that provide a real challenge. The grind to get there though can be absolutely exhausting.

Pokémon Café Mix only has 100 levels currently with more to be added in the future, according to The Pokémon Company. Luckily for this title, what should be its one scariest aspect is far from any player or parent’s worries: microtransactions. You do not have to spend a dollar to get through the entirety of the game, despite the presence of microtransactions. The only reason to spend any money on these in-app purchases is if you wish to complete the whole game in one or two sittings–yet it’s a portable title, so why would you want to do that? As long as you remain patient and play in shortish intervals, then you will easily breeze through every level without ever having to punch in a credit card number- a nice change of pace from many other mobile-made puzzle games that attempt to cram these in-app purchases down your throat.

Pokémon Café Mix’s greatest highlight is the visuals: seeing Pokémon perusing a tiny coffee shop entirely run by you the owner, your delightful Eevee pal, and a new assistant barista named Leah all accompanied by an appealing art style that never goes underutilized. While its mechanics and gameplay loop are underwhelming and rely on the standards of its subgenre, its lovely art style is really something special and heartwarming. The appealing aspect of the game truly lies in its adorable art style that never disappoints- seriously, how could this not make you smile? Atmospherically, the game successfully blends that warm feeling of a small café with the thematic appearance of the Pokémon universe. Every character, room, drink, and dessert has been expertly designed to be modeled after its world and characters in several loveable ways for both fans of the series and newcomers browsing casually through phone apps. Look at how adorable some of the artwork is here. How could you not want to be as happy as a Bulbasaur in a café work outfit?

Is Pokémon Café Mix worth your time? Well, it is a free game so you cannot go wrong in giving it a shot at the very least. It is something that I can certainly recommend to younger audiences looking for a mobile distraction that parents will not have to worry about being littered with forced in-app purchases, but outside of that, you would probably find more entertainment in looking at some screenshots of the game rather than wasting your time stirring drinks and cooking meals if you are looking for a more endearing challenge. For a Nintendo Switch title, it is not exactly worth your time when there are so many other free-to-play and free-to-start games available on the system- I would even maybe recommend Pokémon Quest over this for fans of the franchise on the Nintendo Switch and Shuffle for those looking for a puzzle title on mobile devices. For a mobile app, however, it is far better than a vast majority of what I have experienced when it comes to microtransactions and overall quality. Pokémon Café Mix a simple yet extremely polished title at the end of the day. As stated before, it’s free so you might as well try it out for a few minutes in your spare time.