Pokémon Let’s Go Pikachu and Eevee are either a breath of fresh air or an unwelcomed simplification — depending on how rigid or zealous your beliefs towards the original Pokémon formula are. While these unusual hybrids won’t be the blueprint for Pokémon 2019, there are certain elements and experiments within the games that will potentially find themselves in generation eight.

The Tall Grass Hides Nothing

The tall grass has been the home for many species of pokémon since the beginning of time. There was even a period not so long ago when you could find tall grass that was even taller than the usual tall grass, and cutting it would level out the playing field once more (that small grass syndrome was apparent in Pokémon Gold and Silver). Not that the length undermined its effectiveness; before Pokémon Let’s Go, the tall grass would disguise every pokémon from the eyes of every trainer. 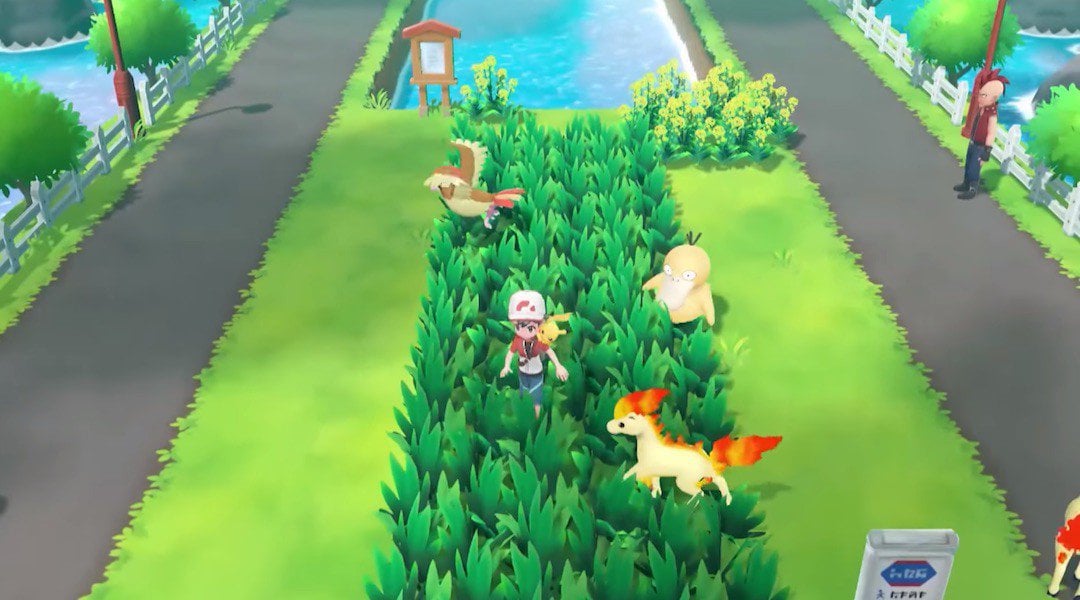 One of the most popular changes to Pokémon Let’s Go was to relinquish this responsibility from the tall grass and allow the pokémon to be seen roaming freely. Rather than a patch that randomly generates a wild pokémon, the tall grass acts as a spawning site for various species that can then be interacted with at the player’s choosing.

The benefits for Pokémon 2019 are endless — mainly due to the infinite Zubats that can now be avoided in every cave, but also because catching rare pokémon doesn’t need to feel like the onerous task it has been previously. Trainers can now walk around until a Goomy appears rather than endure countless battles with Pidgey and gang.

The Noughties was a particularly bad decade for music, but it did produce the finest Pokémon games of all time: Pokémon Gold and Silver. That view is of course subjective, as Gold and Silver weren’t perfect and did miss a trick that Pokémon Let’s Go made sure it hit.

Pokémon outside of their pokéball was first seen in Pokémon Yellow, inspired by the stubborn Pikachu in the anime. While the idea of walking pokémon would be further explored in Pokémon HeartGold and SoulSilver, it has managed to peak with Pokémon Let’s Go via the addition of riding pokémon. 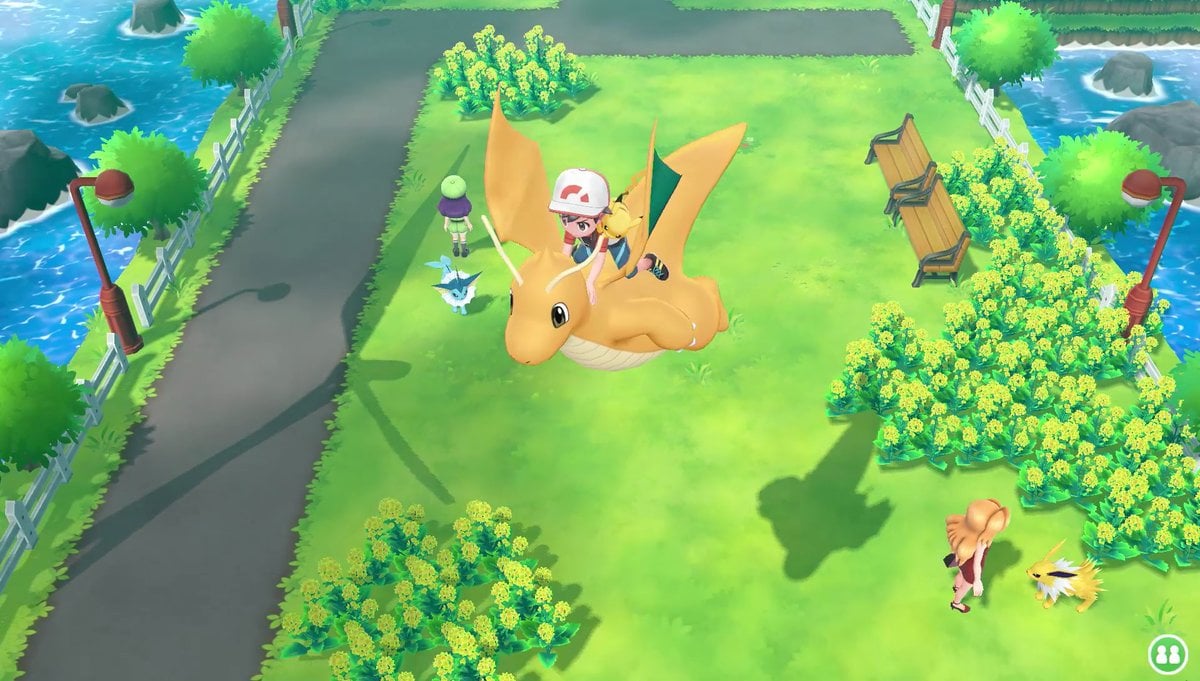 While most of the pokémon outside of their pokéballs are purely cosmetic, the Charizards, Dodrios, and others certainly make an impact by enhancing the interaction with the world; certain pokémon allow the trainer to move much quicker, or even fly over the map entirely. Introducing this mechanic into Pokémon 2019 would actually allow Game Freak to design the world in a much larger, much more liberally traversable way.

This could allow areas of the map to be unreachable until the player has caught a pokémon that has the ability to reach there, which is something The Legend of Zelda: Breath of the Wild did remarkably. Legendary pokémon have been too easily obtainable in previous installments, and while it’s nice to catch them all, a little challenge by means of tougher terrain could reinvigorate the franchise itself.

Catch Me If You Can

As divisive as a nudist beach next to a monastery, the catching mechanics in Pokémon Let’s Go Pikachu and Eevee have certainly inspired debate across all social platforms. The fad of Pokémon Go lives on in Pokémon Let’s Go with its catching technique implemented and utilized to great effect, and introducing this mechanic into Pokémon 2019 would probably be incredibly unpopular. What works for Let’s Go won’t always work for a mainline title, and it would certainly cause the demise of moves such as False Swipe and (potentially) Mean Look. 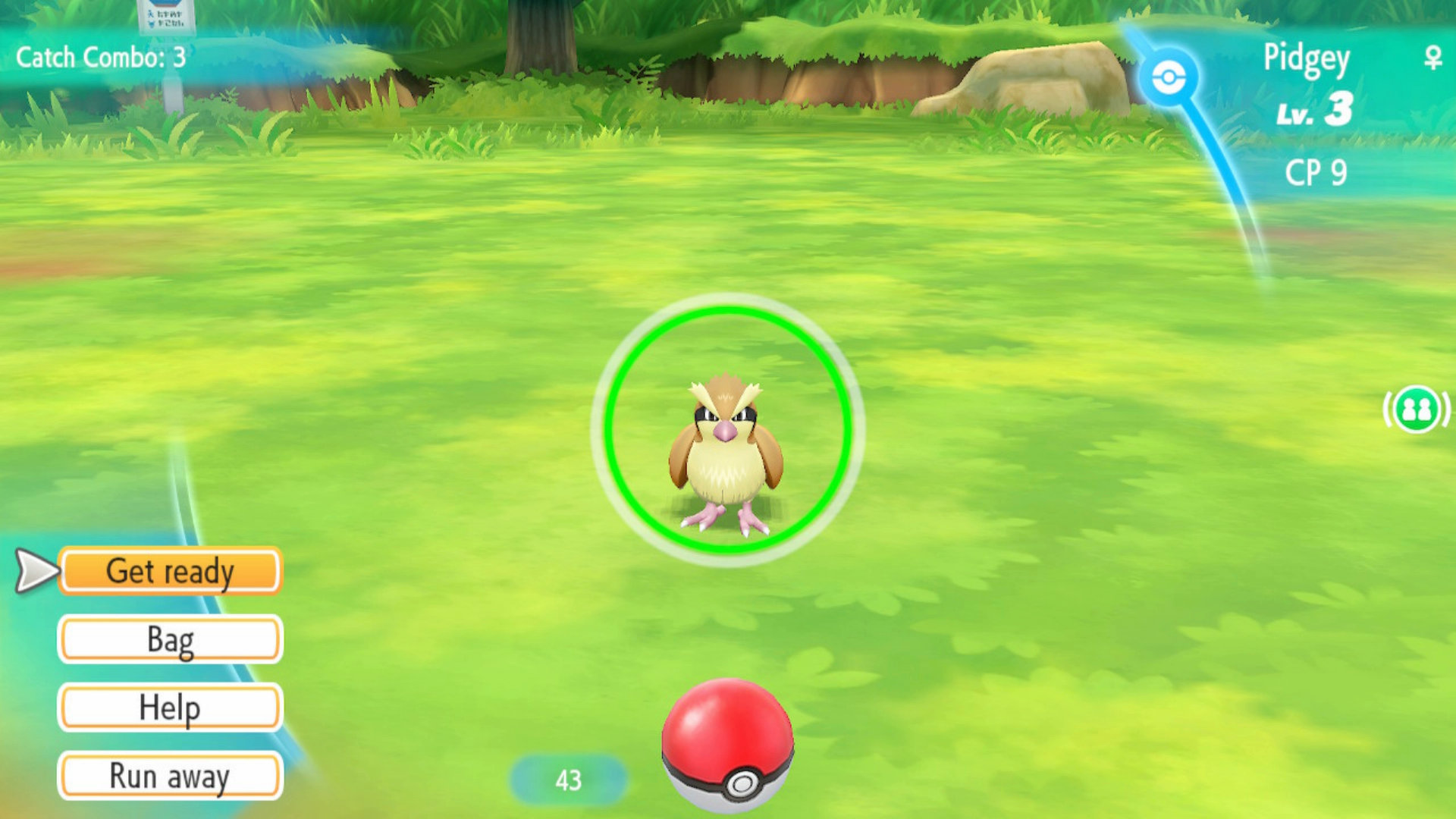 There is a glimmer of hope, however, that changes could be made to accommodate the Pokémon Go mechanic into the mainline games. Catching Snorlax and the legendary pokémon in Let’s Go heralded a battle before the catching phase begins. This creates a strange hybrid between the mainline games and the mobile fad. While this mechanic would still need to be adjusted to suit the gameplay of Pokémon 2019, there’s enough justification for the motion controls to be used when throwing a pokéball in a mainline game. While this could be toxic to a lot of fans, if done correctly it could potentially give Pokémon that unique Switch touch.

No Mystery In This Box

One of the many ways Pokémon games prevent trainers from catching them all is by ensuring certain mythical pokémon can only be obtained by an event. While it can be annoying to have to wait a while to finally get that rare pokémon, they were often free by download. 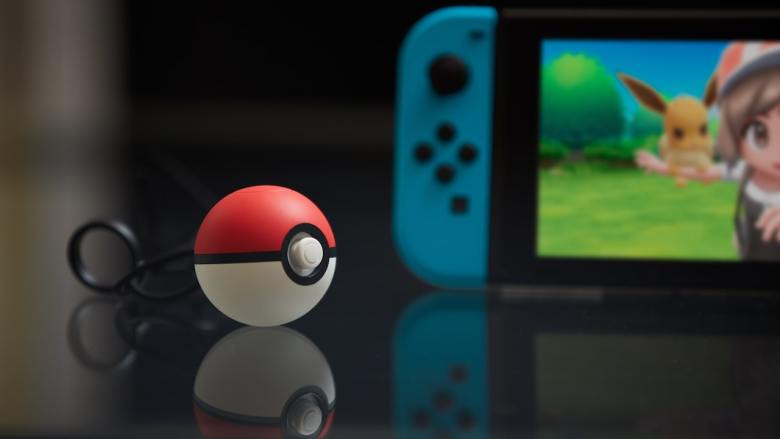 Pokémon Let’s Go has changed this sentiment by monetizing the dedication trainers have to completing their Pokédex. It might not be obvious, and it’s certainly sly, but it’s definitely helped to sell additional hardware. In Let’s Go Pikachu and Eevee, the only wait to get Mew is to buy the Pokéball Plus, a rather expensive controller that only adds to the imagination of the gameplay. It poses the question whether Mew (or any pokémon) is worth the price of new hardware? Probably not.

For Pokémon 2019 to use a similar cash-grab model would be a real shame, especially for a franchise that’s appealing across several generations of people. Every trainer should have an equal chance at completing their Pokédex, and to prevent fans from doing so due to overpriced hardware would be detrimental to the franchise. Let’s keep our mysteries free.

As we finish another orbit of our resident star, it’s easy to forget how quickly 2018 has flown by. Pokémon 2019 will soon be on our laps, and Pokémon Let’s Go Pikachu and Eevee will be relics of a growing past. That said, seeing Blue and other familiar faces in Let’s Go has been one of the small delights that the two games have brought with them. 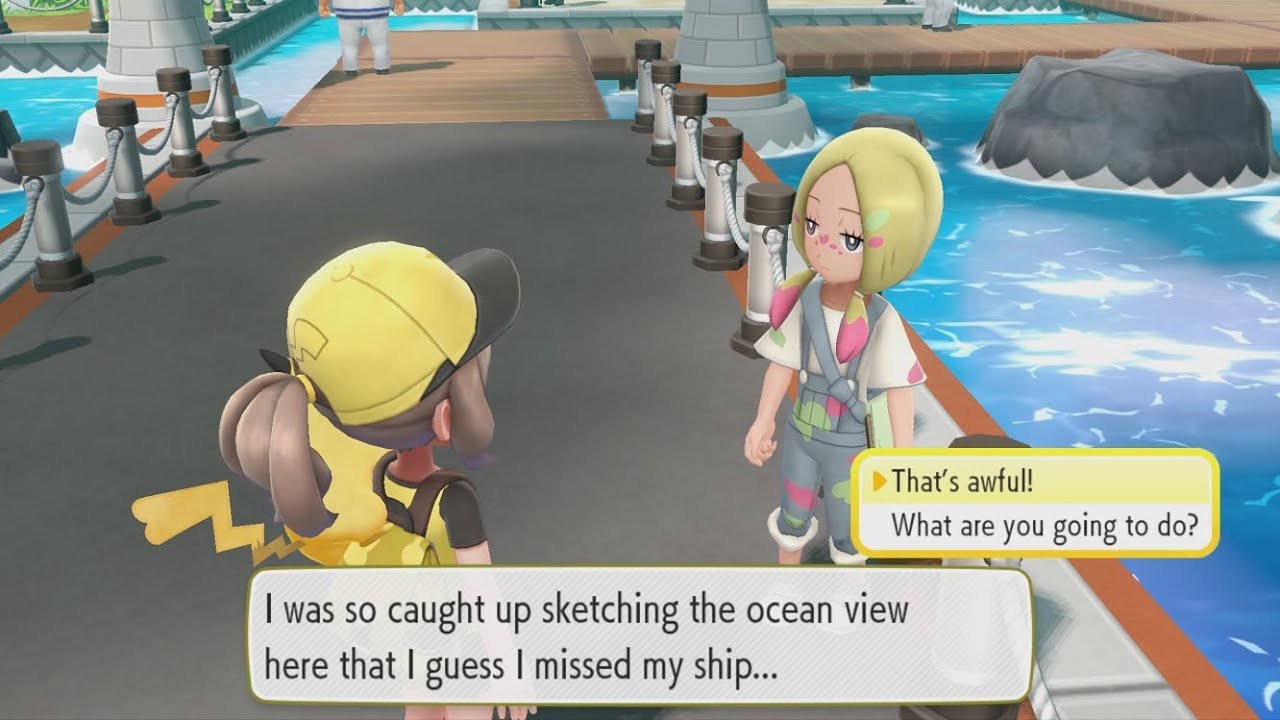 While previous games have reintroduced old faces before, they were never as integral to the story as Blue was in Pokémon Let’s Go. These familiar faces help to close the gap between the games, showing how close each region is to each other, bringing the Pokémon Universe to life. For example, seeing Mina from Sun and Moon outside the S.S Anne is a reminder that small cameos from characters from other games can add a little sweetness to the tea.

It will be unfamiliar playing a mainline Pokémon game on a home console, but what Pokémon Let’s Go has achieved is stirring up excitement for Pokémon 2019 next year. We don’t yet know the name of the two games, or what the new region will be, but we might just have tested some of the new mechanics being introduced. Let us hope we won’t be paying for Mew in the future.