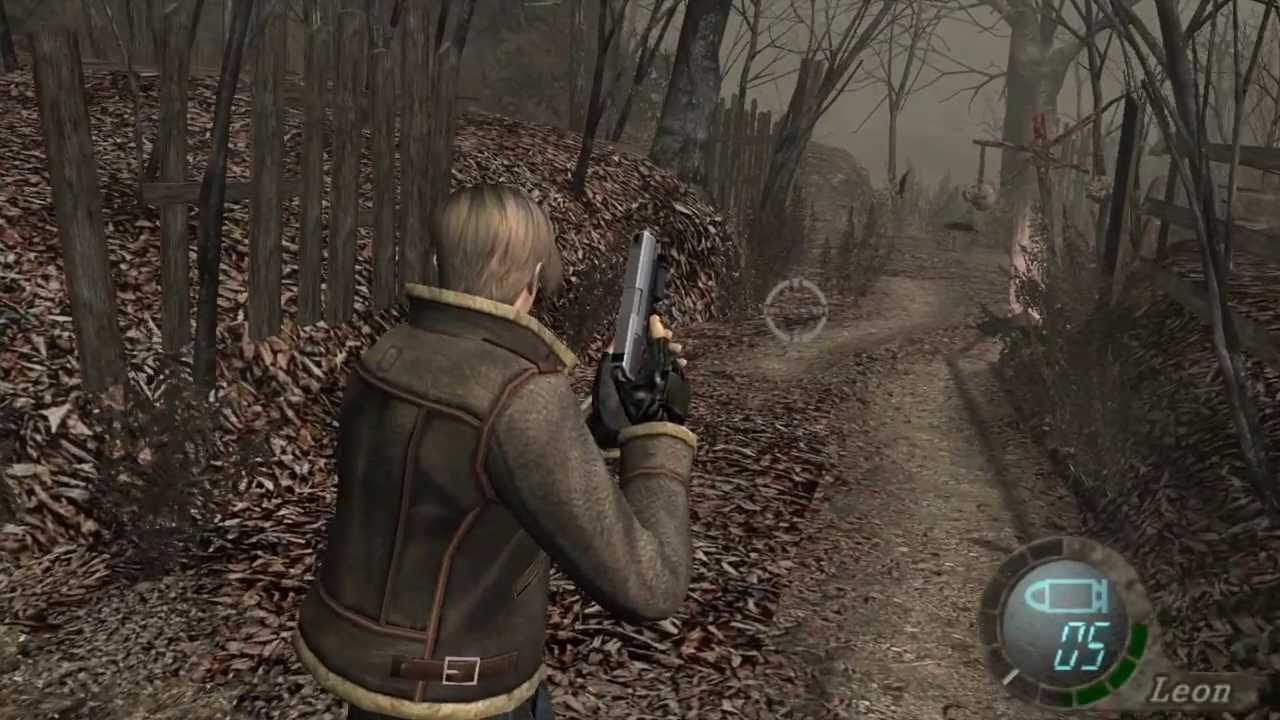 Is Resident Evil 4 Best Played on the Wii?

Full disclosure, I have a lot of complicated feelings about Resident Evil 4 for the Nintendo Wii. The game came into my life at a pretty formative time for me. I was entering my last year of high school, my parents had announced they were getting divorced, and I had finally come out to (most) my family as queer. Everything felt like it was changing and so something was comforting about hiding in my basement with the light turned off, the volume up, and letting myself be scared sh*tless by chainsaw-wielding villagers and face-eating parasites on my TV. Resident Evil 4 quickly became my favorite video game of all time- I cannot even remember how many times I played it that summer- and so I was devastated when I came home one day to find out that my brother had traded it in for a game he wanted.

Although I could have always gone out and bought another one, I’d convinced myself it would never be the same. I didn’t want just any copy, I wanted my copy. So for a literal decade, I mourned that third-person shooter, building it up in my head as the perfect horror video game and refusing to attribute any of my Leon S. Kennedy love to what was obviously nostalgia for my teen years. But recently my partner decided to surprise me with a PlayStation 4 copy of Resident Evil 4. Knowing how much I loved the game, and considering how much I had lamented about wanting to play something spooky this October, he thought it would be a perfect surprise. Which it was!

It did, however, bring up two important questions for me: what makes this game so amazing? And why would anyone play it on anything other than the Nintendo Wii?

A Hot Mess and an Amazing Game

Let’s be honest, Resident Evil 4 is both a groundbreaking game and a bit of a hot mess, at least when it comes to the story. The narrative follows Leon S. Kennedy (Paul Mercier) as he travels to an unnamed village in Spain to rescue the President’s kidnapped daughter, Ashley Graham (Carolyn Lawrence). While there he and Ashley are infected with the Las Plagas parasite—which eventually takes over the host, turning them into a mindless zombie—by an evil cult. It’s up to Leon to stop the zealots, remove the parasites from him and his ward, and bring Ashley home.

While that might not sound too bad, there is also a crazy horde of creatures like monsters that erupt from peoples’ heads, giant insect-like fiends that will maul you from the sky, dogs with evil worms coming out of their mouths, and giants, characters such as evil cult leaders who turns into this eyeball-covered thing, an angry nobleman, and a jacked soldier you used to be colleagues with, and locations that can shift from mineshafts, sewers, a castle, a secret military base, and then some. The game is all over the place but still manages to have a consistently dramatic tone throughout the narrative, even when things are getting ridiculous- and I cannot stress how often that actually is. Although the plot would be considered convoluted by most modern storytelling standards, at the time it was fresh and original.

It also has a main character you care about. You want Leon to succeed and bring Ashley home because he is a likeable hero (and also so you never have to hear Ashley scream “Leon!” over and over again until you begrudgingly save her). He makes jokes, insults the bad guys, and is a total badass. In addition to the three-dimensional characters and intricate plot, there’s some pretty incredible gameplay in Resident Evil 4. With its mix of third-person shooter, quick-time events, and cinematic cutscenes, this game revolutionized the industry- seriously, even Dead Space was heavily influenced by the game, as were a bunch of other third-person shooters and horror games. And ultimately, are those not the three key things you want in a game?

Additionally, the game forces player to take an over-the-shoulder view of the action. This perspective limits what players can see and how they interact with the space, and it’s part of what adds to the horror of the game. When you can’t peek around corners to see what’s waiting for you, everything suddenly becomes a lot more stressful.

But with that being said, the idea of playing this storyline through on anything other than a Wii is perplexing.

The Wii Is the Superior Platform

Although it was originally released for the GameCube in 2005, playing it on the Wii is part of what makes the game so special. When you play Resident Evil 4 on the GameCube or even the PS4, you use the joystick to aim Leon’s gun. While this might seem like a trivial detail, it is a key factor in enjoying the game. When you’re playing on the Wii, using the remote to aim at the encroaching enemies adds a layer of immersion. Having a steady hand can make all the difference between leaving with your life or being sawed in half. Even though you’re still observing the game from behind his shoulder, you feel as though you are Leon.

But the second you introduce the functionality of a joystick, the game feels more static. You feel less in control of Leon’s fate and more like a passive observer of his journey. Sure, you’re still tense and on edge whenever a zombie shouts at you, but it doesn’t feel like Leon’s fate is hanging in the balance if you can’t steady your hand. When the Regenerators breathe heavily and stumble towards you, you’re not afraid of your hand will shake so hard that you won’t be able to hit the targets on its body. Instead, you worry that Leon’s avatar will breathe too hard and throw your aim off. The Wii puts you in control, whereas the traditional remote furthers you from the intensity and action of the game.

Do not get me wrong, Resident Evil 4 is still my favorite game. I play it with the lights off and the sound high, and even though I have already beaten the game I still jump at all the right parts and squirm in my seat with every little noise. While I may never recapture the experience I had playing it all those years ago, it is still a game worth playing (annoying Ashley and all). But it will always be better on the Wii.

And that is a zombie-swarmed hill I’m willing to die on.

Caitlin Marceau is an author and lecturer living and working in Montreal. She holds a B.A. in Creative Writing, is a member of both the Horror Writers Association and the Quebec Writers’ Federation, and spends most of her time writing horror and experimental fiction. Her collections, "A Blackness Absolute" and "Palimpsest", are slated for publication by D&T Publishing LLC and Ghost Orchid Press respectively in 2022. When she’s not covered in ink or wading through stacks of paper, you can find her ranting about issues in pop culture or nerding out over a good book. For more, visit CaitlinMarceau.ca.