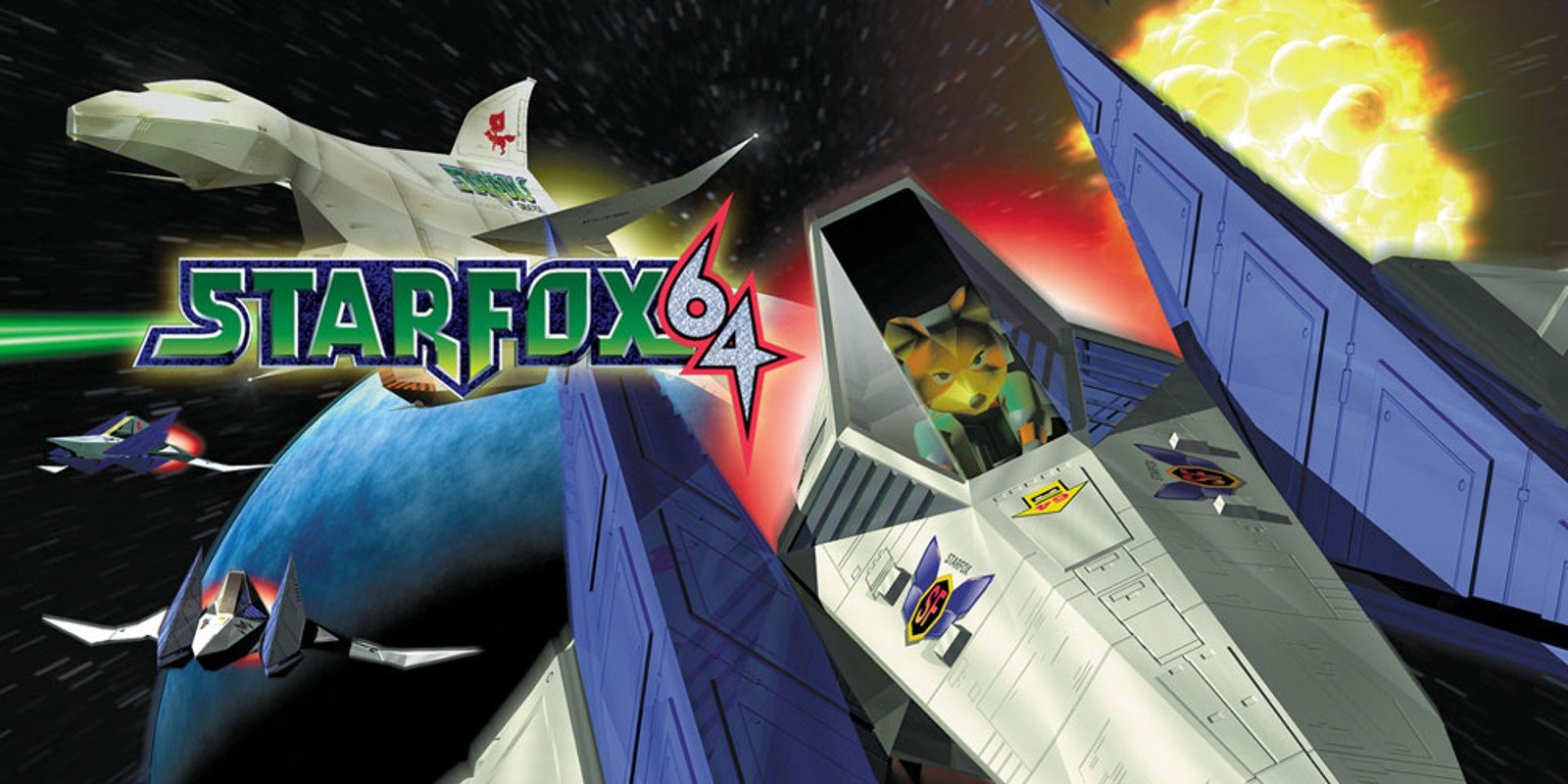 Many within the Starfox fandom consider Starfox 64 to be one of the most if not the best Starfox game. As a child, however, I grew up playing Legend of Zelda: Ocarina of Time and Super Mario 64 so I never got to experience the adventures of Fox Mcloud and his friends. The only memories I ever had of Starfox as a kid were when my siblings and I played Super Smash Brothers Brawl and fought on top of the Starfox ship as one of the stages. Years later, my brother came home with his Nintendo 64 and a Starfox cartridge, asking me if I’d like to play.

Now, a lot of people have played Star Fox 64 and have given their opinion on this cult classic. So, why would my two cents make any difference? Well… that’s because I never played it before. With a lot of old games, there also comes a lot of nostalgia, and nostalgia can cloud our judgment severely on the quality of a game. You may love a game to bits but that doesn’t mean it’s perfect, despite what our rose-tinted nostalgia goggles may say. Due to this reason, I believe that me giving my opinion on a game as a newcomer would be an interesting topic for an article.

When first starting up the game you’re met with an intro that gives a heavy chunk of exposition about the game’s backstory. I don’t want to go into too much detail about it but here’s the gist of it: An evil scientist named Andross is trying to wipe out what’s left of the Lylat system (a system of planets) and your team Starfox are the ones who have to stop him. He’s also responsible for James Mcloud’s death, the father of Fox Mcloud who is the team leader of Starfox and the one you play as.

Now, I know this is an early game but I felt the exposition could have been eased in a bit differently. While it works in explaining the main storyline, they could have animated a cutscene or even had the characters say something during missions to let us piece it together ourselves. Before I leaped into playing the main game I first played training mode. This was important because the controls take a bit of adjustment at the beginning, so leaping into the game without knowing how half the controls work would be pretty counterproductive. The training course it set up pretty well, teaching you how to fly and use your Arwing (the name of your spacecraft) to the best of its ability. I really can’t complain too much about training mode asides from the fact its appearance is a little barren. Granted it is training mode but still, a bit of variety would be nice. Also, can we just talk about this guy? Like, is he ok? He… he doesn’t look ok. I can’t decide whether he’s silently begging for help or is plotting to bash my head in with that wrench while I sleep.

So now we’re in the main game. It takes a little while to get there but trust me, it’s worth it. You open up with a short cutscene from General Pepper asking for assistance on Corneria as they are being attacked by Andros’s forces. Fox reassures him they’ll be there and you begin your first mission in Corneria. In the game your Arwing is constantly going forward, racing you through the game’s level. Everything is happening at a very rapid pace, ships flying, towers falling, explosions going off, it’s very ‘in the moment’ which adds a cinematic edge to the game. Here you have to shoot enemies, dodge obstacles and avoid enemy attacks while trying to shoot pilots who are attacking your friends and catch useful health/ammo pickups. At one part of the game, for example, you need to chase after Falco, a member of Starfox as he is being pursued by enemy pilots. If you don’t shoot the pilot on his tail in a certain timespan Falco’s ship will be severely damaged and will be in repairs during your next battle, therefore being unable to assist you. I love this aspect of the game since it keeps the player on their toes during every mission and creates a level of immersion where every win or loss directly affects your chances of survival.

Near the end of many missions (not all of them), you tend to go into a mode called “all range mode”. This mode basically means you can go wherever you want on the map during a battle with the planet’s final boss. These fights are always fun with their unique bosses and parts of dialogue add extra life to these sections. In fact, there’s a surprising amount of voice acting in this game that really helps bring it to life. Compared to other games of the time this factor is extremely impressive.

In addition, the ability to take different routes is very intriguing and complex for such an early game. The inclusion of different missions and planets based on your score and the objectives you complete within the game really do add to the replayability factor of Starfox 64. It can be frustrating at times, but the need to go back and replay that specific level so you can try again to get to that certain planet is somewhat annoying but also very fun. The fact you have to work through every mission to get on certain paths really raises the stakes and makes you feel as if every move you make matters because it does matter. This system adds an insane level of replayability and immersion that most other games couldn’t even dream of. I’ve been playing Star Fox non-stop and I’m practically obsessed with trying to get to every single path. Every planet feels fresh and unique with bosses that are all equally challenging as they are entertaining.

This is an image of the Lylat System. Starting on Corneria (far left) you make your way across the map to get to Andross, going through various planets to get there. Your path is determined by skills/certain achievements you make on each planet.

The bosses aren’t the only thing in this game that is entertaining. Starfox is a team that consists of four members: Fox Mcloud, Peppy Hare, Slippy Toad and Falco Lombardi. Despite having few lines these characters are all quite colorful and memorable to the player. All of the cast have their own unique personalities and snappy one-liners that can come off as a bit cheesy but are still lovable. Except for Slippy. If he couldn’t analyze shields I swear I would have left him to rot on Titania.

Overall, I really can’t complain about Starfox 64. Everything about it was great, really. The gameplay, the characters, the levels, the pacing, there’s nothing major in Starfox 64 I didn’t like. It’s quite a solid game and stands the test of time despite being almost twenty years old. There’s a sort of grandiose and epic feel to each battle as you save planets from destruction at the hands of the mad scientist Andross. Initially, I was skeptical about going into Starfox 64 due to the effects nostalgia can have on a player’s perceptions, but after playing through the game I can thankfully say that Starfox 64 went above and beyond my expectations.