One of the biggest announcements coming out of the recent Nintendo Direct Mini was the reveal of a brand new Mario Tennis Game, Mario Tennis Aces. Not only does this entry seem significantly more fleshed out than the most recent titles, but it’s also the first Mario Tennis game to have a story mode since Power Tour on the Game Boy Advance. With a colorful trailer that’s got everyone buzzing, can Aces be the title that pulls the Mario Tennis series from the depths of mediocrity? Let’s hash it out.

At the heart of any Mario Tennis game is the tennis gameplay itself. Despite the franchise’s varying degrees of depth when it comes to modes or options, the tennis mechanics have been consistently solid and refined ever since the first game on the Nintendo 64. What has varied, however, are the special gameplay features found in each installment. Mario Power Tennis (GC) and Power Tour (GBA) had character-specific saves and power moves that made each character feel unique apart from their different movement stats. Mario Tennis Open (3DS) and Ultra Smash (Wii U) featured chance shots, which had players running to randomly-placed glowing circles on the court to perform especially powerful shots against an opponent.

Chance shots were maligned by many fans for putting the focus on chasing circles instead of actually playing balanced rounds of tennis, and it unfortunately looks like they’re returning in Aces. This could, of course, easily be circumvented by giving the player an option to turn chance shots off in both single player and multiplayer modes. On the other end of the spectrum, power moves would be a welcome way to make characters feel special again–in story mode. Power moves worked so well in the earlier games because it made story adversaries stand out and made players feel especially powerful when using them against computer-controlled foes. Using these online would undoubtedly give certain gamers an unfair advantage, though, and should thus be confined to spicing up the story mode. 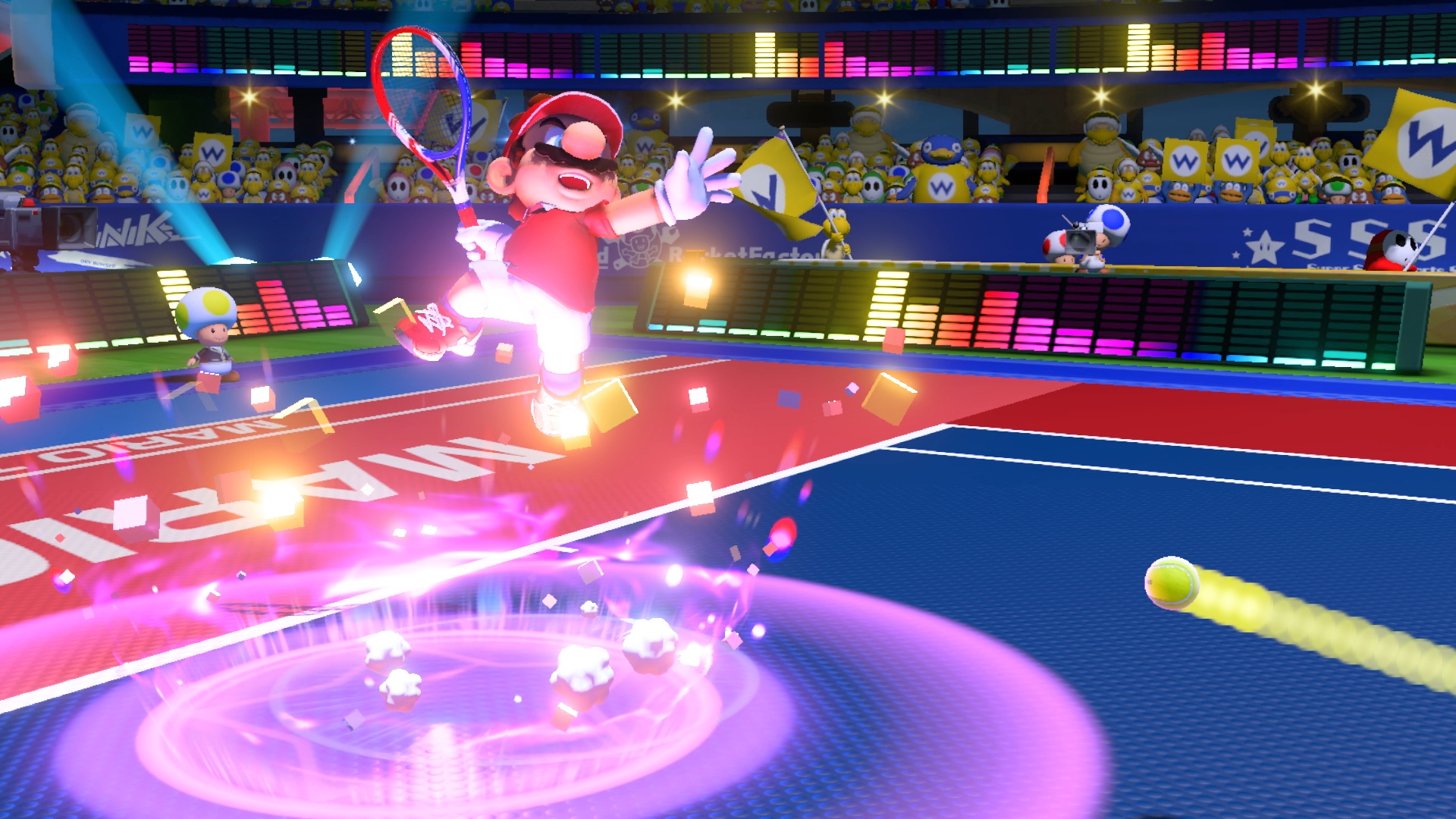 One of the most disappointing aspects of the last Mario Tennis game, Ultra Smash, was how unvaried the courts were. Instead of imaginative tennis locales that were themed after certain characters or worlds from the Mario universe, players were confined to a single arena with varying material options. Visual variety is especially important here because, unlike Mario Kart or Mario Golf, the layout of a tennis court never changes. Luckily we’ve already seen forest and temple-themed locations in Aces, and based on the brief glimpse of the overworld map we can deduce that snowy and possibly volcanic courts are also likely to appear.

For Aces to truly go above and beyond, these and a number of other locations will all need to be available outside of the game’s story mode. Most gamers will probably spend the bulk of their time in multiplayer matches, and it’d be a shame if those were confined to the same generic arena setting brought over from Ultra Smash. There are already noticeable presentation improvements in terms of crowds detail and character introductions; being able to access a variety of unique courts would be key in giving Aces even more personality. 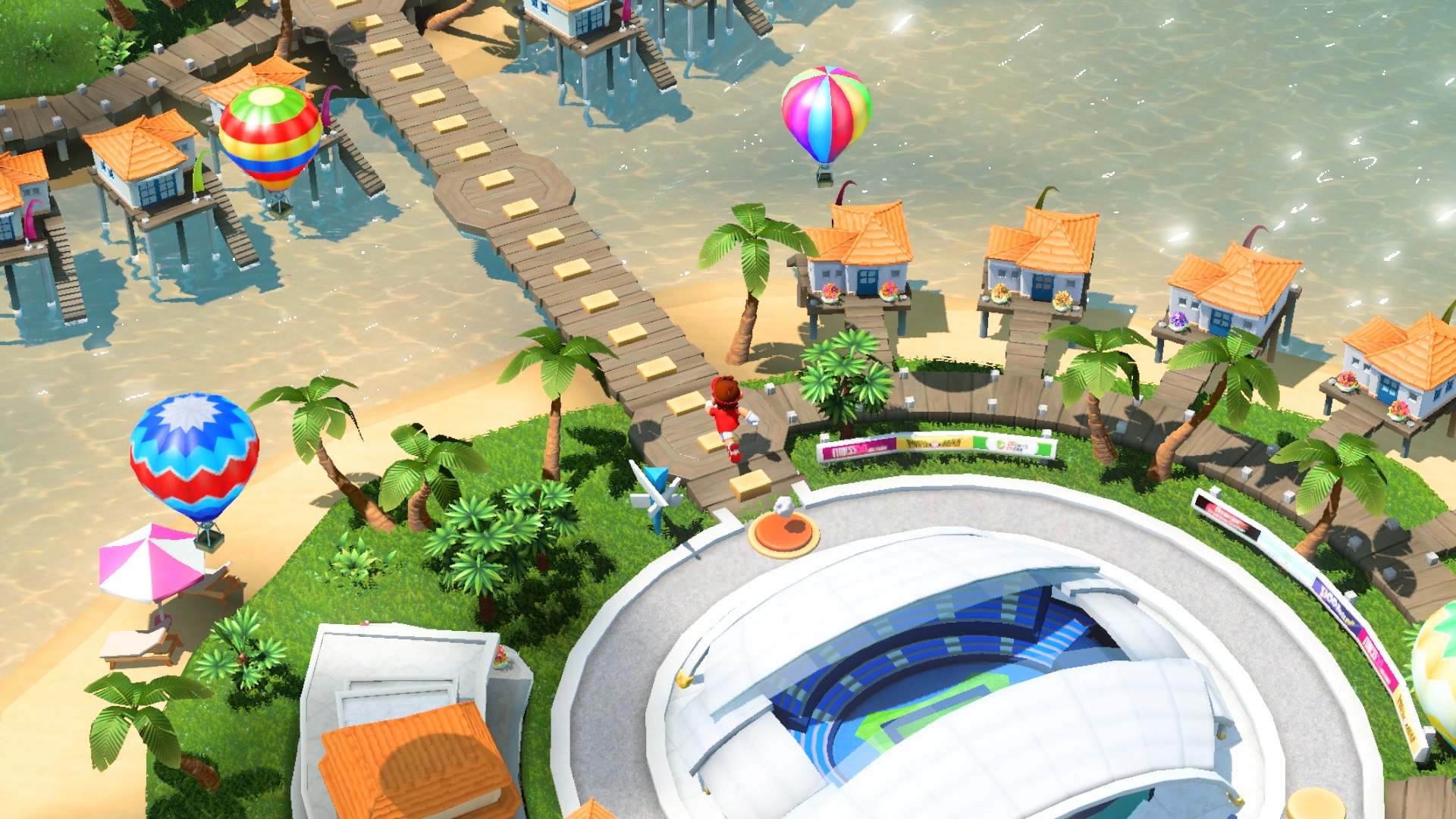 There’s a reason gamers have such a fondness for the classic Camelot Mario Tennis and Mario Golf games: masterfully constructed story modes. Mario Tennis: Power Tour, in particular, holds a special place in my heart for featuring such a whimsical setting and aspirational storyline. Enrolling at a tennis academy and working my way up through the ranks by going through a series of intense training exercises and steadily upping my skills is an experience I–and many old-school fans–will never forget.

At first glance, the story mode in Aces seems more akin to an arcade mode where players will take control of Mario and make their way around an island while competing in various exhibition matches and tennis skill challenges. While any kind of meaningful single player experience would be a step up from the more recent titles in the series, introducing upgradable skills and other RPG elements would be essential in tapping into what made those Game Boy entries so enticing. Having a variety of Mario characters to choose from, unlockables like different outfits and rackets, and a New Game Plus mode would also help make this new story mode a major selling point of Aces.

Camelot has been far from consistent with their handling of the Mario sports franchises, but Aces looks like it could be a real return to form for the storied developer. The name of the game here truly is options and features. The options to disable chance shots, play with a variety of characters in story mode and select from a variety of visually distinct courts are all incredibly necessary. Similarly, the game would benefit from offering features like character-specific power moves, a progression system in story mode and cosmetic unlockables to incentivize multiple playthroughs. This is the most hyped gamers have been for a new Mario Tennis title in years; let’s hope Camelot can deliver on the game’s massive potential.