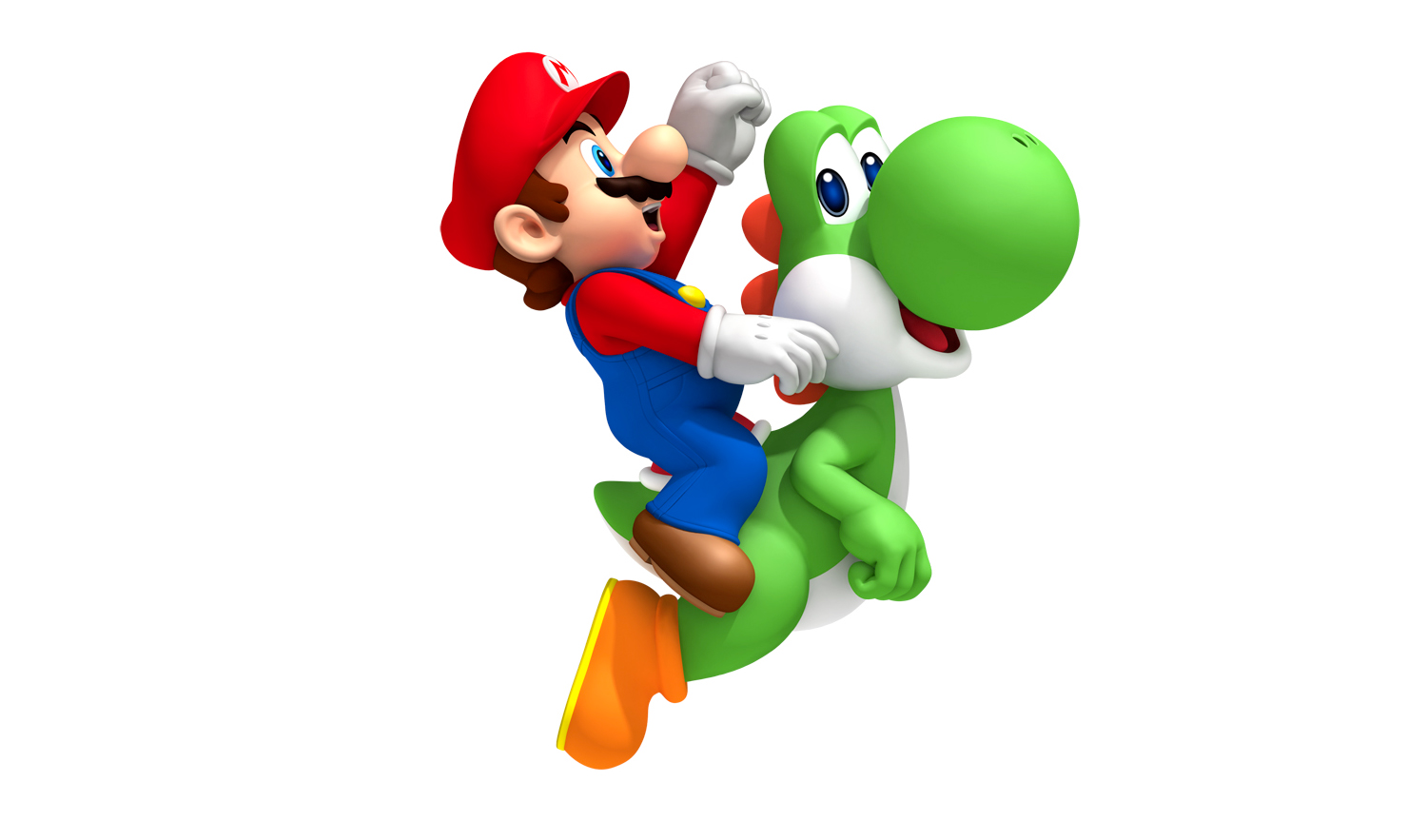 With 2015 in the record books, let’s take a look back and what Nintendo did right, and where they fumbled over the last 365 days.

Most level editors are either extremely basic and lackluster, or overly complicated and not very user friendly. Enter Super Mario Maker. Nintendo manages to mesh depth with simplicity in such a way that anyone with even just an inkling of creativity can pick up the gamepad and create with ease.

Prior to the announcement of Super Mario Maker you’d be hard pressed to find anyone willing to bet that Nintendo’s biggest game of 2015 would be a level editor, and that’s just the way Nintendo wants it. They’ve become known for coming out of left field with wacky ideas and excelling well beyond anyone’s expectations. Nintendo continues to be at the forefront of innovation within the industry, and they continue to prove they’re willing to push the envelope into areas other big developers haven’t even considered yet.

Perhaps the most impressive thing about Super Mario Maker is the risk involved in the creation such a project. Let’s face it, level creation isn’t exactly something the gaming community as a whole was asking for from Nintendo, and the announcement of Mario Maker was met with mixed reactions, but that didn’t deter them from following their vision till the end and creating a product that was ultimately very well received.

2015 was not only a year of innovation for Mario, but also a year for an entirely new Nintendo made franchise to step into the limelight. Nintendo has never been known to simply copy what the other big dogs are doing, so their announcement of a online multiplayer shooter was a bit surprising, but sure enough they had their own unique twist on the genre in mind. Splatoon is far from your conventional shooter, mixing new mechanics and game modes into the well established competitive arena, resulting in an all new addictive and unique experience.

Their willingness to persist through adversity and doubt, and innovate with both classic franchises and new IPs alike highlights one of Nintendo’s greatest strengths: their ability to constantly bring new ideas into the industry.

2015 was an excellent year for Nintendo in terms of the supplying additional content for their biggest titles. From additional racers and tracks for Mario Kart 8, to new weapons and arenas in Splatoon, Nintendo has been pumping out high quality updates all year long.

One of 2015’s most shocking moments had to be the announcement of Cloud Strife, of Final Fantasy fame, becoming a playable character in Super Smash Brothers. I mean, honestly, who saw this coming? It seemed like nothing more than a pipe dream prior to the announcement, but Nintendo somehow made it happen. In an age of information leaks and companies announcing things years ahead of their release, Nintendo still manages to keep their secrets held tight, and shock their fans with massive announcements out of nowhere.

It’s no secret that the WiiU hasn’t been doing exceedingly well in terms of sales. Aside from Mario Maker, even Nintendo themselves have had a hard time making good use of the gamepad, with some of their biggest titles (like DKC: Tropical Freeze) simply ignoring the device altogether. The system’s online infrastructure is sub-par, and 3rd party support is non-existent. Despite all this, I fully expected Nintendo to let the WiiU drag on for a couple more years before announcing a new home console. But, much to my surprise, Nintendo seems to have an aggressive stance on getting back into the console race, and they even seem to want to be an industry leader in terms of hardware!

In 2015 we received confirmation that Nintendo has been sending out development kits for their new console, code named “NX”, and during a press conference Square-Enix announced that Dragon Quest 11 will be coming to the NX, making it the first game to be officially announced for the console. It’s a widely accepted belief that Zelda WiiU was delayed this year so that it could be launched next year as a WiiU and NX title, potentially giving the NX a killer app right out of the gate. And to top it all off, it’s rumored that the console will feature “industry-leading chips“, meaning it won’t only compete with the PS4 & Xbox One, but may surpass them in terms of raw power.

The WiiU is barely 3 years old, so while its certainly disappointing to see it’s run come to an end so soon, it’s the right move by Nintendo to move on. It’s far too early and we have far too little information on the NX to speculate on whether or not it will be capable of clawing Nintendo back into the console wars, but it’s extremely exciting to see Nintendo taking initiative and indicating that they still want to be seen as competition to Sony and Microsoft.

Looking at our list of the 15 best games released on Nintendo consoles this year, it’s clear that the WiiU and 3DS were home to more than a handful of good games in 2015, but this list also makes a few not-so-positive things very apparent.

Four of the 15 titles are games which were released on other platforms years prior, and seven games on the list are indie titles. Now, there’s certainly nothing wrong with indie games, but the mass majority of them are rather short-lived experiences. While Super Mario Maker is great for what it is, it doesn’t offer the robust campaign of previous games in the series. Xenoblade Chronicles X is the only game on the list that offers a single player campaign that will last you well over 25 hours. Sure, Splatoon and FAST Racing NEO are time sinks, but they don’t offer the traditional story modes many gamers crave.

The glaring omission from this list, when compared to best of lists for the other consoles, is obviously the lack of triple-A 3rd party titles. Nintendo loyalists can’t boot up The Witcher 3, Fallout 4, or Metal Gear Solid 5 on their WiiU. At this point, it’s like beating a dead horse, but gamers who only own a WiiU are missing out on a lot if high quality titles. Is there anything Nintendo could have done in 2015 to prevent this? No, they made their bed, and they’ve had to lie in it, but it still needs to be pointed out as the console’s greatest flaw.

Due to a lack of solid 3rd party support dating way back to the N64 era, Nintendo has taken to commissioning the development of smaller titles under the branding umbrella of their bigger franchises with the intention of filling the gaps in the sparse release schedules of their consoles. 2015 saw the release of several of these filler games, which were met with sub-par reviews, and ultimately serve as a blemish on Nintendo’s track record.

Animal Crossing: Happy Home Designer and The Legend of Zelda: Tri Force Heroes are prime examples of games Nintendo shouldn’t be wasting resources on. Neither of these games live up to the standards of the franchises they’re named after, neither of them innovate in any way, and both of them feel like they should be cheap downloadable games yet both were released as full priced 3DS titles.

The WiiU wasn’t immune to these filler games either, as Mario Tennis: Ultra Smash was quite the disappointment. Where Mario’s previous ventures into various sports have yielded great games with unique modes and tons of replay value, Ultra Smash feels empty. It lacks any sort heart, and the game is extremely shallow when it comes to modes and game play features. It feels like the people making the game wanted to be doing something else, and they simply went through the motions and created the most basic game imaginable.

It may seem contradictory to bash on Nintendo consoles for their lack of games, and then a couple of paragraphs later berate them for releasing games, but the fact of the matter is these filler games are not the answer to Nintendo’s problems. At this point in the WiiU’s life we can’t expect a bunch of great 3rd party support to just appear out of thin air, but at the same time, I think most fans don’t want Nintendo to create these games for the sole purpose of meeting a quota. Games with the words Animal Crossing or The Legend of Zelda in their title should be highly anticipated and well received, not shrugged off.

Nintendo deciding to release an under powered console for the second generation a row has put the WiiU in the awkward position of being considered a ‘complimentary console’ rather than actual competition to the PS4 and Xbox One. While the figureheads at Nintendo seem fine with this notion, someone really needs to give a heads up to their marketing department. As of December 2015, a baseline WiiU SKU in Canada will run you $330, where as the baseline Xbox One SKU is $400. Now, can someone explain to me why the console that’s one year older and has far inferior hardware only costs $70 dollars less?

The WiiU continues to fall further and further behind in the sales charts, and while Microsoft and Sony aggressively drop prices in order to keep their sales up, Nintendo stands pat on their overpriced system. Let’s face facts: the WiiU should be between 200-250 dollars at this point. And while they’re dropping the price of their console, they should take a look at the prices of their games as well. Why is it that Nintendo’s first party titles never seem to drop in price? New Super Mario Bros. U, a game released in 2012, is still selling for the price it launched at! It’s no wonder why Nintendo’s sales numbers have been in the gutter this generation.

Nintendo’s reluctance to follow the basic principles of supply and demand does not bode well for the future of the NX. Reports indicate that Nintendo intends for their next console to be the most powerful machine on the market, meaning it certainly won’t be cheap to make. How will the price it? Launching a console smack dab in the middle of the PS4 & Xbox One’s life cycles is risky enough, but if Nintendo over prices their new machine, it’s possible that they’ll put themselves in a massive hole right off the bat.

Overall, 2015 has been quite similar to a lot of recent years for Nintendo. They continue to innovate and produce quality games, but the limitations of the hardware are clearly holding the WiiU back from reaching a wider market. Thankfully, there is hope on the horizon. Nintendo seems to be aggressively pushing forward with the NX, and 2016 will undoubtedly be a very interesting year for the Big N.