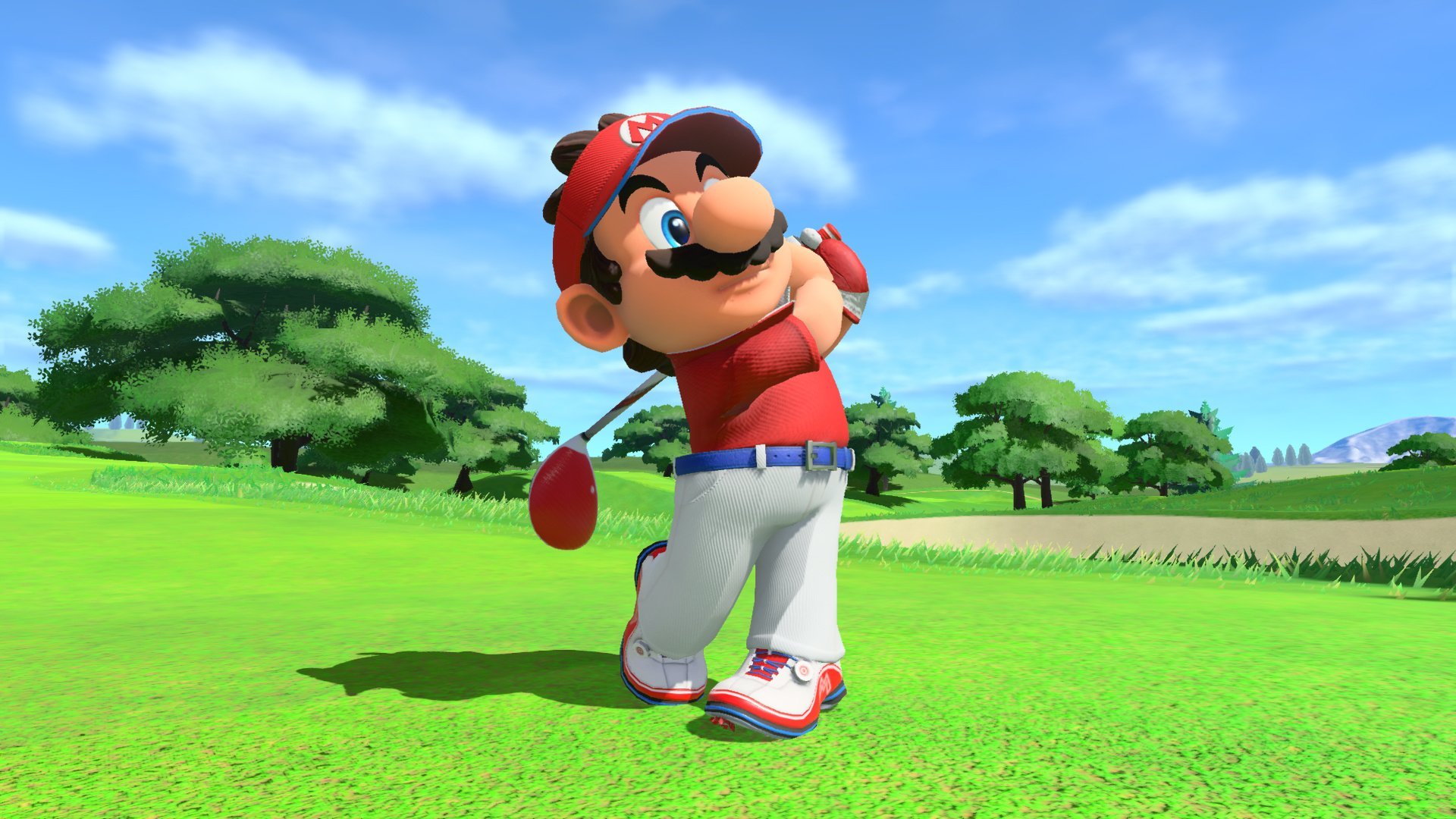 It’s been seven years since the red plumber and his friends last grabbed their bag of clubs and hit the courses of the Mushroom Kingdom. After Camelot stepped off the tennis court, the developer finally set up their tees for a grand return to the sport that started it all. Mario Golf: Super Rush is now available on the Nintendo Switch, and with it comes that familiar formula of the sport the series has held tight since its 8-bit origins with NES Open Tournament Golf. You may be a little rusty with your swings or have never been able to hit a hole-in-one, but these essential helpful tips will help you avoid those embarrassing triple-bogies and stay on par in Mario Golf: Super Rush!

Immediately Get The Right (or Left) Grip

Are you playing Mario Golf: Super Rush with the Joy-Con motion control setup rather than the standard button inputs? Like the real sport, Nintendo has actually given players the option to switch between which dominant hand they would like to use for maximum comfort. If a player is choosing to use motion controls, they should immediately head on over to the “Options” page as soon as they finish watching the opening cinematic and land on the main menu. The first setting that can be changed under the “Settings for Golf Adventure and P1 controller” is whether or not you want your handedness to focus on a right or left style. While the dominant genetic is the preset gameplay style, recessive structured fans can switch on over to their left hands before they dive into any game mode!

Seriously, Tee Off With The Single-Player

It may sound redundant, to say the least, but rather than diving straight into any of the three standard golf modes, newcomer and veteran Mario Golf players should absolutely embrace the game’s single-player for its first hour or two. Not only will the Golf Adventure mode introduce audiences to the new game types included in Mario Golf: Super Rush, but it will also inform them on how to thoroughly use all of the title’s core mechanics coherently. If you are the type of player that does not understand the differences between clubs or want to learn the basics of golf for the first time, Golf Adventure offers a substantial entry point into the sport as it never misses a beat on teaching the basics. However, the single-player story also offers the only time in the game in which the brand new mechanic of full-powered shot risks is introduced for veterans — no, longtime players, your landings for going full power are not just randomized. And speaking of…

In the previous Mario Golf games, players could use as much power they desired in their swing with no penalty. While this may end up being a controversial addition to Super Rush, full-powered shots now come with a slight risk. If a shot is charged up to the maximum power level, there is a chance that the ball can perform what is called a “shift”. A shift is a change in both distance and control upon being shot. The player’s shift is completely randomized as soon as they strike their ball, however, it can only occur if the gauge reaches the highest power range called the risk zone — the top rhombus-looking area. The lower a shot’s power is with the gauge, the more accurate the shot will be. The higher a shot’s power is with the gauge, the higher the chance there is for a shift to occur (given if the player of course enters the risk zone). Shifting is a simple feature that can ruin a run, so stay cautious!

Like the prior entries, Mario Golf: Super Rush centers itself around legitimate golf terminology rather than fictional names and ideas for the core gameplay. There is an overwhelming amount of golf jargon for casual players to drown in, however, Nintendo has smartly included a simple addition on the main menu and pause screen of the Golf Adventure mode known as the “Golf Guide”. The instructions are split into two separate categories: Golf Controls and Golf Lingo. As to be expected by the names, while Golf Controls teaches you how to play with the basics and expert skills of the game, Golf Lingo is a handbook of all the terminology. Whether you want to know the differences between the available clubs or what words such as “albatross” or “backswing” mean, Golf Lingo has every single definition and explanation you need at any time. Best of all, the definitions have all been placed in alphabetical order so finding specific words is no hassle!

Topspin and Backspin to Victory

Curving your ball using the left stick is an extraordinarily well-known technique among longtime Mario Golf players, but what many Super Rush newcomers will likely forget is the fact that they can utilize topspin and backspin strategies. Topspin and backspin is the player’s ability to either make a ball move more forward upon its landing or alternatively stop faster. When setting a shot’s power double click the A button to create a topspin shot. To create a backspin shot, double press B instead. If you wait a second between the second button press, the player can activate a super topspin and super backspin — a more powerful effect of both strategies. Getting your golf ball to roll forward or come to a complete halt will get you closer to the flagpole so be sure to always remember to use it!