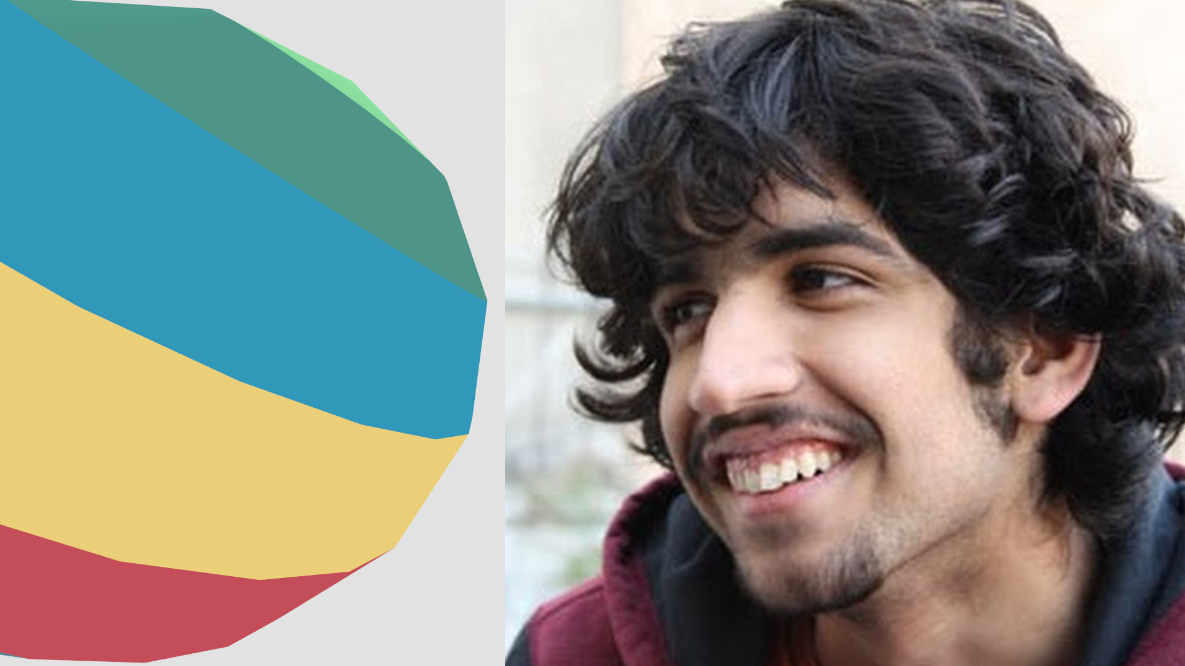 In a recent review, we called Quicktequila’s Lovely Planet “arguably the most charming and enjoyable eShop game released so far this year,” highly praising the run-and-gun title’s quirky design, addictive gameplay, and amazing soundtrack. We caught up with the title’s developer, Vidhvat Madan, to discuss some of the behind the scenes details of the game’s development process, what it was like working with Nintendo, and his vision for the future:

GS: What is the story behind the origins of Lovely Planet? Where did the original idea come from?

Vidhvat Madan: Being a big fan of first person shooters, I wanted to create a smaller, simple version of an FPS game. Modern FPS games are complex; there’s just too much going on and the market is flooded with the same dull gray military shooter.

GS: When I started playing through the Lovely Planet, the first game that came to mind was one of my favorite PS2 games, Katamari Damacy. What were the main video games that inspired the title, if any? Which ones helped shape your vision for the style, gameplay, or overall design?

VM: At the time I was big into Japanese Culture – while working on this game I often had J-Pop videos streaming in the background on YouTube. These videos had a cheerful and colorful vibe to them which I felt would be a nice twist on the FPS genre. Players expect a military setting with blood and gore; the art style we have in Lovely Planet makes for a good surprise. In terms of gameplay, I was more influenced by games like Super Meat Boy. That game involves practicing shorter levels repeatedly while you slowly become one with the controller, an experience that I tried to recreate in Lovely Planet.

GS: One of the best parts of the game is its lack of story, which makes it easy to jump right in and play. It is never explained why players are attacking the red characters; they just are. Was there originally a story that drove Lovely Planet, or at least one that was in your mind during development?

VM: I thought you’d never ask! I’m a big fan of games that don’t tell you anything. Not only does it let me jump straight in which is extremely important to me, it also makes the story a more playful experience for the players who actually want to find out more about it. Be it a little background story or a short quest log entry, every time a game chooses to simply tell me things, I am no longer inclined to find out more myself. Lovely Planet hides Japanese text all over the game world, most if not all of those have already been discovered by players. Lovely Planet doesn’t tell you a story; it only keeps a few secrets from you. 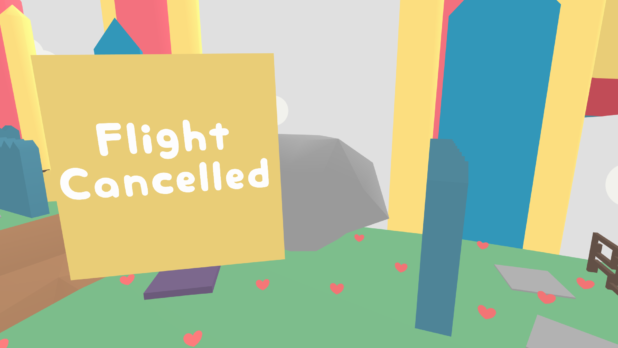 GS:The world of Lovely Planet is awesome and full of quirky little surprises. The most memorable are the “love you” and the “flight cancelled” signs. Were these kinds of things included arbitrarily, or do they have meaning within the Lovely Planet universe?

GS: Calum Bowen’s soundtrack is a huge part of the game’s success. How did he come on board? What sort of direction did you provide him with, or did you just give him free creative reign?

VM: The game was sitting on a forum with a few screenshots where I was looking for feedback and Calum just showed up out of nowhere asking if he could write the music for it. I’ve had no experience working with a composer before and he sounded like he knew what he was doing so I gave him a copy of the game and told him how many tracks we needed. It was magic. I myself didn’t have the slightest clue what the music should be or what vibe we wanted, but Calum had a pretty clear vision. It was almost like he already knew that one day a game like Lovely Planet will show up and he’ll be working on it. A few weeks later I had an OST full of killer tunes in my inbox.

GS: What was it like developing the title? Did you plan for releases on all platforms from the start, or was it originally intended to be a Steam exclusive?

VM: It wasn’t until 6 months into development that I realized that Lovely Planet might be something people want to play. I had never had a major publication cover my game and I didn’t even promote the game outside of writing about it on my blog and uploading a short trailer on YouTube.The moment I saw that Kotaku wrote a short article about the game, I knew I had some work to do. In my mind it was always a PC game, but with the help of tinyBuild, we were able to port it onto other platforms.

GS: Normally, the Wii U is a console that gets ignored when it comes to indie ports, with the Xbox One and PS4 getting more attention. What prompted the decision to release for the Nintendo system?

VM: tinyBuild was excited to get the game on more platforms so we made the decision to bring it to the Wii U as well. They had a structure/pipeline set up to arrange for a port and get the game published on the platform which made it a lot easier from my end. At the same time people who missed or skipped the game on Steam get to try it out now which is a good thing.

GS: Nintendo has developed a reputation for being relatively difficult to work with when dealing with 3rd party devs. How was the experience? Was porting to the Wii U a challenge? Were there any changes that needed to be made from the original version?

VM: Unfortunately I couldn’t tell you because my publisher tinyBuild did most of the heavy lifting for me on that front. I was mostly detached from the porting process, getting games on platforms like the Wii U involves getting through certification which can be a lot of back and forth. I had another game on my hands that needed my attention.

GS: What can players expect from Lovely Planet in the future? With Lovely Planet Arcade coming in Summer 2016, what can fans look forward to? So far, the title has been announced only for PC/Mac/Linux and Steam, but will this title make the jump to the Wii U as well?

VM: And the name of that game as revealed earlier this year, is Lovely Planet Arcade. I’m eager to get this game out there as soon as possible so I’m firing on all cylinders with this one. I don’t know for sure myself if the game will ever make it to more platforms just yet, but I hope that it does make it to the Wii U so more players can enjoy it.

GS: What other kinds of games are you looking forward to developing in the future? Are there any new titles currently in the works? Will these make it to Nintendo consoles as well?

VM: I’m always working on more games! Again, it’s too early to tell if my next game makes it to every platform but the intention is there to bring it to as many players as possible. I wouldn’t reveal much right now other than the fact that players should expect something “different”.