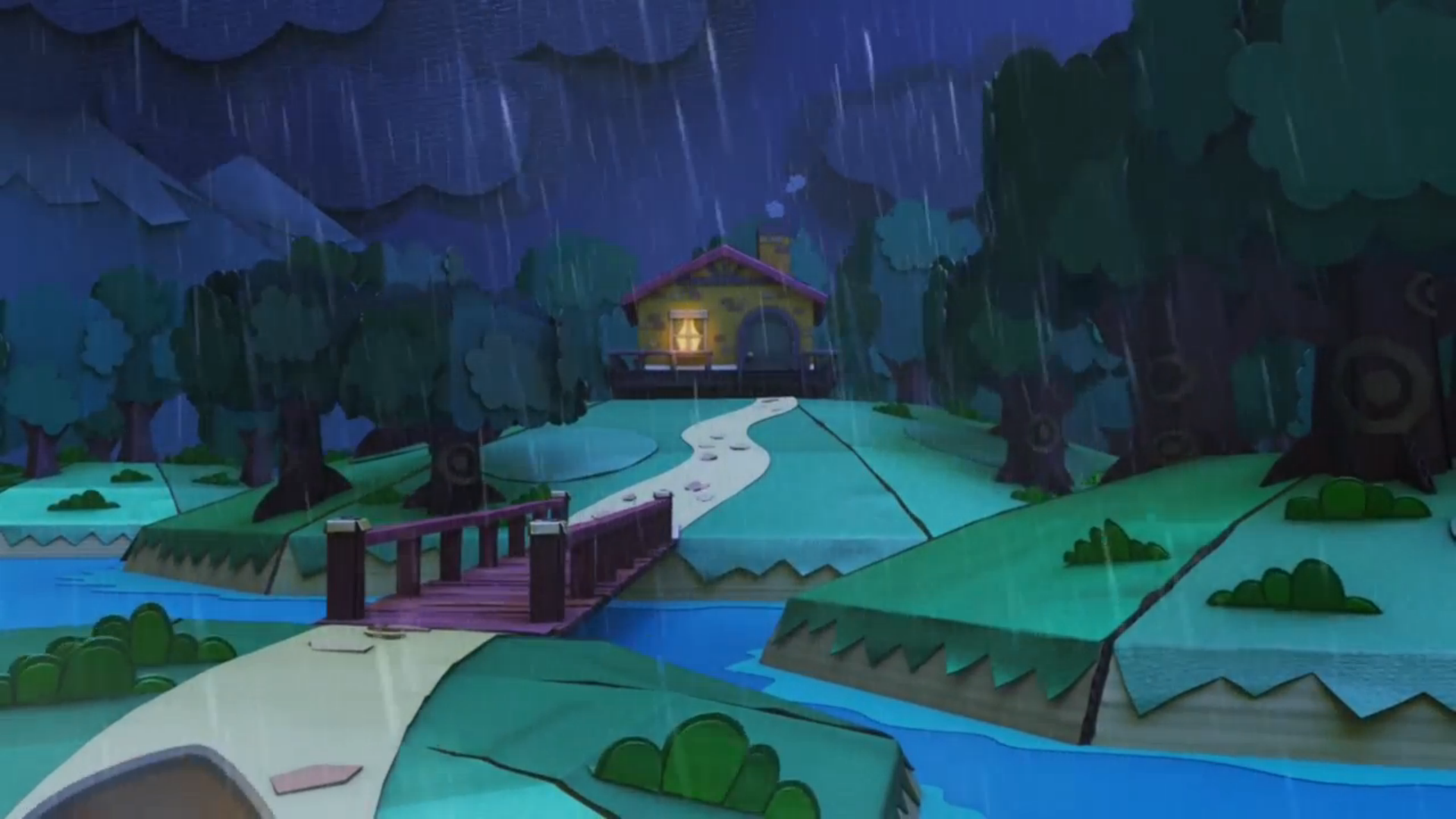 Paper Mario: Color Splash has had a storm of controversy swirling around it (thanks to some very vocal critics) ever since the reveal trailer announcing its release aired.

In short, there were a few hasty jumps to conclusions. The initially sparse gameplay footage suggested Color Splash was going to be merely a console rehash of 2012’s Paper Mario: Sticker Star – a game seen by many as a lackluster installment that deviated from the RPG themed backdrop of past Paper Mario games.

As an avid fan of the Paper Mario franchise, I watched the reveal trailer and was admittedly disappointed. My dream of a spiritual sequel to Paper Mario: Thousand Year Door was, once again, set back a few more years. I honestly sympathized with the hateful bandwagon who’ve condemned this game from the very beginning and originally planned to write a cheeky article echoing some of their top complaints. Thankfully, I did some homework first.

Seeing that I might regret writing an emotionally-charged article about a game I haven’t even played yet, I immersed myself in all things Color Splash. This means watching and taking notes on gameplay videos from E3, Gamescom, Hyper Japan Festival, and PAX West, as well as reading up on transcripts of interviews with Color Splash director Risa Tabata. To top it off, I played through all of the Paper Mario games released to date – from Super Mario RPG, to the infamous, experimental Sticker Star. Heck, I even threw in Mario & Luigi: Paper Jam for good measure.

I had become one with paper.

Upon completing this investigative quest for knowledge, I came to two conclusions:

Edgy, I know. If I listed these revelations in a video, I would probably find myself on the wrong end of a YouTube firing squad. Oh well, I did my own research and am confident in the perspective developed from it. Here is what I found:

Color Splash is undoubtedly similar to Sticker Star – but, fortunately, the similarities are seemingly limited to only the endearing traits. The humorous dialogue, superb musical score, and consistently outstanding aesthetic delivery are definitely present, thanks in part to the return of Sticker Star developer Taro Kudo. By and large, this is where the similarities between the two end.

Using Sticker Star as a case study, Nintendo not only retained what worked, they also improved upon what did not. Here are some of the top complaints about Sticker Star, coupled with what appears to be Color Splash’s attempts to address them. Noticeably missing are the prolific complaints regarding lack of partners, badges, and traditional leveling. Make no mistake, the absence of these cherished elements was (and continues to be) disappointing.

5 Sticker Star Complaints and How Color Splash Answers Them

Sticker Star Complaint #1
There is little to no incentive to fight enemies in Sticker Star. With no XP system of any kind, encountering enemies not essential to plot progression served pretty much no other purpose other than draining your inventory of stickers, lowering your HP, and wasting your time.

+ Color Splash Improvement
Enemies now drop not only “Hammer Scraps” that eventually level up your paint hammer storage, but also have a chance to drop Battle Cards unique to the enemy species. A coin bonus is granted for defeating an enemy or a group of enemies without taking damage. Also, Kamek the magikoopa randomly appears at the onset of a battle sequence to “curse” you and steal lots of your Battle Cards. Defeat the enemies and Kamek will return the stolen cards along with 300 coins for your trouble. Neat. Sticker Star Complaint #2
Inventory issues make stickers in Sticker Star an obnoxious mechanic – especially larger stickers or “Thing” Stickers. A player can hold up to 120 normal sized stickers in SS, but when larger sticker types are factored in, those 8 pages fill up way too fast. To make matters worse, sometimes missing terrain/architecture vital to level progression take up space temporarily in your sticker pages – making resource management even more stressful.

Note: Come to think of it, inventory issues have been a recurring theme in the Paper Mario series.

+ Color Splash Improvement
Color Splash’s card system will let you hold up to 99 Battle Cards. The key takeaway, though, is that all cards in the deck take up the same space regardless of card classification. This change will definitely be an improvement over the sticker system by hopefully making resource management problems a thing of the past. Fingers crossed.

Sticker Star Complaint #3
The sticker system is overly simplistic. The battle sequences lack depth and boss “Thing” card weaknesses are not hinted at well enough to be utilized consistently.

+ Color Splash Improvement
The new Battle Card system introduces “Enemy” Battle Cards that are replicas of Mario’s enemies. An Enemy Card, once played, serve as an extension of Mario in both offense and defense. The “Battle Spin” system is brought back, but now it’s not the only way Mario can use multiple items in one turn. Additional slots for Battle Cards seem to open up as the game progresses. You can choose to use some of your paint to color a Battle Card to increase the amount of damage that card does. Hints at boss weaknesses to specific “Thing” Battle Cards will be more obvious.

+ Color Splash Improvement
From the gameplay videos shown, Color Splash seems filled with NPC’s to interact with and feels anything but barren. During battle sequences, even minor enemies talk trash to you and react to taking damage. +1 for immersion. The plot seems to be at least somewhat more in-depth – at least, the game is marketing itself as such. For evidence of this, check out Episode 1 of the recently released Rescue Squad V commercials:

Also, players are promised at least 30 hours of non-completionist gameplay. If this is true, it’s at least on par with Paper Mario 64. AWESOME.

Sticker Star Complaint #5
Exploration in Sticker Star is occasionally tedious and does not feel rewarding.

+ Color Splash Improvement
Rewards are now added for exploration such as the recurring Luigi side quests. Find Luigi hiding out in a level and you’ll get 300 coins for your efforts. Completionists will also be happy to know that the game openly tracks the percentage of spaces painted on each level. This percentage tally really incentivizes exploration and completion. Let’s hope there will be additional, more tangible incentives to accompany that emotionally satisfying “100%” checkmark.

I would argue that, while Color Splash initially appears to be the refinement of Sticker Star, it has enough original content and quirks to evade the “Sticker Star 2.0” label that critics are trying to slap on it. It might be unfortunate that Color Splash and the Paper Mario series as a whole remains distant from its RPG roots, but just because a game takes a different path than its predecessors does not mean it will be inevitably bad. Try not to let your disappointment toward the genre deviation of the series rob you of an open minded play-through of Color Splash.

On a positive note, compared to Sticker Star, this game actually has more RPG elements.

This is definitely a step in the right direction.

Personally, I am looking forward to the release of Color Splash this October 7th!

Please feel free to leave any thoughts, observations, or criticism in the comment section below.