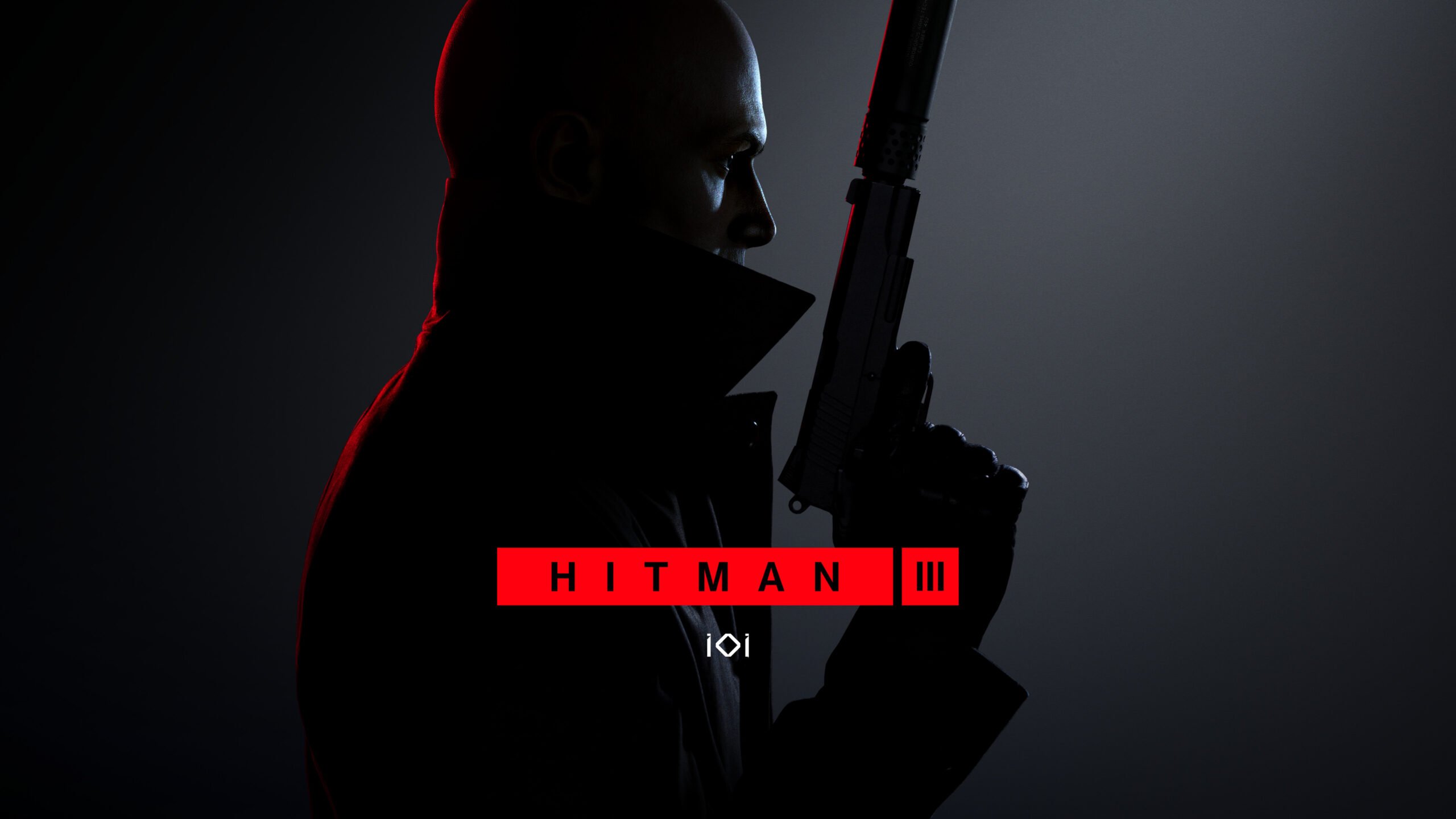 Hitman 3 is more of the same, but that’s hardly a bad thing. Rather than expand on gameplay options, developer IO Interactive embraces the essence of Hitman: Indulging and encouraging your sadistic tendencies through six levels that are rife with unique opportunities for artful execution. Each level is a bloody buffet, and your choices are the entrees; no matter what your meal, you always leave satisfied. A greater emphasis on set-pieces and story may raise eyebrows with fans, but they can rest assured they hardly get in the way of this triumphant conclusion to the Hitman trilogy.

Solving the Puzzle by Making Your Own Pieces

Hitman 3’s story is rife with conspiracy and betrayal, but it’s also a little forgettable. The story in these games generally serves a secondary role; usually they provide loose justification as to why Agent 47 is in a specific location trying to kill a specific person. It’s mostly the same here. Hitman 3 tries to do a little more with its narrative, but flat characters and a generic premise prevent it from ever being memorable, contrasting heavily with the countless unforgettable stories you’ll have about playing the game.

There isn’t a whole lot new here; you can use a camera to scan objects for intel or impromptu mirror selfies, but that’s about it. It doesn’t particularly add anything of value to gameplay, but it by no means makes the game worse. Rather, Hitman innovates by expanding avenues for player choice with six brand-new levels boasting vast numbers of ways to kill creatively; no level showcases this better than the game’s second level – Carlisle Mansion.

Carlisle Mansion feels like a sincere love letter to 2019’s Knives Out. There’s been a death in the family, and Madame Carlisle – both the matriarch and your target – suspects foul play. She’s hired a detective to investigate, but what she doesn’t know is that the detective is passed out naked in the bushes thanks to you. Adopting his identity, it’s time to do some snooping around.

Embracing your new role, you converse with the butler, who leads you around the mansion; the family thinks you’re here to solve a murder, but you’re also investigating how you could commit another. Along the way, you solve the murder, meet with Madame Carlisle to report your findings, and you accuse her niece. The matriarch thanks you for your time and heads out to the balcony to process your findings. You follow behind; four stories up, you push her over. A short scream, followed by a thud, and then silence. You quickly hop over the balcony rail, shimmy over to an open window, and climb into a room far away from the crime scene. You’ve removed yourself from the crime; no one suspects you. You calmly walk towards the exit. Mission accomplished.

In the end, the family was right about one thing: Foul play was afoot.

That was how I tackled Carlisle Mansion the first time. I spent a little over an hour patiently investigating rooms, exploring the mansion, and assessing my avenues for assassination; it was a thrill that made me feel like a mastermind once I left without raising a single alarm. My second playthrough saw me try a different approach; I scaled up the side of the mansion, disguised myself as a bodyguard, and slipped a poison pill into Madame Carlisle’s coffee. By the time she took her last sip, I was right by the exit — completing my goal in a little under 10 minutes. All of the levels are a blast to play over and over as you try to see what all they have to offer — something that’s simply impossible to do on a single playthrough.

Through your actions, you write a script and direct a story about how Agent 47’s latest kill; talking to others about their experiences playing Hitman 3 is a delight because no two stories are likely to be exactly the same. Hitman 3 is at its best when it lets you sit in the director’s chair. Inversely, it falters when it tries to take that control away, feeling akin to studio interference.

The last third of Hitman 3 packs some scripted events and set-pieces that are at odds with the series’ hallmark freeform, non-linear gameplay. One level concludes with an escape sequence that triggers an alert status, regardless of if you’ve been seen or not. Rather than hiding in plain sight, you’re forced to stay out of sight akin to Metal Gear Solid – a style of gameplay that doesn’t mesh well with Hitman 3’s purposefully limited movement and combat options. However, the game is fairly light on moment like this, but when they appear, they’re definitely a little rough around the edges.

Once You Start, You Can’t Stop

Replayability is a huge driving force behind Hitman 3. Discovering areas or opportunities you didn’t know existed on your first playthrough is a thrill; further exploiting them effectively makes you feel like a mad genius. Finishing a level always begs the question — “What else is there to do?”

The vast number of tools at your disposal in these large, pernicious playgrounds can be a little overwhelming. Luckily, Hitman 3’s normal difficulty highlights the more exploitable elements of a level to get your creative juices flowing. The assistance on normal mode is also a great way to learn level layouts — a knowledge of which you’ll want to have for contracts.

Escalation contracts remix Hitman 3’s levels by providing new targets that you often have to kill in specific ways. One might task you with killing a target while wearing a certain disguise or making their death look like an accident. Unfortunately, many are only included with the deluxe version. Upgrading from the base game will run you an additional $35, which is a steep price to pay for five missions. On the plus side, community-made (and most importantly free) online contracts make a return, but their quality may vary.

Some provide unique challenges not seen elsewhere in the game but to get to those, you’ll likely have to work. Multiple “easy XP” or “trophy hunting” contracts dominate trending contracts and only take away space from other, thoughtfully designed contracts. Easy access to quality community content beyond the featured contracts simply doesn’t exist here. However, IO Interactive has made it clear Hitman 3 is a game they’re going to support for the foreseeable future, so hopefully they can address this in a future update.

Playing on a PlayStation 5, the game looks, runs, and feels fantastic. Environments are wonderfully realized. Levels boasts unique visuals; Dubai presents a nice skyline view of the city in the clouds, while Chongqing is set amidst neon-lit streets in the rain and a sterile hidden laboratory. Some levels are packed with impressively large crowds of people, but that never seemed to hinder the game’s performance. Hitman 3 ran at a consistent 60 frames-per-second with no noticeable slowdowns through every moment of the 20 hours I’ve spent with it so far.

Hitman 3 also makes use of PlayStation’s new DualSense controller. Rumble feedback doesn’t feel much different from using a standard controller, but the adaptive triggers are a nice touch. It’s a small addition, but it makes firing guns feel much more satisfying thanks to that subtle added feedback.

Hitman 3 is a remarkable stealth game. It’s not particularly innovative, but it doesn’t need to be. The stealth gameplay is as solid as ever; the large scale levels are well-designed, not wasting a single inch of space. Every death, mistake, success, and failure is of your own design. Even with a few hiccups regarding its story and lack of content quality filters for contracts, its consistent focus on enabling player choice affords you nigh-endless possibilities to bring out your inner deviant, and ultimately makes Hitman 3 a bloody good time.