2016’s Hitman revitalized the long-running franchise, breathing fresh life into Agent 47’s murder-thirsty escapades. The premise: get plonked in a gi-bloody-normous sandbox and assassinate baddies in any way, shape, or form. Hitman 2 is an extension of this, quite literally, prolonging its predecessor’s groundwork rather than reaching for the stars of ‘brand new’. But what’s the problem? If it ain’t broke, don’t fix it.

Hitman 2 slaps six killer locales onto its predecessor, elevating the Hitman and Hitman 2 combo to a generous twelve locations (Paris, Sapienza, Marrakesh, Bangkok, Colorado, Hokkaido, Hawke’s Bay, Miami, Colombia, Mumbai, Vermont/Whittleton Creek, and the Isle of Sgàil). Oh, and that’s not to mention Bonus Episodes/modes like The Icon and Sniper Assassin. All in all, the two titles offer tons of macabre magic, and with Hitman’s content playable from within Hitman 2 (for owners of Hitman), IO Interactive evidently envision them as two halves of a whole. 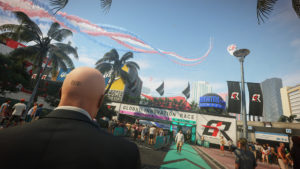 But highlighting Hitman 2 specifically, it rocks! Its six sensational locales boast individualistic visual pizazz, and marry eye popping tidbits with rivetingly ambitious assassination opportunities. A highlight is Mumbai, where a Kashmirian rival assassin aims to bump off Agent 47’s targets (a lucky coincidence) via sniper. Luring said targets into the hotspot and having the Kashmir Killer (that’s not his alias, but it should be) do the dirty deed is a memorable novelty. Vermont’s fictional Whittleton Creek echoes the positives of 2006’s Hitman: Blood Money’s A New Life mission. Occurring in a sleepy suburb, it juxtaposes the grandiose globe-trotting of Colombia and Mumbai. Wherever and whenever Agent 47 pops up, he’ll be treated to funny conversations, weird weapons, and oodles of oddities that are a testament to the nuanced details tucked away in Hitman 2. And naturally, each mission incentivizes re-playability through bottomless pits of assassination possibilities.

Of course, these murder playgrounds come to life through Hitman 2’s top-tier gameplay, and by granting unshackled freedom to experiment and get creative, it respects its players. With goofy dialogue and murder galore, Hitman 2 doesn’t take itself too seriously, frequently eliciting hearty laughter through its violent absurdity and silly characters. Even its glitches reside in the camp of comical, rarely amounting to game spoiling. An aura of dark comedy envelopes Hitman 2’s death laden tone (much akin to Mortal Kombat), and it’s bloody good fun. 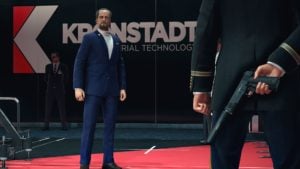 Regarding its multitude of challenges, Hitman 2 tips its hat to aspiring 100%-ers by tidily tracking completion. What’s been done, what’s not been done, mission mastery, unlockables… The list goes on, but a slick ‘n’ shiny interface makes navigating said list a breeze.

But unfortunately, Hitman 2’s story falls flat. Told through uninspired freeze frames, it is convoluted and rushed, bolting through details and swerving from embellishment. The online multiplayer Ghost Mode is intriguing on paper, but its speedy pace butts heads with Hitman 2’s beating heart: slow and steady stealth. Instead, a cooperative mode where two (or more) friends run riot throughout the campaign, aiding one another in assassinations, would no doubt be a laugh out loud blast (bonus points if offline play is included alongside the online norm).

With this said, Ghost Mode is still in its early stages, so things can only get better. 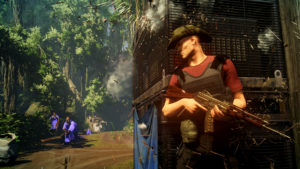 Hitman 2 is less a bombastic chunk of new-ness and more the missing half of its predecessor, but with a predecessor as awesome as 2016’s Hitman, it’s tricky to complain. The locations dazzle, and with absolute freedom, creative setpieces, hilarious instances and satisfying challenge, the gameplay hits its high notes flawlessly. The story stumbles, and Ghost Mode is an underwhelming foray into multiplayer, but Hitman 2 still shines as one of the strongest stealth games in a long time, if not ever.