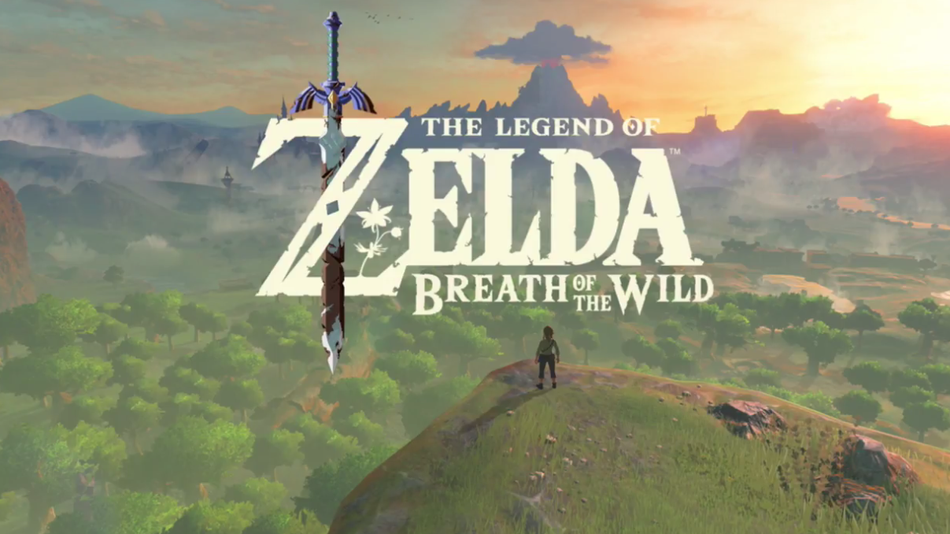 Recently, the world’s eyes were finally opened to the majesty of the Zelda series’ newest installment, The Legend of Zelda: Breath of the Wild. The first full trailer was finally unveiled during the Nintendo Treehouse Live segment at E3 this week, and man, the hype train has officially careened off the tracks and blasted into oblivion. Check out the trailer and get on board.

Those rolling landscapes! Those lush, bright colors! That Ghibli-esque orchestral soundtrack! That… voice acting? Yeah, voice acting. As you can hear within the first moments of the trailer, a feminine voice says “Open your eyes. Open your eyes. Wake up, Link.” This is something different for a Zelda title, considering previous installments have never had characters speaking fully-voiced sentences. Link still appears to be mute, but it has been confirmed that this so far unknown character speaks her lines in-game, not just in the trailer.

There’s a lot more that’s been revealed during the Treehouse livestream that’s managed to fill us in on how Breath of the Wild is changing up the traditional Zelda formula. We all know said formula: Link traverses a dungeon, fights enemies, finds a new item in the dungeon, uses it to defeat the dungeon’s boss; repeat this about four or five more times, then you have a final boss. While, of course, there’s many other things sprinkled throughout Zelda games that make them fun and unique, this is what we’ve grown to know Zelda games as at their core. However, Breath of the Wild appears to be taking a route that’s much more heavily-focused on open-world exploration and survival tactics. Players will be able to loot treasure chests to find items like clothing and weapons, with there being multiple different varieties of each. Rather than sticking to his usual green tunic this time around, Link will be able to regularly upgrade his wardrobe to suit the environment around him. Weapons have different levels of durability, and after a certain amount of usage, they will break. It’s going to be integral to keep a decent stock of weapons at your disposal so you don’t find yourself surrounded by goblins with nothing to bash ’em with.

Link will be able to climb trees & rock-faces throughout the game’s world, and to do this, players can press X to make Link freely jump for the first time in a Zelda game. During his exploits, he’ll come across foods like apples and mushrooms, as well as supplies like firewood and parts from defeated monsters. All of these things contribute to Link’s survival, with the food being used for sustaining his health and cooking, and the various gathered supplies being used to create campgrounds. Breath of the Wild appears to have taken notes from The Elder Scrolls and Dark Souls, and the result is nothing short of fantastic to behold. It’s also been confirmed that Link will not have a partner character this time around, instead braving the massive landscape on his own. It’ll be possible for the player to tap a Wolf Link amiibo to their Wii U GamePad to activate Wolf Link as a usable in-game partner, which is honestly one of the coolest uses for amiibo we’ve seen lately. There will also be three new amiibo specific to the new game coming out, but the abilities they activate have yet to be detailed.

Many more things have been covered during Nintendo’s Treehouse Live event, so if you’d like to take a peek at what’s going on, you can check that out right here. We’ve only seen a small amount of what’s awaiting us in the world of The Legend of Zelda: Breath of the Wild, and with so many new features making their debut in Zelda at once, it’s a lot to handle! The game is scheduled to release in early 2017, potentially right around the time the NX is released as well. Stay tuned throughout the week for more E3 news!