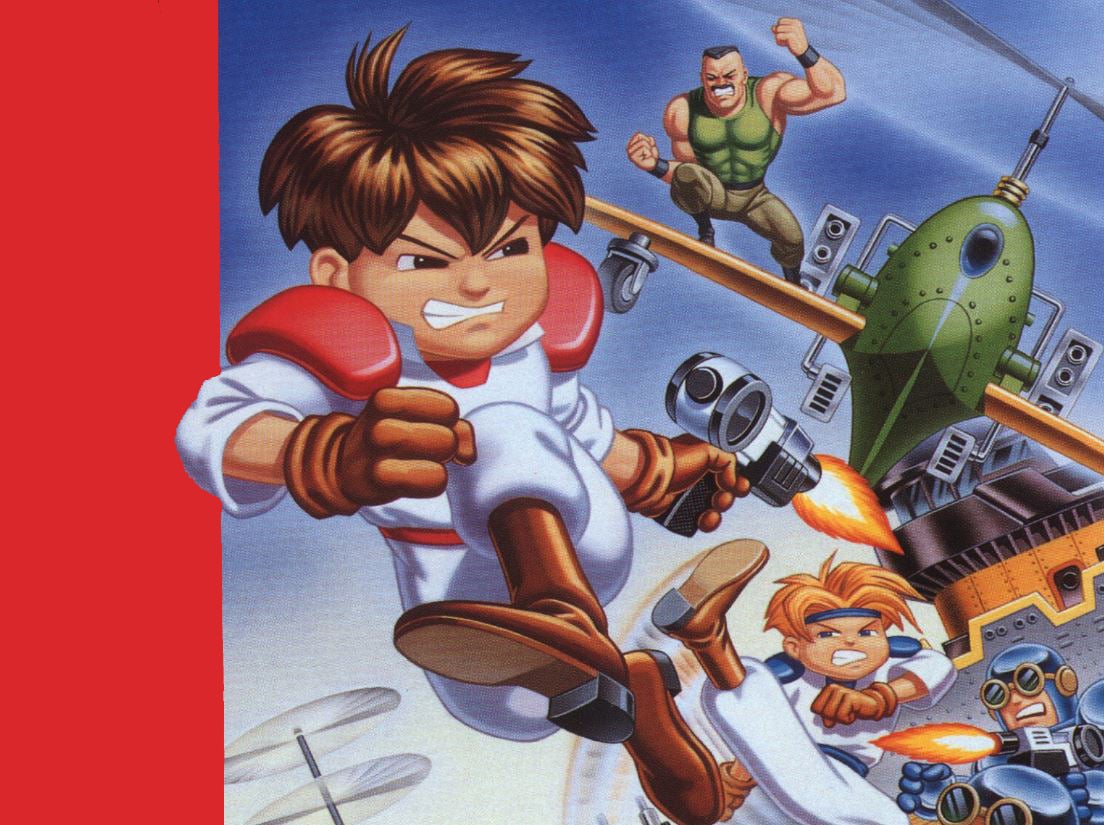 Considered an all-time classic Sega Genesis title by many, Treasure’s Gunstar Heroes is teeming with ambition. The title experiments with a number of gameplay mechanics–such as the gravity shifting in the mine cart stage–that can be considered ahead of their time, and the massive, multi-sprite bosses really pushed the envelope on what boss battles could accomplish. This experimentation contributes to a cornucopia of memorable moments, but one stage, in particular, tends to jump up in players’ minds whenever anyone brings up Gunstar Heroes. That stage is Black’s Dice Palace, a deadly board game that takes players through several bite-sized challenges and mini-boss encounters. This is easily one of Gunstar Heroes’ most ambitious segments, and while its bold design approach could have easily spelled disaster, it thankfully pays off, as it takes advantage of what makes board games fun while playing to the game’s strengths.

A Place Where Bosses Thrive

One aspect of the Dice Palace that immediately sticks out is its boss selection. Treasure games like Gunstar Heroes tend to feature multiple boss encounters over the course of any given stage, which is a large part of their unique appeal. Black’s Dice Palace features a total of 11 unique bosses and mini-bosses, which is way more than any other stage in the game. Part of the reason why the developers were able to cram so many boss encounters into a single stage is the board game setup. As chaotic and bombastic as the other stages are, they still adhere to a specific theme, and so whatever bosses the developers introduce have to adhere at least somewhat to it. In addition, the vast majority of the gameplay within these stages consists of run ‘n gun action, so placing a large amount of bosses intermittently could run the risk of making each stage feel bloated or overwhelming.

Aside from a brief run ‘n gun section at the start, the board game takes up the majority of the Dice Palace, and the content within each board space is completely disparate in theming. This easing of restrictions allows the game to go hog wild with its boss designs in this section. Many of the mini-bosses focus on a single, wildly unique gimmick, such as Timeron, the robot that reverses time after it drops four exploding bombs and forces players to memorize the order in which they spawn. Others test players on skills that are never tested on elsewhere, such as the Curry and Rice battle, which restricts players to using melee attacks. Other bosses simply exist for charm’s sake; Melon Bread, the giant, floating face, mostly sits still as players whale on it with little effort. Since the boss battles are widely considered the highlight of Gunstar Heroes, this ends up serving the game perfectly. The Dice Palace almost serves as a gallery of Treasure’s boss battle concepts for players to witness, and it really demonstrates the developers’ proficiency and passion for crafting these opponents.

Another noteworthy aspect of Gunstar Heroes’ Dice Palace is its difficulty curve, which is all over the place. Although the game mostly places its more difficult fights and challenges near the end of the board, it otherwise wildly fluctuates between intense challenges and trivial ones. Certain bouts, like the small yet powerful Minion Soldier and the aforementioned Curry and Rice battle, can be grueling, and players focused on reaching the end of the board as efficiently as possible will likely want to avoid these spaces. Other challenges, like the wall-jumping room and especially the Street Fighter-style vehicle destruction minigame, are simple, often charming breathers that practically reward the player for getting lucky with their dice rolls. And, of course, there are the “Happy Item Rooms,” completely safe areas with valuable resources that players will always want to land on.

Every noteworthy board game contains a healthy mixture of beneficial and harmful spaces, and part of the thrill of playing them is not knowing whether each dice roll will result in a reward or a potentially severe setback. Although players are rarely outright punished for landing on a certain space (with “The Way Back” space being an obvious exception), the Dice Palace’s even distribution of easy and challenging spaces goes a long way toward replicating that thrill (for an inexperienced player, at least). But even for more experienced players, this uneven difficulty curve combined with the board game setup succeed in providing a wildly unique experience with each playthrough without overly indulging in punishing elements that can make board games frustrating.

The Dice Palace is also a perfect fit for the game’s co-op feature. Gunstar Heroes’ co-op mode is one of the title’s standout features, to the point where many consider it to be the best way to experience the game. Since most board games are played with multiple people, it makes sense that the Dice Palace would work especially well with two players. But the Dice Palace goes the extra mile by changing the game’s rules in co-op to fit the board game format. Normally, both players experience the game at the same time, but in the Dice Palace, players take turns moving individually across the board, and when one of them lands on a space, they have to beat the challenge by themselves. This rule change adds significantly to the co-op experience; since players receive no help when they land on a space, they are forced to deal with the brunt of whatever consequences come with that space, much like a real board game. Uproarious laughter can result from an inexperienced player unluckily landing on one of the most challenging spaces on the board, and moments like this are a large part of what makes multiplayer games so enjoyable in the first place.

Although the goal is for one of the players to reach the end of the board, the unique co-op mechanics allow more experimental players to come up with self-imposed, competitive rules, such as seeing who makes it to the end first. Although this seems like an insignificant or unintentional aspect of the Dice Palace, there is a great deal of value in allowing players to make up their own fun, and it’s admirable that Gunstar Heroes encourages this type of play. The Dice Palace takes more advantage of the co-op feature than any other segment in the game, which goes to show how much time and care the developers put into this stage.

It’s impressive how much Gunstar Heroes’ Dice Palace accomplishes in such a short amount of time. It may only be one section of the overall package, but it’s such a unique and fully-realized idea that a whole game could be made out of this concept alone. It’s become clear over time that Gunstar Heroes left a strong impression on players with its Dice Palace segment, to the point where the penultimate boss battle of the 2017 title Cuphead is a full-on tribute to this stage. It demonstrates what can be accomplished when the developers break game design conventions, and it really solidifies Gunstar Heroes as a classic among classics.