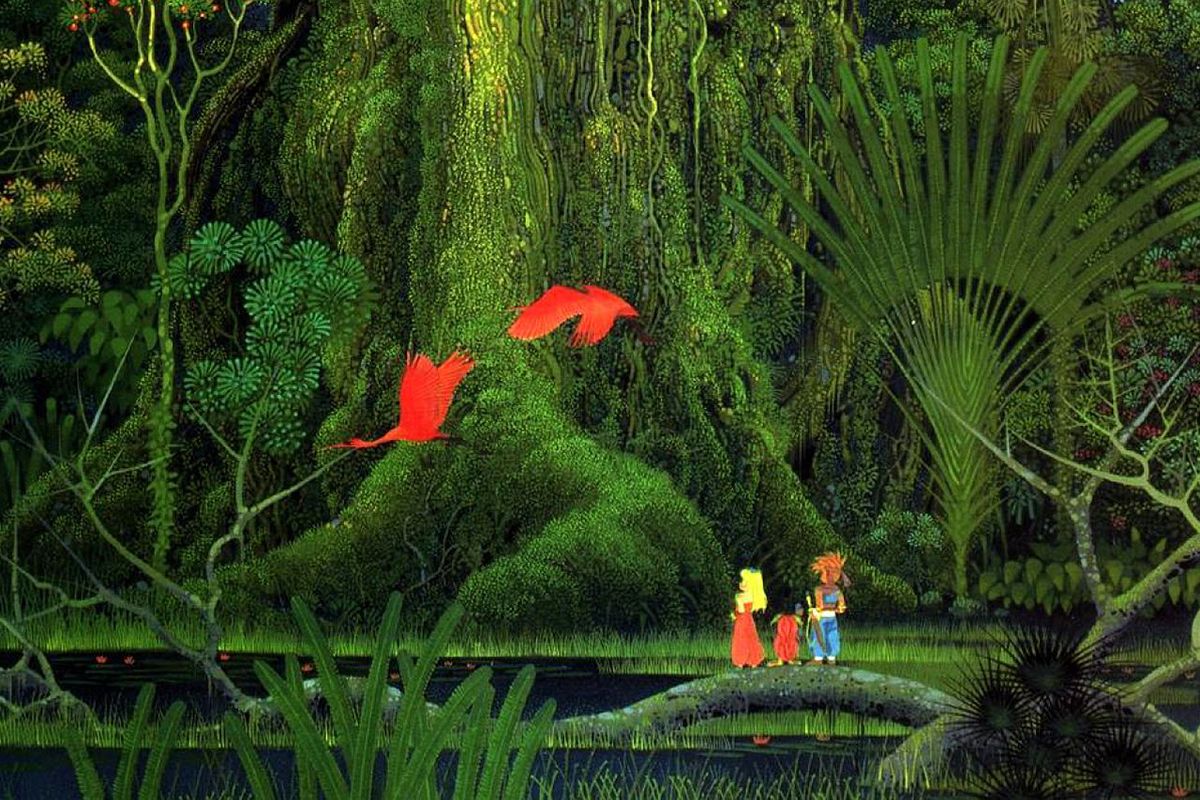 Better known as ????? (Seiken Densetsu 2) in its native country of Japan, Secret of Mana is a 1993 Super Nintendo release fondly remembered by many across the globe as a childhood staple. A light action RPG for those of us that weren’t into fighting monsters via menus in the tradition of Final Fantasy, Secret of Mana opened up the fantasy RPG market alongside peers Illusion of Gaia, Actraiser, and ???? (Tenchi Souzou, or Terranigma in Europe, which never saw an official release in NA territories).

For me, Secret of Mana was an experience that signaled something very important to my pre-teen self about what games had the potential to be. I was already in love with games and had a sneaking suspicion that there was something unique and important lingering just beneath the surface. It was a medium that I had largely used merely as an instrument for “having fun,” but Secret of Mana finally gave me a glimpse of what I had expected might be possible all along. A year before the US release of Final Fantasy VI (as Final Fantasy III), and two years after the release of Final Fantasy IV (as Final Fantasy II), neither of which I properly experienced at the time due to a prejudice against menu-driven combat, Secret of Mana was a more mature story than anything I’d experienced up until that point. I’d come from a line of relatively terse action-adventure games like Zeliard on the PC and The Legend of Zelda: A Link to the Past on the SNES, but it wouldn’t be long before I’d experience more verbose narratives in games like Betrayal at Krondor or little-known shareware gem The Aethra Chronicles. Secret of Mana occupied a small place in between, and there was something beautiful about its simple, earnest characterizations that have stuck with me to this day even when I’ve forgotten characters in much more complex games. It remains one of my all-time favorites, and its characters are dear to my heart.

The overall story itself wasn’t really anything earth-shattering, as you might expect of an RPG from that era, but the world was fascinating, full of wonders and secrets, and presented alongside an absolutely astounding soundtrack from Hiroki Kikuta. I remember so distinctly the feeling of exploring each new area for the first time, brought to vivid life through not only the superb score but an abundance of rich graphical detail. The fantastic Mode 7 world map added to this sense of place, giving the world a tactile cohesion that made it immersive in a way I had never experienced before.

In the intervening quarter century, of course, game worlds have gained a breadth and depth almost beyond comprehension by comparison, and calling an SNES game “immersive” now might seem like a stretch, but Secret of Mana’s world feels very much like a real place to me even today. I don’t actually imagine what the spaces might be like if presented as “real,” but the places themselves, in all their primitive glory, retain the energy and personality that made them so vibrant in my youth. From the warm, welcoming confines of the underground Dwarf village, to the windswept peaks of the Lofty Mountains, to the Pure Land forest living inside a dormant volcano, the excitement of discovery and exploration in Secret of Mana wouldn’t be truly matched for me until The Elder Scrolls III: Morrowind almost 10 years later, and to a lesser extent, the much-reviled Ultima IX three years before that, which was part of the push past early 3D that coincided with a new 3dfx Voodoo3 GPU that I’d put into my PC around the same time.

The Mana franchise went on to be huge, though few (if any) of the games ever quite matched Secret of Mana in terms of player affection. ????? (Seiken Densetsu 3) probably came the closest, yet has never seen an official English translation, and English-speaking fans have only been able to enjoy it through the legendary work of Neill Corlett, Lina`chan, Nuku-nuku, and SoM2Freak, who created the English language rom hack in 1999. Why Square chose not to follow the success of Secret of Mana by releasing the sequel in English remains a matter of some debate. ???? Legend of Mana, a PlayStation release from 2000 known simply as Legend of Mana in English, is undoubtedly the third most popular release, despite being very different from its predecessors, and ?? ???? (Shin’yaku Seiken Densetsu) or Sword of Mana on the Gameboy Advance would return to series roots in 2003, itself a remake of the very first game in the franchise, ??????????????????? (Seiken Densetsu: Final Fantasy Gaiden), a Game Boy title released in North America as Final Fantasy Adventure in 1991, though the franchise would immediately and permanently split in virtually all regards from Final Fantasy.

If you’ve never had the pleasure of playing Secret of Mana or its immediate sequel, they still hold up very well. While not especially difficult games, for the most part, they’re a relaxing, enjoyable way to soak up some fantasy fiction, and the characters, monster designs, and epic boss battles are still a joy to spend time with. If you’re into couch co-op, they’re also one of the few ways to experience an epic RPG with one or even two friends by hooking up the requisite number of controllers (and a multitap in the case of three players on original hardware), which is part of what made them extra appealing at the time of their release. Square fans will also enjoy trying to spot easter eggs and tie-ins with the Final Fantasy and SaGa franchises.

While one can never go back and have their original experience again with a game from their past, and revisiting some of those older titles will often lead to disappointment, Secret of Mana is very nearly as much fun as I remember it being. It was released in an updated, re-translated version for iOS in 2010, and Android in 2014, and these are solid ports if you’re willing to part with a few dollars. Tracking down a cart is a harder thing, as you’re likely to have to shell out at least $60 for a working copy, and prices only go up from there—if you want a complete boxed copy, expect to pay at least $125. But however you might choose to experience Secret of Mana, whether you’ve had the pleasure before or not, there’s still no better time than now.

As for myself, it’s something I have no doubt I will continue to revisit for years to come, any time I desire to interface with that bright cloud of memory and emotion that has, with all its potency, continued to energize and invigorate my love of gaming—and the art form it has the potential to be—for almost 25 years.