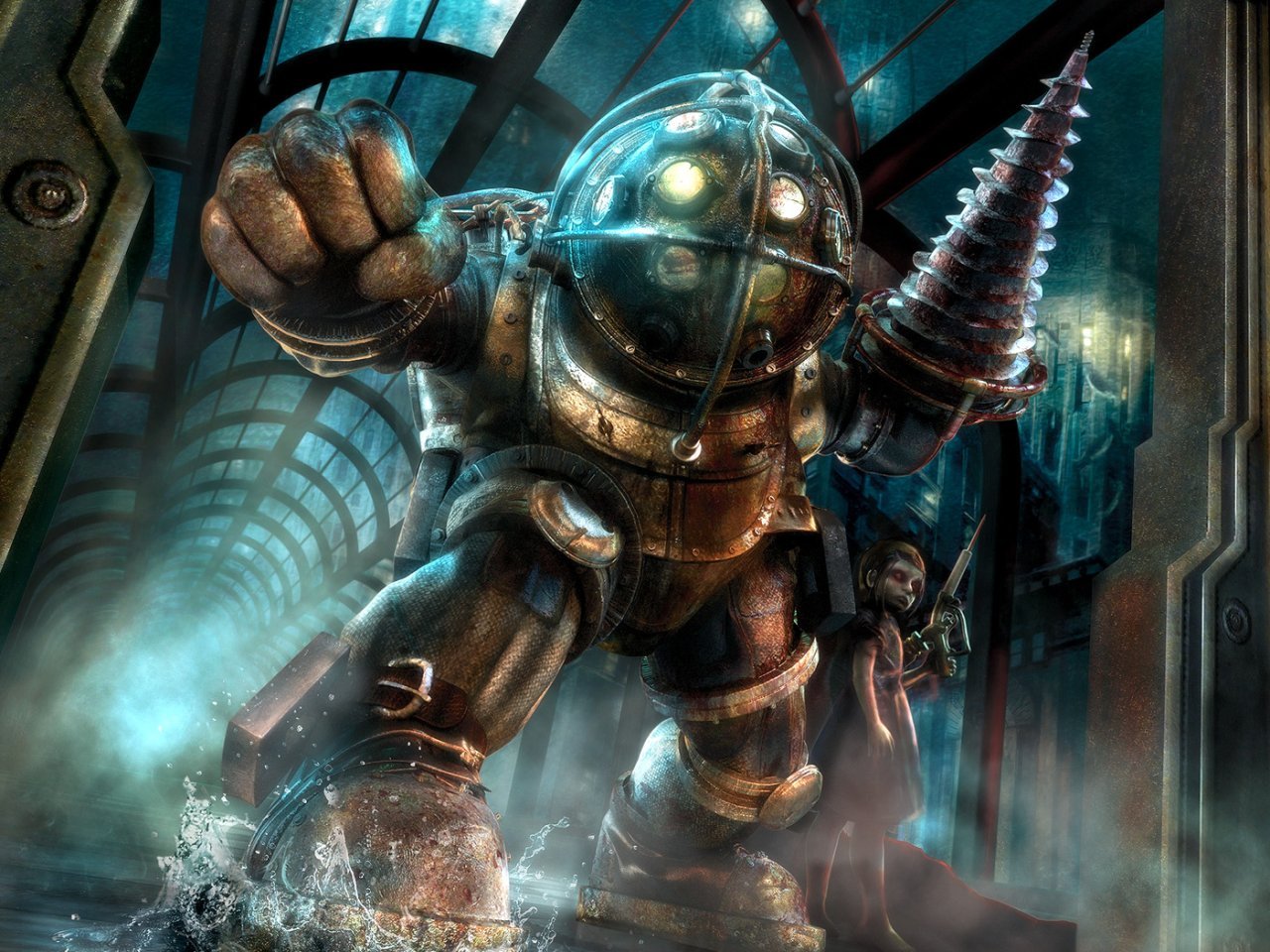 Late last week 2K and Irrational Games announced that their highly successful Bioshock trilogy would be coming to current-gen consoles in the form of a collection. This bundle will include all three games as well as their respective downloadable content. The Bioshock series is a landmark in storytelling and showcases how video games can be more than just mindless fun for children.

This collection is perfect for those who were on the fence about Bioshock. While the latter two entries in the series aren’t as strong as the first, it is still well worth the consumer’s time to sit down and experience the awe of exploring Rapture and Columbia for the first time. For those who don’t already know, the Bioshock series is an FPS with RPG elements set in the underwater city of Rapture and the floating citadel of Columbia.  The first game focuses around a man named Jack whose plane crashes in the Atlantic. As the sole survivor of the crash, Jack takes refuge in a titanic lighthouse, and from there finds transportation to Rapture, a city not ruled by a religion or traditional government, but rather by the elusive billionaire Andrew Ryan. Upon entry into the city it is made clear that the current state of affairs is anything but ordinary. Without going into further detail, the game takes you on an emotional roller coaster of intrigue, betrayal, and the fate of a city corrupted by its desire to free humanity from the shackles of the world above.

Offering players a look at a world heavily influenced by the works and ideals of Ayn Rand, the story itself is one of the best in video games by far, and holds a twist so devious it threw the entire audience into a tailspin.  What’s more, the post-jazz era art style and setting work wonderfully with the game’s characters and ideals. The combat throughout all three games is, for the most part, the same as the player will use a variety of guns and biotic powers, (called Plasmids in the first two and Vigors in the third) to defeat their enemies. 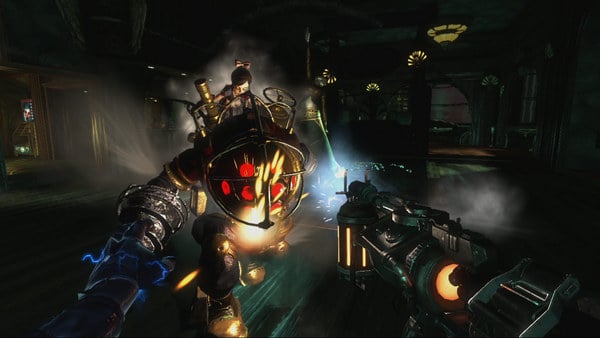 The second Bioshock game is set eight years after the events of the first game and follows subject Delta, a prototype Big Daddy who must find his little sister companion from his past life. While the game wasn’t as well received as the first, it was still an enjoyable experience as players got to step into the shoes of one of the toughest enemies from the first game, and return to an evolved Rapture filled with new dangers and plot lines. It also has one of the greatest pieces of DLC released in Minerva’s Den which is an amazing story in and of itself.

The third game in the trilogy, titled Bioshock Infinite, was the most ambitious game in the series in regards to story.  The player is given the role of Booker DeWitt, a Pinkerton assigned to find a girl named Elizabeth in the floating city of Columbia so as to wipe away a mysterious debt.  Much like Rapture, Columbia is built upon the radical ideals of an prophet called Comstock, but instead of being heavily influenced by Rand’s ideas of individualism and progress the city is instead plagued by rampant religious fanaticism focused on America’s founding fathers. Similar to Rapture, these ideals bleed over into the story as, upon arrival to the floating metropolis, things quickly spiral out of control for our hero.

The game was divisive for the series’ fanbase. Many praised the game’s expert use of environmental storytelling and bold subject matter, while others panned it for the overly complicated ending and rushed connections to the rest of the series. However, the two part single player DLC, titled Burial at Sea, did well to strengthen the series continuity and gave us yet another memorable adventure with some of our favorite characters from the series. 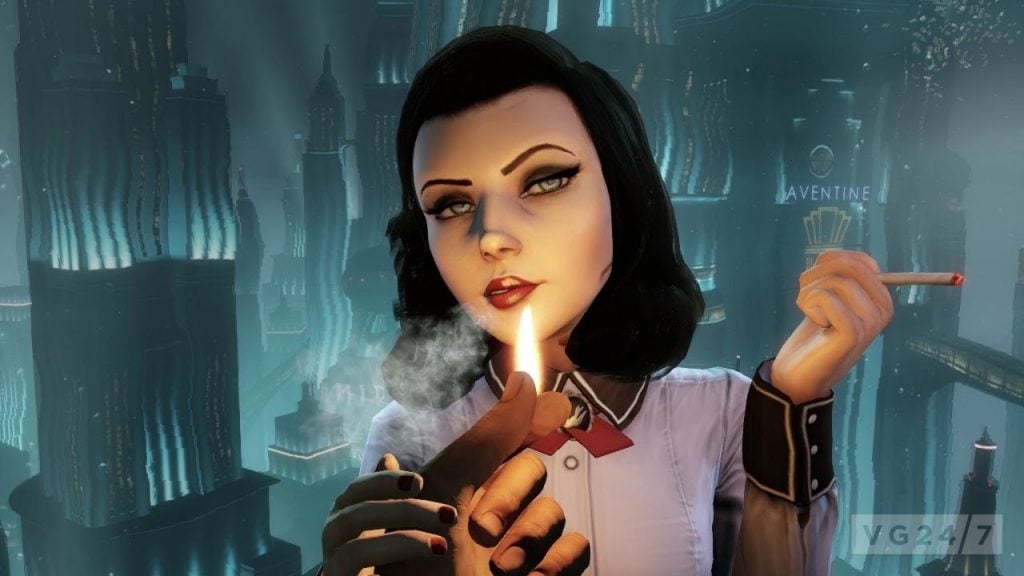 This collection is giving the Bioshock series another chance to shine on newer platforms and with a wider audience. Those who have not gotten the chance to experience the true majesty that is Bioshock and its sequels should jump on this incredible bundle when it hits shelves on September 23rd.  For those who have already played through all three games, this is just another chance to relive cherished memories and marvel at how well these games hold up by today’s standards.  Both the story and gameplay of the series are timeless and can perfectly fit into current video game culture.

Bioshock will forever stand the test of time, and the fact that Ken Levine, the creative mind and project director behind the games, left Irrational after completing Infinite is all the more reason to obtain a copy of the collection. Any Bioshock games that come out of Irrational from this point forward won’t have the creative insight and brilliant writing of Levine behind them, so this collection almost acts as a farewell to his masterpiece. Rapture and Columbia are calling one last time, and it’s up to the consumer to decide if they’re willing to brave those underwater depths and lofty heights for one of the greatest video game experiences of the past decade.