There is seldom an RPG released today without a romantic option. Love and sex have become a common gaming theme. This trend begs a few questions: do games invoke love and lust in the eyes of their player? Is it unheard of for a gamer to fall in love with a virtual character? Developers strive to write tales that emotionally involve the audience. If a video game forces someone to fall in love with a character, then the goal has been met. But does it work? In a word, yes. Not all players will fall in love with characters from a game, but there are a few examples of titles that have the potential to do just that. 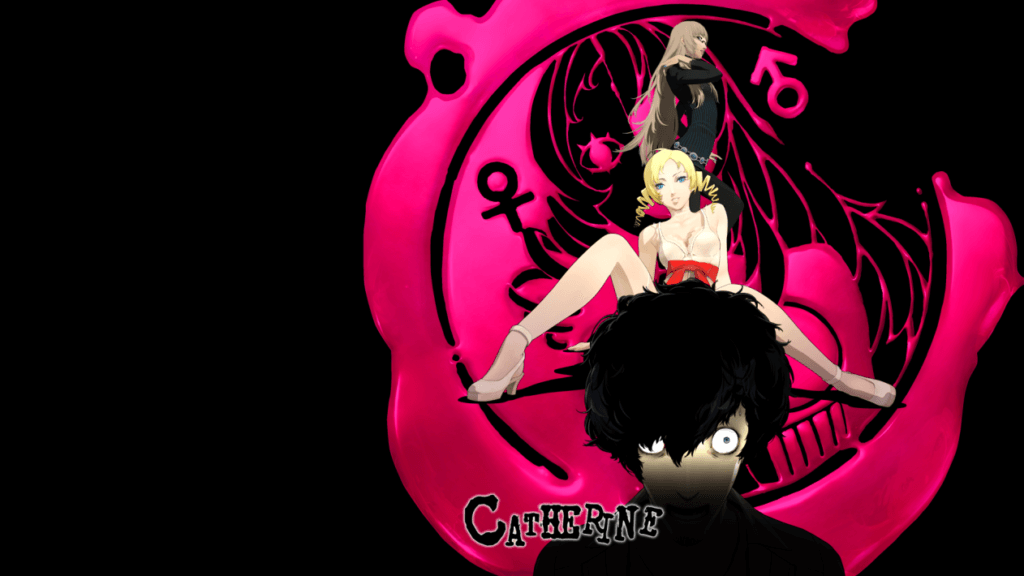 Catherine may not be as well known as other games, but it does stand out for its themes of sex and love. The protagonist Vincent faces a choice to pursue a relationship with Catherine or Katherine.

Vincent has been dating Katherine for years when one night the prettier and younger Catherine shows up and shares a good night with the hero. The story gets a bit complicated from there (it is a Japanese game after all). The conflict is set in the first hour of the game: be with Catherine or Katherine? The story does an excellent job coercing the player to lust after Catherine, then feel guilt for betraying Katherine. While each player is different, few will be able to play the whole game without feeling lust, guilt, or even love.

The game may fail to drive some players to fall in love due to one major fault. There is little choice in who Vincent falls in love with. There are only the two girls, and if a player doesn’t like either personality, they probably won’t find themselves in love with either girl. Even with an excellent example of gaming love that is Catherine, there are still faults. Even with its faults, it could force most of its players to fall in love; perhaps even with both girls.

Skyrim, the 2012 medieval epic that still has millions of players today, allows the player to choose where they want to go and what they want to do when they get there. The game also allows for a player to choose a wife. There are sixty-five different people in Skyrim available to be a spouse. This gets around the issue that Catherine ran into, and offers real choice to the player. With many different personalities, a player is able to find someone compatible.

Unlike in other games, interaction with the spouse continues even after the marriage occurs. The player is able to adopt children and even run a business with their significant other. Many might find themselves falling in love with their fictional mate, but perhaps that is not the case for everyone. Although there are many different people whom the player can wed, their personalities can leave much to be desired. Most character requires a side quest or some small favor to be completed in order to receive the option to marry them. Some just ask the protagonist to find some object hidden in a cave. After that, they are ready to spend the rest of their lives together. 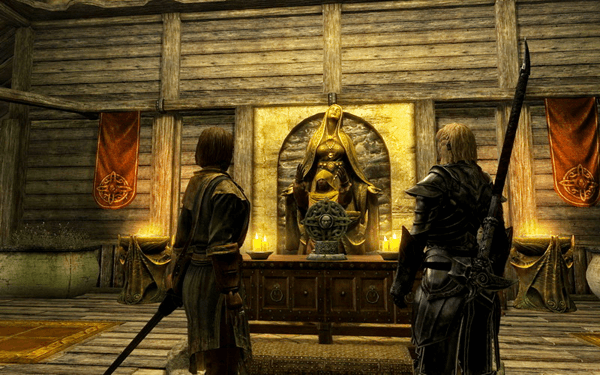 Shallow personalities and little work do not make for a good marriage, nor will they create a basis for strong feelings of love. If all a player has to do is a small five-minute fetch quest, it could be difficult to start feeling warm fuzziness towards the virtual spouse. With that one issue aside, it is completely possible that after spending hours with a Skyrim spouse, one could find themselves in love.

Mass Effect is a series now well known now for space sex. This popular space opera succeeds in character love, perhaps more than any other series. The game gives options for all walks of sexual preference, providing an experience that can reach a massive variety of players. There are, in total, 17 unique characters for a player to sweet talk their way into intimacy. This number will only increase with the soon-to-release game Mass Effect Andromeda.

Given a plethora of different options, players generally will end up with a character they enjoy talking with after a mission and spending time with saving the galaxy. In order to consummate a relationship in Mass Effect, the player must talk regularly with their significant other and work on nurturing the relationship. With all the effort that can go into building a relationship in the game, it can be hard not to feel actual love towards these characters. 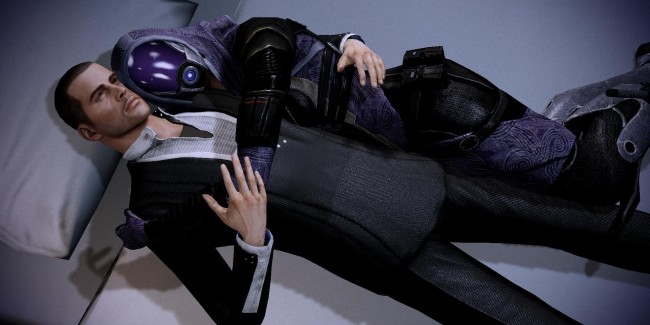 No matter how well a game presents virtual relationships there are still going to be people who won’t connect to any romantic option in the game. Humans and their romantic desires are far more complex than what a program can fulfill. Even with the inevitable fault in programming, however, most people will use their imagination to fill in the gaps. That tends to help develop something beyond the virtual world. While some players can only appreciate an amazing space butt, others might form real, deep feelings towards these fictional characters. Even with all the shortcomings of video game characters,  Mass Effect shows that with powerful writing, virtual relationships can sometimes be more than virtual in the eyes of the player. 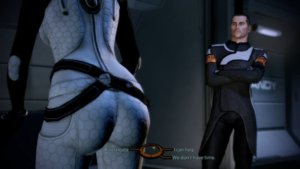 Mass Effect, or almost any Bioware game, are the pinnacle of making a player fall in love with their characters. However, more than just Bioware games use sex in their games; it is difficult to find a game without it. Looking at Skyrim, GTA, Final Fantasy, The Sims, The Witcher, or Uncharted, shows how sex and love are almost omnipresent in games. Some games do an excellent job building meaningful relationships, while other games allow killing a hooker to get the money back spent on the lady of the night.

No matter how many intriguing characters are made, most players will claim they never fell in love with a fictional person — they just wanted to stare at Miranda’s finely shaped…shapes. Others may claim they plan to file for legal marriage to their virtual beloved. Each individual is different; not everyone will fall in love within a game. Either way, it is without a doubt possible to love a programmed polygon.