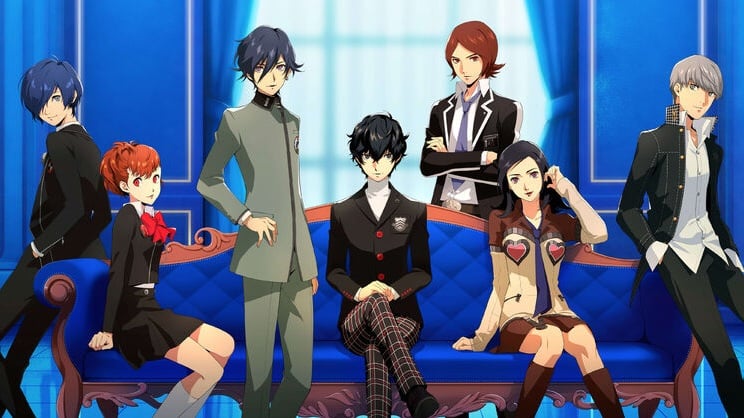 The Persona franchise is full of stylish battles, intricate Persona designs, and well-rounded characters, all fitting into a world that seamlessly blends the average high schooler’s life with a world of the supernatural. This combination of daily life and battles is what makes this series so beloved, especially the three most recent games. However, some games handle this combination better than others, providing players with the perfect Persona experience. This list ranks all mainline Persona games, from the oft-forgotten first Persona to the most recent addition to the franchise, the ultra-stylish Persona 5.

Like many other first games in a series, the original Persona is almost completely unrecognizable by the standards of the recent Persona games. The recent Persona series is known for the combination of battles in an unfamiliar world and the daily life of the characters that occur between battles. But the very first Persona game did not include an alternate world that the characters fight in, nor did it include any of the daily life elements the franchise later became known for. Social links did not exist, meaning that the characters were unable to forge bonds in the way later characters could. Essentially, this game is Persona in name only. Though it introduces classic Persona elements like the actual Personas and the use of the arcana, it feels like it is from a completely different series.

The first Persona is not a bad game by any means, but its story far exceeds its gameplay. It is an incredibly difficult game because of a later omitted grid-based mechanic. This grid makes battles harder than necessary, as it takes a whole turn to move the characters toward the enemy, and the range of certain weapons makes it impossible to hit the enemy. These fights are very time-consuming, and the higher rate of enemy appearances serves to take up even more time. Though the story is very interesting, it is hard to get past the tedious gameplay.

The story of Persona is the reason why it became a cult classic despite the issues with gameplay. Though bare compared to later games, Persona features an engaging plot that revolves around a group of teenagers fighting against demons with mysterious beings called Personas at their sides. But this basic plot goes much deeper than this. Demons are not simply invading their town; rather, this is an “ideal” version of Mikage-cho created by the antagonist and an ally of the main character. However, this story seems to be better suited to the manga based on the game than the source material itself. The lack of social links leads to a straightforward plot without very deep relationships.

Much like the first game, Persona 2 is very different from the last three games. But some of these differences are what makes this particular game great. For the first and only time in the series, Persona 2 is not a single game; rather, it is a duology. The first game, Innocent Sin, follows a high school student named Tatsuya investigating a strange rumor at his school while the second game, Eternal Punishment, follows a reporter named Maya who is also investigating the rumor of a man named Joker. Not only is this the only duology in the franchise, but Persona 2 also features other unique elements such as Maya, the only adult protagonist, and the only time the male player character can romance a male party member.

The plot is generally considered to be one of the best in the series. Split between Innocent Sin and Eternal Punishment, it tells the story of a city in which any rumor comes true. This story is rooted in the pasts of the main characters, which comes up while they oppose a mysterious group called the Masked Circle. Eternal Punishment proceeds to add onto this by further complicating the plot, making one of the most confusing series of events in the franchise. However, this only serves to make the games even better, as it is full of twists and turns that lead to an emotional ending in the second game.

Persona 4 was the most popular Persona game prior to Persona 5, with many spinoffs such as Arena and Dancing All Night. It was released as the Persona franchise started gaining fame, resulting in it being the most successful game until Persona 5. And for good reason; Persona 4 is overall a wonderful game with great gameplay and an even better story. There is a reason why it deserves so many spinoffs and other media.

Persona 4 has some of the most refined gameplay in the series. It is a huge improvement over the gameplay of the first two games, resulting in a game that is actually worth playing. It features very fun gameplay and some unique features, such as different activities depending on the weather. However, even though it surpasses the previous two games in terms of gameplay, it still does not feature the greatest gameplay in the series. While it is enjoyable, it is not truly perfect.

Despite the cheerful appearance of Persona 4, it is actually about a series of murders that are related to the mysterious Midnight Channel, Shadows, and Personas. Still, Persona 4 manages to be one of the most upbeat games in the series, with a strong emphasis on the bonds between the main characters. While other games in the series may have a more complex plot, Persona 4 has the most tight-knit group in the franchise’s history. They all feel like true friends, thanks to the many opportunities they have for downtime in the original game and Golden.

Persona 5 is easily the most well-known Persona game, with multiple cameos in other games, including Joker himself being a DLC fighter in Super Smash Bros. Ultimate. While Persona 3 was the game that introduced many players to the Shin Megami Tensei subseries, Persona 5 was the game to truly take the series to mainstream success. As the most recent game in the franchise, its gameplay is the smoothest of the series and has the best graphics.

The latest game in the series focuses even more on the stylish aspects of the franchise by incorporating fast-paced exploration and battles. Every element of the game is purposely designed to be stylish and action-packed so that it does not fall victim to the subpar gameplay that the first two games in the series had. Meanwhile, it brings back some old traditions, such as the ability to have a firearm as well as a regular weapon, something that only occurred in Persona 1. Overall, Persona 5 has the most extensive and well-made gameplay of the entire series.

Persona 5’s plot is dedicated to pointing out issues in society while still offering a form of escapism by tying it all up in a fun game. A group of friends come together and try to fix the adults that wronged them by stealing their corrupt desires and making them confess to their crimes. Coupled with this serious objective are many moments of downtime where the characters hang out, have fun, and form meaningful connections. Persona 5 perfects the blend of serious topics with funny and cute moments, turning it into a game that makes players aware of societal problems while also allowing them to have a great time playing.

Persona 3 is regarded as the “first” game in the series, as it was the first to set the trends for the rest of the series. This game is where the social links and the concept of deepening bonds with team members or friends in order to gain more power, as well as the origin of features such as the All-Out Attack. Despite the fact that some of its gameplay mechanics are inferior to those of Persona 5, Persona 3 is truly a classic and the peak of the franchise. The story, soundtrack, and original gameplay elements make this game incredibly nostalgic despite being the third game in the series.

Persona 3 is divided into two parts: the Dark Hour exploration of Tartarus and daytime sequences. Many typical gameplay elements originated in this game, though a simplified version of them. For example, before Portable, the player could not control party members besides the protagonist and had to rely on AI to help them win the battle. This, however, added an extra challenge to the game. The majority of features that seem outdated after Persona 5 were actually quite fun to play with and were refined from the mechanics of the first two games. The remakes, FES and Portable, also adjusted several aspects of the game to make them more user-friendly without taking away their charm.

While its gameplay may not measure up to the two most recent games, the story is where Persona 3 truly shines. What begins as a group of teens fighting together as part of a team dedicated to exterminating Shadows turns into a group of close friends that the protagonist can go out of his way to bond with. What truly makes this game great is the emotional impact of the ending, combined with the bonds that the player may have formed with their teammates and acquaintances. Leading up to this ending is an engaging and complex plot, full of exceptional writing. Persona 3 is a masterpiece of storytelling and gameplay, which is why it is a series classic.