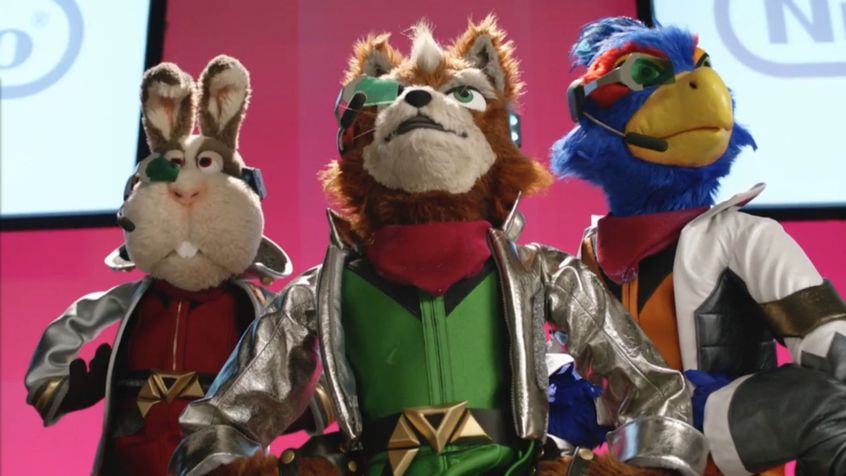 Nintendo’s E3 Digital Event started strong packing in clever gags, catchy songs, and Nintendo executives Satoru Iwata, Shigeru Miyamoto, and Reggie Fils-Aime in puppet form. Sunny and cheerful, the opening is a cascade of epic silliness, good for a few fleeting and familiar chuckles and Nintendo’s willingness to poke fun at itself. While it didn’t quite recapture the magic of the last digital event, it hit all the right playful, idiosyncratic notes. 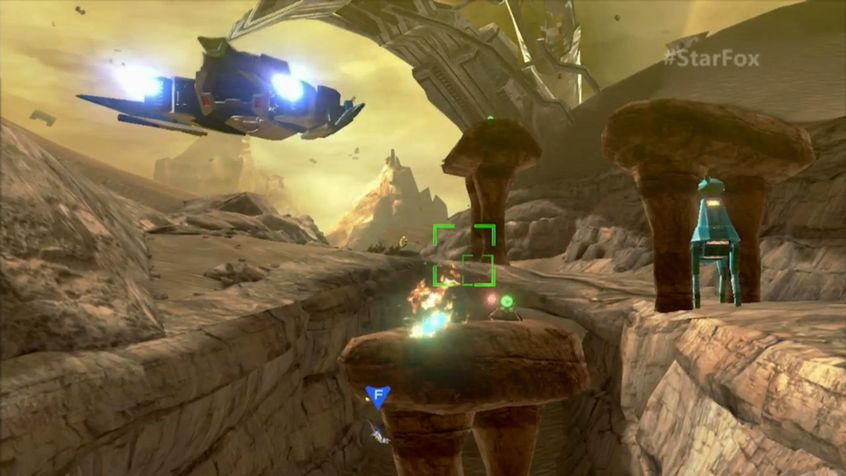 As expected, Star Fox Zero had the honour of being the first game showcased in the event. It was announced last year that Fox, Falco, Peppy and Slippy would be back in a new adventure, and after a year of mystery we finally got to see the first full trailer highlighting how the game works with the Wii U’s second screen. Having two unique viewpoints offers distinct gaming advantages and frees up the TV for more cinematic moments in the title’s new all-range mode. The confirmed co-development with PlatinumGames bodes well, as does the use of the cockpit view on the GamePad to aim and shoot enemies using the gyro controls. Simply put, the game looks fantastic, and cutting between the game footage is an interview with Miyamoto detailing his personal stories growing up and his inspirations for creating the game. The Star Fox Zero presentation was the highlight of the night, but sadly nothing else came close to matching that excitement.

The theme of the event according to Reggie Fils-Aime is transformation but that theme wasn’t anywhere to be found throughout the presentation. With a slight mention of Nintendo’s expansion to Universal themes parks, mobile devices and their new dedicated game platform (code-named NX), the digital event didn’t show us any games to get excited about that we hadn’t already seen in some form in previous Directs. By the end of their presentation it became clear that Nintendo has given up on the WiiU. And while they promise The Legend of Zelda will still see a 2016 release on that console, I can’t help but think the game will also be available on the NX as well. Does anyone remember The Legend of Zelda: Twilight Princess?Originally planned for release on the GameCube in November 2005, Twilight Princess was delayed by Nintendo to allow its developers to refine the game, add more content, and more importantly, port it to the Wii. I see history repeating itself.

It was bad enough knowing we wouldn’t see any footage of the new open world Zelda game, but sneaking in game footage of The Legend of Zelda: Tri Force Heroes felt like a slap to the face. Remember theLegend of Zelda: Four Swords Adventure on GameCube? That game allowed up to four players; but in this new game they reduced the player count to three. Nintendo should know that most fans won’t accept any other Zelda game as a replacement during their big event, especially a multiplayer Zelda puzzle-solving game that seems a step down from the aforementioned Four Swords, a game that wasn’t very good to begin with. In short, this reveal would have been best suited for an upcoming Direct instead.

Tri Force Heroes wasn’t the only title to be added to one of Nintendo’s most beloved franchises; Nintendo decided to finally give us not one, but two Metroid games. Unfortunately Samus isn’t the focus in Metroid Prime: Federation Force for 3DS, and Blast Ball is the strange hybrid of soccer and Metroid that nobody was asking for. Meanwhile Animal Crossing Happy Home Designer – which allows players to design interiors and exteriors of homes for hundreds of animal characters – is a pale comparison to the prior entries in the community simulation video game series. Mario & Luigi: Paper Jam could be a playful new entry in the Mario & Luigi series, and Mario Tennis: Ultra Smash looks like fun, but for a digital event that is supposed to center around transformation, Paper Jam and Ultra Smash just feel like more of the same old. 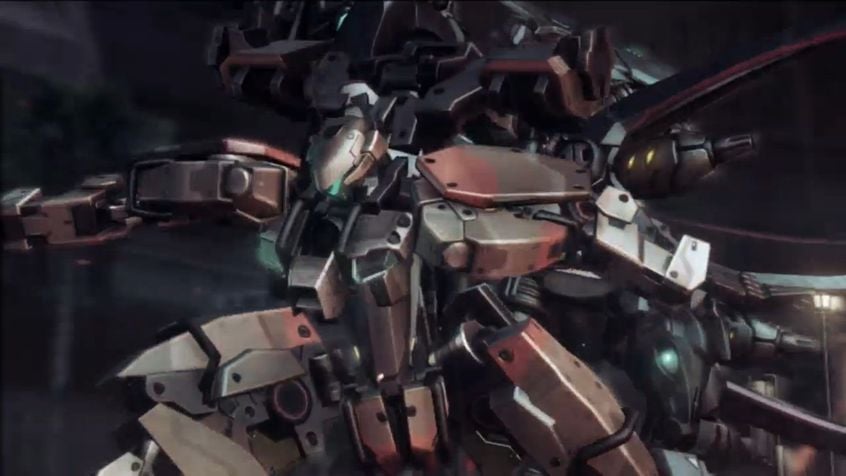 Thankfully fans were treated to a segment dedicated to Yoshi’s Woolly World which continues to impress with its charming presentation, and yarn amiibo. The interview with Nintendo’s Emi Watanabe and her story behind the making of the game was an added bonus and new footage for the long-awaitedXenoblade Chronicles X and Super Mario Maker was shown confirming their official 2015 release dates. Yet I can’t help but think it just wasn’t enough since Xenoblade has already been released in Japan andMario Maker was featured last year, later in recent directs and again during the Nintendo World Championships. Perhaps I’m alone but I have no interest in Nintendo’s collaboration with Activision’sSkylanders franchise nor do I want to purchase any more toys for my video game console. And by the end, Nintendo didn’t give us any context or relatable stories for Fire Emblem Fates and Shin Megami Tensei X Fire Emblem. Without a big announcement reveal, the digital event was overall disappointing and few of my predictions/hopes were on the right track, leaving me thinking I should anticipate less next time around.

Don’t get me wrong; there is still plenty to get excited about and I’m confident Xenoblade Chronicles X, Super Mario Maker and Star Fox Zero will keep me busy long into 2016, but E3 is all about announcing a new big title for the very first time, and Nintendo failed to deliver even one. In fact, the most exciting news came over the weekend with the unexpected arrival of the unreleased NES EarthBound and Ryu’s appearance in Super Smash Bros. Perhaps Nintendo doesn’t feel the need to broadcast their biggest titles at E3 anymore thanks to their unique Directs which allow them to announce whatever they want, when and how they like – but that doesn’t make me a happy gamer.