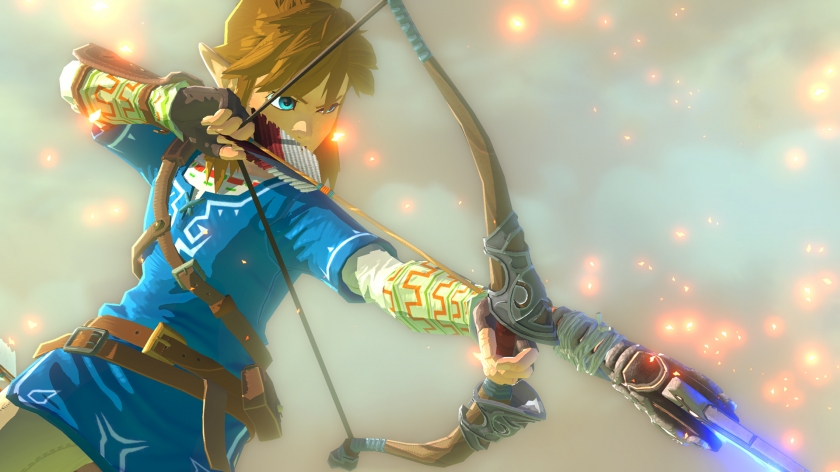 The release of a new Legend of Zelda elicits a monumental feeling of excitement and awe for the Nintendo faithful. It’s never sat beside the Assassin’s Creed‘s nor the Call of Duty‘s as a regular, yearly installment intended to capitalise on the average Christmas shopper’s wallet. No, The Legend of Zelda is much, much more than that. It’s like the movie industry’s beloved Star Wars franchise; it took three years of care and consideration before the classic Empire Strikes Back would follow the triumphant success of A New Hope, and a further three years before audiences would discover the fate of Han Solo in the thrilling conclusion. It’s the defining choice of quality over quantity and a respect for their audiences that sets Zelda and Star Wars apart from the rest (excluding the awful Star Wars prequels). In a time when audience perception and cynicism are palpable, Zelda is Nintendo’s beacon of hope amidst the recycled, the rushed, and the rehashed of its contemporaries.

A defining trait of the Zelda series lies in its refusal to adopt and retain a tried-and-tested formula – a delicious irony in that the games always stick closely to the theme of change. The Nintendo 64 ushered in a new age, as Link could finally explore a three-dimensional environment, while the Gamecube brought us the cartoon-y, cel-shaded Link. Fans were granted their wish with the adult-oriented aesthetics of Twilight Princess, and then the Wii’s own Skyward Sword combined the visual styles of the two previous entries. With these releases came an unspoken rule between Nintendo and its fans: every Nintendo console would become the exclusive home platform for its own Zelda. Despite Twilight Princess’ release on the Gamecube and the Wii, both consoles played host for their own Zelda that would go on to define that specific console. We’re four years into the Wii U’s lifecycle, and with the latest Zelda slated for a 2016 release, it looks like the Nintendo faithful are to be rewarded for their patience. It’s the Wii U’s time to shine…or is it? A scenario: what if Nintendo have plans to launch the NX with, what was originally, the Wii U Zelda? From a purely business perspective, Wii U console sales are a mess: a lack of third-party support and long, quiet periods of software releases won’t succeed in clawing back an audience who have already sunk their teeth into the digital haven of the console competition. With so few console sales, can Nintendo justify a predictably poor attachment rate for an exclusive Zelda Wii U title? Apart from a handful of relatively smaller games like Star Fox Zero or Paper Mario: Colour Splash, Wii U doesn’t have anything in the way of future heavy-hitters for its home console; Zelda Wii U could prove to be its much-needed swansong.

The controversial decision to add Zelda Wii U to the NX could prove costly for Nintendo, ensuring current console owners feel alienated and betrayed, possibly swaying their decision when considering their stance on the next piece of Nintendo hardware. Without one of its biggest heavyweight titles, what’s there to entice potential Wii U buyers? Why wouldn’t people just wait for the NX? Answers to these questions depend on consumer affiliation with the Nintendo brand and their disposition towards HD remasters and nostalgia. Wii U has, at least, proven itself as an anachronistic platform constructed to refine the company’s more classic titles. The Wind Waker and Twilight Princess have never looked or played better than on the Wii U, with the gamepad utilised to project detailed maps and intuitive menus. While the inclusion of re-mastered Zelda‘s are always welcome, skeptics might identify this as a business strategy designed to appease the loyal fans who are still waiting for their new venture into Hyrule, a reductive view of Nintendo’s current console as a platform for showcasing its history. Of course all of this could prove to be mere rumour and speculation, but the decision to incorporate the new Zelda into the NX’s launch line-up could reflect the company’s views on the Wii U, a console that has failed to resonate with current console owners. The Nintendo 64 and the GameCube might not have set the world alight with their sales figures, but at least they both housed classic Zelda titles that would go on to define the respective console’s identity. Will the Wii U output be resigned to a mere platform for HD re-masters? The producer of the latest Zelda, Eiji Aonuma, has mentioned in interviews about his aim to adapt the series’ traditional dungeons and puzzle-solving elements, and in doing so he aims to create a more open world  that hearkens back to the Zelda‘s of old when the player could tackle dungeons in any order. Curiously, this fresh direction directly contrasts with current trend of classic Zelda releases. The decision to delay the game until 2016 is a commendable one–it certainly reinforces the series’ dedication towards quality assurance–but it couldn’t have come at a worse time, a time when Wii U looks ready to step aside and make way for the NX. There’s no doubt in my mind that the new Zelda will be another classic, but as to whether it becomes known as the Wii U’s glorious curtain call, or a show of Nintendo’s lack of faith in its current console remains to be seen.