Since CD Projekt Red began on the interview circuit at E3 we’ve had a lot of new information confirmed for Cyberpunk 2077. The biggest news is that Cyberpunk will be in first-person perspective, but with a greater focus on narrative RPG elements than a traditional FPS– here’s all the information we know so far:

Cyberpunk 2077 will have three main classes, inspired by the 2020 tabletop game, you’ll be able to spec your attributes and cyber-enhance your way into  the roles of Netrunner, Techie, or Solo. As we suspected, these roles will resemble the hacker, rigger, and street Samurai archetypes and also lend themselves to different playstyles. In Cyberpunk 2077 weapons come in the form of Power, Tech, and Smart weapons allowing you to blast through enemies, hack into controls, or perform recon on an area before starting your mission. This is 2077, and nothing is off limits to a good hacker, so you’ll also be able to glitch out your enemies guns, and potentially even their cyberwear, in the middle of combat sequences.

Full character customization is confirmed, and you’ll be able to play as either a man or a woman with full voice acting for either choice. You can shape V, the main character, into whatever you decide with a selection of ‘life paths’, or backstories, that help determine who you are.

We also learnt a lot about Night City, a metropolis with character all of its own. The city with have six distinct districts, with enormous megabuildings that you can lose yourself inside. Compared to Witcher 3 the game will have far more vertical world design—sprawling below and stretching high into the sky, instead of a wide-open world map. CD Projekt Red said they want the player to feel claustrophobic, but at the same time part of an enormous matrix of a city. The world will have day/night cycles and weather systems, so we’ll see both the scorching SoCal cyber-life and the rain drenched neon night that some gamers found lacking in the trailer.

Finally, Cyberpunk 2077 will have two XP systems: main quests will drive story, XP, and upgrades, whilst side quests will level your Street Cred with different social circles, and unlock new encounters and fixers to interact with. Overall it’s clear that Cyberpunk 2077 will be a game that stays true to its narrative role play core, and we look forward to bringing you more updates on its progress. 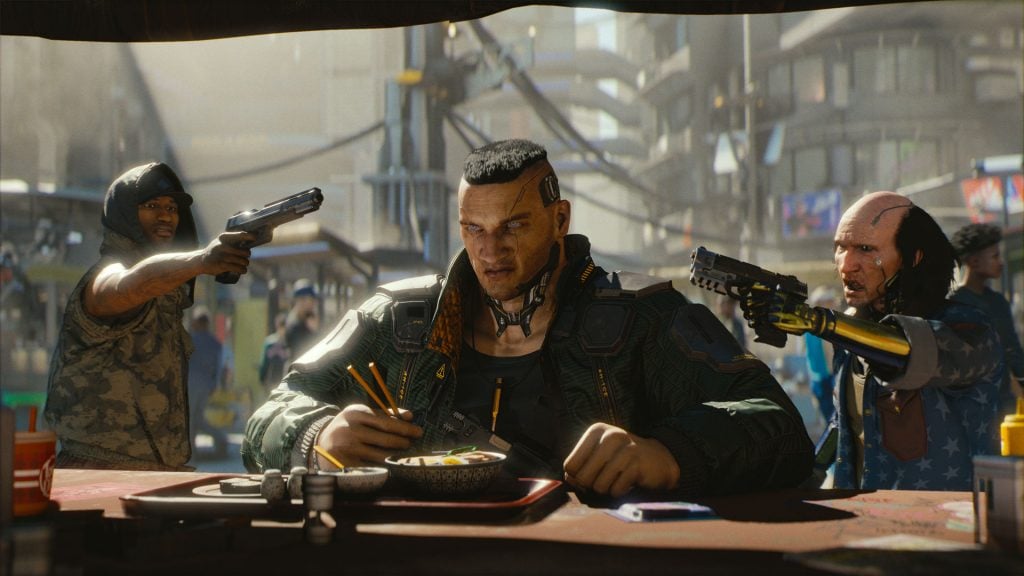 Cyberpunk 2077 was one of our most anticipated games of E3 2018. Coming from CD Projekt Red: the team behind The Witcher 3, this game has been six years in the making and has some truly enormous expectations to live up to – and the details are finally coming out.

Cyberpunk 2077 hacked their way into Microsoft’s E3 2018 press conference with a new in-engine game trailer, not only showing off new characters and locations but also hiding a Q&A easter egg in the very frames of the video. So, with no further ado, here’s everything we know about Cyberpunk 2077 so far:

What Kind of Game is it?

Cyberpunk 2077 is “a true single player, story-driven RPG”, in the open-world setting of Night City, California: a dystopian metropolis that you’ll have to drive, shoot, and hack your way through. They’ve also mentioned that the game will include some form of multiplayer, and sandbox elements, though the main focus will be on the main single-player story. Think of battling your way through cybered-up street thugs, disappearing into a world of virtual reality, and infiltrating the intoxicating lives of megacorp high-society.

CD Projekt Red has set expectations high by claiming Cyberpunk 2077’s world will be big, “seriously big”, but they still “have no bloody idea” exactly how sprawling it’s going to be. That said if we can expect to see a world that rivals The Witcher Three we’ll certainly be satisfied. 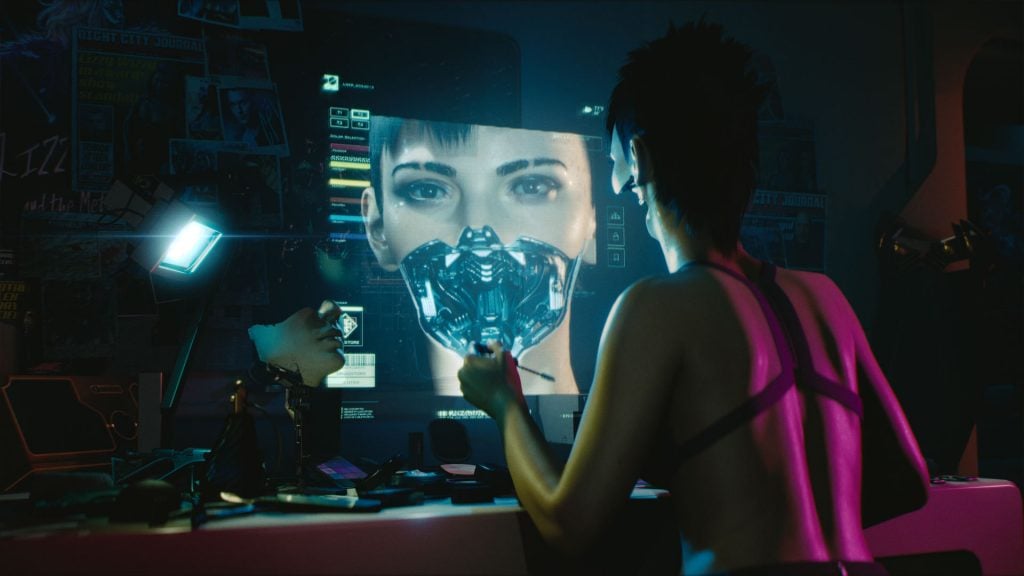 On the other hand, Will Gibson, the father of cyberpunk and author of Neuromancer isn’t so impressed. In a tweet, he likened the Cyberpunk 2077 trailer to a generic 80s re-skin of GTA, and echoed the worries of gamers who don’t want to see Cyberpunk 2077 turned into a soulless mainstream action game. But CD Projekt Red are confident that they’ll be delivering a tight narrative-driven game, and one which, we hope, will stay true to cyberpunk’s rebellious core.

Who do you play as?

You’ll be playing as V, a cyberpunk on their first step to becoming an urban legend. We’ll no doubt be flung into the dingiest of backstreets, beset by lowlife gangs and neon stimulants, and pitched against the immovable forces of the mega-corporations.

“The in-between is where decadence, sex and pop culture mix with violent crime, extreme poverty and the unattainable promise of the American Dream.”

However, Cyberpunk 2077 will also have character customization, so the androgynously named ‘V’ will likely be whomever you design them to be. Cyberpunk 2077 lets you create your own character, and we’re likely to see classes like those glimpsed in the trailer: street samurai (0:55), riggers (1:00), and deckers (1:10). 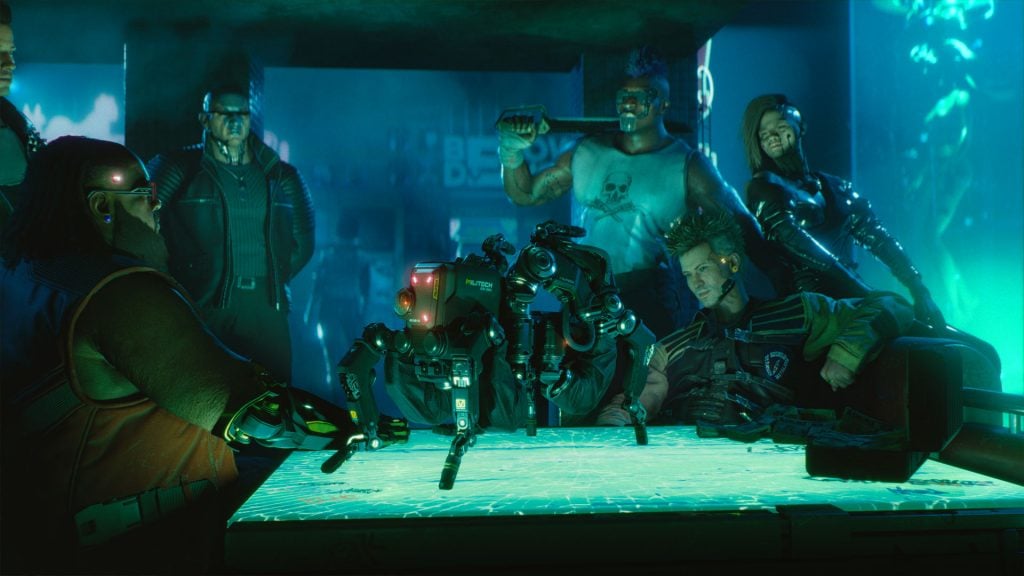 The game is based on the 90’s pen and paper roleplaying game Cyberpunk 2020 and Mike Pondsmith, who worked on the original tabletop game, is working with CD Projekt Red as a consultant on Cyberpunk 2077. We know that Cyberpunk 2077 will feature “cyber-enhanced street warriors, tech-savvy netrunners and corporate life-hackers”, so it sounds like we’ll be speccing our characters towards combat and hacking, as well as dabbling with a mix of cyber enhancements and street drugs to push us through our Chiba City blues.

Will it have Microtransactions?

“In a single player role-playing game? Are you nuts?” That’s a big ‘No’ from CD Projekt Red.

When can I play it?

We don’t know yet. CD Projekt Red have said that the game will be done “when it’s ready”, but it’s also been suggested that the game is heading into its later stages of development. While there’s no beta on the horizon, we could hope for a release in late 2019 now that the game is Red’s number one priority, but there are no promises to be made, and the developers seem determined to stick with Cyberpunk 2077 until it’s at a stage they can be proud to show off. Our next best guess is a release date sometime in 2077. The good news? Cyberpunk 2077 is coming to PS4, Xbox One, and PC. 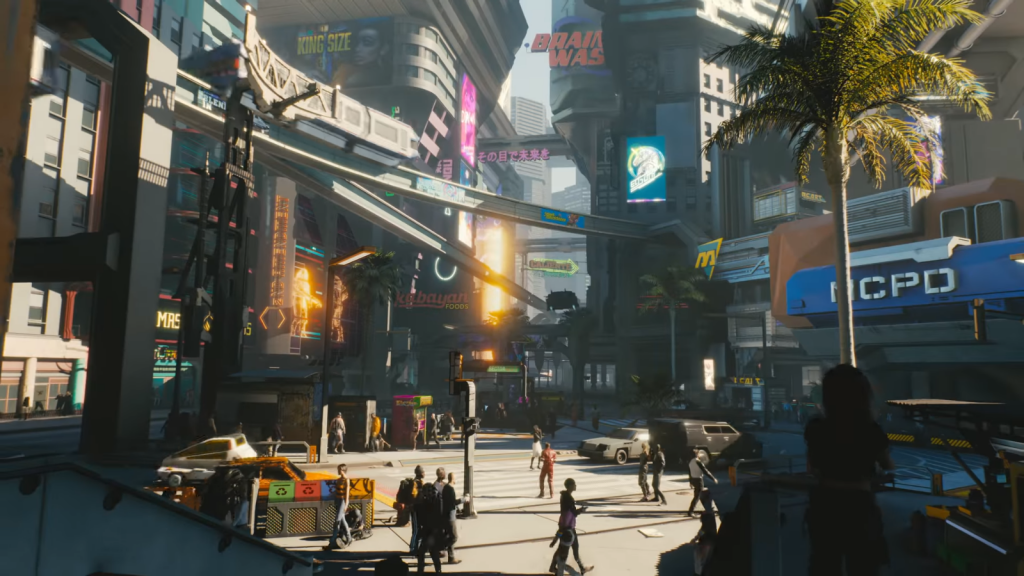 Last but not least, If you haven’t heard of cyberpunk before you should check out some of the fantastic cyberpunk-inspired games and films we’ve reviewed over the years. But the gist of it is this: cyberpunk is high tech meets low life. Think Bladerunner dystopia, a world thrumming with technological enhancement, but everywhere the gap between lowlife street dwellers and the privileged megacorp classes is widening.

Life has become something cyber, something synthetic, the streets pulse with neon, and the sky has darkened to the hazed “color of television, tuned to a dead channel”. But somewhere in the intersection of wire and blood, of VR and meatspace, of the streets and the dazzling skyline, a rebellion is starting. That’s cyberpunk.