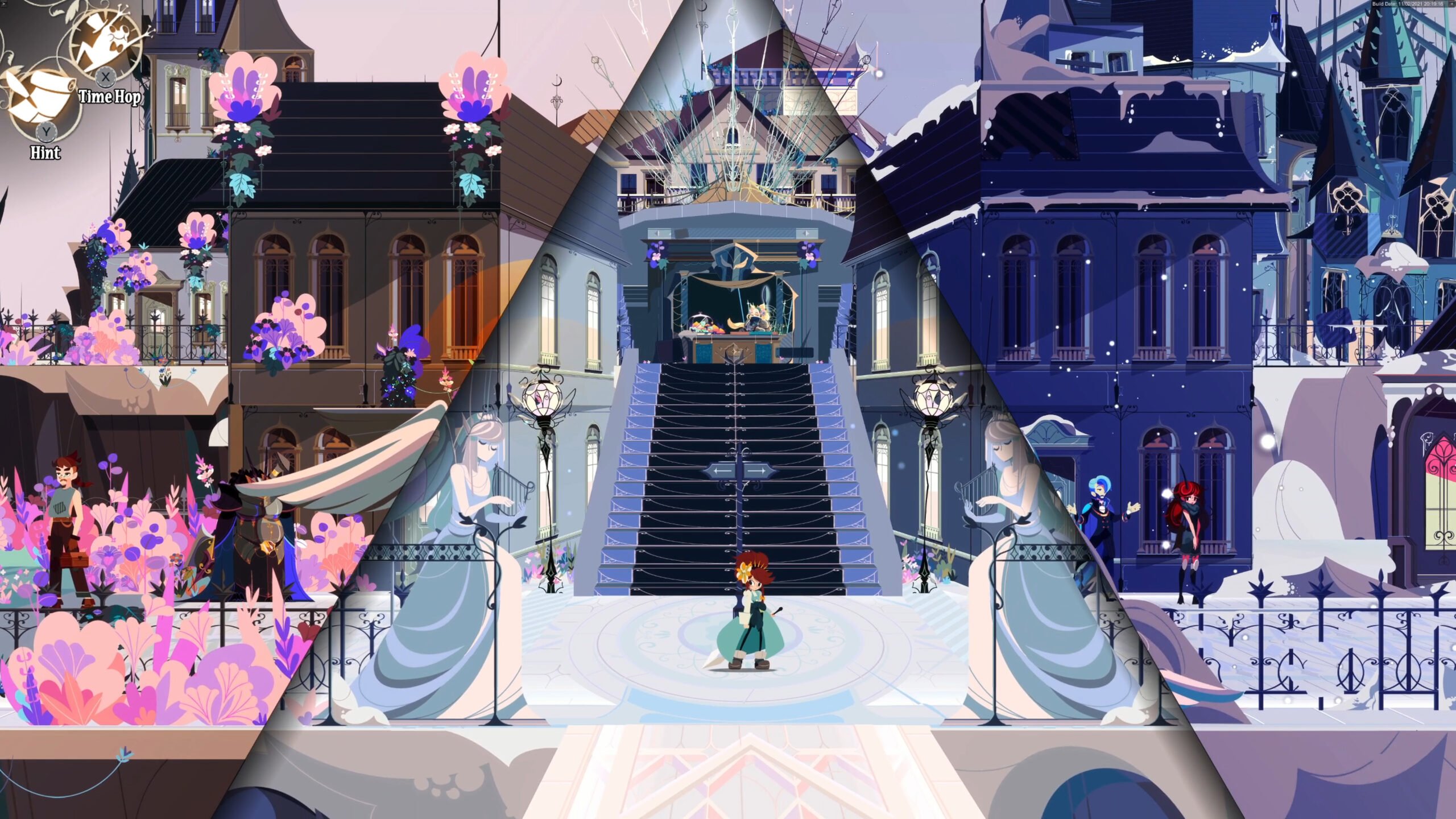 When looking at Cris Tales for the first time, it is difficult not to get intrigued. Advertised as a love letter to old-school JRPGs like Final Fantasy and Chrono Trigger, Cris Tales makes a strong first impression through its eye-catching art style and time manipulation mechanics. These elements help give the game a voice of its own, which makes it feel like more than just a simple tribute title. While the game is set to release on July 20, the demo has long been available for those who wish to see what the game is all about. The developers have also released additional screenshots and gameplay footage that reveal what some of the later sections look like. Both the demo and the pre-release footage show real promise, and they succeed in leaving the mind racing over what the rest of the game will be like.

Cris Tale’s opening is typical of other JRPGs in that it is somewhat of a slow burn. Since it devotes most of its time to set up the world, characters, and general premise, gameplay largely consists of wandering around town while talking to NPCs and slowly coming to grips with the overworld mechanics. The game always makes it clear where players should go, to the point where it restricts them from transitioning to certain areas until players are required to go to them. Admittedly, this is not the most elegant way to start the game, as the restrictions placed on players feel rather arbitrary.

Time to Pick Up the Pace

These restrictions never entirely go away in the story portion of the demo, but it nonetheless picks up once player character Crisbell gains access to her time powers. From this point forward, the screen is split three ways, with the left side representing the past, the middle portion representing the present, and the right side representing the future. At all times, each portion of the screen shows the state of the current environment in its respective time period, and the area dynamically shifts states as players move around. Not only does this look incredibly impressive in motion, but it also allows for interesting puzzle-solving opportunities that are briefly teased in the demo. Unfortunately, sending the frog companion to the past or future to solve these puzzles does not feel anywhere near as snappy as it should, but the time-based interactions shown so far nonetheless bode well for the rest of the game.

In addition, all NPCs in the area are visibly affected by the three time periods as players move about, which leads to intriguing, sometimes tragic discoveries about them. The apothecary, for instance, is a young adult in the present and is predictably older in the future, but the past reveals her as a child along with what appears to be her frail grandfather rocking in the chair beside her. It is an unexpected little background story that really justifies the time-shifting perspective, and it exists purely for players to notice without being explicitly told it is there.

One aspect that the game consistently excels at is the aesthetic. Cris Tales is a feast for the eyes, as every screen is brimming with color and artistic intent. The character sprites are consistently appealing and fluidly animated, and their large, expressive eyes and lack of outlines resemble the visual style of Western cartoons like Samurai Jack. The environments are equally as stunning, with bold 2D drawings scrolling naturally in a pseudo-3D space. This visual aesthetic is one that is not commonly associated with RPGs, but that makes it all the more attractive.

Cris Tales’ battle system is similarly compelling. At first, it seems like the typical turn-based JRPG fare. Players choose what action they wish to perform per turn, and timed button presses are utilized for more powerful attacks and defense, much like Paper Mario. It is a simple setup that works just as well here as it always has. Where the battle system shines, however, is in its implementation of the aforementioned time mechanics. Enemies can appear on both the left and right sides of the screen, and Crisbell can use her time powers to send enemies on the left side to the past and enemies on the right side to the future, which subtly impacts battle strategies.

One of her party members has a poison attack, and if this move is used against enemies on the right side, then Crisbell can send those enemies to the future to accelerate the poison effect. But for enemies on the left side, this strategy changes somewhat. Crisbell has to send these enemies into the past before her party member uses this poison attack. Afterward, Crisbell can then shift the enemies back to the present so that the accelerated poison effect can occur. These mechanics promise a puzzle-like approach to battles, and they are an exceptionally clever twist on the turn-based JRPG format. The prologue segment in the demo only scratches the surface of these mechanics’ true potential, but the Colosseum mode, in which players face waves of increasingly difficult enemies, really allows this unique battle system to come into its own.

What Will the Final Game Have?

The additional pre-release footage showcases several areas and moments not seen in the demo. The footage features a coastal town called St. Clarity, which boasts appealing architecture based on Columbian coastal cities such as Cartagena and Barranquilla. In addition, an underground sewer, which appears to be one of the game’s dungeons, is also shown off, with Crisbell avoiding oncoming streams of water. The footage also gives a more in-depth taste of the game’s overworld map, as it shows Crisbell riding a boat to reach what is perhaps one of the more impressive-looking environments thus far. This area, Rainbow Lake, is absolutely bursting with color, and it features a cutscene that calls back to a major story beat seen in the demo.

Additionally, the developers have made big promises in regard to what the rest of the game will feature. According to them, the game will initially progress in a linear fashion before opening up starting the second third of the campaign. Similarly, the final release’s dungeons will feature environmental puzzles that start off simple before gradually increasing in complexity. The demo asks players to make a small decision partway through, but the final game will feature decisions with more drastic consequences, such as the leveling of an entire city. Map traversal will expand over the course of the adventure, with players eventually gaining access to airship-like vehicles to access certain areas. These features certainly make Cris Tales sound expansive and packed with content, and hopefully they will be implemented as successfully as possible once the game comes out.

In the end, Cris Tales is shaping up to be an incredibly compelling RPG to get into. Not everything showcased in the pre-release material is perfect, but all of it demonstrates strong design choices with an immense degree of potential. Here is hoping the final product lives up to that potential.