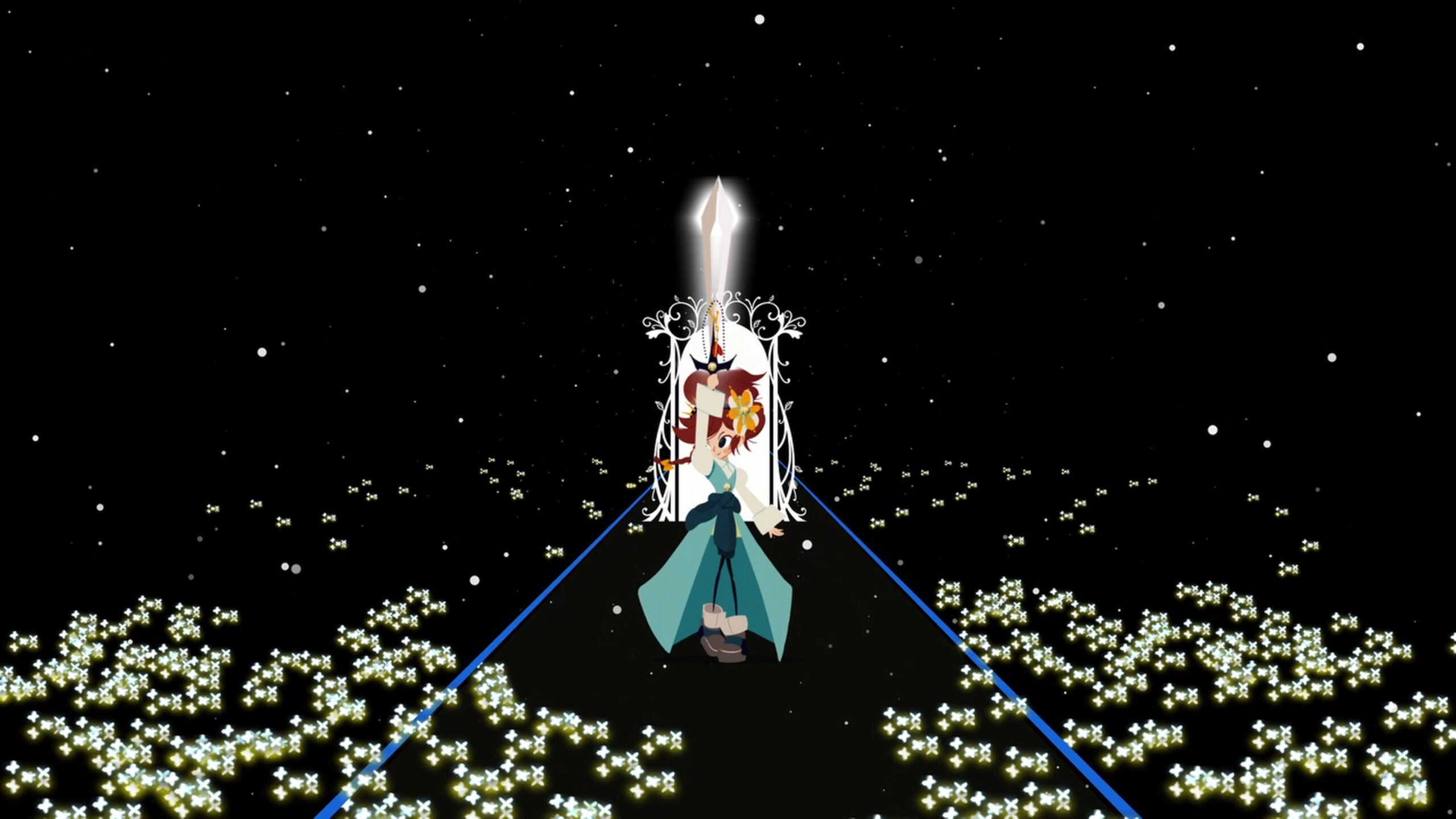 The Creative Process Behind Cris Tales

Cris Tales is one of those games that continues to impress no matter how many times it is shown off. Its crisp, stunning art style combined with its unique spin on classic JRPG combat make it a game all its own despite its obvious inspirations. A great deal of effort evidently went into bringing the world of Cris Tales to life, and it’s difficult to see the game as anything other than a passion project for everyone involved. Derek Neal, EVP of production at Modus Games and lead producer on Cris Tales, offered to share insights into how the developers approached each of the game’s various elements. This interview will cover everything from the visuals and gameplay to light details on the story, and it will help give a broad idea of what the final game will entail.

GS: What led to the creation of Cris Tales? Of course, the game is inspired by classic JRPGs, but what were the main goals the team wanted to accomplish?

DN: The team wanted to recreate the joy we all experienced growing up with the classic JRPGs, while at the same time remaining true to their roots and sharing their Colombian heritage with the world.

GS: Although Cris Tales wears its JRPG inspirations on its sleeve, it is a very unique game in terms of presentation and mechanics. Was balancing the experience to appeal to both classic JRPG fans and those looking for something fresh a conscious concern during development?

DN: Always. We took the approach of adding a skill-based system to the combat on top of the traditional leveling systems. That means players can choose which way to play to a greater extent – if you’re good at parrying and scoring criticals, you may not need to grind as much. If you enjoy grinding to level up and beat the bosses that way, you can choose to grind more. We hope that this approach allows us to satisfy both groups of gamers.

GS: The game’s website notes that some of its inspirations include modern titles like Persona 5 and Bravely Default. How did those titles influence the game’s design?

DN: Clever use of mechanics and evolution of classic tropes, like vehicles and shops, mostly. For example, the combat system in Bravely Default, with its ability to store and expend extra turns, is very unique. We spent a lot of time discussing how we could make a combat system that was as intuitive and fun [as Bravely Default’s].

GS: It goes without saying that one of the most immediately striking aspects of Cris Tales is the art style. What was the thought process behind making it look as good as it does?

DN: The art is hand-drawn and animated, in the traditional style, by lead artist Sebastian Villareal and his team. They are the ones responsible for making every building, character, rock, plant, and machine exist in a minimum of three different timelines, and doing so with a consistently beautiful, hand-drawn style.

GS: What made the developers decide that this visual aesthetic was the best fit for a classic-style RPG such as this?

DN: I wouldn’t say it was used because it was decided to be the “best fit.” The developers, like all of us, are huge JRPG fans and wanted desperately to make their own game in the genre. At the same time, they were huge fans of this art style.  So they married the two things they loved.

GS: How were the split-screen time manipulation mechanics conceived?

DN: The current version of the split-screen effect is the result of a lot of prototyping and different attempts at making past/future vision work. This version solves a lot of problems the other versions had, such as a lack of consistency (how do you know which scene is the past, and which is the future?) and information overload.

GS: Were there any technical challenges associated with implementing these mechanics?

DN: Because you can see past, present, and future all on the same screen and all at the same time, the game has to render 3 versions of every place you go in town all the time. This makes it three times as expensive when it comes to performance. Optimizing everything so it ran smoothly on every platform was a challenge.

GS: One of the challenges with world design is giving players a sense of freedom while making sure they do not get too lost. How did the developers go about addressing this challenge?

DN: The game slowly opens up as you play through. Initially, it’s a fairly linear experience, where you are shepherded from Kingdom to Kingdom. But after one significant event (no spoilers), you get the ability to travel around more freely. And after a second seismic shift, that too gets turned on its head…

GS: The game heavily integrates its time mechanics into the battle system. What were the challenges associated with implementing these unique gameplay elements into the traditional turn-based RPG framework?

DN: Most of the challenges were in coming up with clever ways for the different characters’ abilities to interact with Crisbell’s time powers while making sure we weren’t just rehashing the same design space we’d already explored.

GS: Cris Tales has players making decisions that can have major consequences on the game world. To what degree do these decisions alter the story paths available? For example, are there certain enemy encounters or locations that can only be accessed if certain choices are made?

DN: Yes, there is side content that is only available in certain branches/side quests, some of which are not available depending on which decisions you make. For example, if you choose not to save Noah (an NPC on Mt. Thysia) from the wolves that are attacking him, he will die permanently, and a side quest associated with him will no longer be available.

The decisions you make have a major impact on each kingdom, but the main course of the story continues as you head out of the kingdom and on to the next one. So while there are huge, kingdom-changing decisions to make, the story itself does not really [do] branching paths.

GS: One element of many RPGs that is often criticized by players is mandatory level grinding. How does Cris Tales address this?

DN: We have tried to marry a skill-based system, like the ones in Paper Mario RPG and Legend of Dragoon, to the traditional grind. This way, skilled players can use that system to be able to defeat bosses and other enemies more easily. If you are less skilled, or just don’t like using that system, you can choose to grind more levels in order to advance. In this way, we hope to be able to appeal to gamers who like both strategies.

GS: What is the intended challenge level of the game? Aside from the Colosseum mode, are there optional challenges for dedicated players looking for difficulty?

DN: The game is not intended to be incredibly hard, but also not trivial to beat. Some bosses are harder than others. And we may have some post-launch surprises for those wanting a greater challenge…

GS: What were the major goals for the game’s story? Are there any themes or messages that the story is intended to convey?

DN: Learn from the past, act in the present, and you can change the future.

DN: The sound track is made by two individuals: Tyson Wernli (the main composer), and Norihiko Hibino-san, who did the main theme. There are over 60 tracks and well over 2.5 hours of music!

GS: One last question. What advice do you have for players inexperienced with RPGs that are playing Cris Tales for the first time?

DN: Always check the shops for equipment and other upgrades. And save often!

Cris Tales will be releasing on July 20th for Nintendo Switch, Steam, PlayStation 4/5, Xbox One, Microsoft Windows, and Google Stadia. Special thanks to Derek Neal for speaking with us!