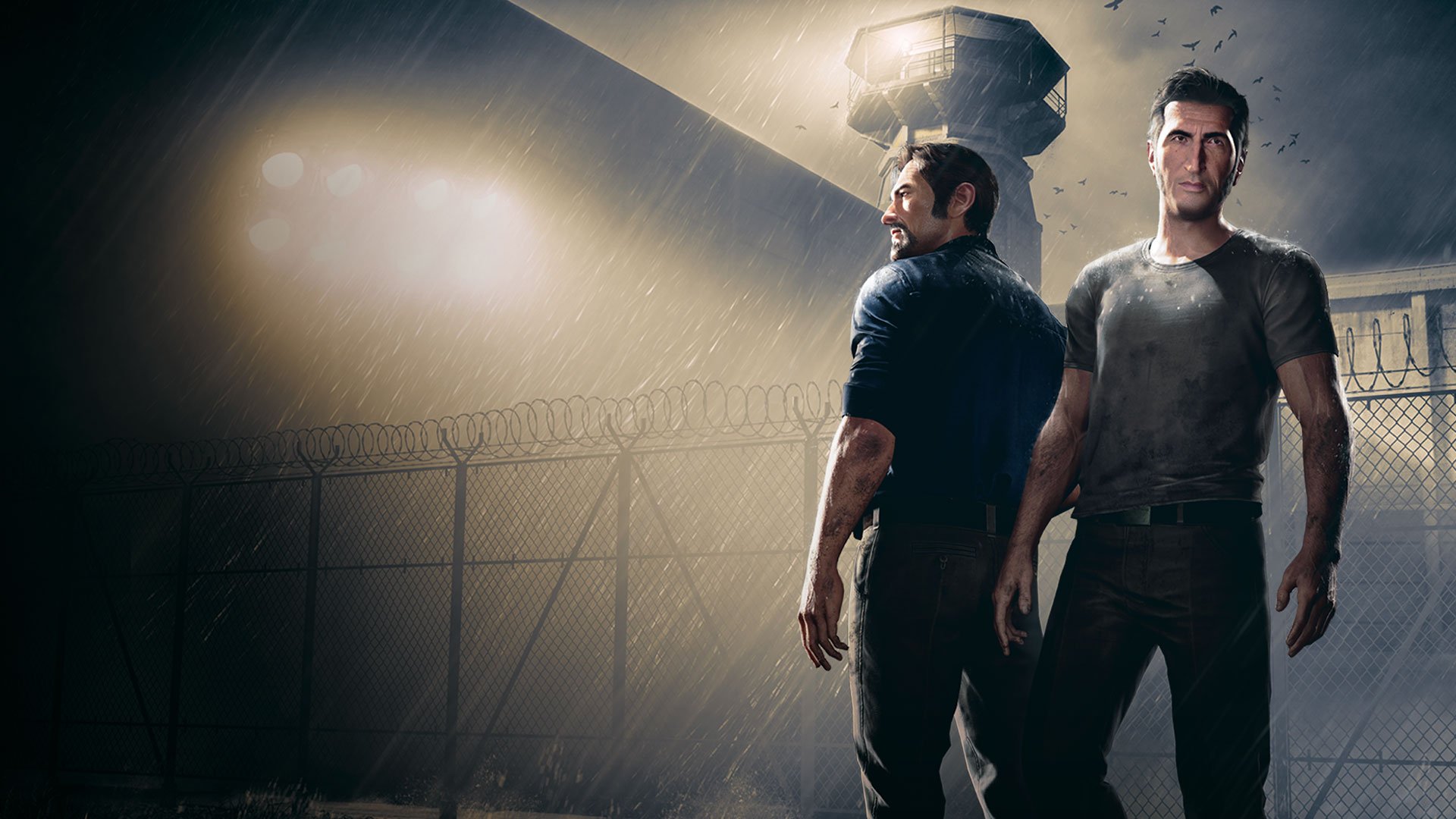 A couple of weeks ago, with launch day looming ever nearer, I wrote an article explaining why I was so excited for Josef Fares’ latest project: A Way Out.

To put it briefly, I was intrigued by the game’s unyielding emphasis on cooperative play, particularly as it is very much a narrative-driven experience, while the promise of diverse gameplay elements and an extremely generous release model which allowed two people to share a single physical copy left me eager to try it for myself. But once the initial wave of novelty and excitement wore off following the game’s short prologue, I was left somewhat disappointed.

A Way Out isn’t a bad game by any stretch of the imagination and I largely enjoyed my time with it. However, the not-infrequent moments of brilliance and originality lie within a rather prosaic framework.

A Way Out begins with joint protagonist Vincent Moretti arriving at an unnamed American prison in the early 1970’s having been recently convicted of the murder of his brother. Resigned to his fate, despite protestations of his innocence, he quickly strikes up an uneasy partnership with fellow leading man Leo Caruso; their alliance based initially on a mutual desire to escape and exact payback on the man who, coincidentally, put both men behind bars: Harvey.

Hatching a ludicrously simple yet surprisingly effective plan that bears more than a passing resemblance to titles such as The Shawshank Redemption, the pair successfully find ‘a way out’ (sorry) of their predicament and, after managing to avoid the forces sent to take them back, start plotting their revenge.

Overall, the story is well-paced. Gradually revealing additional levels of depth as it progresses and finding the perfect balance between action, in the form of various quick time events and semi-interactive set-pieces a la Uncharted, and quieter moments of contemplation; ultimately building towards a tremendously satisfying and appropriately bittersweet climax. But, as I alluded to in my brief synopsis above, the problem is it’s all a bit cliché.

From the pair’s simplistic escape plan which involves nothing more taxing than unscrewing a couple of bolts and skulking through the prison’s generously proportioned bowels, through to paying a risky visit to their loved ones whilst on the lamb, the game’s main story beats feel disappointingly familiar. Even when there’s a choice to be made between two seemingly different courses of action, the eventual outcome is predictable, strongly suggesting the game is merely following a pre-destined course that, despite the illusion of choice provided by these sections, has a very clear goal in mind.

What I would say at this stage is that Fares has far more success with the portrayal of protagonists Vincent and Leo. Though neither are without their flaws, usually as a result of A Way Out’s inconsistent dialogue, both are complex, interesting characters in their own right.

Vincent’s habitual stoicism provides a welcome change from the traditional archetype of the wrongly-accused anti-hero whose unquenchable thirst for vengeance ends up clouding their judgement; turning them into the very person they despise. While Leo’s unapologetically phlegmatic attitude towards his criminal past, combined with his own brand of antagonistic humour, makes it difficult not to like him.

Of greater importance, however, is the pair’s chemistry. Their bond develops organically over time as they learn more about one another, steadily evolving into a burgeoning friendship over the course of the game that keeps the player invested in the all-too formulaic story right to the bitter end.

And the authenticity of this bond cannot be underestimated, given that their relationship and the overarching story itself take precedence over pure mechanical enjoyment.

Quick time events are the order of the day and comprise the overwhelming majority of the action. At first glance, the sheer variety seems impressive. Traditional QTEs that ask players to simply follow the on-screen prompts sit side by side with more nuanced, co-op-orientated challenges: climbing an unusually broad, vertical ventilation shaft, for example, or navigating a rapidly-moving river. In other words, tasks that necessitate careful coordination.

Look a little deeper, and it’s true these moments are much of a muchness and don’t quite live up to Fares’ pre-release promise that A Way Out would “open up a huge variety of gameplay… to avoid repetition so they (the players) will get to know the characters through very different situations”. In A Way Out’s case, however, this lack of complexity isn’t a bad thing; in fact, it suits this style of game perfectly.

Similar as they are, these quick time events are designed to be simple in execution, allowing Fares to focus on the story and characters. They’re brief, moderately entertaining bursts of interactivity that punctuate the heavier expository scenes to keep the players’ attention firmly fixed on the ebb and flow of the narrative, without hindering the steady pace – and the same goes for A Way Out’s rudimentary stealth and combat mechanics, too.

That being the case, in A Way Out, entertainment comes not from completing these elementary challenges, but from coordinating with and navigating the disparate gameplay scenarios with your partner. Synchronizing your respective roles during a specific task and seeing it completed successfully is a hugely satisfying experience, giving both players a sense of accomplishment completely disproportionate to the actual difficulty of the task. While, even though the consequences of selecting one option over another don’t always differ all that much, the process of discussing the pros and cons of each choice really does help both players immerse themselves in the story, enabling them to better understand their chosen character in turn.

My only major criticism in this regard is the sheer number of unnecessary distractions that pervade the game. For a narrative-driven experience, I felt some of the minigames and bland NPC interactions were superfluous, serving only to artificially extend A Way Out’s overall runtime, and could have been substituted for impromptu conversations between Leo and Vincent that reveal more about their personal histories. I appreciate they’re optional; no one forced me to spend fifteen minutes trying out the full range of available prison yard exercises before triggering the next major sequence. Yet, it’s difficult to ignore them completely. We, humans, are a curious breed, after all, and with so many trophies and tasty little Easter eggs hidden throughout most modern games, it’s hard to resist the temptation to explore.

Thankfully, there are no real issues to speak of in terms of performance.

My brother and I played through the entire game online – me using the PS4 hard copy, he as my guest via Friends Pass – and had literally zero issues with latency: the game ran smoothly from start to finish without so much as a stutter during the more action-packed scenes. We didn’t have any problems setting up an online connection and, now that I think of it, we didn’t encounter a single glitch during our entire playthrough.

However, I do have a couple of gripes with the presentation. Firstly, the split-screen setup did make it difficult to concentrate on and absorb everything happening on screen when two separate perspectives are being provided; and that isn’t always easy. I found it particularly difficult to digest what Leo and Linda were saying to one another during their heart-to-heart roughly halfway through the game, for example, while I, like Vincent, was tasked with keeping their son Alex occupied with a spot of one-on-one basketball.

Likewise, I can’t say I was overly struck by A Way Out’s visual style. From the earlier trailers, I was expecting its muted colour palette and lightly-stylized aesthetics to capture the feel of prison life in 1970’s America. But in the event, everything looks a bit rough around the edges, particularly during close-up shots when the relatively basic animation exposes the lack of expression on the character’s lifeless faces, utterly failing to convey the range of emotions exhibited by the actors. Some of the environments are quite picturesque, it’s only fair to say; particularly in the more rural areas. But, on the flip side, Ifound the NPCs and some of the urban environments tended to merge into one, homogenous mass of generic assets.

Taken as a whole, A Way Out is an entertaining and largely unique experience unlike anything else currently on the market. But its conceptual brilliance is let down by some artistic failings.

Whether due to budgetary constraints or an unforgiving deadline, the story fails to provide the kind of originality and intrigue I was expecting from those early trailers, while the demands of modern game design result in the inclusion of pointless filler that commandeers time and resources that would have been better spent shoring up the game’s visuals and animation.

As such, it only partially does what Fares intended it to do. It proves, beyond a shadow of a doubt that exclusively cooperative experiences are a perfectly viable form of game design, without necessarily commending it as a must-play to mainstream audiences or challenging the supremacy of traditional single or multi-player games.