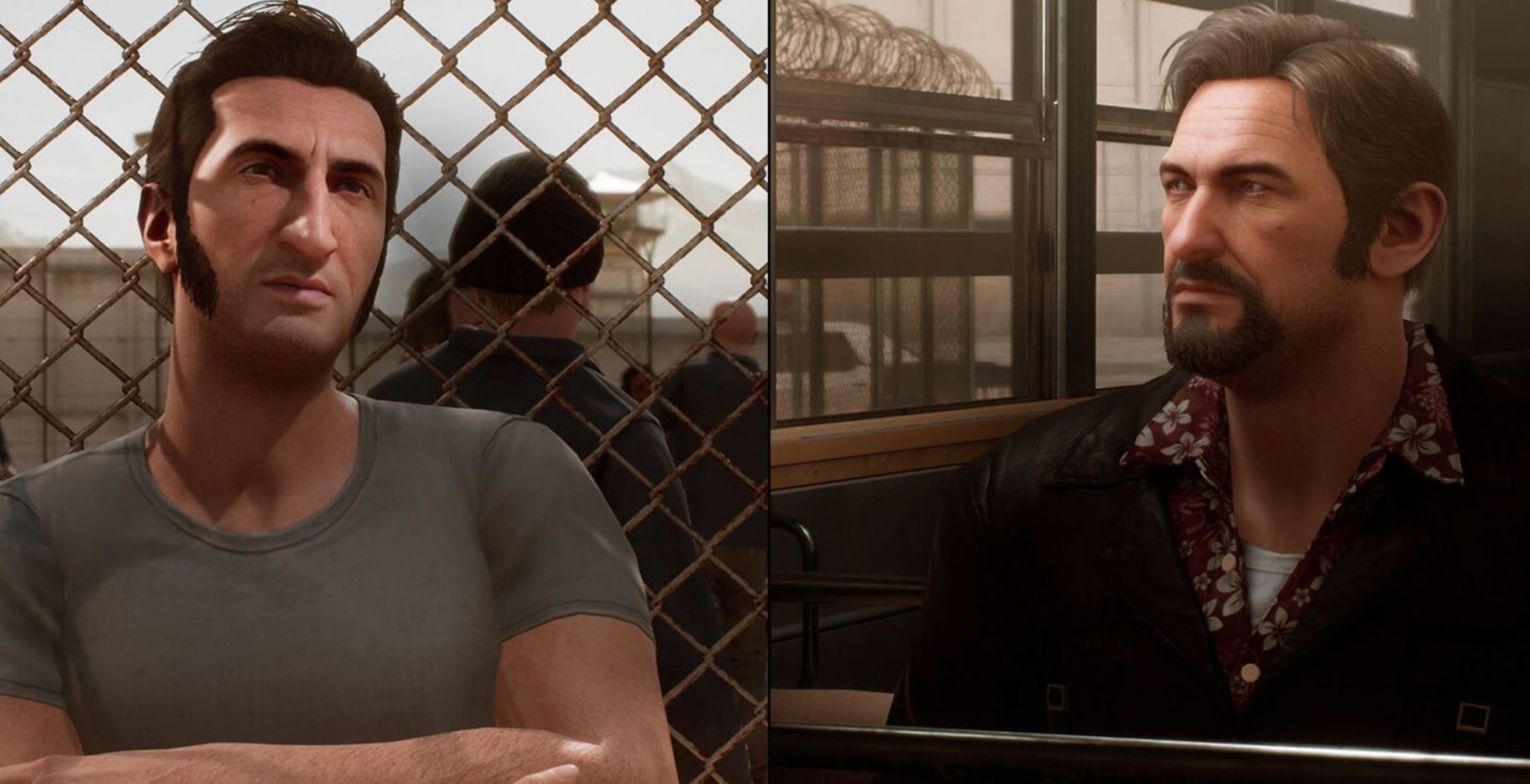 A Way Out is a game of visual invention…

A Way Out is loaded with cinematic effects that in the hands of someone less professional than Josef Fares could have come across as the work of an amateur.

Five years ago, Josef Fares, a Lebanese film director, emerged into the spotlight of the gaming industry with his breakout indie hit Brothers: A Tale of Two Sons. Venturing into game development for the first time, he described the title as more of a “storybook experience”, with the story’s themes of brotherhood and bravery inspired by Astrid Lindgren’s novel The Brother’s Lionheart. In Brothers, Fares put a single player in the role of two brothers and mapped each character to a different controller thumbstick. In order to play the game, the player had no choice but to control each sibling at the same time. It’s a unique twin-stick adventure brimming with imagination and gorgeous visuals and the “one-player-two-character” gimmick surely made the game stand out from its peers. It was the first game I bought for my PS4 and it quickly shot to the top of my list of the best games released that year. Not only did A Tale of Two Brothers establish Fares as a bold new voice in games, it put him on my radar, and ever since I’ve had been quietly anticipating his next move.

His next project of course became A Way Out, a two-player cooperative action-adventure designed with local multiplayer at the forefront. You play as either Leo or Vincent, two convicted prisoners who must work together to escape a maximum-security prison before hunting down the man who framed them and put them behind bars. Unlike Brothers, A Way Out is exclusively cooperative, meaning you either have to play the game with a friend locally or with someone over the internet. In other words, going solo just isn’t an option. And in order to accomplish this daunting task, Hazelight Studios turned to one of the oldest techniques used by film editors and VFX artists alike. Of course, I’m referring to the split-screen.

In the world of gaming, Josef Jares could have easily made A Way Out a simple two-player game, no different than most games played online in which players connect with each other via the internet. But Fares didn’t do that. Instead, throughout the majority of the game, you and your partner must share one screen. At times you’ll get an evenly split-screen sequence, and other times one of the two characters will take up more real-estate depending on the situation unfolding. The dynamic shifting of the split-screen based on how the story unravels is indeed a novel experience and more importantly, a creative storytelling tool. Both players will need to co-operate to succeed, relying on what they see on their half of the fame whether it be finding specific items, solving random puzzles, or saving each other from ongoing threats. Everything, and I do mean everything, is designed with two players in mind. And while there is always a common objective that both players are working toward, the characters are also free to individually explore and interact with the world in between each major story beat. Meanwhile, a player’s choice weighs heavily at key points in the narrative, allowing you and your partner to choose either Leo’s cocksure and aggressive path or Vincent’s methodical and watchful ways. Regardless of the situation, the ever-shifting split-screen mechanics are implemented so well, making A Way Out, in this critic’s humble opinion, one of the best games of 2018 thus far.

The split-screen technique has been used by film editors and VFX artists for over 100 years dating back to the early 1900s. Magician-turned-filmmaker Georges Méliès used split-screen along with matte paintings to composite his head several times in the 1898 film The Four Troublesome Heads while Brian DePalma made a career incorporating the technique in almost all of his film’s most famous scenes. The split-screen has many uses and has been used time and time again, but is arguably most effective when filmmakers implore the device to not only tell various stories at the same time but create tension from multiple vantage points. Fares, being originally a filmmaker, understands how to place the camera in order to best manipulate each scene. In one scenario, Vincent must distract a nurse while Leo creeps out of bed to retrieves a screwdriver they’ll later need to break out of jail. In another sequence, both players — occupying neighboring cells, must keep watch for passing prison guards as they each take turns using that same screwdriver to break through the prison wall (think Shawshank Redemption). In another, the two must find a way to take an elderly couple hostage while breaking into their country home. And in perhaps the most advertised sequence, players must synchronize their button presses to make Vincent and Leo scale up a shaft by pressing their backs together while scaling up opposing walls. A Way Out is obviously far from the first video game to use split-screen but through its narrative, the developers were able to make it feel fresh, and exciting from start to finish.

While the majority of the game relies on the split-screen sequence, A Way Out’s finest moment actually comes during a brilliantly choreographed climactic foot chase through a hospital via a four-minute-long, unbroken “camera shot”. During the chase, the game will follow a single protagonist for a few measures until both Leo and Vincent are within close enough distance to each other, after which the camera swings through halls, doors, windows, and rooms before shifting the spotlight on the other protagonist. And if that’s not enough, the scene culminates with Leo fighting his way through a 2.5D Double Dragon-like brawl that directly references Oldboy’s famous corridor fight. It’s a furiously kinetic display of “camera work” from a director who fuses lightning-fast visual tricks and shifting styles while pushing the possibilities of interactive storytelling.

A lot has been written since the game was released a couple of weeks ago. Some critics haven’t been as enamored by the game as I have. Our very own John Websell wrote a rather positive review but did have issues with the split-screen sequences, saying “it made it difficult to concentrate and absorb everything happening on screen at certain points”. A Way Out is far from a perfect game, but you’d be hard-pressed to find another couch co-op game released this year that is as ambitious as this.

In short, A Way Out is a game of visual invention and well worth your time. There’s just so much to admire, it’s hard not to recommend and so I highly recommend giving it a try.