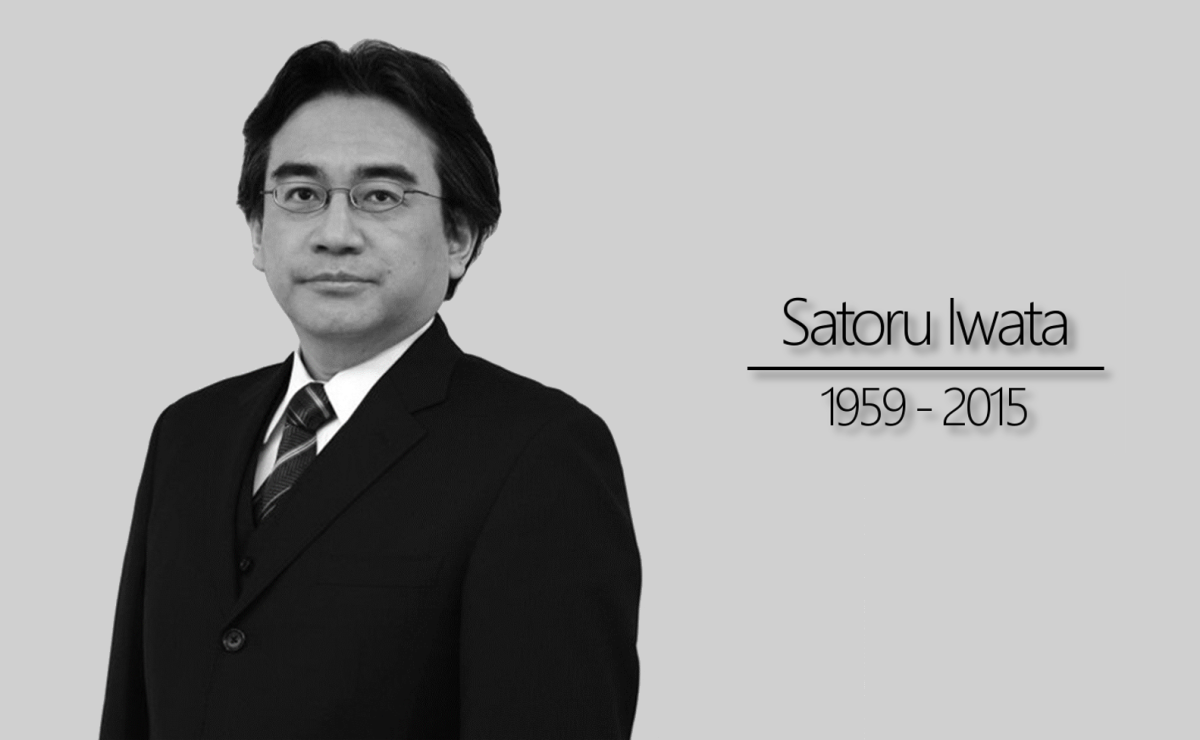 “Although many believe that technology automatically enables more realistic expression, I believe that is just not correct.”-Satoru Iwata

I rarely write obituaries about famous people — because while I admire what many people have done in their careers, I feel it is somewhat disingenuous to write about someone at such a tragic time when I myself have no personal connection with the person who has passed away. We actually have a policy here at Sound On Sight; I discourage our writers to avoid publishing news about celebrities or industry folk who have died unless they have something deeply personal to say or have an extensive knowledge of the person’s life and work. In other words, we restrain from publishing click bait articles, and so this is not a news story. I’m not here to announce the death of a great man. This is instead a small tribute to a man I greatly admire, even if I was never fortunate enough to meet him in real life.

Nintendo has been a part of my life for as long as I can remember. I owned every console since the Nintendo Entertainment System, a machine which I gladly snatched from out of my older brother’s hands when he unwillingly passed it down to me. My love for gaming actually began long before I became a cinephile – a reader of comics – a TV junkie – or a fan of any other form of pop-culture. And it all started with the Japanese Giant that introduced the likes of Super Mario, Samus, Link, Zelda, Donkey Kong, Mega Man and countless iconic characters. Over the years, my admiration for Nintendo has only grown stronger, and so there I was preparing to record the next episode of our Nintendo podcast when I read the news.

Nintendo has just issued a short statement announcing that president Satoru Iwata has passed away at the age of 55.

Nintendo Co., Ltd. deeply regrets to announce that President Satoru Iwata passed away on July 11, 2015, due to a bile duct growth.

Iwata was forced to skip last year’s E3 due to his poor health, and shortly afterwards underwent surgery. We knew he was ill, but months later, in the wake of concerns over his health, he told fans via Twitter “I’m progressing well”. The news today came as somewhat of a shock. Not since Nintendo’s former president, Hiroshi Yamauchi, passed away did I feel so sad for someone I’ve never met in real life, but the reasons were clear. Iwata has long fought a tough battle – defending Nintendo and its fans against so many haters out there who claim they love the medium, yet only try to tear it down. I’m speaking of a man who reportedly punched a stockholder in the face during one of Nintendo’s investor meetings after the man refused to stop talking shit about the company Iwata not only worked for and loved, but dedicated his life to. He’s faced countless criticism over the years and in his time as President, Iwata oversaw some of the strongest and weakest periods in Nintendo’s history as a video game company. “I would say that the people’s expectations about what will come next from Nintendo is becoming higher and higher,” he said. “So we are facing more challenges than ever. But it’s nothing new for Nintendo. Nintendo is a company that has never stopped progressing, and when it comes to the fanbase, of course, we have to sustain that, but we are always trying to expand that.” – Satoru Iwata

Iwata understood, respected and adhered to Hiroshi Yamauchi’s Mission and Philosophy. He was strongly committed to producing and marketing products of the highest quality, and to treat every customer with attention, consideration and respect.

“The entire Nintendo group will carry on the spirit of Mr Yamauchi by honouring, in our approach to entertainment, the sense of value he has taught us — that there is merit in doing what is different — and at the same time, by changing Nintendo in accordance with changing times.” — Satoru Iwata

Generations of children have grown up loving video games without ever hearing the names of the men responsible for creating the products and so when Hiroshi Yamauchi died, Satoru Iwata alongside Reggie Fils-Aime began to change that. Aside from his executive role, Iwata developed almost cult status as the host of Nintendo Direct  and Iwata Asks, a series of interviews with developers or programmers. And during his tenure, Iwata placed a great deal of focus on accessibility and open communication with his fans and wasn’t afraid to pull back the curtain on the notoriously secretive company. Witty, occasionally sarcastic, sometimes quirky but always charming, Iwata’s approach to running a billion dollar company is something to admire. How many CEO’s would hire Robot Chicken to produce a stop-motion animated opening number for their big E3 event and that would star corporate execs no less? And then follow it up a year later in puppet form? And how could we forget his most famous monologue ever:

“My name is Iwata. I’m about making games and I’m about playing games. Last night, I played Super Smash Bros. That’s my game. I kicked some… you know what and I took his name. His name was Reggie. As Nintendo president, I’m also all about asking questions. So, Reggie, I have a question for you. Who’s your daddy? — Satoru Iwata

Satoru Iwata was born and raised in Sapporo, Japan. He expressed interest in the creation of video games early on and began producing electronic games at his home during his high school years. Following high school, Iwata was admitted to the Tokyo Institute of Technology, where he majored in computer science. While attending the school, he did freelance work as a programmer for HAL Laboratory, Inc… It was there he began work on games for Nintendo such as Balloon Fight and my personal favourite EarthBound. He became a Director of the company in 2000, and in 2002 was appointed as the fourth President of Nintendo when he succeeded Hiroshi Yamauchi. An immensely influential figure both within the industry and with Nintendo fans, he will be forever missed. Rest in Peace, Mr. Iwata.