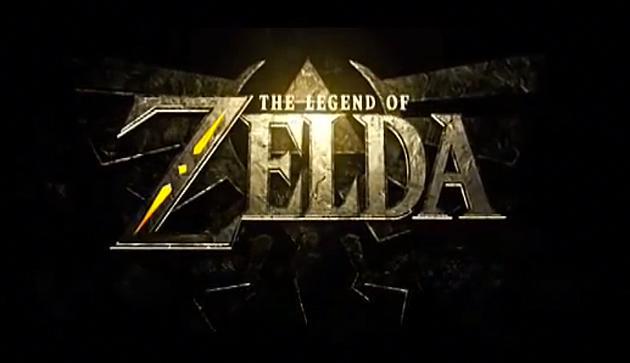 On Friday, February 6, 2015, the Wall Street Journal published an interesting article claiming that Nintendo and Netflix were working together to produce a live-action Legend of Zelda TV series. The source of the news, listed only as “a person familiar with the matter,” claims that the show will follow the familiar premise of a young boy, Link, attempting to save the Princess Zelda and the land of Hyrule.  The WSJ went on to say the source compared it to Game of Thrones but with family friendly tone, true to most of Nintendo’s work.

With an unlisted source for the information, the fact that this was far from the first time that a rumored live-action Zelda piece was in the works, including a well-remembered April Fools’ prank in 2009 including an actual faux movie trailer, on top of Nintendo’s notorious protection of its IPs following the cinematic bob-bomb that was the Super Mario Bros. movie, many, including myself, wrote this off as a mere rumor.  This all goes without mentioning that the source material for the series, The Legend of Zelda game franchise, would be impossibly difficult to translate to any other medium.  Take for instance the fact that the protagonist, Link, doesn’t speak, the most recognizable villain from the games is green-skinned and has a flaming red head of hair and matching beard when he isn’t in his demon boar form, and the fact that the game franchise practically invented and has stuck with the dungeon to dungeon layout since day one. Watching Link clear eight dungeons so he can enter a castle, defeat Ganondorf, save the Princess, and save the day, just doesn’t sound like good television.

That got me thinking.  I have a long history with this series, and consequently, a lot of experience solving LoZ  puzzles, and here was perhaps the greatest riddle to surmount: how would one translate The Legend of Zelda to television well?  Glad you asked. To begin, Link should be a young, untraveled boy.  His youth would make his plight all the more moving and daring while the audience would affectionately presume upon him ignorance and innocence.  Its what we do with all children characters.  Further, as Link takes on his quest and discovers for the first time the rich, fantasy world of Hyrule, the audience would get the pleasure of discovering it with him.  Whether considering the youthful Frodo Baggins from the Shire in The Lord of the Rings, or an eleven-year-old Harry Potter discovering a world of magic and mystery for the first time, it is a simple formula that works wonders when a character is introduced to a world as the audience is.  Finally, Link should speak.  To develop the character, make an interesting protagonist, and ensure the character can adequately interact with the world (with the lack of an “A” button), Link would have to wield words alongside his sword.  Perhaps he could be shy around others and soft-spoken, but commit large acts of courage while on his quest for an interesting take on the character.  Regardless, Link would have to speak for himself.

Perhaps the trickiest piece of the Triforce is Ganondorf.  For whatever reason, characters colored any shade of the rainbow simply work better in sci-fi.  Take Guardians of the Galaxyfor instance, or Star Trek, weirdly colored characters simply work in those universes.  Try to insert Ganondorf into Game of Thrones, and what do you get?  A mess.  Consequently, Ganondorf’s contrasting color scheme should be extremely understated.  Rather than a pine green coloration, perhaps Ganondorf should have a pale complexion, almost tinged green.  Rather than cinnabar red hair, perhaps a natural red or somewhere between red and blonde would work best.  For the series to be taken seriously at all, its villain needs to look believable on top of menacing. Alternatively, put Dave Bautista from Guardians of the Galaxy back in his Drax get up, give him a red beard, and hope for the best.  You never know, it might work.  Have fun picturing that in your head while I make my next point.

Arguably a more appropriate alternative to the Ganondorf dilemma is to not include him at all.  Focusing instead on one of the franchises other villains and stories could accomplish a number of things.  Link could challenge Agahnim, the dark wizard from A Link to the Past instead.  Not only are wizards easily translatable to the screen, but writing a show loosely based on the massively popular third game in the franchise would work exceptionally well. Limit the dungeons to a couple of puzzles, some acts of daring, sweet sword play, and the slaying of the monsters that lord over the dungeon’s treasure and you have a couple of approachable episodes.  Have the rest of the season be Link finding his way through Hyrule and then the Dark World before taking on Agahnim followed by Ganon and you have a great fantasy plot without being too episodic.  Or imagine the show premised around Majora’s Mask.  An intriguing plot, not too many dungeons, an engaging locale, and a fascinating and frightening masked menace at the center of the tale, while the odd duck of the group, it seems relatively conceivable as a show.  Besides, what better way to hook an audience for a sequel season than to tease the coming of Ganondorf and the third embodiment of the Triforce?  You’re welcome, Netflix. As mentioned, dungeons, a heavy staple in the Zelda franchise, pose a problem in that they are too video game-y.  Here, again, Lord of the Rings and even Harry Potter propose the best solution.  Look at the Mines of Moria in LOTR, or The Chamber of Secrets in Harry Potter.  In both cases, the heroes solve there way in, discover the issue at the core of the creepy location, fight their way out, thus saving the day and getting one step closer to the ultimate resolution.  Quick, clean, and not to video game-y (you might even say they are book-y and movie-y).

The final piece to the puzzle is nothing short of budget.  I know this seems obvious, and I know Nintendo and Netflix both have plenty of money, but the important thing here is using enough of it to build a believable world.  No cinematic or television fantasy realm can truly impact an audience unless they successfully suspend the belief of the viewers.  This requires phenomenally designed and realized creatures, convincing props, and immense and spectacular settings to fit them all in.  Look at the difference in reception between the originalStar Wars trilogy and the prequel trilogy.  Distracting, unbelievable CGI is a large part of what held the prequels back.  Or look at The Hobbit versus The Lord of the Rings.  Time and commitment to believable props and settings helped make The Lord of the Rings the instant cinematic classic that it was, whereas The Hobbit was decried for its over-reliance on CGI to solve all of its issues.

My entire life I believed that The Legend of Zelda would be a travesty when represented in any other format than video games.  Now, however, after giving it too much time and thought, I truly believe it could be exceptional if handled well. Should Netflix and Nintendo actually produce a television series, which remains to be seen, I wouldn’t be too quick to condemn it.  Instead, I might allow the Zelda fan in me to hope.  For now, however, a Legend of Zelda show (1989 series aside), like Koholint Island in Link’s Awakening, remains a strange and distant dream.