*Warning: This article contains SPOILERS for Resident Evil 7, both in terms of story as well as unlockables. Proceed with caution!

Difficulty settings tend to be an afterthought for most modern titles. Most of the time, the only differences between these modes are the amount of damage the player both inflicts and takes. Titles like The Last of Us have tried doing minor things, such as taking away the player’s HUD, but these inclusions do not change the structure of the game or the overall gameplay experience (outside of exercising the player’s patience). There is nothing new or fresh during the second playthrough on a harder difficulty, which doesn’t give gamers too much of a reason to come back.

Resident Evil 7’s Madhouse difficulty setting is what every ‘hard mode’ should strive to be. Unlocked after completing the story for the first time, this hyper-difficult mode mixes up the Baker Manor just enough to make it feel like a new experience. Item locations have been changed, enemies behave differently, and even the sequencing of some of the areas has altered. New items have also been introduced, such as the defense coin, to help give the player a fighting chance.

While the extra features are certainly exciting, they do little to alleviate this new mode’s punishing difficulty. Enemies are significantly more durable and can normally kill Ethan in just two hits. Boss battles in particular require new strategies in order to take them down, as they have even more health, while the player is left with less ammunition. This hellish mode is definitely worth attempting, as completing it unlocks infinite ammo for every single weapon in the game. 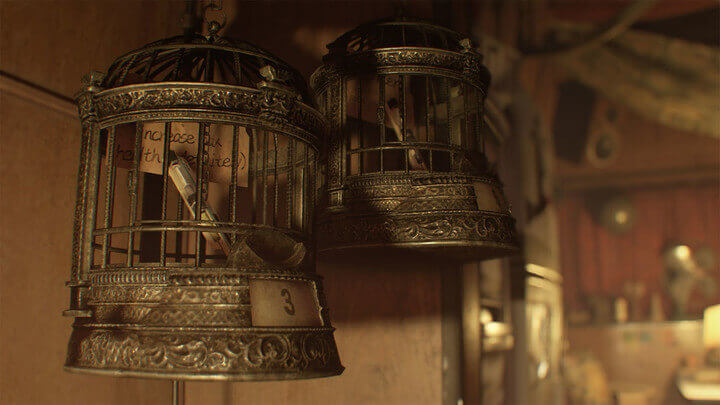 There are more of these locked cages in Madhouse mode

Sound difficult? Of course it does. Impossible? Not quite. Here are a few strategies to help make it through Resident Evil 7’s toughest challenge.

In order to have a fighting chance against these beefed up monstrosities, players will need to run through the game at least twice before attempting Madhouse mode. The first playthrough will be a normal one, with no additional requirements or strategies. This will unlock the Albert 01, a super-powerful handgun that makes the others feel obsolete. The Secrets of Defense will also be unlocked, which reduces the damage Ethan takes while guarding. This is a must-have, as the guard mechanic will undoubtedly be used in almost every single enemy encounter.

After completing the game once, each player should run through the game again on Easy mode. Why easy mode? The goal during the second playthrough is to beat the game in under four hours in order to unlock the Circular Saw and the X Ray Glasses. These two items are absolutely invaluable during the Madhouse campaign.

2.) Live and Die by the Circular Saw 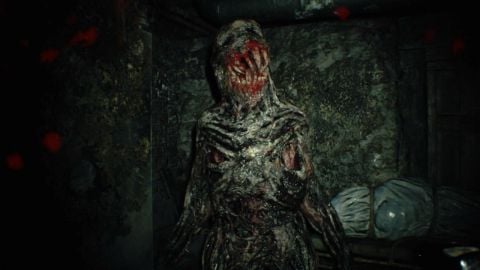 This is easily the most vital weapon in Madhouse mode, when used correctly. The Circular Saw can decimate opponents while conserving ammo, as it doesn’t require any resources to use. The saw should be used on approximately 80% of the games regular enemies. Using bullets on the molded is a complete waste; they take way too many shots to put down, and they often run right through most shots regardless. The Circular Saw can stunlock enemies if aimed at the neck region, which counts as a headshot, and also keeps the creature within its hitbox so that they cannot attack you back. If the saw is aimed too high or too low, the enemy will break out of the hitbox and deal a massive amount of damage, so it’s definitely something that needs to be practiced.

The Circular Saw also comes in handy while the player is being hunted by Jack in the house. This is one of the biggest changes that comes with Madhouse mode. Jack will relentlessly hunt you the entire time you are running around the house looking for the dog head keys. If he sees you, there is no point in immediately fleeing. Use the Circular Saw to quickly incapacitate him and then run away. It is important to note that Jack cannot be killed during this segment, as he returns to life after a short amount of time.

3.) Save Ammo for Key Bosses

There are three enemies in the game that will require a metric ton of ammunition, including ammo from the hyper-powerful magnum and grenade launcher. These are the Fat Molded in the barn and mines, the mutated Marguerite fight, and the mutated Jack fight. The circular saw is just not an option here, as getting close to these monstrosities normally spells instant death on Madhouse mode. Mutated Jack in particular is an absolute bullet sponge; each of his eyes takes around six shots from the Albert 01. This is why weapons like the grenade launcher are invaluable, as they cause a large amount of area damage. The only boss that doesn’t abide by these rules is the chainsaw fight with Jack (for that battle, don’t even bother picking up the chainsaw; just use the Circular Saw). 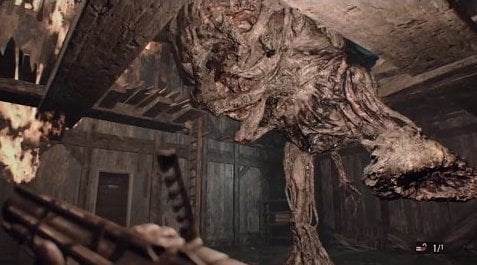 Who needs aim when you have explosives?

4.) Have the X-Ray Glasses at All Times

The X-Ray Glasses should never leave the inventory. They display every single item in the environment, including the antique coins that are used to buy steroids and the magnum. If you are running out of inventory space, take the time to run back to the safe zone, deposit your items, then run back just to grab more items in order to save them for later. Even if it seems unnecessary, many pickups will become valuable later on.

5.) Use Doors to De-spawn Enemies in the Wrecked Ship

The Wrecked Ship is very difficult, as players have to control Mia through a lengthy segment that strips them of their Circular Saw. The Four-Legged Molded are a real problem here, but there are some instances where they can actually be de-spawned by entering and closing doors. Play around with routes during this segment, and remember to stay close to doorways in case one pops out. They are extremely fast in Madhouse mode, and deal a massive amount of damage.

Hopefully this advice can help gamers that are brave enough to attempt this challenge. These tips were hand-picked to assist with the game’s most troublesome points, meaning the rest is all about surviving and progressing slowly. Got any questions that these tips didn’t address? Let us know in the comments, or on Twitter!