The Nintendo Switch has a pretty strong year-one lineup going for it. Aside from bookending the console’s first year with two of the most anticipated games of 2017, the Switch will also be home to other exclusives like Xenoblade Chronicles 2, Fire Emblem Warriors, Mario + Rabbids Kingdom Battle and Pokken Tournament DX all before January. While Super Mario Odyssey is at the top of the list for most Switch owners, this writer only has a couple more weeks to wait for his most anticipated game: Splatoon 2.

Splatoon has quickly become one of Nintendo’s most precious IPs. The game’s colorful, unique take on the third-person shooter genre resonated with gamers and critics alike when it released a little over two years ago. The first game on Wii U sold nearly 5 million units and spawned a massive worldwide following in the process. The game managed to spur a decent tournament scene for awhile (especially in Japan), and there were even large, sold-out concerts featuring the game’s OST.

So with the first Splatoon being such a hit, it was only a matter of time before we got a sequel. This time around, however, there’s a bit of pessimism around whether or not Splatoon 2 is actually a sequel or more so a “Splatoon Deluxe.” In light of these doubts and the upcoming Direct, let’s look at what this new entry needs to bring to the table in order to both satisfy fans of the original and improve the experience for series newcomers. The original Splatoon shipped with 2 modes: the standard Turf War, and the more competitive ranked Splat Zones. Within the first six months, the Tower Control and Rainmaker modes were also rolled out for a total of three ranked modes, four altogether. It’s already been confirmed that all of these are returning (albeit with the odd tweak here and there). Nintendo also announced Salmon Run, the horde mode so many fans had clamored for. And then there’s the new, somewhat ambiguous League Battle mode where players team up in two-hour increments to accrue the most points and rival the scores of other groups.

The thing is, while Salmon Run is indeed a new mode, it’s not a ranked mode. Instead, it’s a separate entity akin to the story mode. So, if we look at Salmon Run as essentially taking the place of the horrible local multiplayer-focused Battle Dojo mode from the first game, we’re left with the same number of game types. If Nintendo really wants to push the sequel angle with Splatoon 2, it’d be best to add at least one new ranked mode to the fray.

Speaking of ranked modes, what if the Splatoon team rethought the whole ranked/unranked formula? Imagine if Splat Zones, Tower Control, and Rainmaker all had unranked versions. That would allow unfamiliar players to practice and enjoy all of the game modes instead of never playing a couple because of the worry of losing their rank playing one that they’re less adept at. Similarly, a ranked Turf War would do wonders in bringing some much-needed spice to the most-played mode of the game. 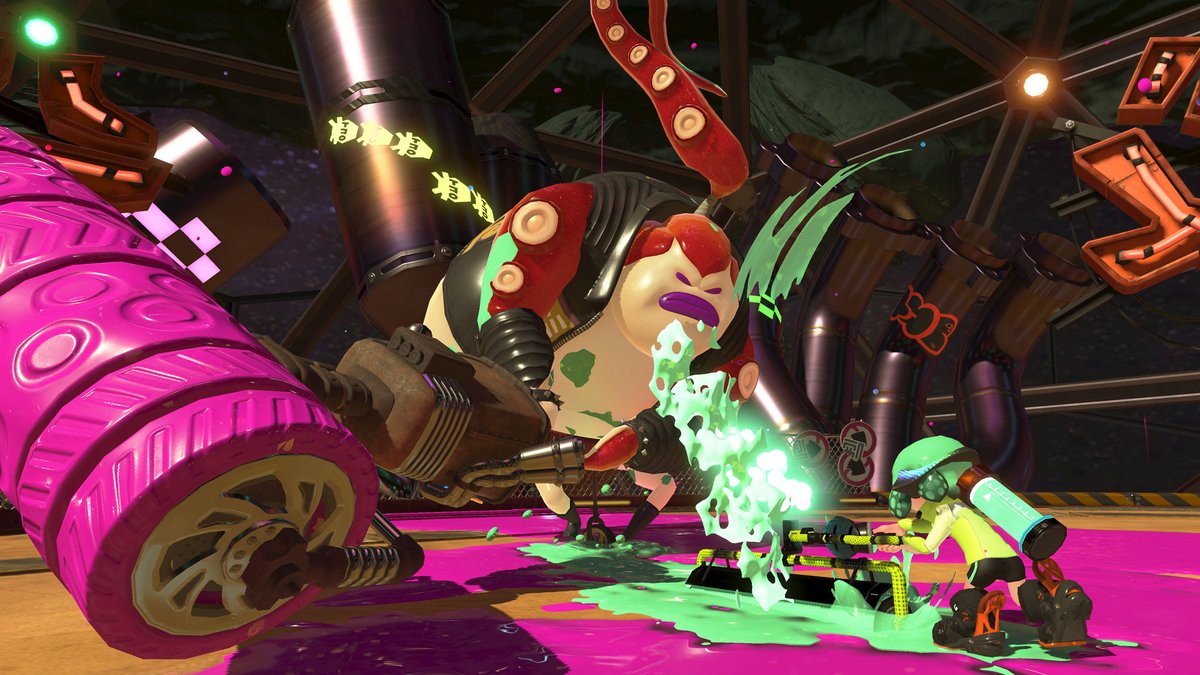 Splatoon’s single player mode was one of the game’s greatest strengths. It had wildly creative levels that did an excellent job of introducing new players to the game’s mechanics before throwing them into online matches. The stages all felt unique, and each contained a Sunken Scroll that was surprisingly challenging to find. The 6-8 hour campaign ended with one of the most fantastic final boss battles for a game in recent memory. And yet, there’s so much more that Splatoon 2’s story mode–now dubbed Hero Mode–can deliver.

Hero Mode needs to be a substantial, stand-alone experience. It can be argued that it’s only a small part of a much larger multiplayer experience, but the same could be said of ARMS, and look at how the single player content in that game was received. Splatoon 2 needs something substantial for the offline gamer, and that means Hero Mode having more levels as well as optional challenges for each. Special achievements for finishing a stage without being hit once or even time trials would go a long way in extending the life of the experience. Sunken Scrolls are already confirmed to be making their return, but those alone aren’t enough.

This is the first step in remedying the old version’s greatest weakness: replayability. Sure, you might’ve gone back and played some of your favorite levels a couple times (shout out to Invisible Avenues), but there was no real reason to touch the campaign after the initial run through. Splatoon 2 could fix this in a couple ways. For one, multiple save files in Hero Mode would be a godsend. Players gain orbs to level up their weapons and armor as they make their way through the campaign, so having an option to select a new save file would be ideal for those wanting to replay the whole thing from scratch. Alternatively, unlocking a hard version of each level after beating the final boss would also be a solid replay incentive.

The Expansion of Splatoon Lore

Lore in the Splatoon universe is purposefully subtle. The only details players learn about the origin of Splatoon’s civilization and the fight against the Octarians is through the aforementioned Sunken Scrolls, giving the world an air of elusive mystery. These documents did everything from flesh out characters’ backstories to explaining how Turf Wars began in the first place. Tracking them all down was one of the most rewarding parts of Splatoon’s single player, and luckily they’re making a return in the sequel. However, it’d be great if we had more glimpses into the lives of Splatoon’s colorful cast and Inklings as a whole. The Squid Sister Stories series was a great start, and Nintendo could take it even further with a series of animated shorts supporting the game’s release. The Pikmin animated shorts were wonderfully done, and seeing Splatoon 2 given the same love would be awesome. The ultimate way to expound upon Splatoon’s lore, however, would be to release story-focused DLC. I’m talking DLC that allows players to go back and play as one of the soldiers in The Great Turf War. This would come complete with exclusive vintage clothing and weapon options, a Hero Mode-esq selection of stages to complete, and loads of dialogue/exclusive Scrolls to find. Though Splatoon has yet to have any paid DLC, that’s definitely content that much of the Splatoon community would buy in an instant. 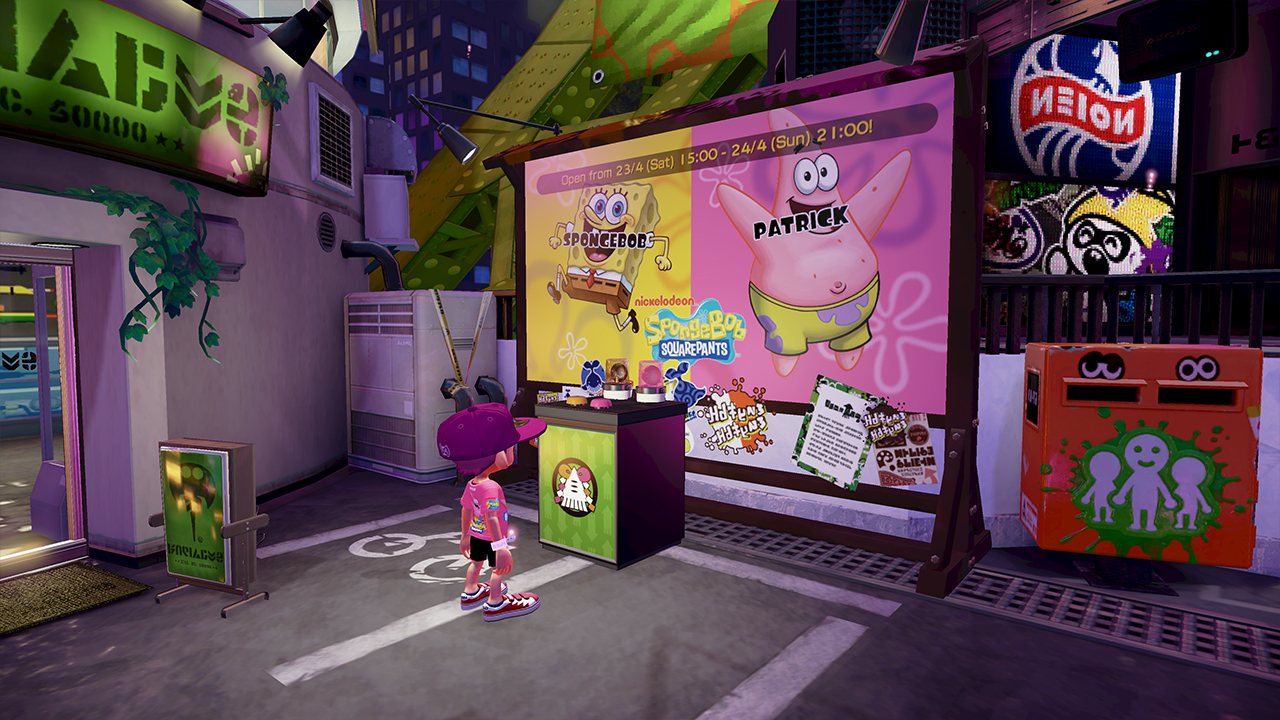 The Grand Return of Splatfests

Splatfests were the absolute best part of Splatoon, period. The themes were sometimes awesome (Pokemon Red vs. Pokemon Blue) and sometimes a bit dull (Cars vs. Planes), but players repped their team like crazy either way. The excitement around each timed event was contagious, and the special Splatfest music and nighttime versions of every map were a brilliant way of making the showdowns feel like a real holiday. Teams also stayed together for as long as they stayed in the lobby instead of being team-swapped like usual. This made for some truly great bouts of groups starting out as strangers and growing into hardened teams vying for that elusive King/Queen rank and those coveted Super Sea Snails. Needless to say, the final Splatfest was a sad day indeed for Splatoon players everywhere. So, with the spectacular Splatfests making their return in Splatoon 2, what can be improved this time around? Well, one common complaint was that the team shirts players won during the event always had to be returned by the end. The reasoning behind this was never really explained, and it would be nice to hold onto the shirts as special mementos of each event. Another tweak would be the ability to go into a Splatfest as a squad. Squads were never allowed in Splatfests, and playing with friends online during all the excitement would be great fun. 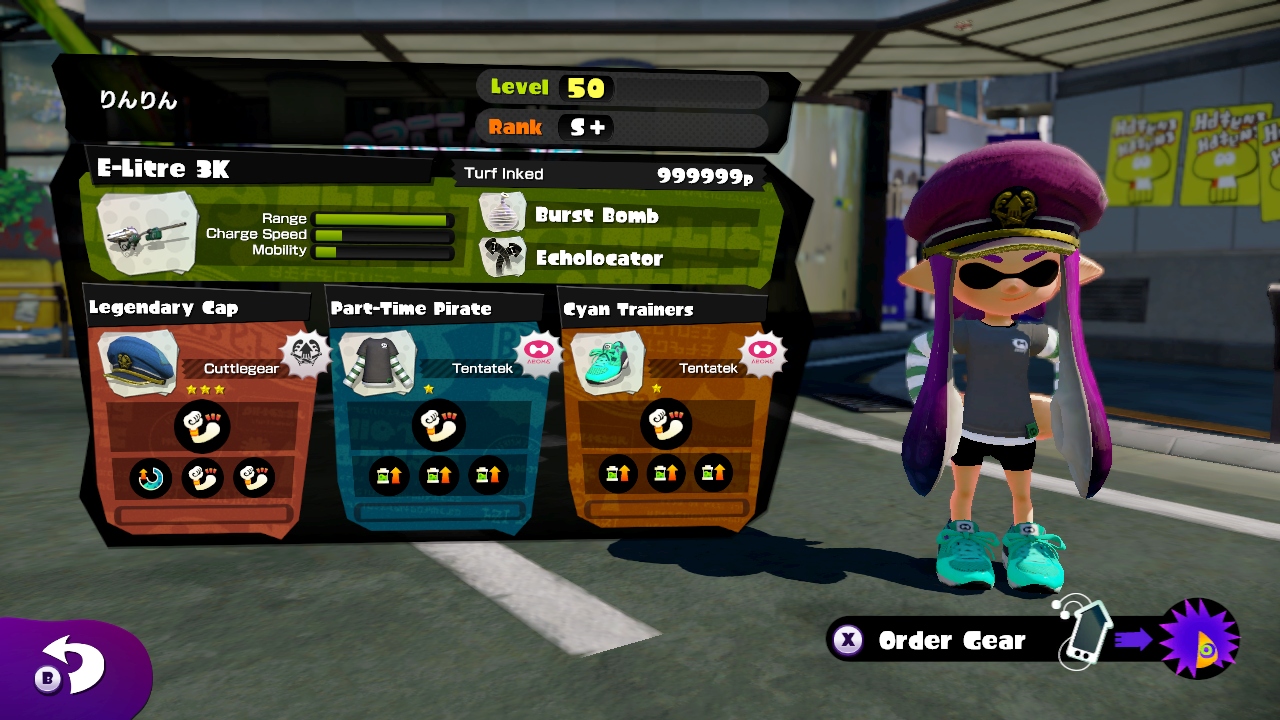 Leveling systems have been a way to keep players coming back to games for years. The sense of progression that comes with leveling up is both addictive and enticing. In terms of Splatoon levels signify how long a player has played online, while their rank represents their skill. The first game launched with a level cap of 20 and was quickly raised to 50 a couple months later. While the Legendary Cap was a nice reward for maxing that out, avid Splatoon players were left wanting more. For Splatoon 2, a level cap raise to 100 would be amazing for a couple reasons. For one, it would continuously give players a goal to strive towards. It took well over a hundred hours to max out at Level 50, so one can only imagine how long it’d take to hit Level 100. Having that goal would keep players coming back for months if not years. Raising the max to 100 would also provide a more accurate representation of how experienced a player is as opposed to cutting that indicator off at 50. Splatoon 2 could also follow the prestige system seen in Call of Duty and have several prestiges players can hit instead of a hard level cap. This could actually be amazing if the prestige was incorporated into a special piece of clothing or special colorway.

Then there’s all the small stuff that would enhance the Splatoon 2 experience. For instance, it’d be nice to be placed on a friend’s team automatically when you join them in a match instead of the game shuffling you around like everyone else. Another wishlist feature? An alternate color scheme for every piece of clothing. Splatoon already had a staggering amount of customization options, and this would only push the boundaries further. Even if alternates were tied to certain levels or prestige, that would be a wonderful incentive to reach those goals. Also, I don’t know about you, but I’d love arcade games to make a return in Splatoon 2. They were always fun little diversions to mess with in-between matches, and in this game, they could simply be played on a machine or arcade in the plaza. But why would anyone spend time outside of a match to play a simplistic arcade game? Two words: online leaderboards. It would give players a fun distraction while waiting to squad up with their friends, especially if they could see the scores of those friends online. And lastly, the option to customize controls is always a plus. Splatoon 2 has a lot to live up to. The first game is, in this writer’s humble opinion, one of the finest, most original shooters ever crafted. To top it, Splatoon 2 will have to deliver a host of improvements while also expanding on what made the original so beloved. It’s a tall order, and we only have a couple weeks to see if it can deliver. Here’s hoping it exceeds every one of our expectations.