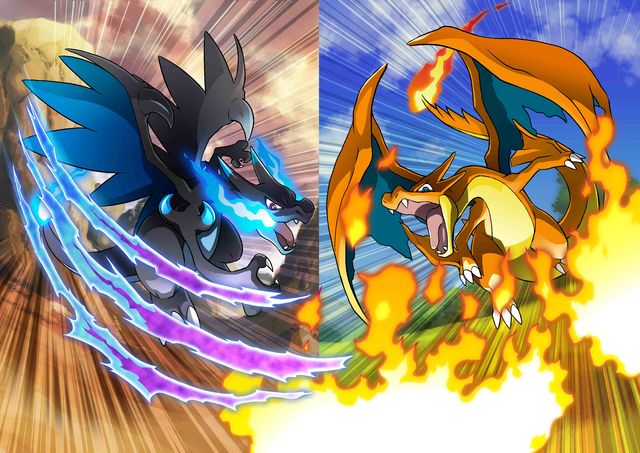 How To Play Pokemon…

If you are anything like me, you have become the Pokémon Champion of eight different Pokémon regions multiple times over. You’ve become the very best, and you’ve caught them all. So how do you keep your Pokémon play-throughs from getting old or redundant? I’m here to tell you that for every Pokémon out there, there’s a different way to play the game! Okay, maybe there aren’t 898 ways to keep yourself fighting fit and help each new game feel completely fresh, but there are a lot of fun ways to approach the game to give it a new challenge. Here are a couple of my favorite approaches to Pokemon play-throughs and ways to keep Pokémon from getting old!

When I say blind, I don’t mean blindfolded, though that might be interesting. I mean going through the game without a guide or the internet.  This is particularly enjoyable when playing through a new generation title. I did this with X and Y and it was incredibly rewarding. Whenever I caught a new Pokémon, I had no idea whether it evolved or not, or what it’d evolve into. To discover a lot of Pokémon, I spent time training them, especially once I deduced that they had evolutions (based on Pokédex position). Countless Pokémon were epic surprises, from Aegislash, to Goodra, all of the Mega Evolutions, and of course Zygarde. When it came do deciding my party, each and every Pokémon I had to evaluate for myself to see its strengths, general stats, and weaknesses, and I was forced to explore everything thoroughly to ensure I’d discovered it all. When the next main series titles arrive, and especially Generation IX, try to avoid spoilers and discover the game entirely for yourself! As much as I loved playing Pearl and despite the fact that I like Giratina more than Palkia in terms of cover Pokémon, when Platinum came out, I had the itch to play a Pokémon game, but wasn’t sure I wanted a standard journey through Sinnoh. Almost immediately I resolved to play the game through with a team of Eevee evolutions, especially since the fourth generation came equipped with two new Eeveelutions, Leafeon and Glaceon, bringing my total party options up to seven different Pokémon (or eight if you want to keep one an Eevee). So, I bred eight Eevee eggs in my Pearl game and traded them to my Platinum file almost immediately after starting. Once they all hatched, I selected the best personality type for each element, ensuring my Eevees stats played well to the strengths of its eventual evolution. Two of them I immediately took to making exceedingly happy; the rest I equipped with stones. Within no time, I had an amazing team of Pokémon that all derived from one source. The resulting play-through was one of the most fun I’ve ever had. Who doesn’t love the Eeveelutions? And statistically speaking, they are a formidable force all together!  Beleevee me, this is one play style you’ve got to try!

We’ve all made fun of Youngster NPCs for their unshakable faith in their bug Pokémon, or scoffed at a gym leader as we defeated them with a singular, super effective Pokémon. Next time, rather than make fun, why not join in the fun? Take the Gym Leader Challenge and play through an entire Pokémon game with only one Pokémon type! It’s incredibly fun prepping teams who can cover shared weaknesses, and there’s so much more risk involved when almost all of your Pokémon are susceptible to the same types of attacks. I played through Alpha Sapphire with an entirely Ghost-type party, the core of which was a shiny Gastly! Dark Pokémon had never held more menace, and eliminating enemies with brute force when in a pinch resulted in an incredibly rewarding victory. What type of Pokémon are you? If you were a gym leader, what type of Pokémon would you use? Gather your group from other games, or get them as you go, and give this challenge a shot! Prove to the Pokémon League you’ve got what it takes to be one of them and then some! Everybody has a favorite Pokémon. Mine is the Pitch Black Pokémon, #491, Darkrai, followed very closely by everybody’s favorite shade, the OG (original ghost), Gengar. Sure, your favorite might not be the greatest statistically speaking; maybe it’s a Pokémon that no one else seems to like. Prove everybody wrong by beating the game with only that type of Pokémon! One of the best parts about Pokémon is that you can literally play however you want, and if that means a team of six Metapods, then more power to you! Imagine how tough tackling a team of six Snorlaxes would be, or how undefeatable a fleet of Dragonites! Lance did it in generation one (mostly), and look how hard he is to dethrone. What could be better than beating the game with your favorite Pokemon at your side? Especially six of them, all ‘roided out and ready to wreck. Escalate the last challenge and beat the game with one Pokémon entirely! Put all but one Pokémon into the box and let that monster ruin everyone else’s day. Sure, after a while they’ll probably stop listening to you, but with the right moves and a high enough level, it’ll hardly matter. After all, what’s the big difference between a ferocious Fire Blast, a fierce Flamethrower, or an all-powerful Outrage from your Charizard, Charmageddon (I don’t think this name fits, but if it does, feel free to borrow it)? Tales have been told of players beating the game with nothing but a Weedle. Do you have what it takes to be a Pokémon master…with one Pokémon…a Pokémon’s master? Choose your one and prove that you’re number one!

Most of these are probably the best dumb ideas you’ve ever heard, but sometimes the best way to play is to take your game to the next level, and with Pokémon that means competitive play. Training becomes a whole different ordeal when only just the right stats will do. The first time you catch that Pokémon you’ve been hunting might not be enough; it might not have just the right personality to compliment the way you intend to use it. Or maybe you’ll go the breeding route and have to juggle a dozen eggs until you have that magic little ‘mon. Then you’ve got to make some tough choices and make sure that you not only have the perfect pair or perfect party, but just the right move to out maneuver your opponent. This might sound like a ton of work, but attending tournaments and meeting players that take the game as seriously as you can be a ton of fun, as well as an opportunity to potentially go to Regionals, Nationals, and Worlds! Who doesn’t love travel? Tournament training has never been easier with all the tools and techniques that were made available in Sword and Shield. Think you’ve got what it takes to be the best in reality’s regions? Show the world that you wanna be the very best, like no one ever was, and try competing!

Pokémon is an incredibly fun franchise, but, for some, I’m sure it threatens to get stale. One of the best parts about these games is that each player’s approach might vary entirely from that of their peers. Some players approach each game with a competitive mindset in search of the statistically best battler around, while others want to make the game more challenging by limiting the Pokémon at their disposal. Still others are out there to have a good time and nothing more. Regardless of how you play, here’s to twenty-five more years of Pokémon! Happy Pokémon Day!

Editor’s Note: This article was originally published on February 28, 2016.