Ubisoft did away with horribly annoying presenters this year, stopped trying to ‘create memes’ during their conference, and stuck to the games. But were they good games? Was there a good orchestra? Was there a dancing idiot in a panda suit? Was Jon Bernthal’s dog there, and was it a good dog? Stick around — all will be revealed as I run you through the good, the bad, and the rest.

Ubisoft knew that Watch Dogs Legion was their best offering this year, and man oh man did they go on and on about it. In fairness, of all the long presentations of games at this year’s E3, this one felt the most substantial. They did a great job of showcasing new mechanics, and had plenty of gameplay and cinematics to keep things interesting. The London setting doubles excitement levels for me, and has genuinely reignited my interest in a franchise I’d long since given up on.

Well, a lot of it was bad, but the dreadful-looking Tom Clancy’s Elite Squad mobile game being announced to the second-smallest number of whoops in the entire show was probably the lowlight. Even the dudes in Ubisoft shirts didn’t holler and scream. Turns out you can’t even make blatant plants care about mobile games. Don’t those guys have phones?

Look at those amazing graphics and that original gameplay! What do you mean neither of that is in there?!

Is this how we sound to the rest of the world?

Watch Dogs Legion’s footage started off with a right cockney geezer as the controlled character. He’s a wrong’un, he’s a roode boi, he’s a proper rascal, he’s a big time Charlie, he’s a little bit weeey, a little bit woooah, a little bit dodgy, guv. His accent couldn’t have been worse if Dick Van Dyke was doing it, and they only got more grating and stereotypical from there on out. Pip pip, tally ho, who’s for tea and crumpets?

I’ve genuinely not heard anyone say ‘gob’ in over a decade. Also, shut up Bagley

I’m constantly of the (perhaps paranoid) belief that all English characters in video game history have an ‘actual English actor’ adoption rate of about 5%. And 3% of that was Stephen Merchant in Portal 2. Were there no English comedians free to have a go at playing Bagley? I mean, he was the absolute worst of the bunch, and it seems that no matter who you play as, you can’t escape the prat.

Sod off mate, I’m watching a video game show! I don’t want to be reminded of my embarrassment of a country.

The singers in the opening Assassin’s Creed orchestral performance were holding lyric sheets to sing ‘aaaaaaaaaaaaah’ and ‘ooooooooooh’. Some of them were even checking them.

Seriously, what was even written on here?

At least Ubisoft doesn’t try to pretend that their audience isn’t full of plants and employees. Instead, they kit them out in bright red corporate t-shirts so we know who they are when they shout “oh my god.”

Best give a quick nod to Jan from accounting.

Isn’t that the Sunny theme? No way, it’s Mac!

“So, Rob, are we going to put any actual jokes in this show?”

Wait a second, why isn’t Mac’s show funny? And why can’t he say Ian properly?

Wait, I thought it was YOUbisoft. Is it OOplay and not YOUplay as well? What’s going on here?

The Stuff I Didn’t Understand

Some community developer came out and made announcements for stuff that made absolutely no sense to me, and people went wild. Maybe you had to be there.

What the hell was this all about? Did she say cosplay? What?!

Bless him, Nouredine Abboud seems like a lovely dude, but he blinks. A lot. I think it means he’s happy. Hey, Nouredine, blink once if you’re happy, twice if you’re sad. Wait, I lost count. Start again.

The Bit I Skipped

Obviously, I skipped Just Dance. I play video games because I’m fat and lazy, not because I like dancing. Seriously, ONE person clapped at the end. It was savage. I guess they didn’t let 10-year-old girls into the theater.

Like I said, I skipped it, but I did manage to find the footage of that dude in the panda suit dancing

The Get Rich Quick Scheme

The rumored Ubisoft subscription service is real…if you play on PC. $14.99 a month is an absolute rip off, however, especially when Microsoft charges five bucks less for a vastly superior service (chiefly because it doesn’t have any Ubisoft games on it).

Yeah, you go ahead a clap yourself, ya’ greedy so and so

Roller Champions was actually one of the more exciting announcements of the entire show, although it’s difficult to gauge just how promising it’ll be without seeing some proper gameplay. I’m hoping it’ll function as some sort of Speedball/Rocket League hybrid with a bit of Windjammers thrown in, and I’ll rarely say no to an arcade sports game. Mark this one under tentatively intrigued.

The Gods and The Monsters

Now this looked interesting, and it’s a shame that we saw very little of it. Gods and Monsters has a nice art style and an interesting premise, but at this stage I’m getting way too fed up with cinematic trailers and no gameplay. Why is this the go-to preferred method for introducing people to a video game? Show us footage that we’ll never actually see and leave us to fill in the blanks of what your game actually is (hopefully not just a Ubisoft open world game). Mark this one under pessimistically tantalized.

Oh my giddy aunt, this was pathetic. I think there are two distinct groups of people in gaming fandom: those who unreservedly love Ubisoft’s incessant churning out of open world games filled with the same old cluttered maps, backed up with obnoxious special editions and focus on ‘recurrent user spending,’ and those who have thoroughly had enough of it all. Absolutely nothing in this presentation helped switch me from Camp B into Camp A, and I’m not sure anything Ubisoft put out ever will.

Watch Dogs Legion was by far the best of this measly offering, and it does seem to have a very interesting twist on the open world genre, provided they can pull off voicing and developing every single NPC in the game to make them worth playing as, and with the additional caveat that the game isn’t bogged down with the usual Ubisoft gubbins. There was some DLC for old games, some Ghost Recon, some mobile crap, a terrible TV show, an overpriced subscription model, and very little else. Perhaps Ubisoft should’ve skipped E3 this year. Or, y’know, brought Beyond Good & Evil 2 with them? I’m just glad that #girlwood isn’t still a thing. 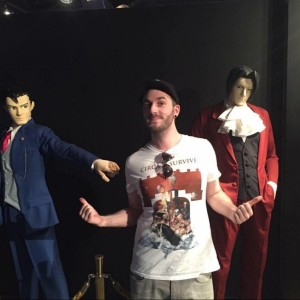 Could this be the perfect Switch port?…

Boasting robust influences from two of the most challenging and exciting genres in gaming, Rainbow Six Extraction feels fresh and fun.…

While it doesn't manage to live up to its immense potential, Riders Republic is still a beautiful and content-rich extreme sports medley.…

Metroid Dread Promises to Bring 2D Metroid Back to Prominence

Metroid Dread was a stunning reveal from an already-exciting Nintendo showcase, and gives 2D Metroid fans plenty to dine out on.…

What It’s like Attending the Microsoft E3 Press Conference