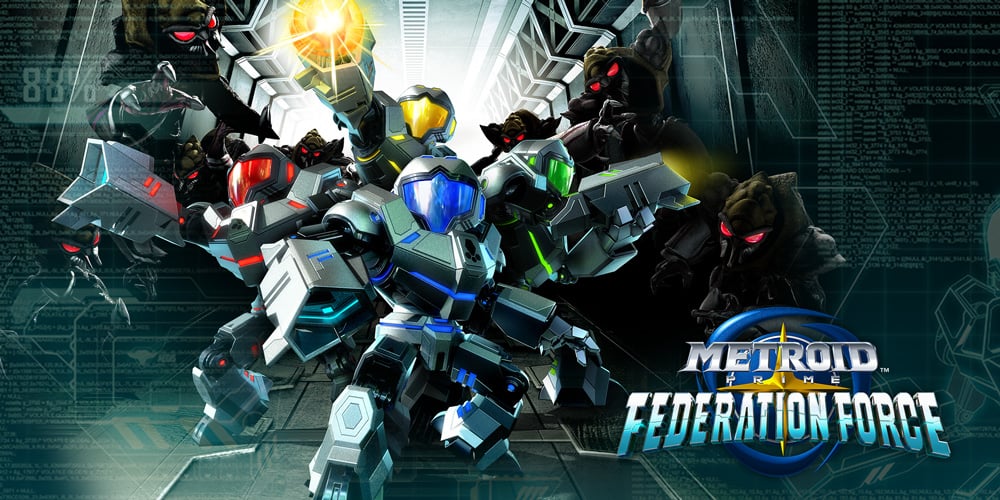 People don’t like Federation Force. Even those who have never played a Metroid game will spout reasons as to why it’s generally despicable, just because it’s such an often announced opinion. Hell, I don’t really care for the game all that much. It took a franchise I loved for its freedom and immersion and mutated it into this mission-based, choppy, multiplayer-focused shooter. It was a mind boggling decision on the developer’s part. One that they most likely came to regret as fans started rearing back and spitting all kinds of hate all over it. But, I have to wonder what would cause Next Level Games to make such an absolutely clueless move. My curiosity has never been satiated with any sort of official confirmation, but now that Federation Force is out I’m at least able to theorize Next Level’s incentives.

The Federation Force announcement trailer. The beginning of the end.

All for the sake of portability

It’s possible that Next Level ditched the exploration elements and dumbed down the gameplay to make Federation Force more “portable friendly.” It makes sense that a mission-based level system would work better for a handheld game than a sprawling, uninterrupted, open world. If the player were exploring a wide open area with no clear limit instead of completing set missions, it might devalue the “on the go” moniker inherent with portable systems. But, Next Level Games seems to have forgotten something. That isn’t Metroid. Running through linear, clear-cut missions is not what Metroid preaches. It may be theoretically fun, but it isn’t what the series has been about since day one. Even Other M got that right. 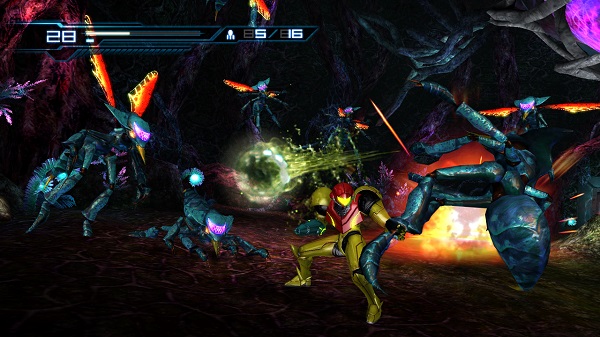 Metroid Other M – one of the most hated games of all time – still gets the Metroid formula more than Federation Force.

Is portability really worth sacrificing a franchise’s base morals? The short answer is: no. Next Level spit on the Metroid name, and fans were not happy. They started a petition to have the game destroyed, for Christ’s sake. And it’s 25,000 patrons strong! The real kicker, knee slapper, and side splitter is: there wasn’t really a reason Next Level had to make such a drastic change. Think of all the alternatives. They could have created an open world, but with clear, expressed objectives to progress the story. They could have left constant save states so the player never felt pressured to reach a certain point if their 3DS was going to die or they were otherwise interrupted. Even better, they could have not called this a Metroid game. Which brings me to my next theory…

All for the sake of sales

Cold, hard cash. It makes the world go round, as well as annihilating once beloved series. A lot of developers will create a game then slap some well-known name onto it just to make some quick cash, and considering how outlandishly different Federation Force is than the rest the series, it’s feasible that Next Level and Nintendo were making use of this underhanded strategy. I realize that Metroid isn’t the best selling series out there, but it’s a hell of a lot safer to release a game in an established franchise than to start a new one. Maybe Next Level Games pitched an online multiplayer shooter to Nintendo and they responded “Nah, we don’t really have the dough to risk on a new franchise. But, hey. Our fans have been yelling about something called ‘Metroid Prime.’ Just call it that!”. And by the time they realized what a mistake they made, it was too late.

Look at the evidence: an online, co-op shooter stemming from a series beloved for its solitary atmosphere with an out of place, cartoony art style that strips any kind of seriousness out of it. It defies everything Metroid has ever stood for. Next Level could have been creating a multiplayer, sci-fi shooter set in space. Nothing to do with Metroid Prime, nothing connected to any other Nintendo series, just a brand new IP as Federation Force should have been. I’m sure not nearly as much hate would have been piled onto it had this been the case, and maybe it would have made twice as much money. If this theory is true, Next Level must be sitting back, saying “told ya so” as they watch Nintendo deal with hordes of ravenous fans. Though, in all probability, this is the most optimistic view. There doesn’t seem to be a “bad guy” in this situation. Just two developers who have no idea what their fans want. One who seems completely deaf to a lot of what the crowd is screaming, and one that seems to be caught in development lulls, having difficulty breaking their bad habits.

All for the sake of familiarity

And I’m not talking about the player’s familiarity with the source material, because Federation Force goes completely out of its way to defy that source. No, I’m talking about specifically Next Level Games’ familiarity with their now established development formula. A few years ago, they developed a sequel to Luigi’s Mansion with the subtitle Dark Moon. Many hail it as a worthy sequel that improves on what the made the original such a great game. But, those same people would most likely point out the same couple of things as their biggest gripes with the game. The ranking system, for instance, was awkward and unpredictable. There was a companion character that called and prodded at Luigi constantly, interrupting anything he was in the middle of doing. Probably the most notable problem, Dark Moon implemented a mission-based level system. One that many fans believed wasn’t as smooth as the original’s. Though, a lot of them were able to move past it and enjoy the game for what charm and charisma it had. Unfortunately for Next Level Games, this wasn’t the case with Federation Force, which shares these same problems. The ranking system is completely unreasonable. The player is required to play in a group if they want a three star rank, which is even more annoying since the ranks have an actual effect on their abilities. The Federation’s commanding officer bugs you whenever anything mildly challenging pops up, telling you what to do and stripping all of the fun of figuring it out yourself. Finally, the mission system. Other than the practically enforced multiplayer, the missions are the main reason a lot fans despise Federation Force. They loved Metroid Prime because it was open and free, but this game couldn’t be less so. The missions, ranks, and companion character actually make it more linear than any other Metroid game. And that’s just not right.

So, maybe Next Level was developing Federation Force with the previous games in mind at first. But, as soon as they had issues developing it, whether it be from the hardware troubles or just general woes, they decided to recycle the formula used in Luigi’s Mansion: Dark Moon. A bold move that didn’t go so well for them. It was the easy way out, and that isn’t always the best way out. Although, as much as I’d like this theory to be true, I can’t shake the feeling that this is a result of plain ol’ ignorance. Federation Force is one of the few cases where I can say with confidence “Nintendo won’t make that mistake again.” At least, I hope the scathing fan backlash is enough to teach them their lesson. Hopefully, one day we’ll get the Metroid Prime 4 game we’ve been begging for. But, as it stands, we’re left with this inexplicable heap of betrayal.