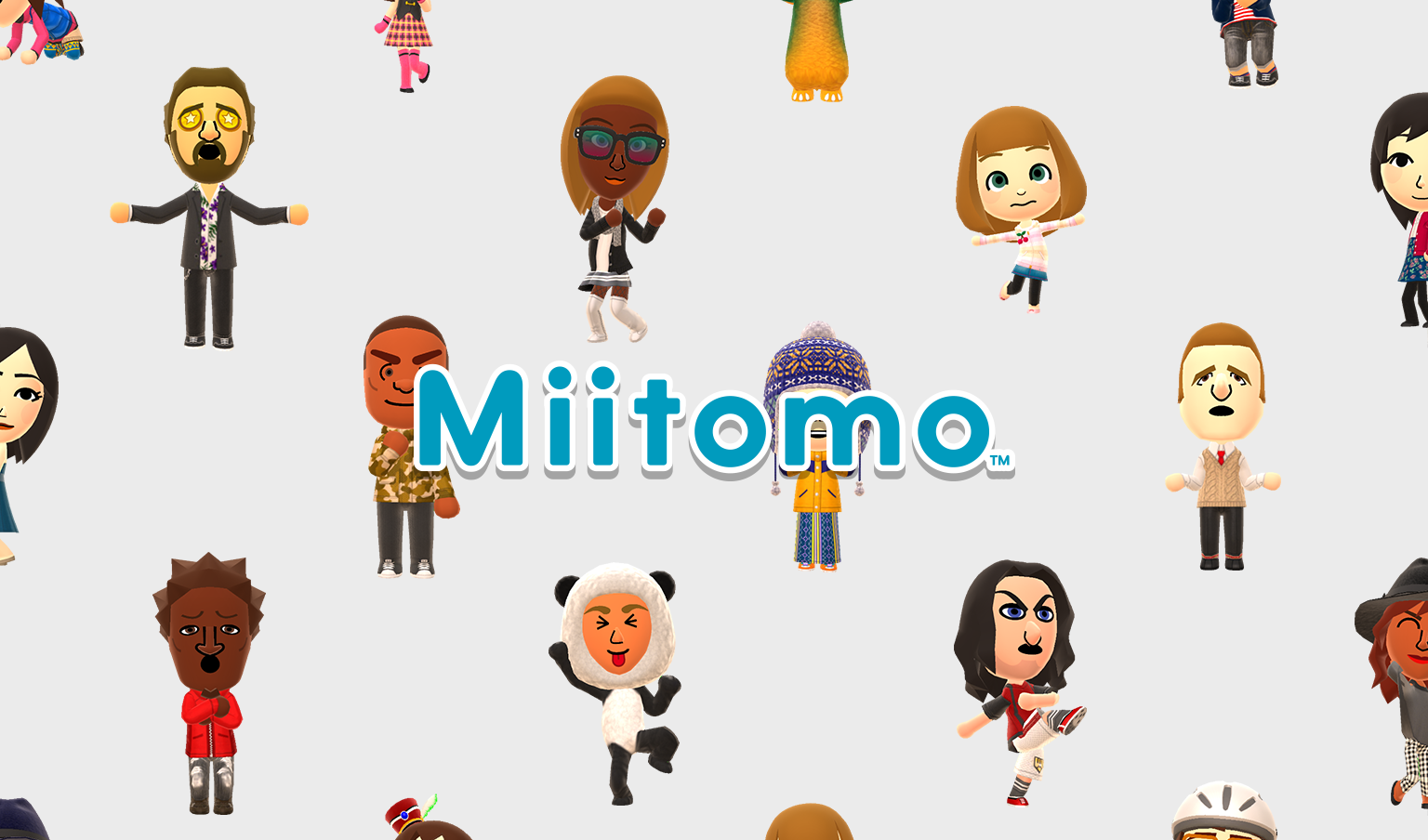 This is the photo that welcomed me on Miitomo today. 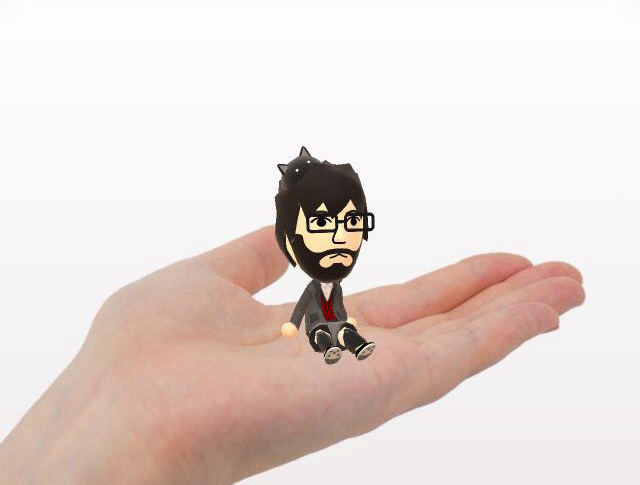 It’s been three months since the US launch of Miitomo, Nintendo’s first foray into the world of mobile gaming, introducing the strange mix of a social network and Plinko. Though blessed with an incredibly successful launch, Miitomo’s fall came fast and it came hard. Many factors can be attributed to Miitomo’s failure, from a need for variety to a lack of communication in a game supposedly made for communication, or just the fact that it’s a social game that lacks any actual game.

Whatever the case, Nintendo hasn’t given up on its fledgling social media project, consistently updating it and expanding it to new regions. So with that in mind, I thought to myself–it being the anniversary and all–that maybe trying Miitomo again was worth a shot. It’s with that enthusiastic gusto that I learned nothing had changed.

Like excavating a tomb best left forgotten, I blew the dust off the old app to find Miitomo in a state of perfect preservation. I went to my activity feed to find that the last active post was made on March 31st, the day of the US launch.

Like many, my friends and I swooned at the idea of a Nintendo social network and vigorously used and abused it upon release. 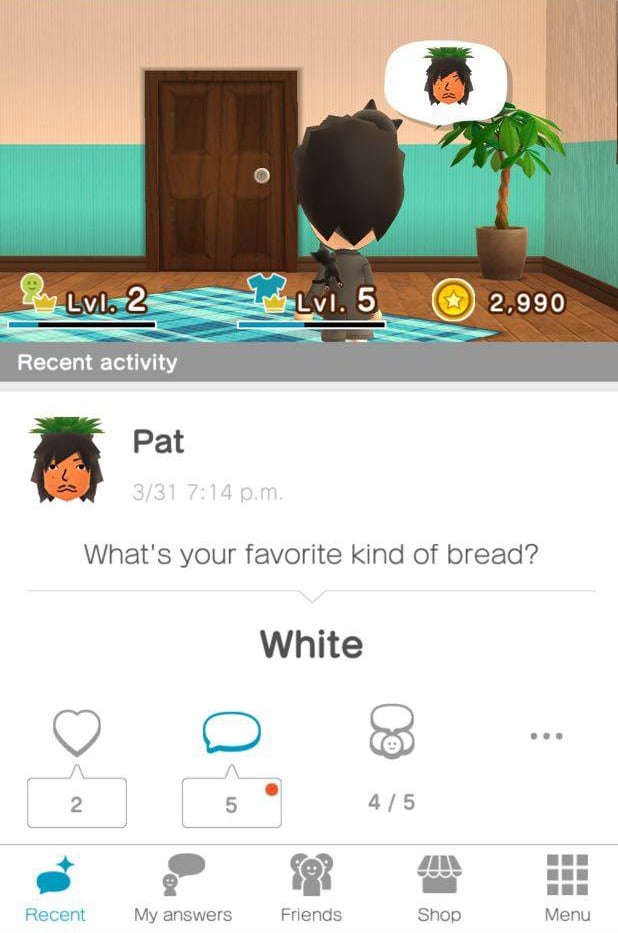 After a day or so, though, we came to realize what many had already concluded: there’s not a lot here. The formula’s simple. You log in to see your Mii. You get coins logging in to buy your Mii clothes. You answer questions about your favorite type of bread to get even more coins, again for clothes. You play Miitomo Drop–which is rigged, by the way–to get even more clothes and some candy. You spend the candy to see how someone responded to you saying your favorite type of bread was pumpernickel, which they did to get more coins. For clothes. Rinse. Repeat. There’s no actual gameplay, and the social media aspect is almost non-existent since you’re actually expected to use candy (microtransactions) to have a conversation–quirky comments to quirky questions–with someone. If Nintendo would at least double down on the clothes concept and allow the user to modify their Mii’s home, a la Animal Crossing: Happy Home Designer, then there’d at least be something to do. But they didn’t, and with the subsequent updates they’ve made for the game, they’ve virtually done nothing to improve the game aspect of the game. On the social side, you could argue there have been improvements, with the latest update adding a “Star Accounts” system similar to Twitter’s “verified” accounts. It’s a nice little touch, but distinguishing between different levels of users is useless if there’s no actual user base, to begin with. Without a private message feature or even a system of making your own questions for your friends, the goal of the app seems unclear and leaves this social experiment straddling a fence that isn’t very appealing.

With no game and almost no actual interaction, it was hard to expect people to actually continue checking in on their Miis. And with no one around to laugh at your clever jokes about your dream vacation and shoe size, the player’s rendered with absolutely no other option than to dress their Miis with cute cat ears and quietly chuckle in a corner. But at least Nintendo gave me this: 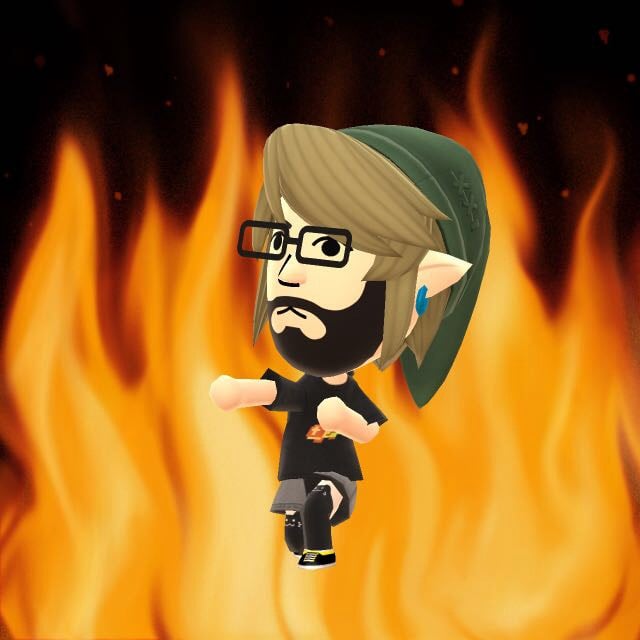 As Nintendo’s first mobile release, they can be forgiven, to an extent, for their mistakes. But with that said, one can only hope that they take a few notes from Miitomo as they continue to venture into the mobile business, while at the same time hopefully adding on to it and creating a more fulfilling experience. With the soon to be released free-to-play Animal Crossing and Fire Emblem games, as well as the highly-anticipated Pokémon Go, Nintendo’s future in the mobile world is that of cautious anticipation. Until then, we’re left with Miitomo, and the hope that maybe something better is waiting around the corner.

This guy likes playing games. He also likes writing about them. There isn't a lot more there, but he's nice enough.