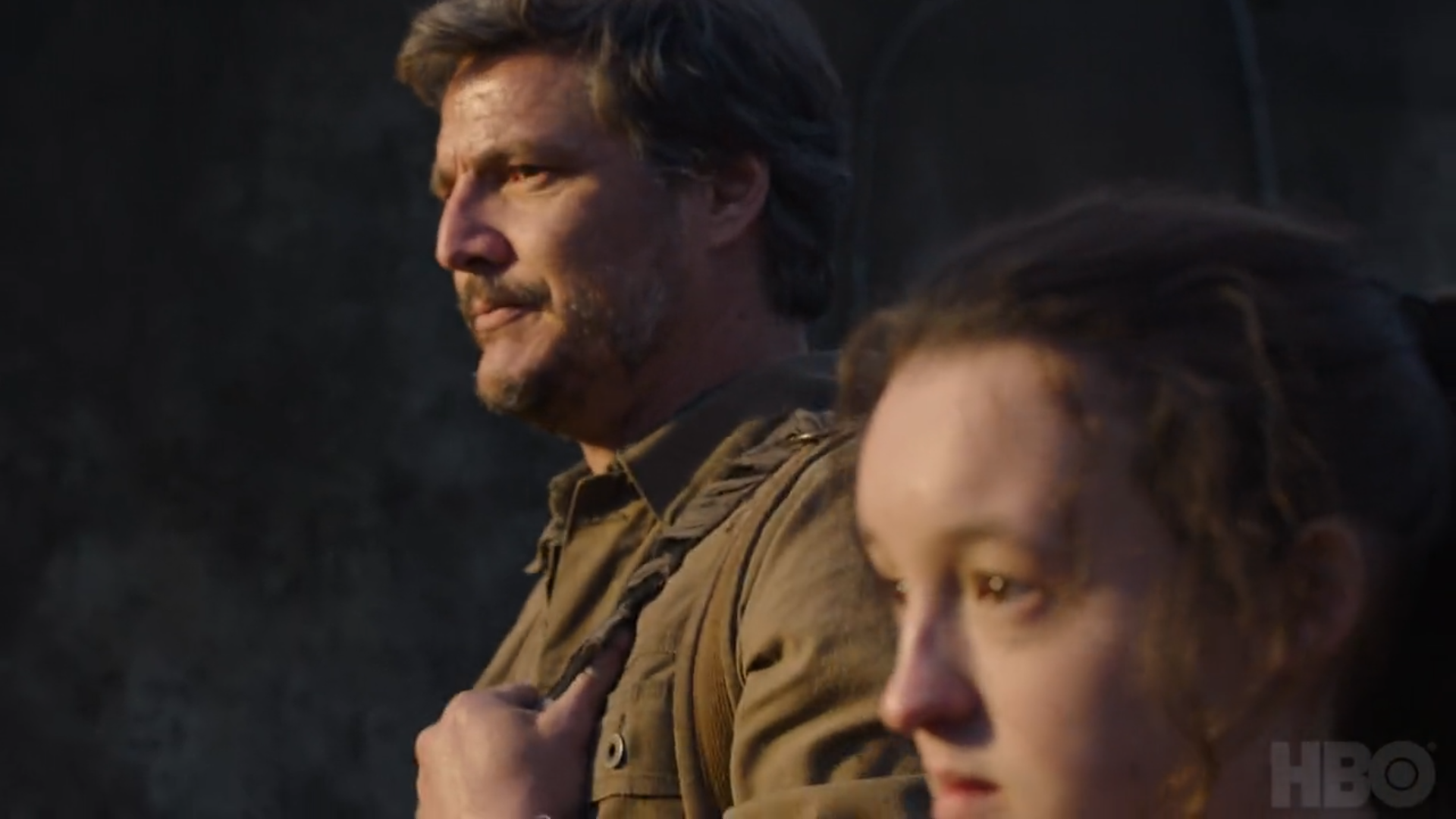 From PlayStation to the Silver Screen

Coming from the minds of both The Last of Us Part 1 and Part 2‘s director, Neil Druckman, and Chernobyl‘s Craig Mazin, HBO’s Last of Us adaptation is shaping up to be one of the greatest video game adaptations ever made. And to build on that hype, it has just released a full-length trailer.

The Last of Us is often held up as one of, if not the, greatest games of all time. It is a cinematic masterpiece that pushed the bounds of storytelling in games when it was first released in 2013. And now, with its recent remaster, The Last of Us Part 1 is doing it all over again for a new generation of gamers. With almost photorealistic character models and graphics, and unbelievably smooth and detailed animation showing everything from characters’ skin stretching as they yawn to every little subtle, nuanced glanced, it’s about as close to playing through an interactive film as a player can get.

The Last of Us is a perfect tale about love and grief, and what a person would do for the ones they love when pushed to the absolute limits of their humanity. Set in a post-apocalyptic America ravaged by a mutated strain of the Cordyceps virus (and the zombie-like Infected it created), its story is dark, gritty, and raw, yet shines with the light of hope. It is a story so well told, in fact, that it has caught the attention of many non-gamers.

And this had led to the creation of HBO’s The Last of Us – a new take on the nearly decade-old tale, and one that fans both new and old are eager to explore when it finally airs next year.

But, is this new TV series going to be a shot-for-shot remake of the game, or is it going to add its own spin on the story? Judging by the first full-trailer HBO recently released, as well as past press releases, it appears to be a little of both.

Beware of spoilers as I go into details below.

Starting off with the most obvious of similarities – both the game and television series are set in the same fungus-ravaged America. As glimpsed in the new trailer, the show will start almost identically to the game with Joel and his daughter Sarah living in Texas when the outbreak begins. Those who have played the game know that things do not go well. And it appears the showrunners are sticking very closely to the source material with this part, as several glimpses can be seen of Joel carrying his daughter through flames and panicked mobs as they desperately try to flee the chaos at night.

The game then skips ahead 20 years to find Joel working as a smuggler in Boston. Whether we will see any of the awful things he supposedly got up to in those dark years remains to be seen, but the show isn’t deviating far from the game with this setting either. The Boston Quarantine Zone looks almost identical in the show as in the game, even down to the posters and Firefly graffiti on the walls.

In fact, all of Boston (even the areas far outside the Quarantine Zone) looks as if it has been lifted straight out of the game. Even down to the iconic firebombed skyscrapers, leaning against each other and holding each other up. Joel, Ellie, and Tess’s escape through the pipes and broken streets also looks remarkably similar. The game’s version of the Boston State Building, where Joel and Ellie flee with Tess, was modeled on its real-life counterpart. And now HBO’s Last of Us series has filmed the same scenes there for real. All of these places, as in the game, appear to be swarming with infected and clickers.

Locations in the HBO show start to differ when Joel and Ellie run into Bill in Lincoln. The town still seems to be boobytrapped as it is in game – with Bill finding Joel in a pit trap, rather than hanging upside down – but it appears a lot less deserted. One scene glimpsed in the trailer shows Bill watching a group of militarised FEDRA personnel driving around his town from a bank of CCTV monitors. This did not happen in the game and may have been added to give episodes set in Lincoln a little more of a human threat. In the game, Bill is the only living human left there.

It seems like other locations will start to change drastically from here, too. It is currently unknown whether Joel and Ellie will travel to Pittsburgh in the TV series, but it has been confirmed they will travel to Kansas City. This place wasn’t seen in either The Last of Us Part 1 or Part 2, so naturally, it has led to some fan speculation. Some reports seem to say that Henry and Sam (a traveling pair of brothers who met in Pittsburgh in the video game) will be met in Kansas City and will be on the run from a deadly new group of Hunters. Others believe Kansas City will only be seen in flashbacks, detailing Joel’s escapades before ending up a smuggler in Boston.

Naturally, being played by different actors, with differing ideas and takes on a character’s personality and motivations, means every character in the show is going to look, sound, and behave differently from the stellar performances seen in the game. But, that being said, every actor chosen and revealed so far seems like a perfect fit for their character.

From what we have seen so far, Pedro Pascal (known for The Mandalorian, among other great roles) brings both Joel’s quiet and passionate side, as well as his gruff and violent tendencies. Costume-wise, a lot of effort seems to have been put in to match Joel’s wardrobe from the game. His flannel shirts and heavy coats match well with his digital counterpart, but it’s his watch that looks as though it could have been lifted directly from the game. Every detail is perfect, right down to the crack in the face, and it’s great to see such a character-defining feature treated with such care.

Similarly, Bella Ramsey (Lady Lyanna Mormont in Game of Thrones, among others) seems like the perfect casting for Ellie. The trailer shows glimpses of some of the more harrowing and emotional scenes from the game, and Bella’s performance certainly appears to be on par with original game actress Ashley Johnson’s. Again, Ellie’s clothing seems to have been copied directly from the game, too, with her winter coat combo looking almost identical. Flashbacks to her time in the abandoned shopping mall with Riley (playable in the Last of Us Part 1 DLC Left Behind) also appear quite prominently in the trailer, promising to elicit both joy and heartbreak all over again for a new audience.

As with Joel and Ellie, Tess and Bill’s actors certainly look similar to their digital counterparts. Tess is being played by Anna Torv (best known for Fringe) and appears to follow a similar role as in the game. She and Joel are fellow smugglers in the Boston Quarantine Zone, doing whatever they can to survive. The trailer does tease a slight divergence from her original story, however. (Spoiler Warning) In the game, Tess dies during a shootout in the State Building after finding out she has been bitten and uses herself as a distraction to allow Joel and Ellie time to slip away. In the show, it looks like she might still sacrifice herself here, but by setting the place (and herself) on fire to slow down a horde of infected. This is, of course, only speculation at the moment.

Bill is played by Nick Offerman (Parks and Rec) and appears to be styled directly after his in-game counterpart, right down to the long greasy hair and dusty jacket. As mentioned previously, Joel and Ellie appear to find him in Lincoln, as they do in the game, after accidentally falling into one of his traps. He seems to be more technically-minded in the HBO show, however, having set up a system of CCTV cameras to watch the comings and goings of survivors and FEDRA personnel about his town.

Neither of these brothers appeared in the recent trailer, but behind-the-scenes photos have shown them in action and press releases have given a little more insight into what viewers can expect. Henry is being played by Lamar Johnson (The Next Step), and Sam by Keivonn Woodard (Fractal and Seeds of Hope). In HBO’s adaptation, it appears they might meet Joel and Ellie in Kansas City, rather than Pittsburgh, though they will still be trying to hide from a group of bloodthirsty Hunters.

The only actor to reprise her role from the game, Merle Dandridge (Greenleaf) will also be playing Marlene in HBO’s adaptation. From what little we see of her in the trailer, it seems she is bringing exactly the same performance to the silver screen. We catch a glimpse of her meeting Joel and Tess in the alley, a scene which appears to be almost a shot-for-shot remake of the scene in-game.

Three new characters have been announced so far: Kathleen, Marlon, and Florence. The show’s creators have previously stated that parts of the show will deviate greatly from what fans already know and love, but have promised that these deviations serve to expand the story and fill in details of the world. And it looks like these new characters are our first glimpse into how they will be altering The Last of Us’s groundbreaking story.

Kathleen will be portrayed by Melanie Lynskey (Yellowjackets), and is said to be a “ruthless leader of a revolutionary movement in Kansas City”. Kathleen is only briefly seen in the trailers as she appears walking through a crowd of potential Hunters. Could she be the series villain, sending groups to track Joel and Ellie down as they travel across the country? Or is she a smaller threat, created to humanize the otherwise faceless enemies? Thankfully we shouldn’t have too much longer to wait to find out.

Even less is currently known about Marlon (Graham Greene – Dances With Wolves) and Florence (Elaine Miles – Northern Exposure), other than they are a “married couple surviving alone in the wilderness of post-apocalyptic Wyoming”. Like Kansas City, Wyoming is absent from The Last of Us Part 1, so again, it is possible these characters and setting will form part of Joel’s backstory. Either that or Joel and Ellie’s journey across America will be expanded with new locations in order to extend the runtime.

Not much needs to be said here, other than the Clickers look just as spine-tinglingly terrifying as they did in the game. The make-up and special effects departments have done a terrific job!

So, from what we have seen so far, HBO’s The Last of Us appears to be a very faithful adaptation of the beloved game. With only a few deviations or additions made to flesh out the story, reinsert cut ideas, and make the changes necessary to convert a playable experience to a passive one.

HBO’s The Last of Us will air sometime in 2023, and I for one cannot wait to see more!