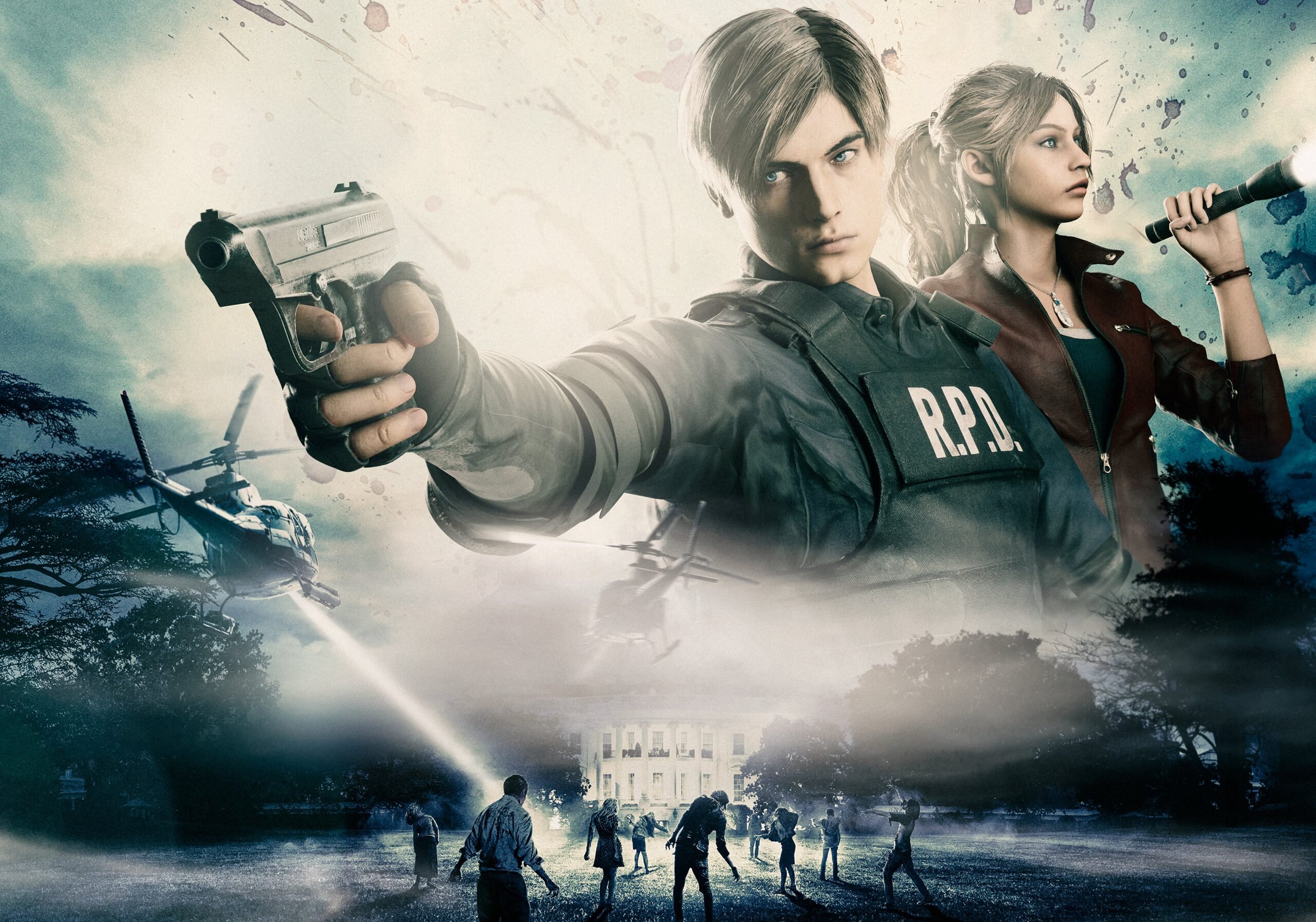 MarcosRC is a modder and 3D artist I’ve spoken about a few times on the blog here as his work never ceases to impress me. This time around, the artist has recreated the recently released poster for the upcoming Resident Evil Netflix anime series, Resident Evil: Infinite Darkness. This time around, MarcosRC replaced the Leon Kennedy and Claire Redfield character models from the animated show with the one from the incredible Resident Evil 2 remake and the result is so seamless that you would be forgiven for thinking this fan-made version is the real deal.

As you can see from this comparison, the poster has been incredibly well recreated. I had a quick chat with MarcosRC on Twitter to see how he went about creating this edit. Using the character models from Deviantart user Sticklove, (I’ll link both the Leon and Claire 3D models from Stickloves account here) he used Blender 3D and Photoshop alongside some free PNG assets to make the poster. He then made a few changes here and there to make sure that his renders of Leon and Claire fit into the original poster background and there you have it. One awesomely fan-made poster recreation. I like this idea of the remake character models being used, seeing as the voice actors for Leon and Claire in the game-Nick Apostolides and Stephanie Panisello- are returning to voice the characters in the show.