Editor’s note: This article was originally published on March 11, 2018.

Have you ever taken a cold, hard look at the childhoods of female protagonists in horror games? Many of them have been orphaned or abandoned, put into a mental asylum or orphanage, or some combination of those. There is nothing wrong with creating a character with this kind of background, but it’s a commonly used trope to what I can only assume is to add a more “authentic” layer of complexity to female characters in horror games.

Do these women need to have traumatic pasts that “break” them to some extent? Can we not validate their existence in whatever hell-on-earth scenario their hero’s journey has in store for them otherwise? Or is it that game writers have been too lazy to come up with something more creative? Take Amanda Ripley from Alien: Isolation. She is a 25-year-old engineer for Weyland-Yutani—smart, talented, yet unfortunately experienced losing both her parents early in life. Her father abandoned her and her mother when she was three, and her mother disappeared when she was ten.

To compare to a well-known survival horror male protagonist, Amanda Ripley is a character who is similar to Isaac Clarke of Dead Space in terms of their career paths, but Isaac was put into an asylum in his adult life, and he wasn’t orphaned or abandoned by his parents in childhood. His dad was mostly absent, but he was away on a mission, and his mother was a constant presence throughout his life. Both are examples of using trauma to add complexity to their characters, but Amanda’s trauma started in childhood and was more severe.

She is a dhampir: a half-human, and half-vampire. Her father, a vampire, raped Rayne’s mother, eventually killing her some time after Rayne’s birth, and then abandoned Rayne, which led to her spending most of her teenage years tracking down her father to kill him with the unbridled fury that only revenge can bring. Joining the Brimstone Society was just icing on the cake.

At ten years old, she witnesses her parents’ gruesome death; they were dismembered. Fran rushes into the woods with her best feline friend, where she goes into shock and blacks out. When she wakes up, she finds herself in a mental asylum known for its cruel mistreatment of children. While there, she suffers through reoccurring, violent images of her parents’ death. She hatches a plan to escape and find her cat—her aunt, too. While Fran Bow does fall into the stereotypical trappings of traumatized young girls, the plot contains autobiographical elements from developer Natalia Figueroa’s life, and she has been quoted as saying the process of creating the game was therapeutic. The real horrors of Figueroa’s life should not be understated. At the very least, Fran Bow is a reminder that the orphaned/insane asylum trope should never be taken lightly and used with care.

Inspired by Dario Argento’s film, Phenomena, Clock Tower is yet another game that centers on an orphaned female protagonist. Jennifer finds herself alone in an old mansion after the woman who brought her there disappears, along with a few other girls from the orphanage. Her stalker for the entire game is psychotic and physically deformed 9-year-old Bobby Barrows, aka The Scissorman.

Orphaned and traumatized from the death of her parents and her sister, Alice lived in a mental hospital for some time before being discharged to an orphanage specifically for mentally traumatized children. She believes she is responsible for a fire that caused her parents’ death, and received hypnotherapy to help her forget what happened. However, this inadvertently leads to hallucinations of Wonderland, which serves both as an escape and a means to discover the truth about what happened on the night of the fire.

Set in Italy during the 1940s, Renée is a teenage girl who is placed into a mental asylum by her family due to her promiscuity, depression, and a volatile relationship with her mother. There isn’t a clear mention of her father, so we can assume that Renee was fatherless in some regard. While Renée unfortunately experiences abuse at the hands of the orderlies in the asylum, it’s ultimately her mother’s abandonment that worsens the quality of her life.

During a zombie apocalypse, it’s kind of expected that many kids will lose one or both of their parents to the brain-eating undead. Clementine is no exception. Even though she’s not the protagonist of the series, she is a playable character in the second series.

Her adoptive father, Harry Mason, was initially unsure of raising Heather. He wanted to abandon her at first, since she is the reincarnation of Cheryl Mason and Alessa Gillespie, and that was too creepy for his liking. But he did the right thing and raised her, though without a mother figure in Heather’s life.

Both she and her brother, Chris, were orphaned as children when their parents died in a car accident. Presumably, Chris raised Claire by himself.

As announced in 2016, Ellie will be the playable protagonist in the sequel, which means she makes it on this list by sheer technicality, but she’s an important character to include nevertheless. Ellie is a 14-year-old orphan who was raised in a boarding school run by the military. Again,  an orphaned child is fitting for the trope of growing up during the zombie apocalypse and makes sense on a fictional level, but it’s an easy trope to execute given the subject matter.

When focusing on games in which the leading protagonist is female and is the only playable character, there seems to be a greater focus on the leading lady’s upbringing and her relationship with her parents than that of male protagonists of the same genre. I’m all for horror games that give female protagonists traumatic childhoods, but when creating the backstory for a character, it’s not as creative to fall into the ol’ “daddy issues” trope if done for the sake of making the female character edgy because “that’s what should be done in a horror game.” That is not to say there aren’t games that buck this trope, or that these female protagonists aren’t smart and capable characters, or even that we can’t love these characters—but it’s a trope that shows up more often than it should. Female characters in horror don’t need to have traumatic childhoods to match the dark, demented, and often demonic themes of horror games.

Here are a few of those games that should be recognized:

The only thing traumatic about Cassie’s life are her nightmares of a mysterious mansion. There’s nothing traumatic about her childhood that has her searching for her missing mother, seeking revenge on her father, or finding a way to escape an insane asylum. She’s a young woman on a mission to solve the meaning behind her nightmares. Also, Cassie is blind and relies heavily on echolocation to find her way around the mansion.

The game is unique in that it has three separate playable female protagonists. Utsuki and her sister are on a mission to find their father, exorcist Doman Ashiya, who has gone missing; Sakuya is a female exorcist and one of Doman’s disciples, and Abe no Seimei is a master exorcist. If it’s not obvious, Kuon deals with demons and forbidden rituals that are similar to necromancy.

The princess of Fronenberg, Allura was the only daughter and child of King Olaf and Queen Evelyn. Unfortunately, her mother passed away at some point in her childhood, leaving both Allura and King Olaf incredibly distraught, but Olaf eventually remarried to a woman named Catalina, whom Allura hated. What makes Allura’s journey as a protagonist unique in this game is that she was framed for her father’s murder and was forced to flee the kingdom.

While teenage Alex is still coping with a familial death when we first meet her, it’s not that of a parent—it’s her older brother. Her brother’s death had a large part in her parent’s divorce, but her mother remarried. Not only did Alex have to adjust to living with a new father-figure in her home, but she also had to adjust to her step-brother taking over her brother’s room. When the game starts, Alex has just met her step-brother, but decides to bring him along for her and her friends’ overnight ghost adventure anyway. It’s only later on in the game that we find out exactly how heartbreaking it was for Alex to lose her brother.

When writing horror and creating the protagonists, I’ll refer to something Tim Waggoner said at my recent trip to StokerCon: when something is no longer unknown, it’s no longer scary. Abusive orderlies at orphanages and asylums, dead parents, dead-beat dads—they’re horrific, and it’s no wonder they are well-used tropes in horror games, but not every female protagonist needs to have a traumatic past, and giving them one does not automatically make them an interesting character. So, take that trope and reverse it, or do something else with it. Female protagonists don’t need to be “broken” to experience horror in their lives. 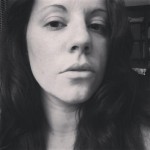