Having finally gotten around to ripping through Spider-Man over the last few weeks, it was a pleasant surprise to find the second DLC arriving just in time. However, after the superb first episode that was The Heist, Turf Wars pales mightily in comparison.

While The Heist focused a on much-loved character in Felicia Hardy/Black Cat, Turf Wars trades down for a more cartoonish villain in favor of Hammerhead. Basically a gruff, old-timey mobster with a steel plate in his head, Hammerhead would be the worst villain in the entire roster of Insomniac’s fantastic universe if it weren’t for the patently annoying Screwball. 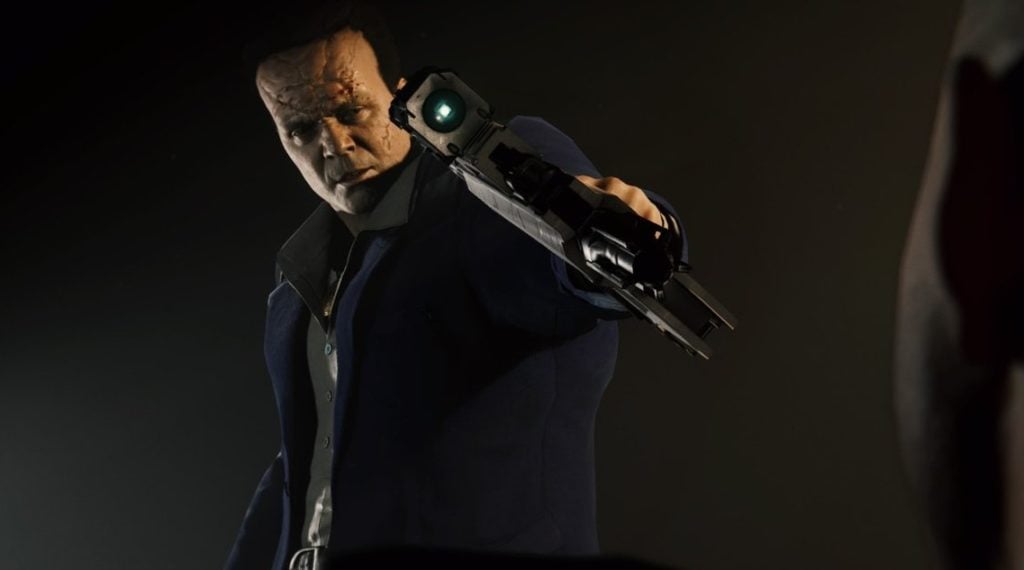 On that note, Screwball does indeed return here, as she did in The Heist, but damn if Turf Wars doesn’t have the gall to actually make you think she is finally gonna go away this time around. Alas, this is a fake-out, and presumably, this personification of every irritating YouTuber and Twitch streamer will be around to annoy us a third time in the final piece of Spider-Man: The City that Never Sleeps. But hey, a Poochie-like scroll finishing her off between episodes would be fine by me.

Look, nobody wants to be the J. Jonah Jameson in this situation, taking the piss out of a fantastic game like Spider-Man, but Turf Wars just doesn’t have a lot to offer in terms of new and compelling reasons to go swinging around New York again. At its best, this episode offers some solid combat and a very real challenge in the campaign and side missions, but at its worst, there isn’t really anything to get excited about — and it even performs a brutal character assassination on one of Spider-Man‘s best cast members. 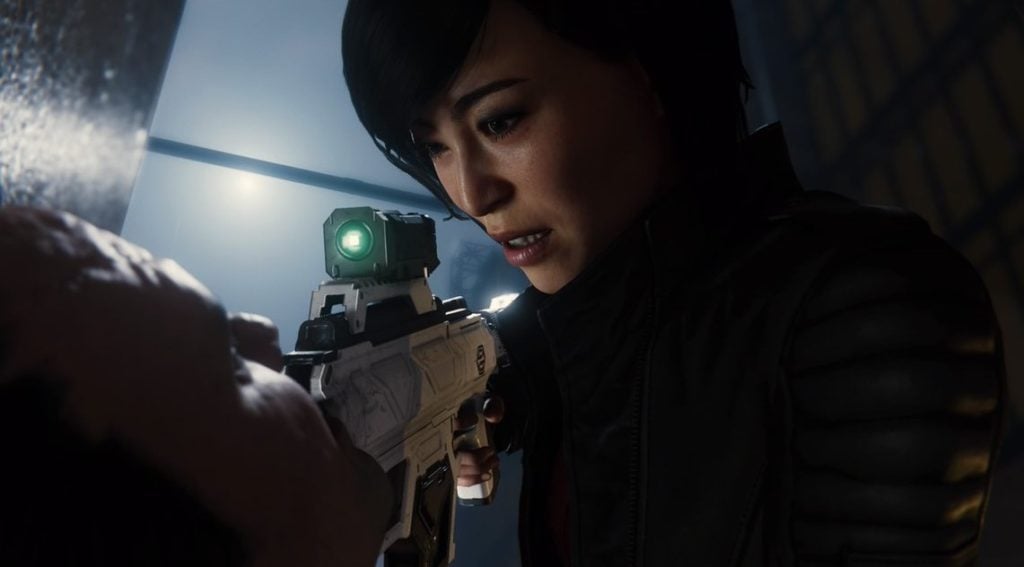 Yuri Watanabe is a smart, level-headed, and competent foil to Spider-Man in the base game. She is cool-headed and spring-heeled, an excellent ally and a good, honest cop. Turf Wars throws that out the window almost immediately as a police raid goes haywire, sending Yuri on the warpath. Suddenly, she loses all of her scruples as if she never had them to begin with, and her near-villainous transformation does not feel earned.

Adding insult to injury, Turf Wars doesn’t even resolve the major cliffhanger that the first episode ended on, instead shoving it onto the back burner during Yuri’s opening monologue. In fact, Spider-Man himself doesn’t even waste a second — in-game or otherwise — concerning himself with Felicia Hardy’s whereabouts or well-being. Again, this feels like a betrayal of the character, if not a complete oversight. 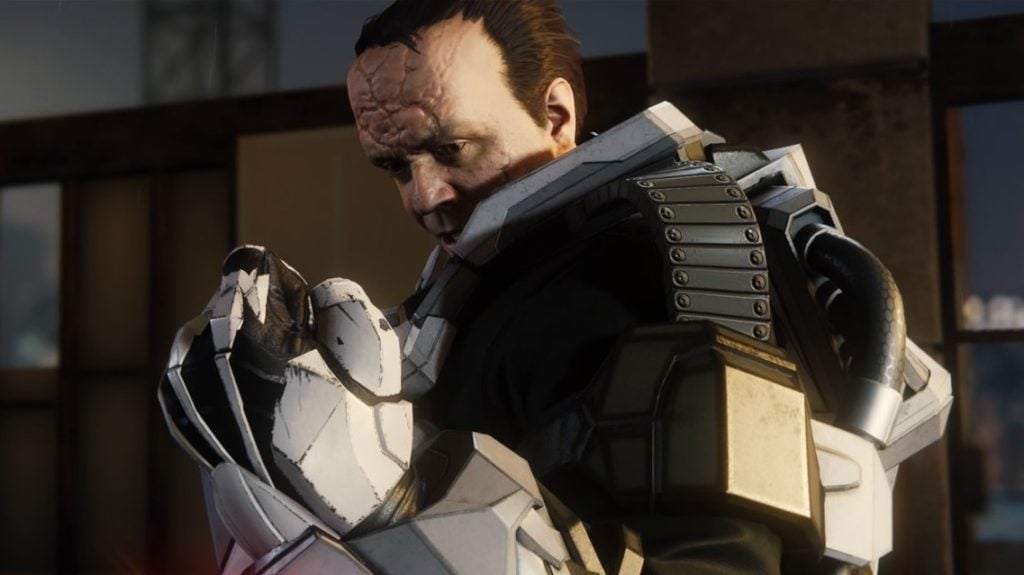 Some of the toughest challenges in Turf Wars are offered by the new onslaught of Sable tech that Hammerhead and co. have procured.

While the overall slant of this review may come across as negative, this is not to suggest that Turf Wars is outright bad — just that it fails miserably to live up to the quality of storytelling and variety of gameplay present up until now. There are bright spots — like a spider-bot infiltration of the Bar With No Name, and some pretty solid stealth sections — but aside from a few new Spider-Man suits, there isn’t a hell of a lot to be enamored with here.

Outside of the mediocre campaign, the other additions include twenty more crimes to stop, five more bases to shut down, and five more Screwball challenges. This DLC is like day-old donuts: I’m still gonna eat ’em, but don’t think I don’t notice that staleness collecting around the delectable frosting.

With that said, Spider-Man does have one more piece of upcoming DLC in the pipeline. Let’s hope The City That Never Sleeps gives us more of a reason to get out of bed next time.