There are no games in the Fighting genre like Soulcalibur. For the longest time, the series remained a nostalgic throwback, never quite living up to the precedent set by its early releases. Year after year fans have had their hopes rekindled only to be subsequently dashed. “Not as good as Soulcalibur II,” said some fans. “I don’t like where the series is headed,” was common to hear amongst others. Luckily, Soulcalibur 6 changes all that with a worthy entry into the unique weapons-based franchise. Not without its share of hiccups, Soulcalibur VI successfully turns the clock back to the series’ glory days.

Beginning with a new timeline of events, this revamp brings back all the essentials and fan favorites throughout Soulcalibur’s history. The game offers two ways to explore this new mythos, Libra of Soul and Soul Chronicle. In the coming days before 6’s release, the developers made a point to advertise this game’s emphasis on story. The results are a mixed bag of history defining moments and missed opportunities. 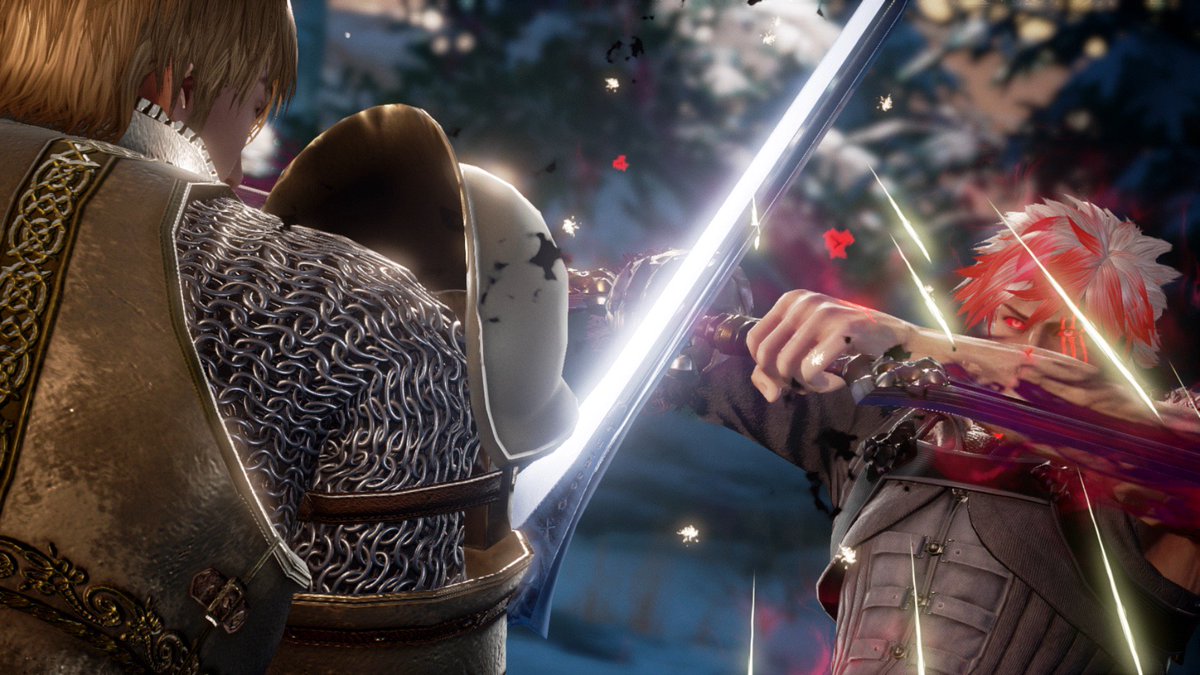 The biggest let down being Libra of Soul. In Libra the player creates a character who has his/her own significant journey apart from the main cast. The create-a-character interacts with some mainstays but aside from Groh and a few in-game cutscenes there isn’t much that is particularly memorable. Those scarce cutscenes and important moments do have their impact, but with a hollow create-a-character taking center stage the whole thing has a rudimentary feel. Fighting games thrive on their characters, to give this much attention to a nobody in the grand scheme of things was a poor use of resources. The mode itself isn’t terrible with a RPG rooted adventure full of side missions and leveling up, unfortunately, coupled with a simple text and art style that makes it feel cheap. In the end, Libra of Soul might’ve been better suited as a side distraction, not one of the main story modes.

On the other hand, Soul Chronicle does its job relatively well. A light novel style with voice acting adds production value and having the focus put on actual Soulcalibur characters makes it a joy to play through. Everyone has their own storyline to follow all of which culminate into one large timeline with some impressive detail. Although certain character’s connection to Soul Edge and Soul Calibur is a bit loose, which may upset those character’s fans who wanted their favorites to have more impact on the story, it’s enjoyable nonetheless. The lack of character interaction does begin to stick out when most of the campaigns don’t really include other mainstays to bounce off, however, the high points of the stories more than make up for it.

Bandai Namco has nailed gameplay, no complaints to be had. Movement speed feels great and allows players to take full advantage of the 8-way run mechanic. There’s enough depth to allow for practice to pay off while also balancing simplicity that allows for picking up a random character to try out for a skirmish. Every character has 8-way run techniques, some special moves are tied to the same button inputs, and of course the Soul Charge and Critical Edge allows players to approach different characters with some familiarity. The Reversal Edge opens a new avenue of strategy that can lead to some flashy mid-game moments. Its ability to parry can’t be used as a crutch as there are risks involved, gladly making it another weapon in one’s repertoire but not something matches will revolve around.

The same can be said for Soul Charge which gives characters access to moves only available during use. That, and the Critical Edge are tied to meter which adds another layer of strategy with a power-up on one hand and a spectacular finisher on the other. And the matches can get quite spectacular when players get in the zone and use everything at their disposal.

Combat is Visually engaging in almost every movement

One can easily find themselves losing hours playing with the character creator. First introduced in Soulcalibur III, this is the most robust incarnation of it yet. Players can share their characters online for others to use or customize existing characters for an “alternate costume” feel. The Soulcalibur community has already created many impressive characters that are either unique or emulate pop-culture in ways that will surprise anyone. It’s been a pillar of Soulcalibur since 3 and it adds a wonderful reason to keep coming back to 6.

Beyond that, competitive online matches are where fans can really test their skills with their favorite characters. Although the inclusion of create-a-characters in online has created an odd situation where certain move sets become obsolete to the uniquely made characters. A move that might typically hit a character will instead miss their target due to alterations in size. Fine for casual players, but those who want to sharpen their skills and get used to certain styles of play might find this frustrating. 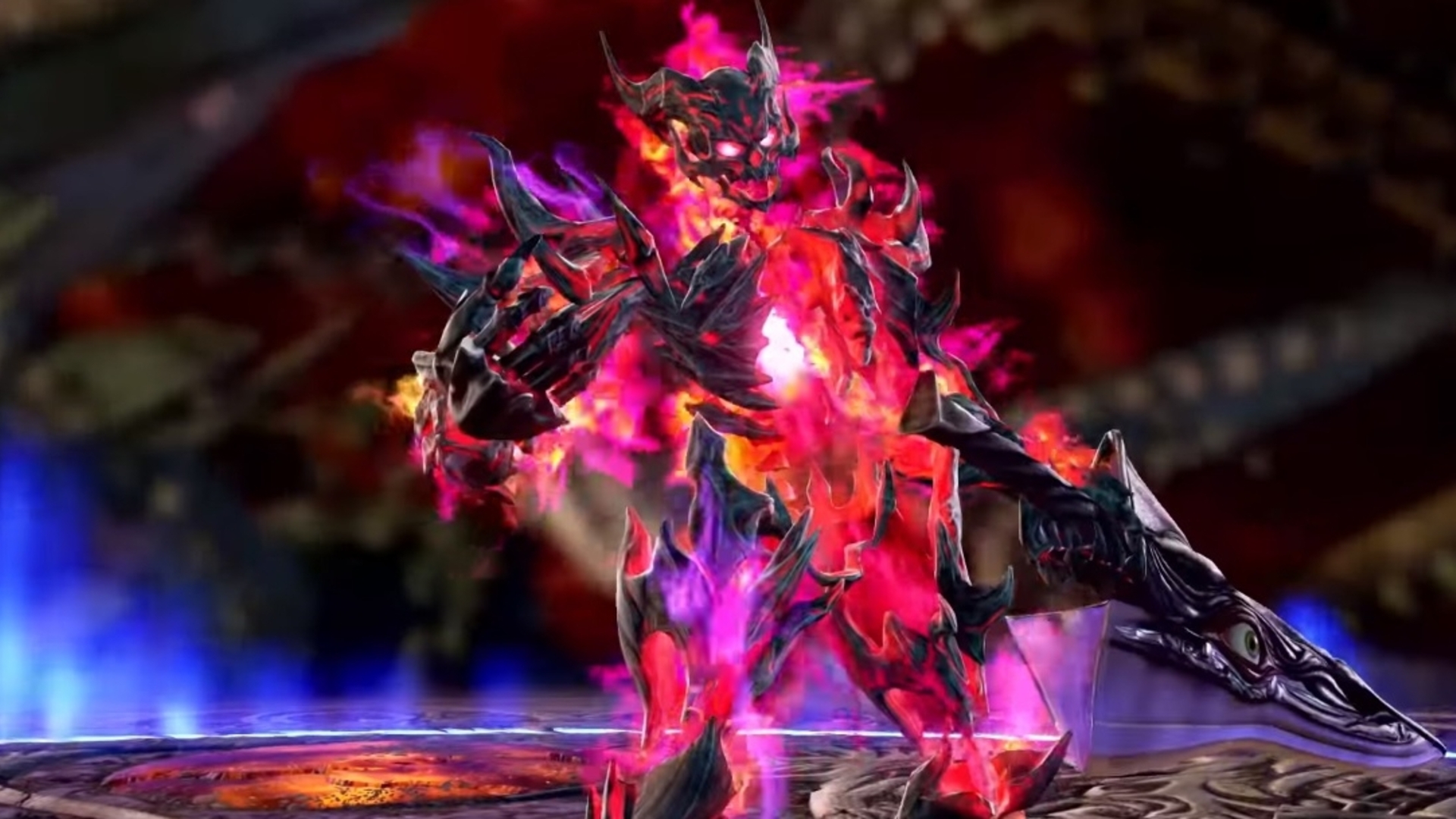 Somehow Soulcalibur IV makes arcade mode feel thrown in. Pick a character and fight 8 opponents, only, this version of arcade is missing a true boss character to end the run in a satisfying way. Missing details like this are unwarranted; when booting up the game there is no opening movie to get people in the mood. Soulcalibur has always had epic openings, when they had a chance to celebrate this return to form and the franchise’s history Bandai Namco surprisingly opted out of creating another memorable opening movie.