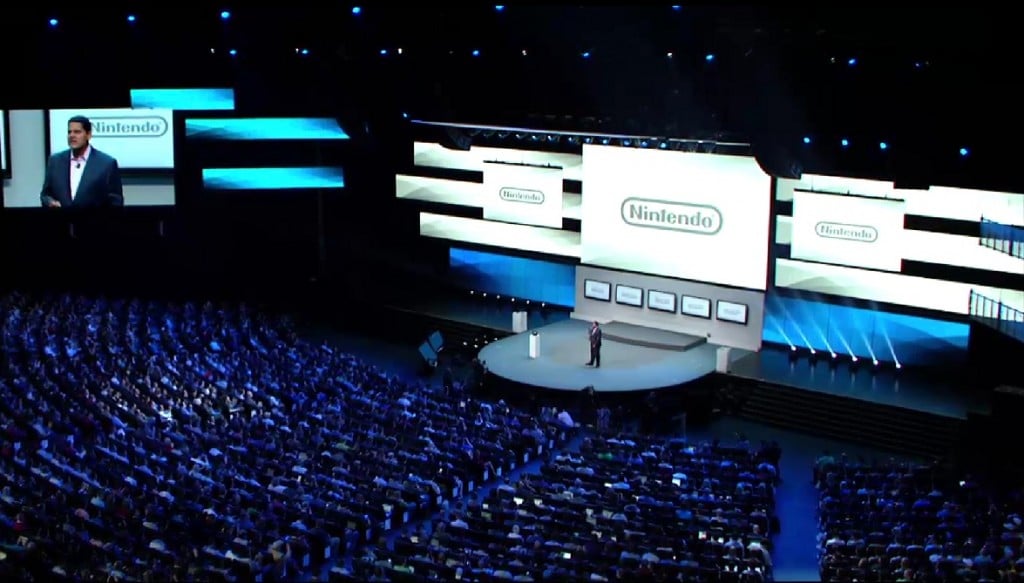 E3 is seen as the biggest event in gaming, drawing tens of thousands of journalists and industry folk and generating billions of media impressions around the world. It is a mandatory event for anyone affiliated with the video game industry and the best place to generate buzz for new products. But things are changing and E3 is slowly losing its edge.

The game industry’s annual gala trade show in Los Angeles is only a few months away and several major exhibitors have, one by one, dropped out. Electronic Arts said in January that it would remove its booth on the show floor of the Electronic Entertainment Expo. The game industry’s biggest trade show in the U.S. is no longer a priority for them. Instead of sharing the pre-E3 Monday slot with Microsoft, Sony, and Ubisoft (as it has done in recent years), EA will hold a special one-night event on Sunday, June 12, at London’s The Mermaid Theatre. Later Activision Blizzard, the biggest U.S. game publisher, announced it would also not have a booth on the show floor this year, instead relying on console partners to showcase Call of Duty and its other titles. And now we’ve learned that both Wargaming and Disney Interactive are also abandoning their booths at E3.

In a statement to VentureBeat, a Wargaming representative said “From a company perspective, we’re focusing a large majority of activities on events focused on our players and community. Whether it’s a small group of players or hundreds at one of our player gatherings, they’re our main priority. From a strictly business perspective, E3 just doesn’t fit our current direction. It’s a show that is very centralized on retail product, and as a free-to-play digital download gaming company, we’ve realized that while the show may be a good fit for lots of other publishers and developers, it’s currently not a great fit for us.”

EA is hosting an event called EA Play right next door to E3 in the Nokia Theater, and now Disney says it plans to do something similar. It’s a new direction for both companies and something Nintendo already experimented with last year when they held The Nintendo World Championships, an event that kicked off Nintendo’s week-long activities. It was a major success and a great way for Nintendo to show off the beauty and wonder of Super Mario Maker to fans from around the world who watched the event comfortably online.

Obviously, all of these companies have a raison-d’etre to drop out of the event this year, and truth be told, they might not have enough new products to justify such an expensive undertaking. But what about Nintendo? In 2013, some would argue that Nintendo was ahead of the curve when they surprised fans and cynics announcing a new strategy. For a decade the Big N had hosted a major press conference during E3, but in 2013, they decided to change their normal E3 plans and host a smaller, pre-recorded show instead. There was no grand display on the stage of the Nokia Theatre. The live orchestra did not return, Shigeru Miyamoto did not swing a sword and Satoru Iwata did not pull a DS out of his pocket. By eschewing the traditional E3 formula, Nintendo felt they could reach a wider audience with a visual presentation that felt both intimate and focused. With Nintendo Direct established, Nintendo was now able to deliver their message to everyone across the globe in a tightly-knit 40-minute video presentation that went off without any technical glitches, awkward moments, pauses for applause or unexpected malfunctions. The general feeling was that the digital event was a solid but safe show, but did its job well. And despite some constructive criticism, Nintendo decided to do it again in 2014 and again in 2015. The Nintendo Direct was now the new norm.

Nintendo’s absence from E3 press conferences is seen as a big mistake by many, but I would argue it’s the best option the company has. Obviously the digital event is far different than the press conferences of Sony and Microsoft. There’s no audience cheering and applauding and some would argue that a bit of the magic has disappeared. Truthfully though, Nintendo has done a pretty good job thus far with their presentations. Yes, it isn’t always a success, but so far Nintendo’s batting average is well above average. In only three years they produced one safe but smooth direct (2013), one terribly misguided presentation (2015), and one digital event that stole the show (2014) and had everyone talking months later. Nintendo hasn’t exactly been known for blazing new trails with online technology, yet when it comes to communicating with its fans Nintendo has been two steps ahead of everyone else. Nintendo is simply reading the writing on the wall. With the internet, Nintendo doesn’t really need E3.

A Nintendo Direct, packed with clever gags, catchy songs, and Nintendo executives in puppet form are, in my opinion, a great way to reach out to fans without the pressure of a live event in which anything can go horribly wrong. It’s sunny and cheerful, and Nintendo’s willingness to poke fun at itself is fun to watch. It hits all the right playful, idiosyncratic notes that makes Nintendo Nintendo, and adding an extra direct and a video game championship like Nintendo did last year is an added bonus. It also helps further spotlight the other Nintendo Directs released throughout the year, and so in a way, it’s the easiest, cheapest and best marketing tool the company has. In addition, following the Digital Event Nintendo has opened up E3 to consumers across the world through their Treehouse format, which shows a continual livestream of Nintendo’s offerings at E3. You can’t get all of this in a live, 45 minute stage presentation, not to mention a handful of trailers and fun montages of guys like Reggie Fils-Aimé and Iwata battling it out in a Super Smash hommage. The bottom line is that Nintendo’s physical presence at E3 is great for those lucky few who actually attend the event, but for everyone else it does little in the way of making us feel like we are part of the festivities. E3 is changing whether the ESA wants it to or not, and I have to wonder if there’s a good enough reason for game publishers to rush all of their announcements for the entire year into one presentation, especially if some of their software and hardware isn’t yet ready for release. Sitting at home watching the presentations from E3 is the closest most of us will ever get in participating in the events, so stage or no stage it doesn’t change anything for someone like me. If anything, Nintendo is slowly changing the business once again, for better or for worse. It’s silly that there aren’t many opportunities for console manufacturers to show off their upcoming games, and it’s frustrating when we get a handful of exciting trailers for games that are months, and sometimes, years away from release.

Nintendo is smart enough to further build their brand with a YouTube channel that allows them to advertise their products whenever and wherever they please. It’s no longer a once-a-year opportunity, and if you ask me, that is a good business model. Nintendo made a business decision in choosing a digital presentation three years ago and ultimately it is probably the right one for the company. It’s not clear yet if Nintendo will take the stage in 2016 or continue the recent digital trend, but if they opt in favor of a Direct, Nintendo will no doubt have its least expensive E3 in years. Internet streaming services have made it easier to make these conferences available for mass consumption, but eventually events like E3 will become a thing of the past. The current trend of publishers dropping out indicates that the industry’s biggest names don’t necessarily rely on the show to the extent that they once did. It’s no longer about the spectacle but about finding the best way to show off your games to everyone around the world. As Wired put it best, E3 is a trade show, at which makers of packaged goods try to convince wholesalers and retailers to buy large quantities of their forthcoming products. It is about moving retail product. Nintendo Directs are about reaching fans directly. So should Nintendo drop out of E3? The answer is no, at least not yet, but what I don’t understand is why they can’t do both. Why not stream your digital event the Friday night prior to E3, at a time when most people are not at work or in school and can watch the digital presentation live? Holding the digital event the Friday evening prior would only further build anticipation and buzz for a stage presentation Tuesday morning. I don’t work at E3 and I don’t work at Nintendo so I’m not sure what this would mean in terms of costs, but there’s no such thing as bad publicity, and there’s no such thing as too much publicity. In other words, Nintendo should keep doing a digital event, but keep their options open to also include a stage presentation when needed. And if Nintendo does plan on unveiling their next console, codenamed the NX later this summer, why not do both?