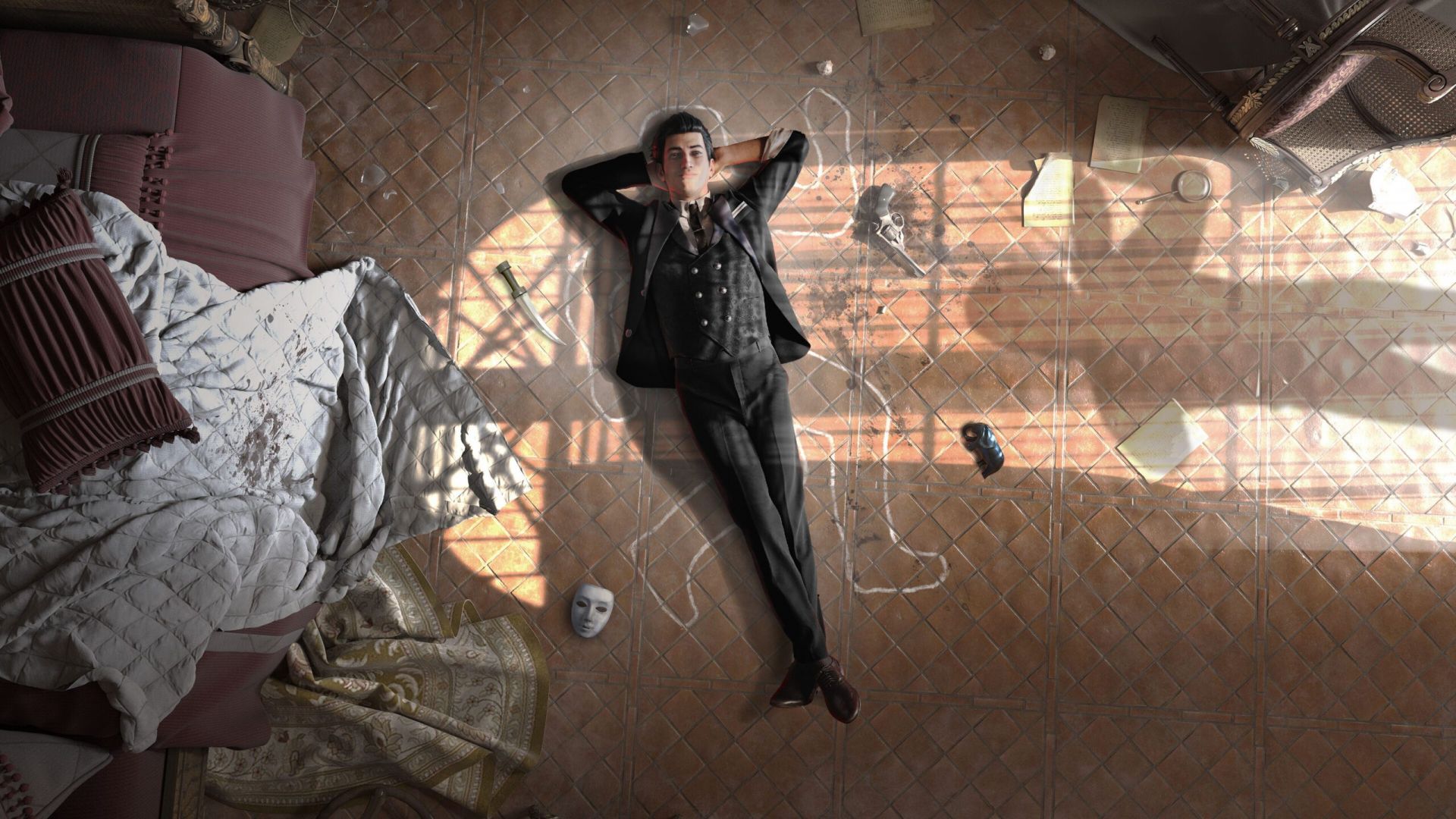 For over a decade, Frogwares has been the leading developer for nearly all of Sherlock Holmes’ licensed video games. As the Ukrainian studio has bounced around their unrestricted history of Scotland Yard’s renowned consultant detective, it was only a matter of time before the developers chose to tackle the origin story of Holmes and his family legacy. Sherlock Holmes Chapter One is a resurgence and curse of a detective game that is out to test players on their cognitive abilities. It is a title like no other that can suffer from a handholding-free gameplay structure that will either be the player’s downfall or their incentive into the English sleuth’s latest exhibition.

A New Breed of Brilliance

Taking place during the late 1800s, a young Sherlock Holmes heads to his childhood home on the Mediterranean island of Cordona to uncover a case surrounding his mother’s death. Without any spoilers whatsoever — after all, this is a detective game — the player’s main initiative is to unearth Sherlock’s family history, break down his own psychological trauma, and keep Cordona safe from the unlawful. With the police heavily understaffed and the island under the influence of rogue bandits and rampant crime, Sherlock will have to solve every local case with his best friend Jon (not John Watson, but someone I will refrain from providing details about for the reader’s enjoyment) and his wits.

Sherlock Holmes Chapter One is all narrative and situational driven as it constantly whips its running horse to the end of a larger storyline. It never pulls from Sir Arthur Conan Doyle’s original stories as it chases its own beat, but it certainly does draw inspiration from some of the detective’s most popular adaptations. While the game’s voicework overall is nothing too noteworthy, the newest Sherlock Holmes voice actor, Alex Jordan, does a great job of conveying what the developers are trying to accomplish. Unlike the majority of recent interpretations of the character, Chapter One’s iteration of Sherlock takes a less scruffy view on the character in favor of a crime-solver who is sympathetic like Conan Doyle’s vision. He is never rude or narcissistic, but he does have a personal struggle with the past that interferes with his work as he manages two cases at once while also demonstrating a rather cocky attitude.

Aside from Sherlock Holmes himself, Chapter One does not exactly provide any other hard-hitting characters with emotional stories. However, in the narrative’s context, that’s okay. The heart and soul of the game’s story is the origin of its titular lead, and both Sherlock and Jon are always keeping players engrossed in their journey of self-acceptance. Chapter One does a good job bouncing between different characters per case, but they are never individuals that players were designed to fall in love with. It is a shame that Sherlock never has a real cast of companions, enemies, or allies to bounce off of, but again, the proper storytelling focus combats this. Above all of its characters though, Sherlock Holmes Chapter One is rightfully most concerned with its gameplay.

Even when accounting for how visually clean the atmospheres look and the amount of dialogue put into the adventure, it is no surprise that the developer’s effort mostly went into creating complex cases with stimulating gameplay.

Sherlock Holmes Chapter One‘s set of cases all abide by a similar gameplay formula. Players will enter a crime scene, carefully gather evidence, and speak with victims or suspects. After completing the first steps of the investigation, the player is tasked with merely pursuing their lead. Whether the player will have to ask individuals for more information, infiltrate locations of interest for more data, or collect evidence by looking into archived history is what they have to figure out. Icons generally indicate what players are supposed to search for, but specifics are never thrown around. Sherlock’s casebook riddled with observations is all players have to follow.

Sherlock Holmes Chapter One is (no joke intended) a game of shadows. The player has to really think of solutions with the breadcrumbs they are given and pursue them. There is no way to reach the end goal at a rapid pace. Each case is shrouded with depth as there are particular solutions the player must either put together or discover themselves to move their investigation forward. On top of the addition of a mind palace to piece together evidence, unique clothing to buy for creating disguises, and the ability to interrogate others, Chapter One vicariously pieces itself together into one massive hunt for the truth. It is always satisfying to point the right finger at a culprit after finding every ounce of confirmation that they committed a crime.

At the end of each case, the player must choose who they believe is guilty and what punishment the culprit should endure. This mechanic is fascinating in regards to player context, but it does not always show its consequences well in-game. While choosing the correct ending is immensely satisfying, the opposite side of the spectrum does not feel all that punishing. When the player allows the true culprit to walk free, the consequences taken for making false assumptions do not feel impactful. There is no visual indication or penalization to endure for making the wrong calls — all the player gets is a lesson to do better from Jon as he will occasionally torment Sherlock by calling out his mistake in his diary.

While I found its gameplay to be thrilling, the amount of help and directory the player receives in-game is either going to be Sherlock Holmes Chapter One’s rise or downfall.

The most frustrating — or arguably, thrilling–aspect of Sherlock Holmes Chapter One is that the game never gives players a push in the right direction. Again, no matter what difficulty you are on, finding evidence is reliant on the player’s ability to think. A good detective game should never throw its answers in front of the audience’s face, but they also need to provide proper clues and signs. Chapter One provides enough evidence to complete each case without a guide, but there are instances where the player will go “how was I supposed to think of that?” in some of the tougher situations. Most of the nonsensical discoveries will often have to do with pinning the right evidence to the hub or needing to visit a location far from the crime scene. Even for some of the most skilled players, there are unquestionably instances throughout the game where the developers could have provided more clues to solve the case at hand.

Outside of all the puzzle-solving, there occasionally is some combat to engage with. Fighting appears far and few, but in the context of the story and gameplay focus that feels warranted. The combat of Chapter One mixes close quarters and shooting together for something that is simple but does the job when needed. Sherlock Holmes is far from being a killer so it makes sense that he would never directly attempt to injure someone or take their life. Surprisingly for a game that barely utilizes fighting, the combat controls are rather solid, and aiming with a pistol is remarkably fluid. How the player takes down enemies can at times be rather clumsy, but these sections overall are a breath of fresh air from the onslaught of investigations the audience will partake in.

It should be noted but also expected that Sherlock Holmes Chapter One can have some rather apparent jitteriness at times. Frogwares’ Sherlock Holmes games have always been notoriously known for having technical issues in the past in terms of framerate. Even if it is better than prior entries, Chapter One is no exception from this grouping. While the problems here are far from being game-breaking or even disturbing, the framerates drops are stuttering are noticeable when the game is attempting to process too much within Cordona’s streets.

The Game is Undoubtedly On

Sherlock Holmes Chapter One truly is a fascinating case within itself — one that manages to tread a fine line between being consistently satisfying and infuriating for different audiences no matter if you are an avid detective game fan or a Holmes enthusiast. Even with its onslaught of notable accessibility options, it is a game that completely banks on user preference to provide an optimal experience. On one hand, it’s the kind of detective game you would love to throw your deerstalker hat on and get sleuthing with as it constantly manages to provide an impressively gratifying feeling of accomplishment. On the other though, it will be in dire need of a user-friendliness overhaul for many as it will touch a couple nerves.

Sherlock Holmes Chapter One will not be for everyone, but it will certainlt find a dedicated audience as Frogwares closes out on yet another daring mystery adventure in their long-standing detective franchise of original Sherlock Holmes stories — in fact, it might be their best yet. Whether you need to pull out a guide every so often or are one of the few players who can crack each case with no problem, this is a title that those interested in the detective genre will admire. Sherlock Holmes Chapter One definitely will have its problems for those looking for something more accommodating, but at the end of the day, it is a brilliant title that never treats its audience like an oblivious consultant.