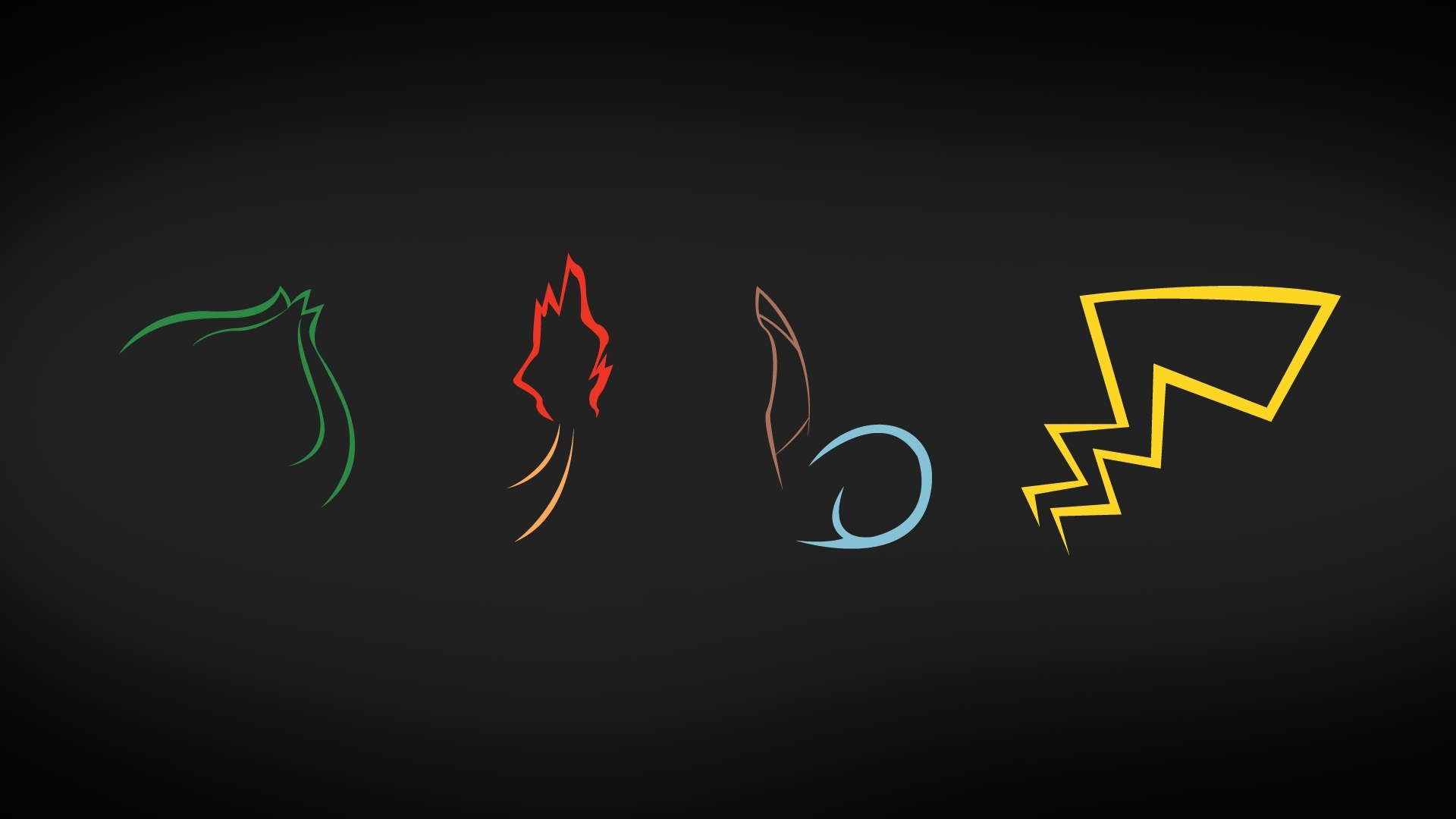 Revisiting the Gen 1 Pokémon games in the past month has been a revelation to many. While it’s true that some aspects of these classics are heavily flawed compared to their contemporaries, the Gen 1 games do not age as badly as many people think; there are simply a few elements in that no longer apply to the current generation. This is because The Pokémon Company and GameFreak have made it their mission to streamline the modern games as much as possible in order to cover as wide of an audience as they can. However, this streamlining has caused the modern games to lose some very key design decisions that make the Gen 1 games stand out.

One of the very first differences anyone will notice with the Gen 1 games are with its trainers. Trainers are not limited to the Pokémon you can encounter in the wild along a given route. For example, while you can only catch a Rattata, Pidgey, Weedle, Caterpie, and etc. before Brock’s gym, the trainer inside has Diglett and Sandshrew. You cannot catch either of those Pokémon until after Mt. Moon, and Diglett itself not until you get to Vermilion City.

This is an immediate difference and one of the big changes that makes the newer games “easier”. The trainers being limited to only the same Pokémon the player can catch really restricts their team, weakening them in the process. However, not only are trainers limited in their usable Pokémon, but they are also constrained in their roster size. The Gen 1 trainers all have variable roster sizes; some can have four Pokémon while others can have two or even three in the same area. In the modern games the roster sizes are not nearly as variable, and this is only compounded by the restrictions to what Pokémon they can have in their team.

Additionally, trainers in Gen 1 are actually hidden sometimes. You are not meant to fight every single bug catcher or gambler in your first playthrough. While it is possible for you to do so, it’s not intended. This scales the difficulty in a way that makes the Gen 1 games actually tougher, though it doesn’t make up for the poor/random AI.

Still, the hidden trainers make for a very interesting aspect to the game; who doesn’t want to fight every trainer and level up as much as possible before the toughest gyms in the game? If you do try to do this you might find yourself actually almost losing all your Pokémon in a given area, however, as the game was designed around you possibly skipping a few trainers; that’s why spinners (a trainer who stays in place and looks around in more than one direction) were created. This also adds another layer of challenge on subsequent replays, and skippable trainers are definitely something the modern games lack.

One last aspect related to trainers are the Gym Leaders themselves. In the modern games the roster sizes are intentionally smaller; Gym Leaders rarely, if ever, have more than three Pokémon. In the Gen 1 games gyms 4-8 at minimum have four Pokémon or more. This is another aspect of these games that makes them more challenging, or at least seem more challenging, than the modern games.

Trainers, of course, are not the only design decisions/choices making these games stand out. What really has become apparent with the VC re-releases is how the overworld in Gen 1 is designed. The overworld, Kanto, starts off very linear, and its first three cities and gyms play out pretty much like every Pokémon game. However, it’s when you arrive to Lavender Town things change immensely. Unlike the modern games, at this point the player can choose what they want to do. For example, the one can go to Celadon City and fight Erika (the 4th gym) first, or they can go into the Rocket Hideout, grab the Silph Scope, and then go back to Lavender Town to go into the tower and get the Poké Flute. They then could go fight Erika in Celadon or they could immediately go to Fuchsia City now that the Snorlax can be removed with the Poké Flute. But that’s not all! The player could take Cycling Road instead of going south of Lavender Town to get to Fuchsia City. It doesn’t even end there! If the player is playing Red/Blue/Yellow, there’s an exploit (not possible in FireRed/LeafGreen) with the Poké Doll that can be bought in Celadon City. It allows the player to completely skip the Rocket Hideout (and getting the Silph Scope) by using it to escape the battle with the Ghost in the tower. This means the player could do the tower as soon as they have chosen to go to Celadon City and get the Poké Flute before even doing the Rocket Hideout. Of course, they would be skipping all of the experience points from the area (as well as a key item for precious item space), but it’s an option the player has regardless.

In addition, the player could also go to Saffron City instead of Fuchsia if they wanted. All they need is one of the drinks from the top floor of the Celadon Department Store. Nothing prevents the player from going to Saffron but lack of the drink. See, the Gen 1 games have another fun quirk about them: there are no checks for anything prior to going to Victory Road. The games never make sure a player has a certain number of badges to be able to enter into another city or challenge a certain gym, save for one solid check for if the player has completed Silph Co. in order to fight Sabrina (there’s a Rocket member blocking the gym until Silph is completed). Nothing prevents the player, for example, from completing Silph Co. before the Rocket Hideout in Celadon City.

Without these checks, there is a crazy amount of freedom the player has in Gen 1. The variety of options makes replays of these games great, and also offers a challenge in that you can complete gyms 4-7 in any order you want. Don’t want to fight Erika first? Okay, go and fight Koga first instead. Want an even tougher challenge? Fight Sabrina then, but you’ll need to do Silph Co. first! Want to fight Blaine? Well, unfortunately, you’ll need Surf and you’ll also need to be able to use Surf outside of battle, so you actually have to fight Koga before Blaine. Still, it’s not the intended order and that’s what makes it so cool.

While yes, the designers likely expected players to go through the intended route on their first playthrough, it’s unlikely they expected players on subsequent playthroughs to go off the path and do many of the gyms out of order. However, looking at the remakes of the Gen 1 games (FireRed/LeafGreen), GameFreak added in new checks that prevent the player from doing gyms 4-7 out of order. Therefore, it seems they found out about it long after the games had shipped and released (or, maybe they revisited the games and noticed these same quirks).

Whatever the case may be, nothing changes the fact the Gen 1 games allows players to do many things their own way, and this is precisely the reason why these games have not aged as badly as many people think. The battle system? Sure it’s dated, but not the overworld and the amount of choices you have after Rock Tunnel. This is ultimately why the Gen 1 games will always have a reason to revisit them outside of simple nostalgia. That same kind of freedom will likely never return to the Pokémon franchise, and no one should expect it to as GameFreak/The Pokémon Company continue to streamline the series for the foreseeable future.

‘Dark Souls II: Crown of the Sunken King’ Brings Back the Pain

Not Just Daisies and Whipped Cream: Lessons the NX Can Learn from Miitomo

Passionate writer with a strong history tied to Nintendo (but nowadays not restricted to just Nintendo games). I love writing, I love games, what could be a better combination than that for someone who wants to break into journalism or writing about games? My writing won't just focus on the 'what', but the 'how' and 'why'. I constantly look at games deeper than the surface level, I actively think about their design and choices the developers made. Whether positive or negative, I will be honest. Most writing will be insightful but fun.