The eighth generation of gaming could be described as many things. It can be described as a generation filled with examples of mature storytelling, incredible visuals, and engaging gameplay. On the flipside, however, we’ve seen the increasing prevalence of full-priced releases filled to the brim with microtransactions, lootboxes and other unsavoury business practices. Somewhere in the middle of all this, we’ve seen the rise of the remake.

I’m not saying that remakes were never a thing before the current console generation, but they seem much more prominent these days. Shadow of the Colossus. Crash Bandicoot. Resident Evil 2. Final Fantasy VII. These are just a few of the full-blown remakes in our hands or looming on the horizon. And I can’t even begin to count the remasters, ports of games from the previous generation with a few graphical or quality-of-life upgrades here and there.

But a thought struck me; I won’t really be playing Resident Evil 2. Not as it was in 1998, anyway. 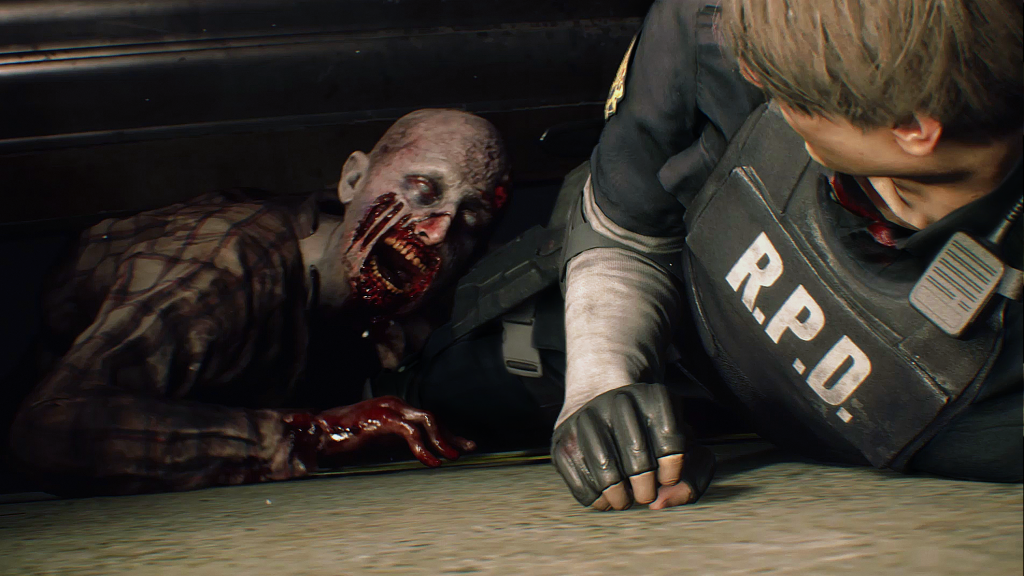 Zombies have never looked so good.

I don’t just mean that just because it looks prettier. The Resident Evil 2 remake, as revealed at Sony’s E3 conference, looks fantastic. I’d be hard-pressed to say the same for the original title, constrained by the available hardware. But the remake doesn’t have the same gameplay style as the original. The classic Resident Evil games are known for their fixed camera angles, “tank” controls, and slow, methodical pacing. This heightened the tension, allowed for preordained set-pieces and ratcheted up the tension. You wouldn’t be able to know what was around the corner or, at times, even what was in front of you. This was a deliberate design choice to make you feel more vulnerable.

Resident Evil 4 switched this up by establishing an over-the-shoulder camera style and precision gunplay. This allowed the player to feel more like a badass special agent while still retaining a sense of vulnerability, in part due to limited movement options and a sometimes overwhelming number of enemies. This camera style influenced a vast number of third-person games, the majority of which could be classified as action or shooter games. It’s sequels, 5 and 6, strayed further from the series’ horror roots and entered the territory of (mediocre) shooters. Resident Evil 7 brought the series back to horror, returning to the methodical pacing tactic of the original PlayStation titles, albeit from a first-person perspective.

So it was with mild apprehension that I noticed that RE2make uses an over-the-shoulder perspective.

I can understand why Capcom has seen fit to make this change; games using fixed camera, “tank” control gameplay haven’t really been made in the past decade and could be considered an outdated style. I’d argue, though, that it was central to what makes the classic Resident Evil titles well regarded. Again, I haven’t played Resident Evil 2, but I have played REmake, which retained almost everything from the original PlayStation game, such as camera and movement styles, but updated the graphics and (thankfully) voice-acting. It also introduced a few new elements, such as the character of Lisa Trevor, a monster who stalks you through certain areas of the game. 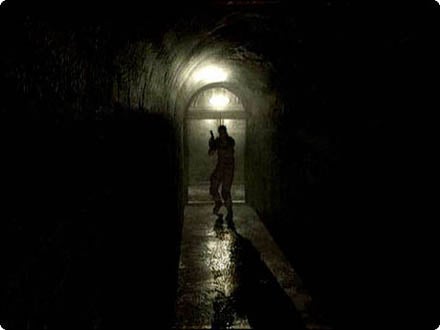 I’m still excited to play RE2make, but I’m aware that it probably won’t simply be an updated version of the seminal PlayStation classic. I’ll probably be comparing it more to Resident Evil 4 than what I know about the original game, or REmake.

However, this got me thinking; what should a remake really be?

Remakes face a catch-22 situation. On the one hand, they should respect the intent of their source material, but on the other, they should also account for contemporary options that might not have been possible when the original game was released.

Our own Maxwell N argued against cosmetic remakes in 2017, in reference to the Crash Bandicoot N. Sane Trilogy. And while I don’t agree that video game remakes are a form of revisionism, especially in cases when the original titles are still available on various platforms, he might make a few good points here and there. In updating a game with modern niceties, its possible to lose what made the original so iconic. For instance, the recent Shadow of the Colossus remake is a beautiful, vibrant game. In the modernization of its graphics, however, it feels like some of the magic was lost. The PS2 game felt, in places, deliberately abstracted and low fidelity; on the PS4, everything is near-photorealistic. It’s still a wonderful experience, but the aesthetic has been changed.

Perhaps remakes should strive to recreate the exact tone, look and sound of their original release. However, I think that some remakes have a duty to improve upon and fix the failings of their source material.

Dark Souls. One of the best games ever made. One of my personal favorites. I’ve sunk hundreds of hours into this game, and probably a thousand or two into the series as a whole. Still, even masterpieces can have a couple of issues. Issues that sadly weren’t addressed in its most recent incarnation.

Dark Souls Remastered released a few weeks ago. I managed to resist its pull for about a week, before dropping everything else I was doing and hopping aboard the hype train, if only to enjoy an active multiplayer scene. I enjoyed my time immensely, but, honestly, I expected more than a few graphical tweaks, quality-of-life improvements and an extra bonfire.

My main source of disappointment comes from the absence of improvement in the Demon Ruins and Lost Izalith. In a 2015 interview with Game Informer, series creator Hidetaka Miyazaki stated his least favourite area in any Souls game was Lost Izalith. “There was a different person assigned to this area, and although I was involved, I didn’t want to pose very many negative comments for his sake. It can be a learning experience for us all.” 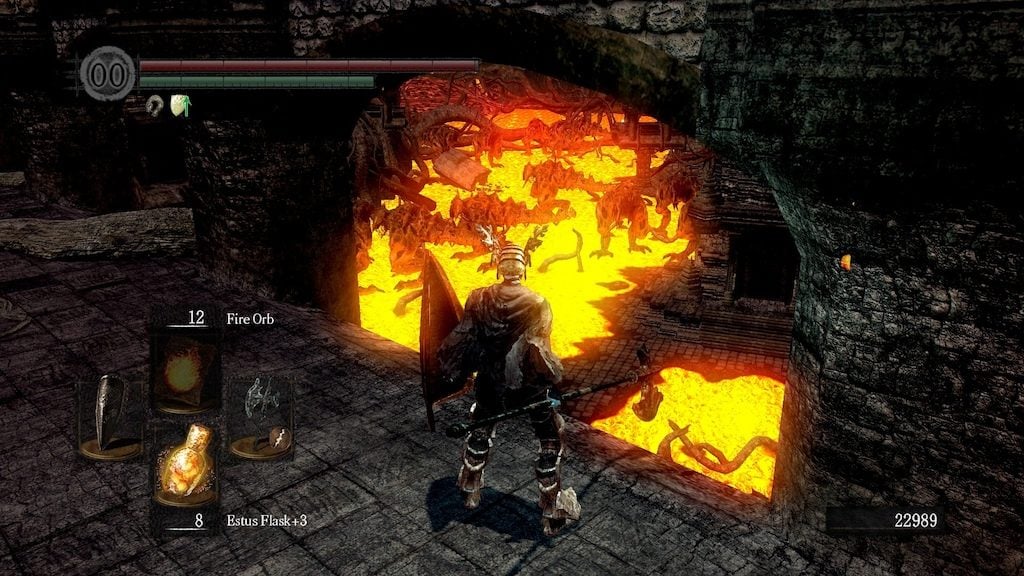 As many reviews of the remaster have pointed out, this release would have been a perfect time to fix the area, which felt unfinished on release; big stomping legs, drag-and-drop enemy placement, ugly eye-melting lava, and weak visual design all round. Weak for this game series, anyway. Finishing Lost Izalith would bring it up to par with the quality of the rest of the game.

For a while, I’ve been yearning for a PlayStation 4 release of Demon’s Souls. However, I hope for something more than Dark Souls Remastered, something closer to a full remake. There are plenty of design choices that are obtuse compared to the most recent releases in the series, such as the baffling World Tendency system. Some weapon upgrade trees that require large amounts of grinding to get the correct materials. Other gameplay additions, such as the drop attack, omnidirectional rolling and universally ungendered armour sets, would also be good, provided the remake was balanced around them.

Additionally, I believe a great addition to a Demon’s Souls remake would be the revival of the sixth Archstone. In the Nexus, the player can travel to five distinct zones which comprise the majority of the game’s levels through Archstones, which serve as teleportation devices. However, there is a sixth Archstone which is destroyed. This Archstone, supposedly, leads to the ‘northern land of the giants’. There were many rumours that this area was supposed to be expansion content for the game. However, if this was ever the plan, it never came to fruition.

Given the huge popularity of the Souls series, there would be no better time for Sony to revisit this often-overlooked gem and recreate it, especially with some of the refinements from more recent titles.

Should a remake be faithful to its source material? In most cases, yes. However, remakes should also seek to refine elements that need polish, fix parts that need fixing, and expand areas that ought to be expanded.

I hope that the Resident Evil 2 remake carries the spirit of its former self. I’m looking forward to visiting Raccoon City for the first time. But I’ll carry that nagging sense in the back of my mind that what I’m playing is a different experience to those who played it in 1998, hiding under their duvets.

What do you think a remake should strive to be? Leave a comment or abuse me on Twitter.