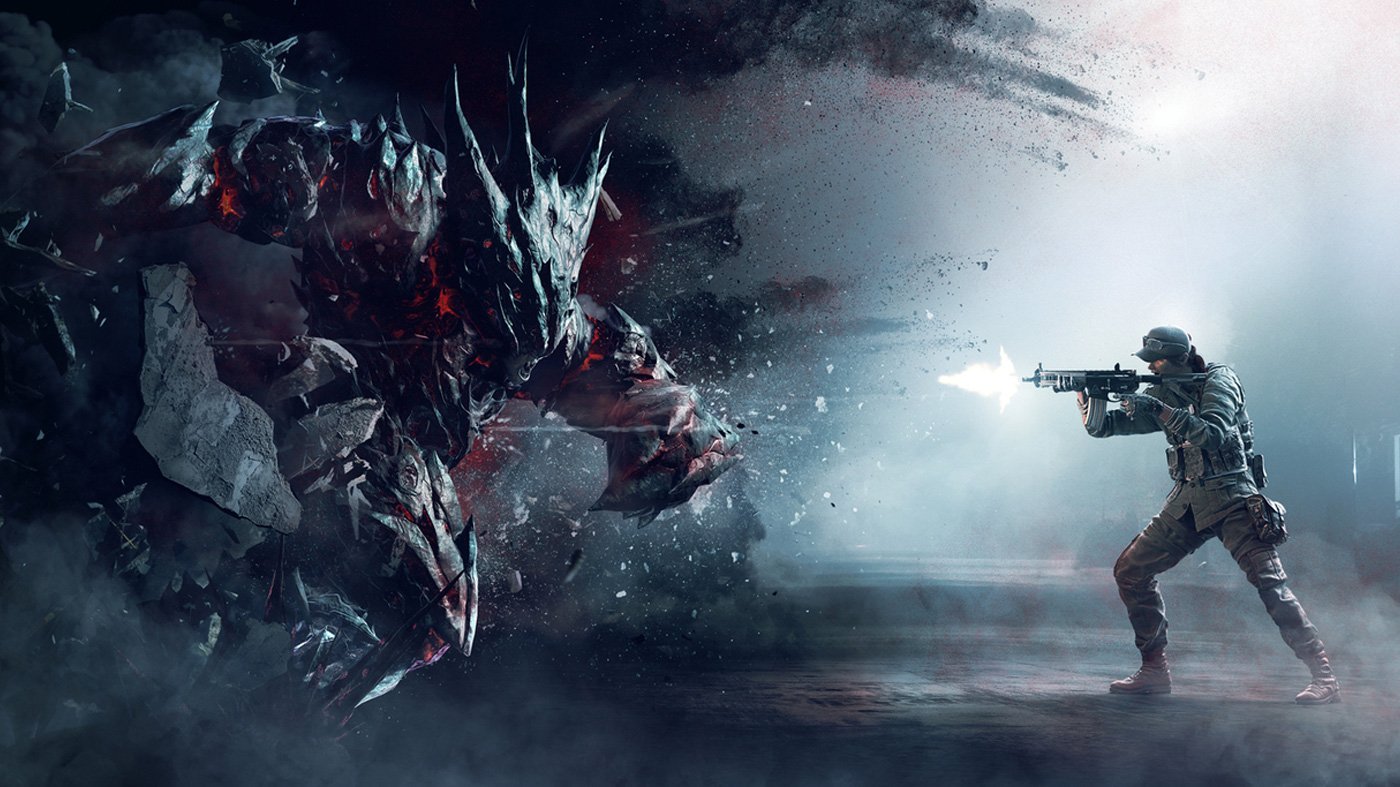 Upon its announcement, at E3 2019 Tom Clancy’s Rainbow Six Quarantine was met with a deafening silence. Not only did the game look entirely uninteresting but it was immediately obvious that it would be such a massive departure from everything that Rainbow Six had been previously that the game failed to capture the interest of even the core Rainbow Six audience. After the Covid-19 pandemic took the world by storm in early 2020, Ubisoft’s latest Rainbow Six game obviously required some retooling and Quarantine turned into Extraction.

Upon the game’s re-reveal under its new name, the sci-fi elements that disinterested me in the first place were still present but after getting a chance to play it I have been thoroughly pleasantly surprised. Defying all expectations, Rainbow Six Extraction provides an excellent cooperative experience that feels as though it’s from a bygone era, an era that coincidentally happens to be the very same as the franchise’s heyday, making Extraction more of a return to the series roots than anyone could have anticipated.

To provide a quick disclaimer: I am not intimately familiar with modern Rainbow Six. While I am aware of what Siege is and the basic mechanics, I have never had the opportunity to play the game myself. The bulk of my experience with the Rainbow Six series comes from Rainbow Six 3, Black Arrow, and Vegas. While my familiarity with modern Rainbow Six is limited, I spent hundreds of hours playing through Rainbow Six 3 and Black Arrow as a kid and thoroughly enjoyed Vegas on the Xbox 360. My perspective on and enjoyment of Extraction has come from a place of having enjoyed the older Rainbow Six games and from a broader perspective the entire Tom Clancy franchise of the mid-2000s.

One way in which Ubisoft failed to market Extraction was in what the moment-to-moment gameplay experience would actually entail. The Extraction experience is a series of short combat scenarios that serve as the game’s missions. Each mission features three microcosmic rooms each come with its own objective unique to the mission. After players progress through each room achieving their objectives and earning XP they are given the opportunity to extract thereby securing not only their earned XP but also their operators.

In the event that an operator is downed and not revived during a particular run, that operator is no longer available to the player until they are rescued during the squad’s next run through a mission. Mechanically the idea of forcing players to go back through missions to recover downed operators does wonders for the “one more game” mentality. Mission room maps are designed as tightly confined spaces and hallways. Level design and enemy density work in tandem to force the player squads into tense scenarios that can turn from good to very very bad in an instant. These scenarios force players to move slowly and together, making a stealth approach the best option in most cases so as to keep the odds in their own favor.

All these elements combine to make for an experience that harkens back to the glory days of Rainbow Six on the original Xbox. Condensed close-quarter missions that move slowly and deliberately practically necessitate a stealth approach in Tom Clancy’s Rainbow Six 3: Raven Shield and Black Arrow. The older games also featured a ridiculously quick rate at which the player dies as they take damage, making every encounter intense, steadily raising the stakes with each new mission.  Teamwork and synchronization became an absolute necessity in all the older games. Throughout the early 2000’s Ubisoft was completely unafraid to take the Tom Clancy IP in a very brave and very mature direction in the sense that their gameplay demanded patience and a methodical approach to reach success.

Bearing the Tom Clancy branding, at inception, Rainbow Six was naturally a series that was geared toward adults. While Extraction is a far cry from the likes of The Hunt for Red October, it shares a huge amount of DNA with those older games in the series. From the map and level design forcing players to adopt a stealth approach or face dire consequences, to the demand for teamwork and coordination to achieve objectives, at its core Extraction is a surprisingly old school Rainbow Six game. While the game obviously underwent some changes after Covid, the odds of the entire experience changing to accommodate the social climate in which quarantine is a regular practice are low. So it appears as though, from the beginning, Extraction was a labor of love from classic Rainbow Six fans who were unwilling to let the retro experience die.

The big question Extraction leaves hanging in the air is how it will affect the future of the franchise as a whole. It seems unlikely that the entire franchise moves back towards its origins and it’s almost certain that the franchise will not shift in that direction to the same degree that Extraction has, but considering what Siege has become, the possibilities are numerous. The prospect of multiple Rainbow Six games getting ongoing support from Ubisoft concurrently is becoming increasingly likely. As Extraction and Siege offer radically different experiences the possibility of additional spin-off Rainbow Six games being released every three or four years is at the very least intriguing.

Not only would this multi-pronged approach for Rainbow Six allow Ubisoft to continue to make money via Siege, but it would also allow the developers significantly greater creative freedom to make products that likely wouldn’t have been greenlit if they were expected to bear the weight of being the flagship Rainbow Six product. In a miraculous turn of events, Extraction seems to not only be pleasantly surprising in the moment-to-moment gameplay but could also be a template for what we are to expect from the series in the future.

Ultimately, Extraction being a spin-off of Siege is what empowered the developers to take huge risks in multiple ways. Not only were they able to harken back to the series roots but they also capitalized on the opportunity to fully realize a more out-there idea and take the series in a sci-fi direction. Seemingly the best part of Extraction is that Siege’s absurd money-making capabilities are preserved while the series is still allowed to grow and try new things. Extraction offers a truly remarkable co-op experience that anyone who was a fan of the older Rainbow games will adore. While the game’s reveal and marketing seem to have completely underwhelmed the target audience, hopefully, the game launching directly into Gamepass will be able to counteract the poor marketing and lead to success for a much more traditional Rainbow Six experience.