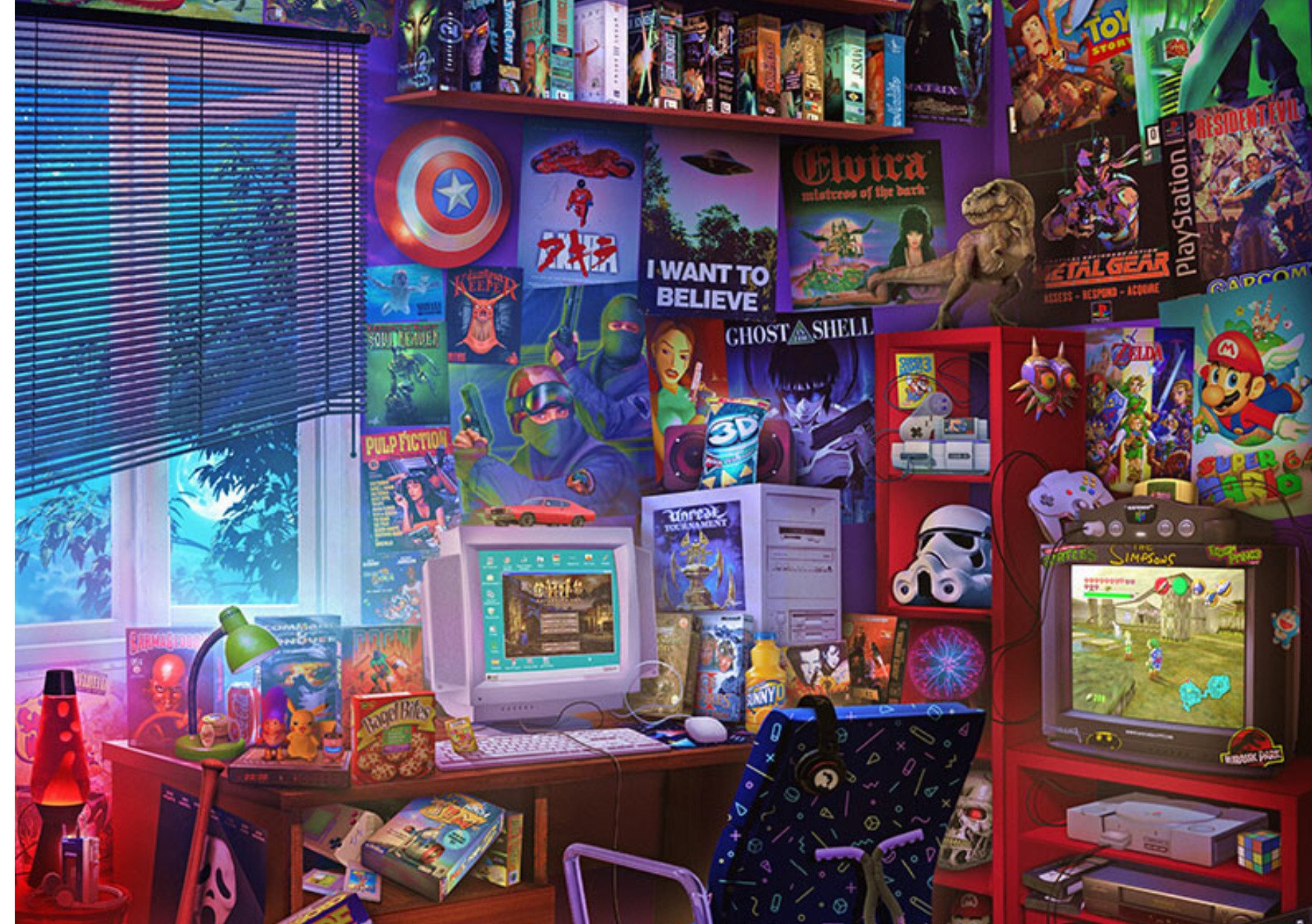 When it comes to art, the internet is saturated with millions of pieces from all across the globe. It can take something truly remarkable to stand out from the crowd when there is so much talent around, but artist Rachid Lotf manages to make a mark with his astounding artwork based around video game imagery. Lotf’s work is brilliantly varied, taking on different games, consoles, merchandise and companies from across several generations.

Lotf has a distinctive style that works incredibly well with the video game theme of his work and he perfectly captures the various posters and props from numerous pop culture titles. For example, in his Xbox 360 piece, a huge amount of posters from video games of the last decade plaster the walls such as Portal 2, Call of Duty 4: Modern Warfare and Alan Wake. He also includes some appropriately exclusive Xbox games such as Fable II and Gears of War as well as a Lancer prop gun from the Gears of War series and a Master Chief action figure from Halo. The attention to detail is astonishing and Lotf clearly has a keen eye and strong knowledge when it comes to video games.

Lotf also uses the nostalgia factor in several of his pieces, crafting illustrations of bedrooms with era-specific posters, memorabilia and games. His ‘90s Kid piece was the most nostalgic for me personally, depicting a small television with Metal Gear Solid being played on the screen. Stickers from shows like The Simpsons and The Fresh Prince of Bel-Air are plastered on the television set. Film posters like Space Jam and Jurassic Park adorn the walls. The child whose perspective is viewed clutches a PlayStation One controller and a Tamagotchi dangles from their wrist. Pokemon cards, PlayStation One games, and action figures from an array of film and television are sporadically decorated around the room, such as Toy Story and Sailor Moon figures. There are even some ultimate 90’s products hidden in the image, such as a Furby, a Rubix cube and a Bop It. Lotf’s ability to capture a whole generation with one image is astounding and is definitely worth taking a look at if you’re craving a nostalgia hit.

Check out some more of Rachid Lotf’s images below as well as links to his official website (where you can find all of his work) and social media.

Dead Space and the Power of Confinement

The Excavation of Hob’s Barrow is a Razor Sharp Adventure