Before Telltale were known for taking existing IPs and giving them the “cinematic game” treatment, they would take existing IPs and use them for the basis of more standard point n’ click adventure games. This is far from a bad thing, and though they would go on to find a more unique voice in the world of gaming with titles that utilized their trademark “interactive film” style (beginning with The Walking Dead), these point ‘n’ clicks were often bursting with personality and telling some great stories of their own. This is where Puzzle Agent comes in — a two-entry series that made its debut in 2010, and to this day remains Telltale’s only unique IP. It’s time to give this ominous, under-the-radar classic series a look, and see what made the trip to Scoggins such a worthwhile endeavor. 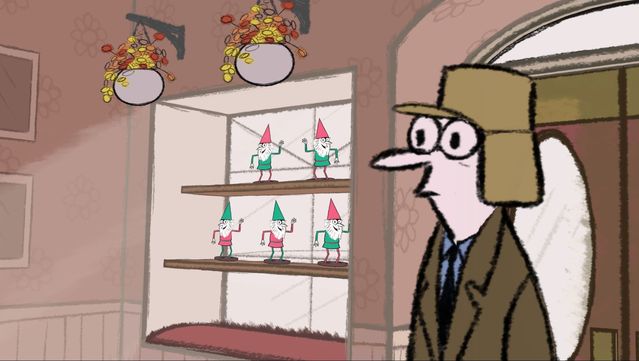 The most immediately interesting part about this series is its uniquity. While other Telltale games added on to an already existing universe, the world of Puzzle Agent was something built from the ground up, conceptualized by Mark Darin and Canadian cartoonist/animator Graham Annabelle (Of Grickle fame). It follows the story of Nelson Tethers, the only member of the Puzzle Research Division of the FBI. He is contacted about an eraser factory that has suddenly stopped production, and it’s his job to find out why. This means he must travel to the factory’s fictional location of Scoggins, Minnesota to unravel this mystery for himself.

This plot takes a number of surprising turns and remains interesting throughout both games. Agent Tethers is an excellent protagonist, and he fills his role as the endearing straight man in a strange town very well. It also helps that the voice cast nails each of their respective roles. The story definitely has echoes of the murder mystery of Twin Peaks and the genre-bending of the Coen Brothers, particularly Fargo. These are great influences to have, and the game works with them perfectly. It’s safe to say that if you’re a Fargo or Peaks fan, you will certainly find something to like with Puzzle Agent. While the games may be thematically similar to these existing works, they effectively utilizes these influences to create their own mysterious world for players to exist in. 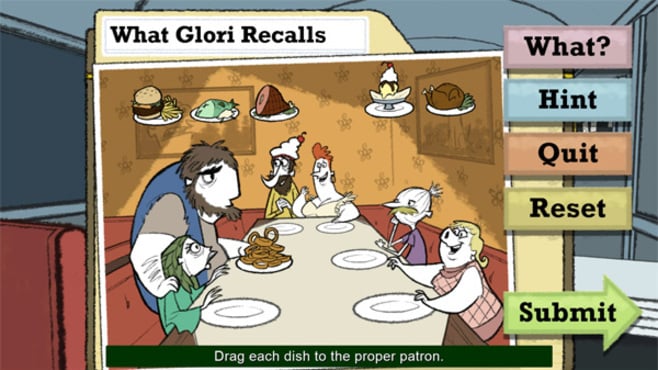 If you’ve heard of Puzzle Agent before, you’ve also probably heard it compared to the Professor Layton series at some point. The reason for this is that from a gameplay standpoint, they’re fundamentally similar. Both are point-n-click adventures in which players navigate a world where puzzles are plentiful, and both can be completed simply by talking to residents in the campaign. There’s even a hint system reminiscent of the hint coins in Layton, as Agent Tethers collects already-been-chewed gum (it helps him think) in order to uncover different hints about his own puzzles. Unfortunately, there are some puzzles that may cause frustration due to a lack of proper explanation, though most of them do their job quite well. True, the main gameplay of the series was technically “borrowed,” but it’s such a rare, entertaining gameplay style that it never feels tired. Not to mention that just about every other aspect of the series is much, much different than the beloved DS franchise.

One of the strongest aspects of Puzzle Agent is definitely the strange, oppressive atmosphere. As far as the overall tone and themes go, these games are dark. Scoggins really feels like a foreign land where Agent Tethers isn’t welcome. There always seems to be something off with the various residents that you meet, while the soundtrack and cutscenes will often utilize the eerie silence of the wind blowing. There are ever-present gnomes that seem to come out of nowhere provide some surprisingly creepy encounters and a constant sense that things can take a turn for the worse at the drop of a hat pervades. No doubt about it, there are some genuinely unsettling scenes to be found throughout.

Of course, Puzzle Agent isn’t shrouded in complete darkness — there is definitely humor to be found here, particularly with the entire oddity of the world around you, as well as Annabelle’s expressive artwork. However, the laughter almost always comes with a certain level of discomfort, keeping the player from feeling completely relaxed. It’s thanks to this that the series is so difficult to simply define. Is it a comedy? Not exactly. Is it a straight mystery? Well, sort of. It’s this droning, uncomfortable atmosphere and mix of emotions Puzzle Agent establishes that makes the series so memorable. 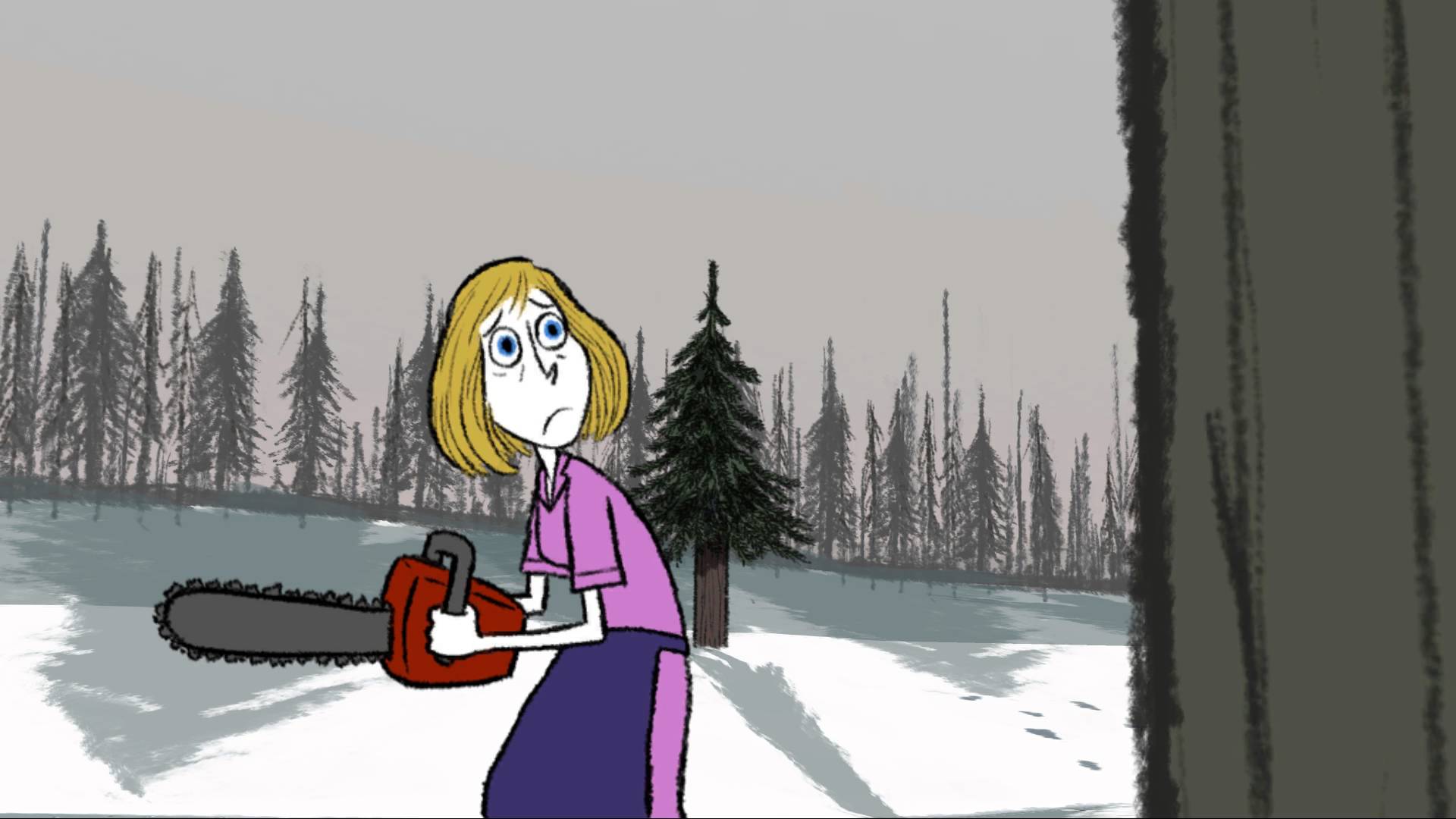 The other place where the games really shine is the presentation. The music brings every bit of mystery that one could ask for. It’s varied and introduces some very charming themes to solve puzzles and experience the town of Scoggins to. Where this game really shines, however, is in its hand-drawn aesthetics. Annabelle’s frenzied and sharp illustrations permeate, and they look fantastic. In fact, the games really do look like actual drawings that happen to be interactive. Even the animation itself is reminiscent of a comic strip, with the characters lacking actual “animations,” instead opting for a style that is more akin to a series of separate drawings that convey movement. This style of animation might seem odd at first glance, but it soon becomes just another personality trait of a series that already has plenty of it. It ends up giving the series a unique visual flair that has yet to be replicated elsewhere. 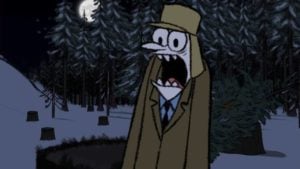 Puzzle Agent is an overlooked gem of a point n’ click adventure that has many influences, all while crafting something great on its own. If you do decide to give it a look, be sure to play them in order, because entry 2 picks up directly from where 1 left off. They’re each about 4 hours long, give or take. The biggest reason to play this series is for the story, and it’s not one that you want to spoil for yourself. There are plenty of memorable moments to be found in each, and at the end of the day, Puzzle Agent is a rather hard series to accurately summarize. Perhaps it’s best to go with the series’ tagline: “A Dark and Twisted Puzzler.” It’s certainly one of Telltale’s most unique offerings, and perhaps one of their best.

Thanks to a gripping atmosphere, perplexing puzzles, memorable characters, and an endlessly-winding plot full of suspense that never lets up on the intrigue, there’s a long list of reasons as to why Puzzle Agent is worth a look. It’s yet another example of the creative wonders that Telltale was able to give to the gaming universe.